Swindon Town will be on the hunt for a crucial three points when they head to Crawley Town on Easter Monday (3pm Kick-Off).

Phil Brown's side will be hoping to round off a busy weekend on a high note at the Checkatrade.com Stadium, following the 1-1 draw with Morecambe on Good Friday. 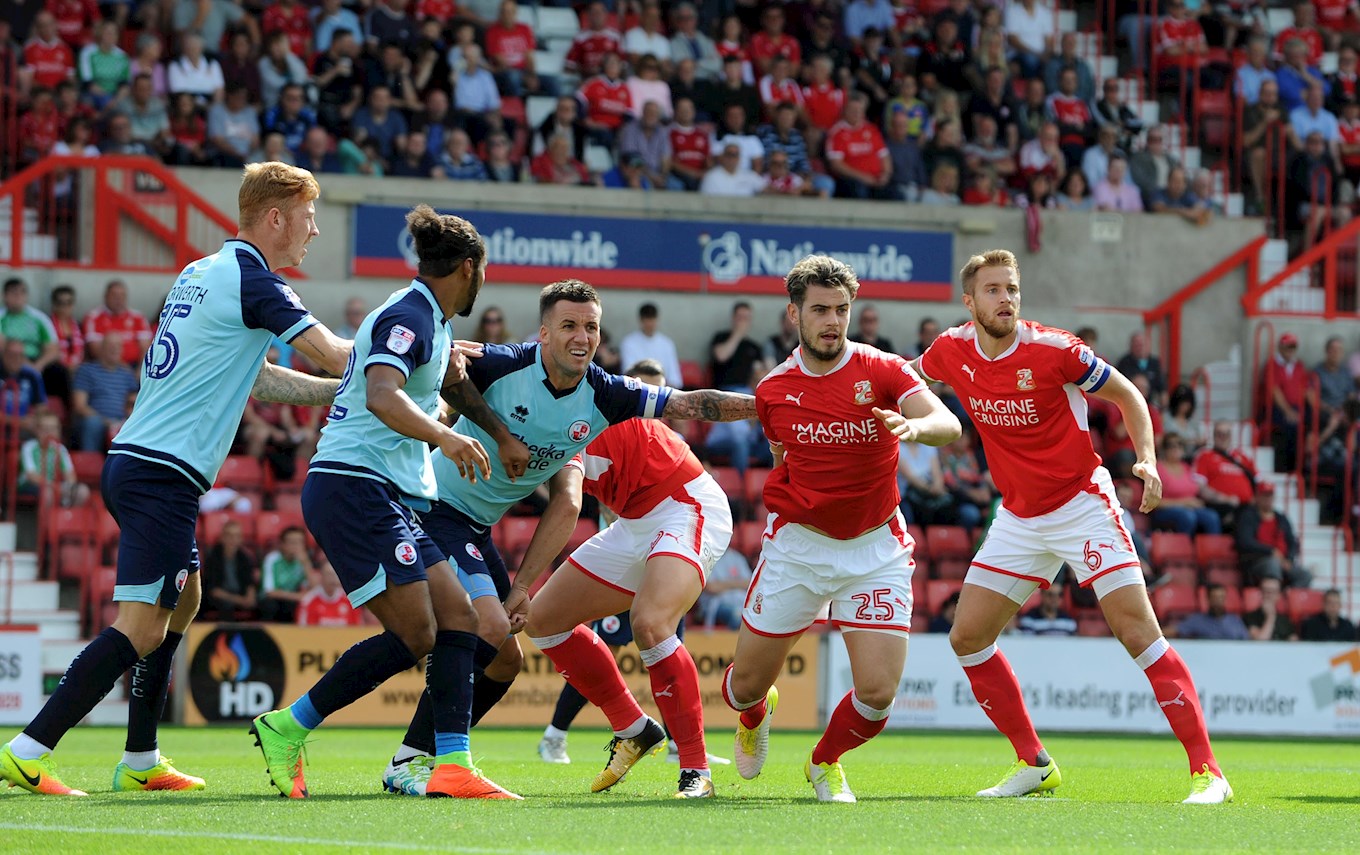 It was a day to forget for Town at The Energy Check County Ground in August 2017, with the Red Devils running out 3-0 victors thanks to goals from Jordan Roberts, Jimmy Smith and an own-goal from Olly Lancashire.

Crawley are running a 'Pay What You Can' promotion for tomorrow's game, with home and away fans able to pay a minimum of £1 per ticket.

Tickets are available on the day.

SWINDON TOWN are hoping to have Ryan McGivern and Olly Lancashire back available with the pair expected to train today.

Reice Charles-Cook has recovered from a wrist injury, although Ellis Iandolo is still a few weeks away from a return, as is Matt Preston. 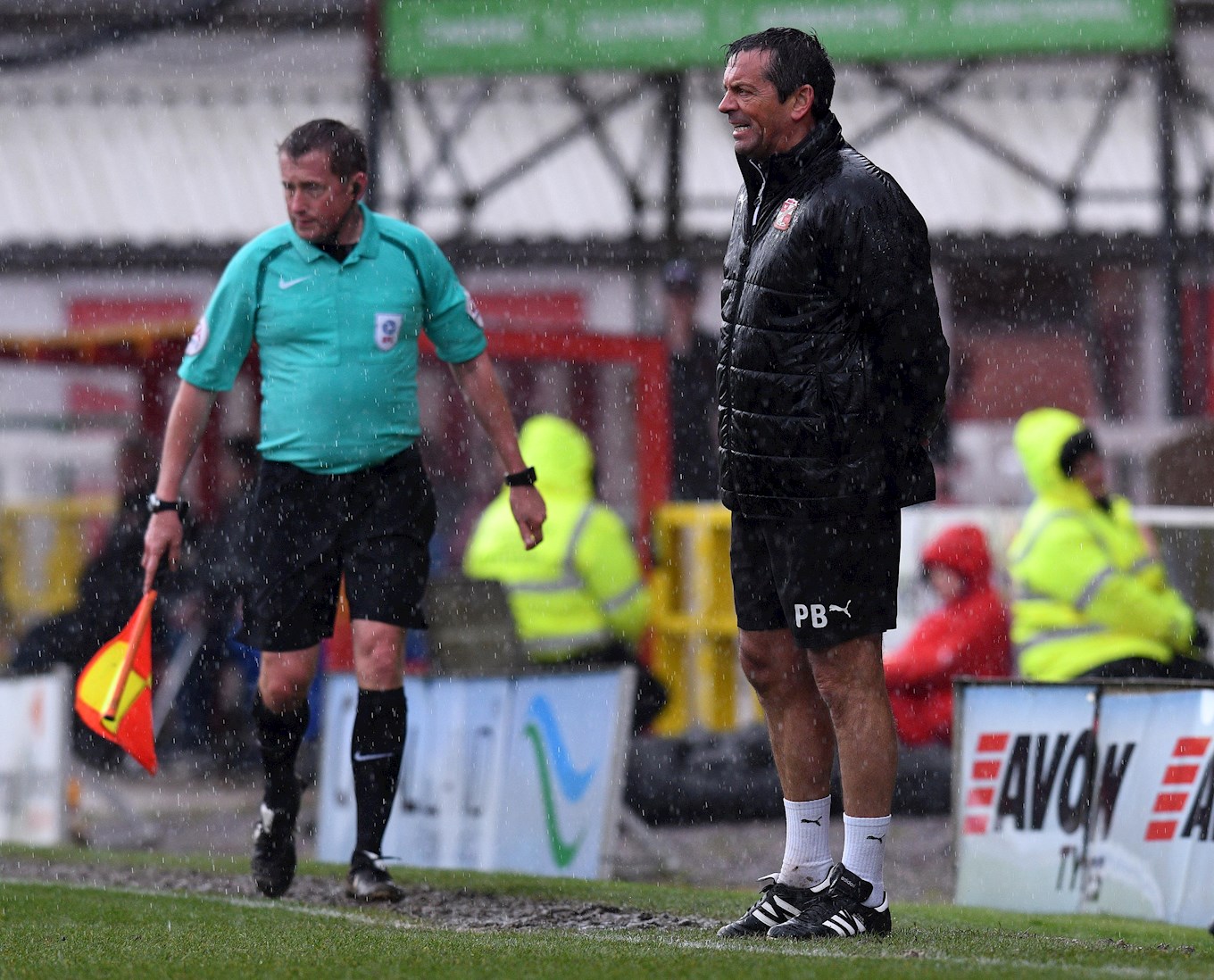 Phil Brown, Swindon Town Manager: "It is a place where they are capable of scoring goals, but they are also very, very capable of conceding goals.

"They will want an open and expansive game, that's what the manager is all about but it is all about winning.

"If we win on Monday then we are back on track."

Not making the trip on Monday? Not to worry -  there are plenty of ways to follow all the action! 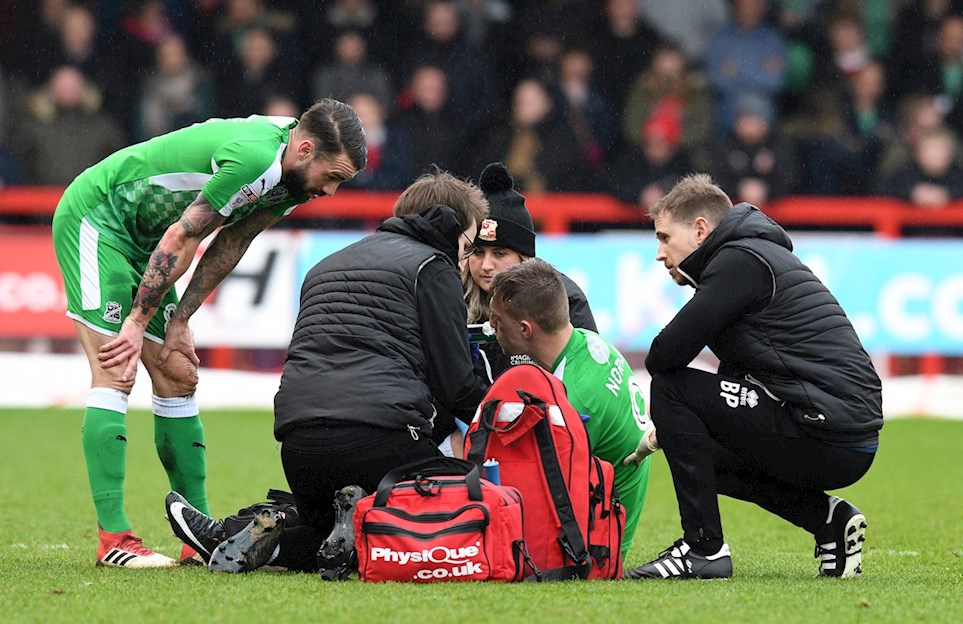 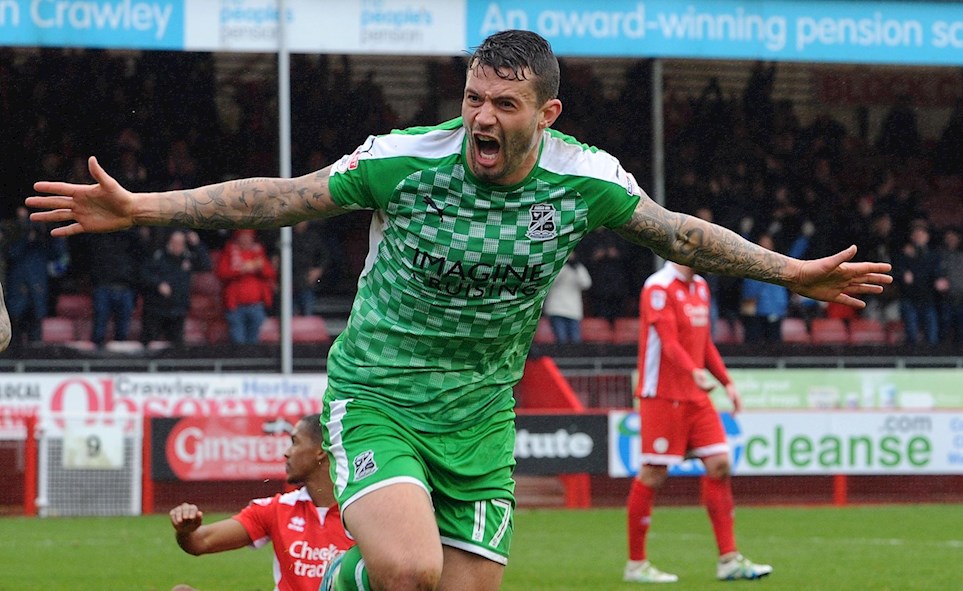 
Swindon Town turned on the style late to ensure they left Crawley Town with a point on Easter Monday. 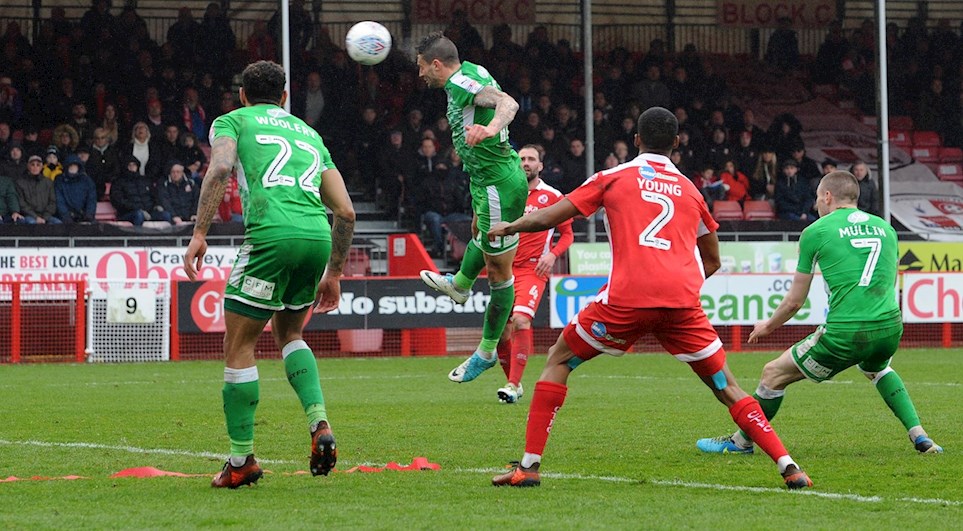 
Swindon Town came from behind to snatch a point in a 1-1 draw with Crawley Town on Easter Monday at the Checkatrade.com Stadium. 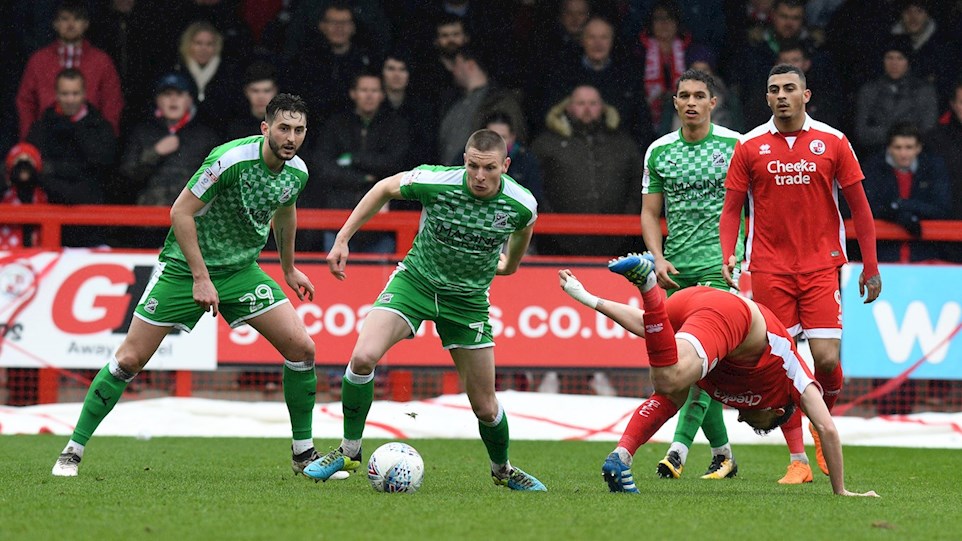 
Swindon Town struck late on to secure a point in a 1-1 draw with Crawley Town on Easter Monday.

Marc Richards' late header earned Swindon Town a point in a 1-1 draw with Crawley Town at the Checkatrade.com Stadium this afternoon.

Jimmy Smith's superb strike gave the hosts the lead, despite the fact that the visitors had looked lively in the opening stages of the game.

After plenty of huffing and puffing in the second-half Town finally got on the scoresheet as Richards headed home a late, late equaliser.

Despite having only played on Friday, Phil Brown made just the one change from the side that drew 1-1 with Morecambe.

Brown was also able to name Olly Lancashire and Ryan McGivern amongst the subs with the defensive duo having recovered from injury, whilst Matty Taylor was the man chosen to captain the side.

It was another huge game for Town with the race for the Play-Offs really hotting up in the final few weeks of the season.

A victory was needed in order to keep up with the rest of the chasing pack and it was so nearly a dream start for Phil Brown's side.

Kaiyne Woolery galloped down the right-hand side with just two-minutes on the clock and, although his cross was blocked, Ollie Banks was able to hook the ball back in and Matty Taylor's deflected cross was headed off the line by Josh Yorwerth.

Woolery then fired over the bar on the turn before Mark Randall hammered a shot wide at the other end after skipping past a couple of challenges.

Town were dealt an early set-back, however, with Luke Norris stretchered off with a shoulder injury with just 13 minutes on the clock - Paul Mullin was his replacement.

That led to a slight tactical switch with Keshi Anderson joining Woolery up-front and Mullin slotting in on the right-hand side.

Woolery had another sight at goal soon after but he was stopped before he could pull the trigger, whilst Rollin Menayese and Chris Hussey combined well to break down a dangerous-looking attack.

But, for all their bright play in the opening exchanges, Town found themselves a goal down 25 minutes in. 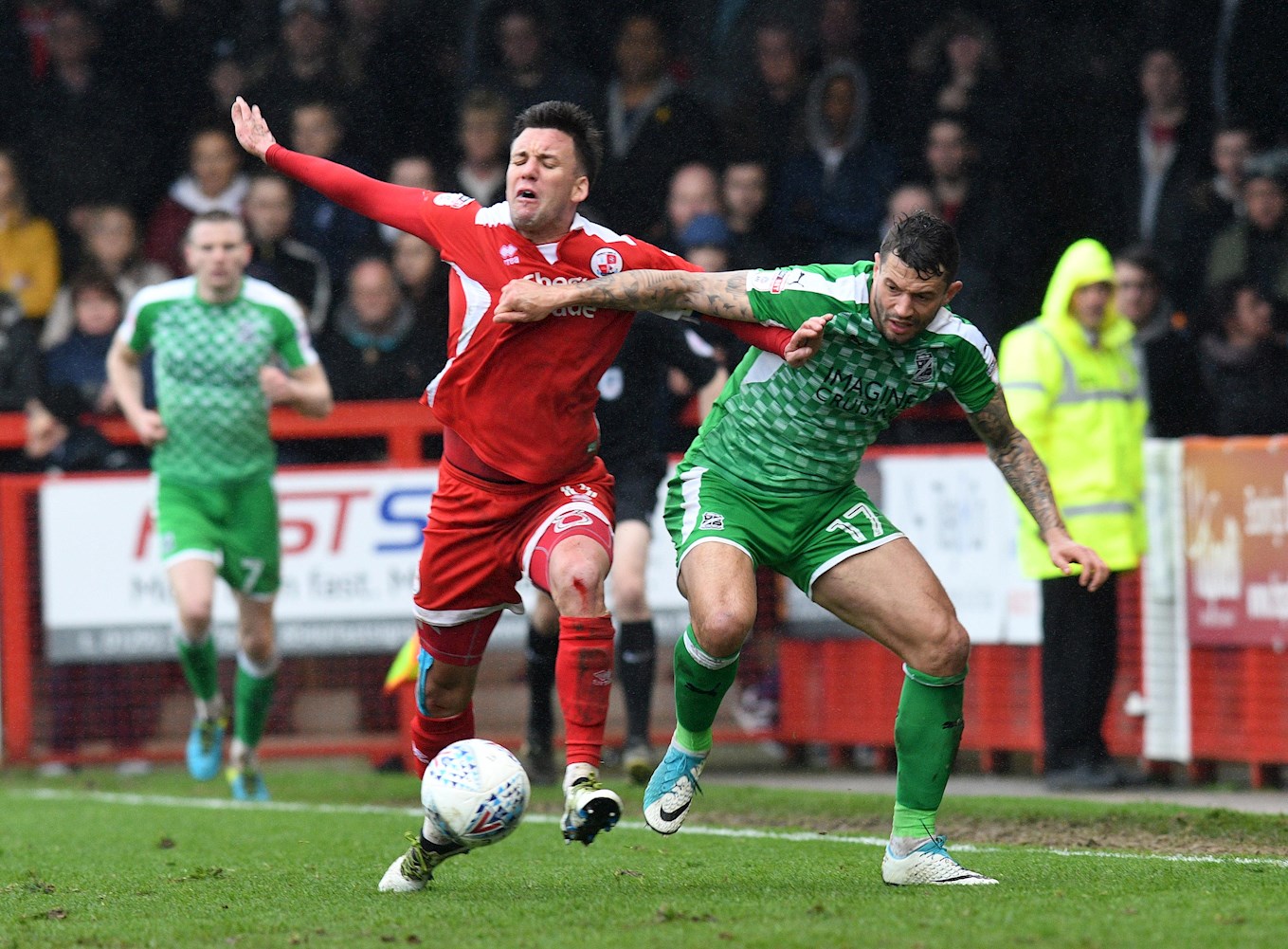 Jimmy Smith controlled a throw-in on his chest before smashing an unstoppable volley over the head of Stuart Moore and into the far corner.

Town tried to muster up an instant response but they were missing a clinical edge with Menayese heading over from a Taylor corner.

Moore then did well to get down low and smother Karlan Ahearne-Grant's effort after the attacker latched onto Mark Connolly's cushioned header.

Crawley were enjoying a spell of pressure in the wake of their opener and they had another chance to double their lead, although they weren't able to take it with Ahearne-Grant sending a free-kick over the bar.

Ahearne-Grant was proving to be a real thorn in Town's side though, and he went close yet again on the stroke of half-time, sending a curling effort towards goal which brought a superb stop from Moore to claw it out for a corner.

Town started the second-half brightly and were able to fashion a chance straight after the re-start with Woolery sending a low strike into the arms of Morris.

Kyle Knoyle was then able to pick out Mullin and the striker's header was just about dealt with by Morris. 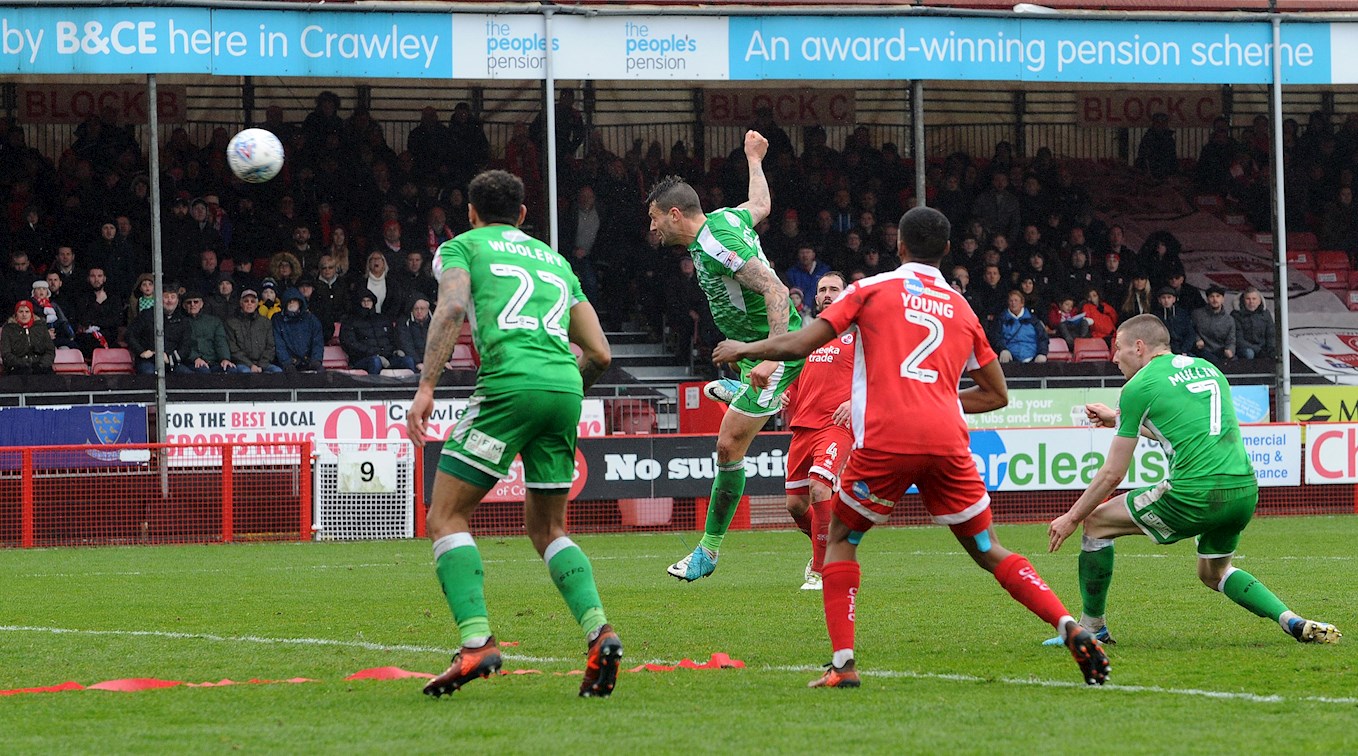 But Town were nearly punished for a lapse at the back moments later after Menayese was pick-pocketed by Enzio Boldewijn, who was able to pick out Randall and the attacker could only plant his shot against the post.

With an hour played Town decided a fresh face was needed and they threw Marc Richards into the action with James Dunne making way.

But it was Crawley who threatened next as Menayese's weak header was picked up by Ahearne-Grant, who got the better off Ben Purkiss before seeing his drive blocked by the legs of Moore.

Town then made their third and final change of the game with Keshi Anderson making way for Donal McDermott.

It certainly added some urgency to the Swindon attack with Ollie Banks seeing a volley palmed away by Morris, before Mullin fired wide on the turn from the resulting corner. 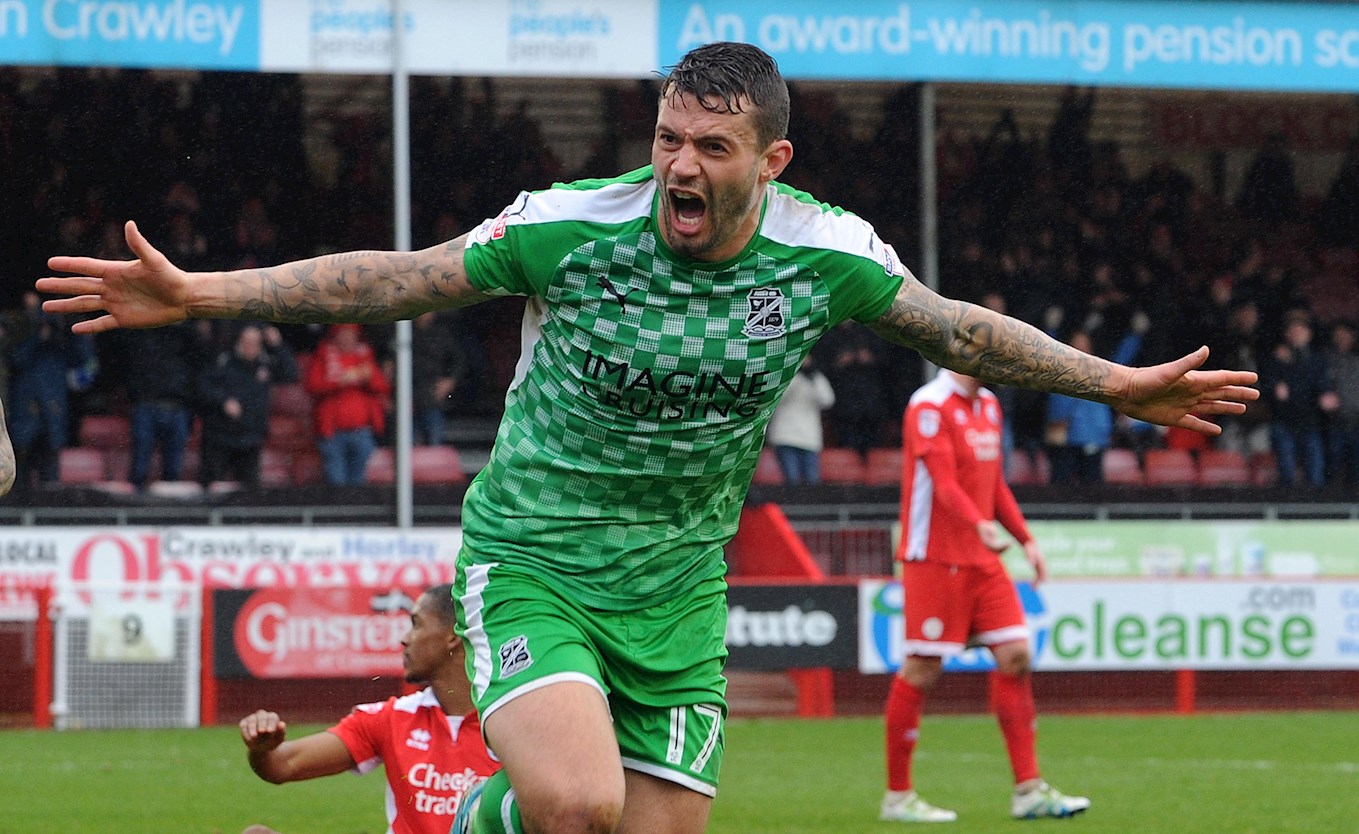 Neat build-up play gave Camara a golden chance at the other end but he could only fire wide, and that miss would come back to haunt the hosts moments later.

Crawley were unable to clear their lines from a free-kick and they were punished as Banks pumped the ball back in and Richards was on hand to head home the equaliser and earn Town a point.


Swindon Town turned on the style late to ensure they left Crawley Town with a point on Easter Monday.


Swindon Town came from behind to snatch a point in a 1-1 draw with Crawley Town on Easter Monday at the Checkatrade.com Stadium.


Swindon Town struck late on to secure a point in a 1-1 draw with Crawley Town on Easter Monday.