Swindon Town are back in Sky Bet League Two action on Saturday away at Lincoln City (3pm Kick-Off).

Dave Flitcroft's side will be looking to make it three wins in a row after following up a 4-3 victory against Crewe with a 1-0 success away at Stevenage on Tuesday night.

Lincoln were also in action in midweek, beating Newport County 3-1 to keep in touch with the automatic promotion places. 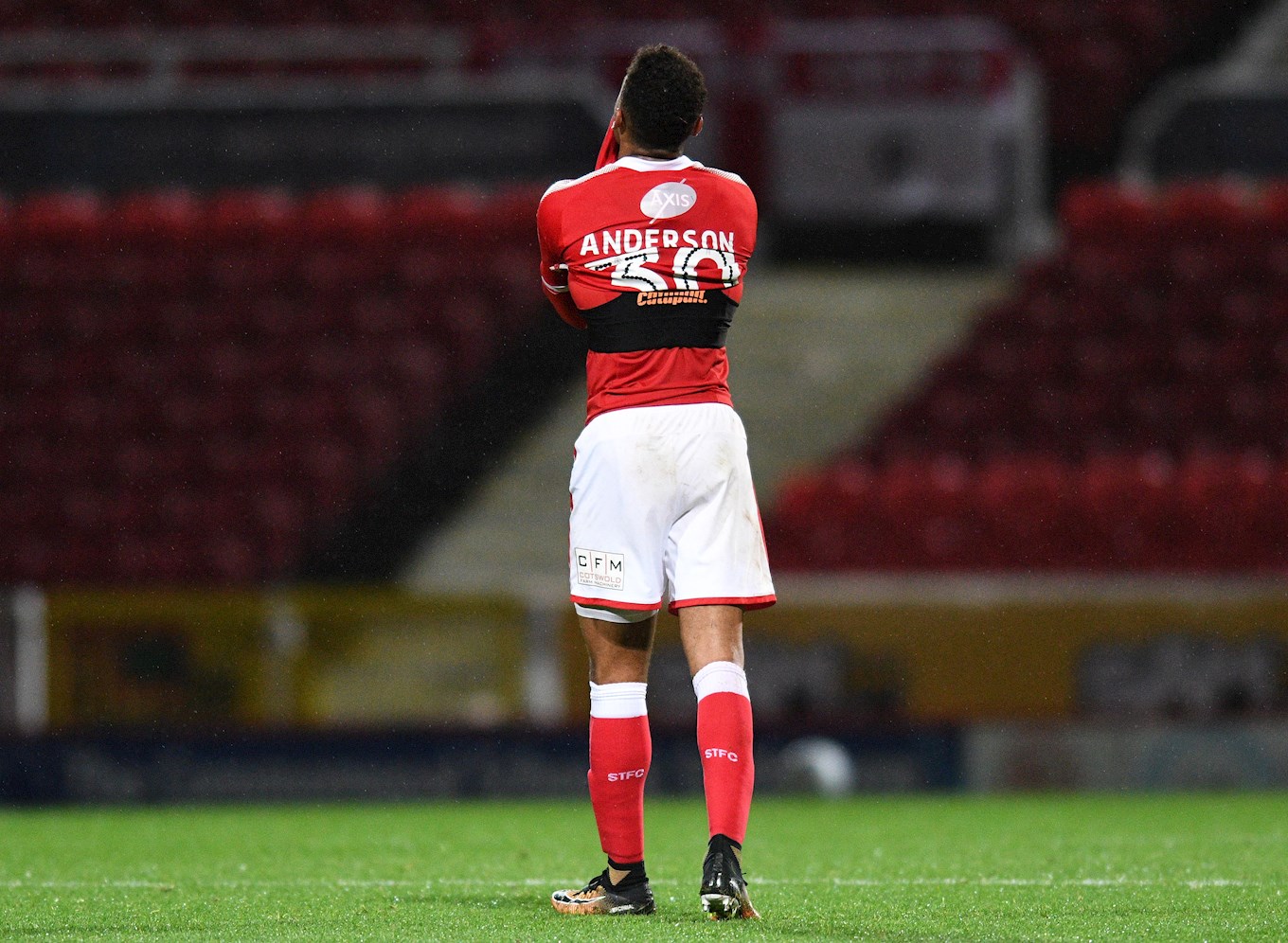 Sean Raggett scored a later winner to give The Imps all three points in a 1-0 win at The Energy Check County Ground in October 2017.

Tickets are now off sale but Town fans will be able to buy tickets on the gate on Saturday.

Lee Frecklington completed a stunning return to Lincoln earlier this month and he's already showing why he has spent so much of his career in the Championship. 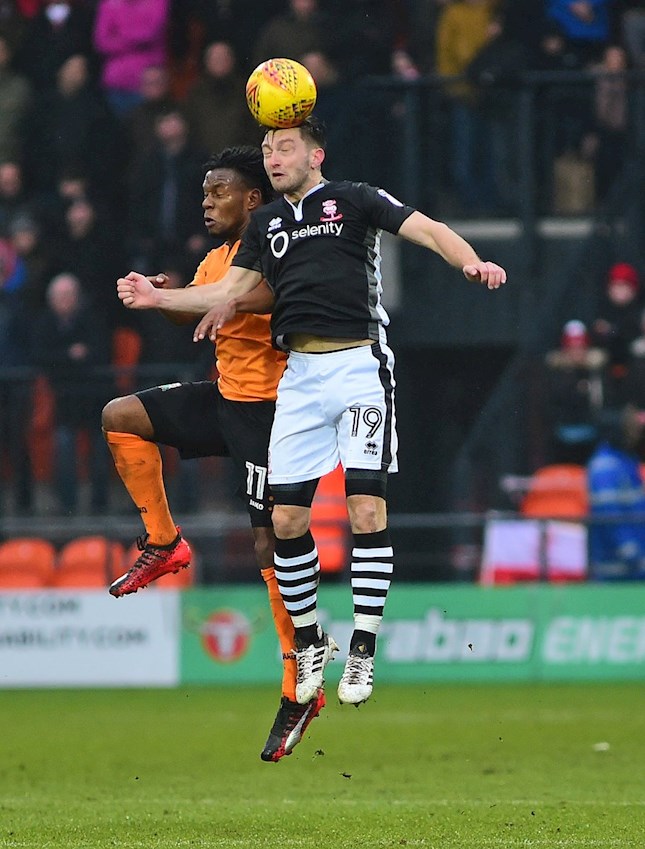 The cultured midfielder has got an eye for a pass and the ability to contribute goals and assists, but his work-rate is also exemplary and he'll be relied upon to get Lincoln ticking tomorrow.

LINCOLN CITY will be without goalkeeper Josh Vickers who is set for a lengthy spell on the sidelines.

However, The Imps could hand debuts to new signings Tom Pett, Scott Wharton and Ryan Allsop who all arrived on Transfer Deadline Day.

SWINDON TOWN have no fresh injury concerns ahead of the weekend and new signing Rollin Menayese, who arrived on loan from Bristol Rovers on Transfer Deadline Day, could be involved in the squad tomorrow.

Chris Hussey and Donal McDermott have both suffered set-backs in their road to recoveries, while Amine Linganzi is on course to return to action by the end of the month.

Danny Cowley, Lincoln City Manager: "It is another big game and it is the middle game of our three-game home run.

"It will be a tough game and Swindon have got an unbelievable record away from home - they've got the best away record in the league.

"They are on a good run of form, they've added some good players in this window and we're expecting a real tough game." 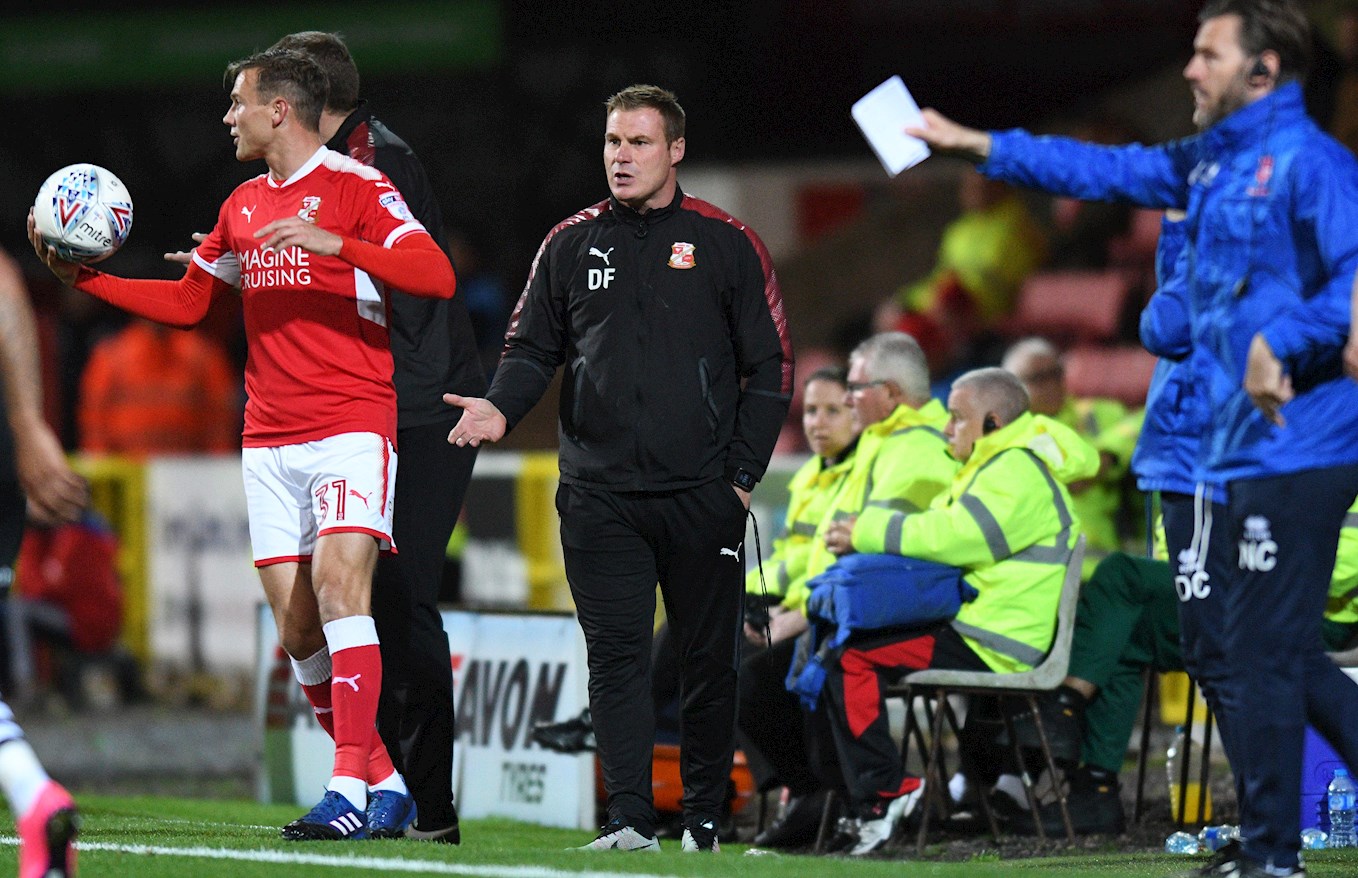 Dave Flitcroft, Swindon Town Manager: "They are a direct and robust team and that is what Danny (Cowley) has built.

Not making the long trip on Saturday? There are plenty of ways to follow all the action! 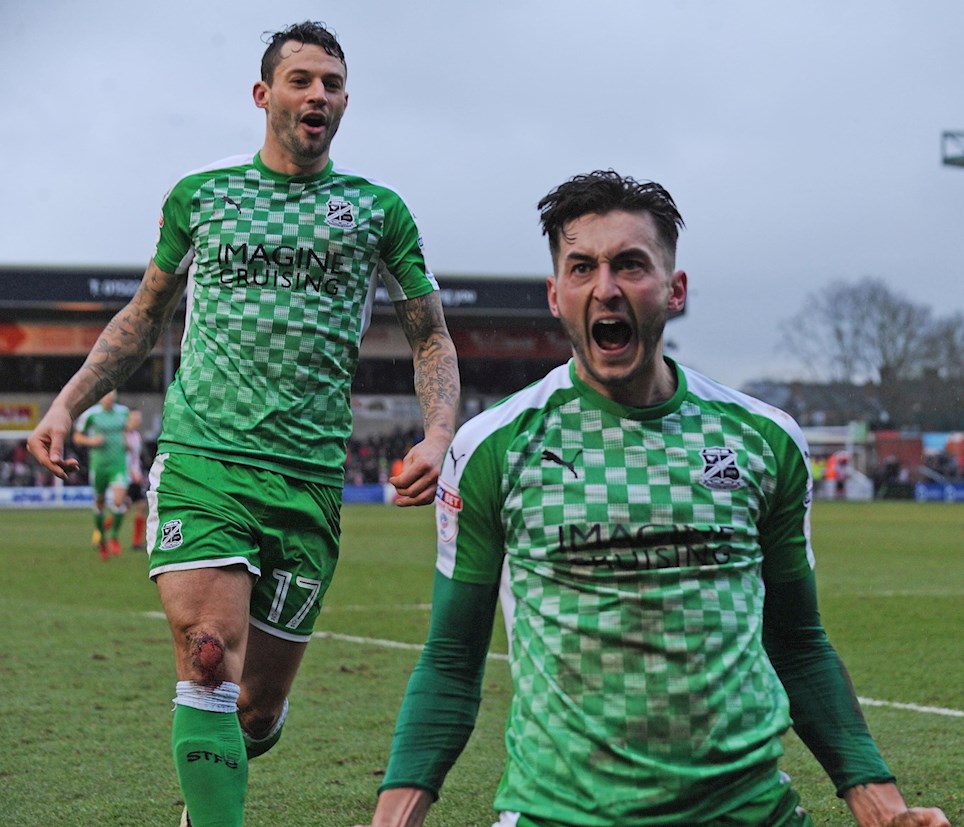 
Swindon Town had to settle for a share of the spoils on Saturday following a 2-2 draw with Lincoln City. 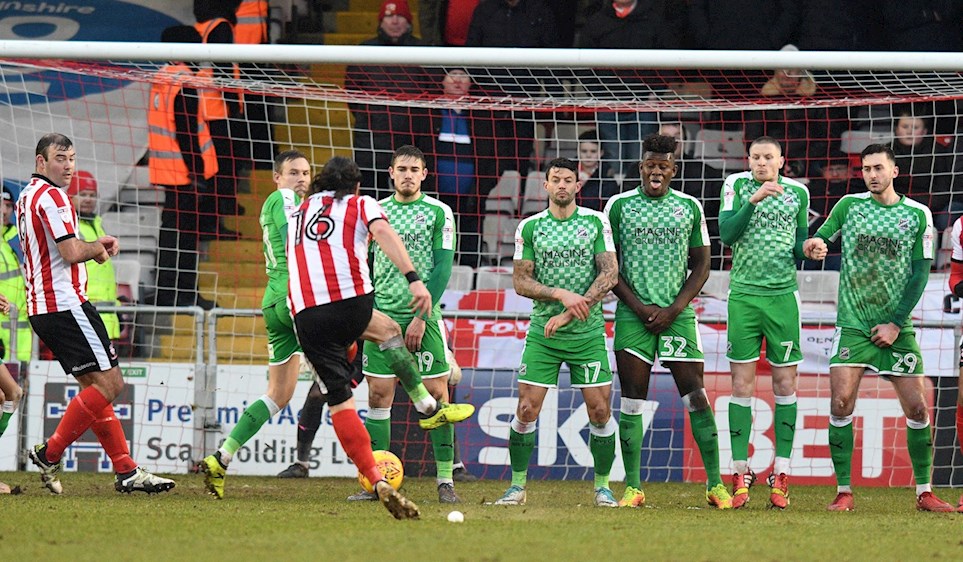 
Swindon Town suffered late heartbreak in their 2-2 draw away at Lincoln City on Saturday. 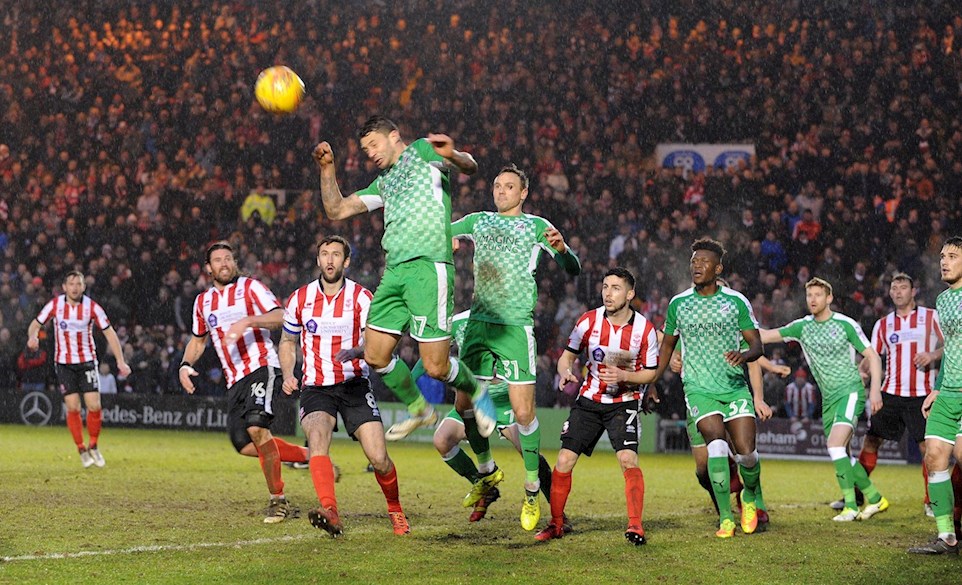 
Swindon Town were forced to settle for a point following a dramatic finish in their 2-2 draw with Lincoln City on Saturday.

Swindon Town were forced to settle for a point in a 2-2 draw against Lincoln City at Sincil Bank this afternoon.

Despite starting well, the Reds found themselves a goal and a man down with Lee Frecklington spot on with his penalty after Matt Preston committed a professional foul on Matt Green.

Swindon have shown character in abundance so far this season, however, and it was evident once again with strikes from Marc Richards and Ollie Banks giving the ten-men a slender half-time lead.

Lincoln were on top for the majority of the second-half though and they snatched a point at the death following a goalmouth scramble.

Town Boss Dave Flitcroft opted to name an unchanged Starting XI from the side that beat Stevenage in midweek, while Deadline Day signing Rollin Menayese was handed a place on the bench.

The Reds entered this contest looking to make it three wins on the bounce, but they were facing an Imps side also in good form and full of confidence.

And it was a fairly bright start by the visitors as Luke Norris ran into space and saw his drive blocked, before Marc Richards was crowded out by a host of defenders. 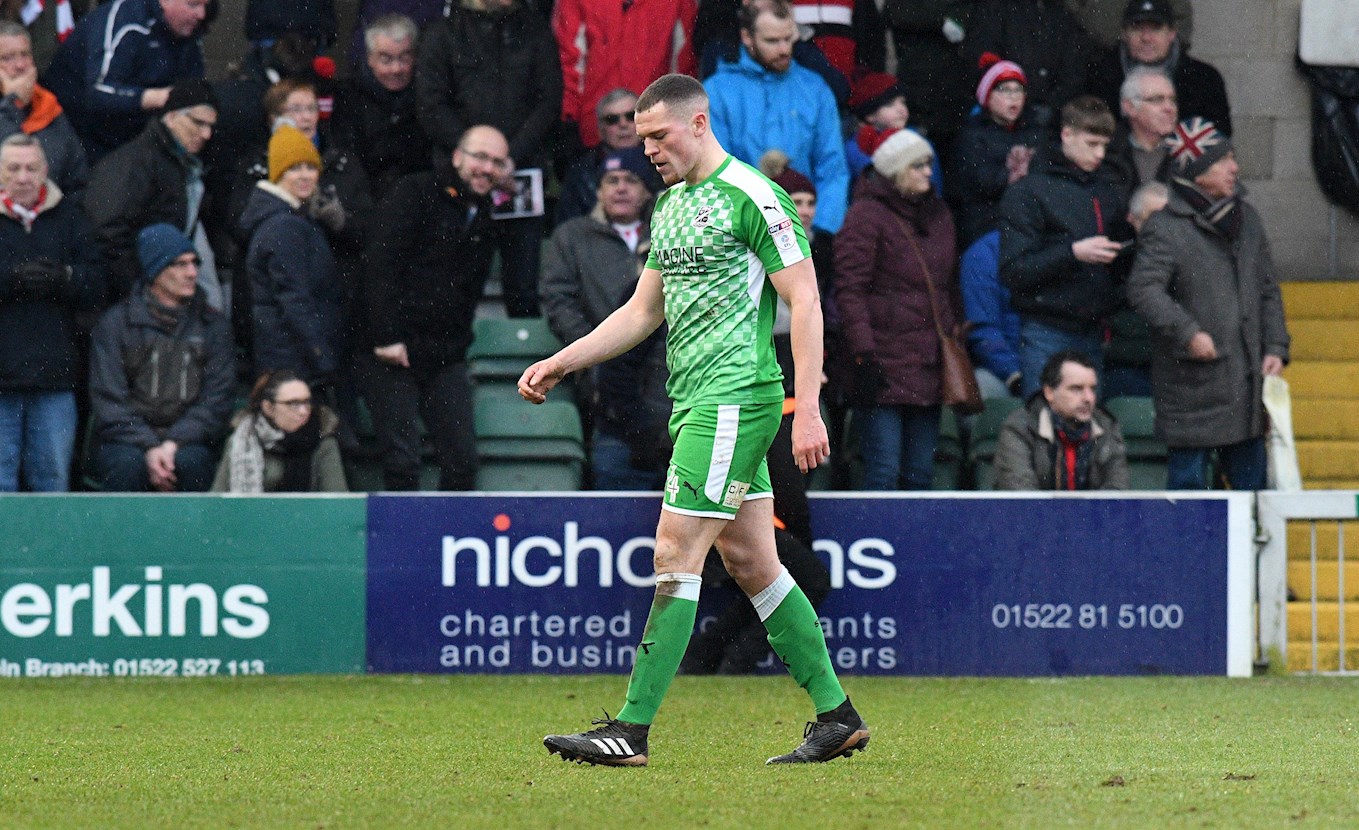 Keshi Anderson then curled a shot past the post following a good spell of pressure, before Norris saw his effort deflected inches wide by James Wilson.

It was all one-way traffic in the opening exchanges and Town were able to carve out another decent opportunity with Matty Taylor sending a 25-yard free-kick just past the post.

But Town were dealt with an almighty sucker-punch with twenty-two minutes played as Matt Preston was shown a straight red card for hauling down Matt Green inside the area, with Lee Frecklington converting from the penalty spot despite the best efforts of Reice Charles-Cook who got plenty on the shot.

Going a man down forced Town to change things up and it was Luke Norris who made way with Rollin Menayese coming on to make his debut following his Deadline Day arrival from Bristol Rovers.

It was going to be an uphill battle for Swindon but they were showing plenty of fight and spirit with Richards flicking a volley just over the bar. 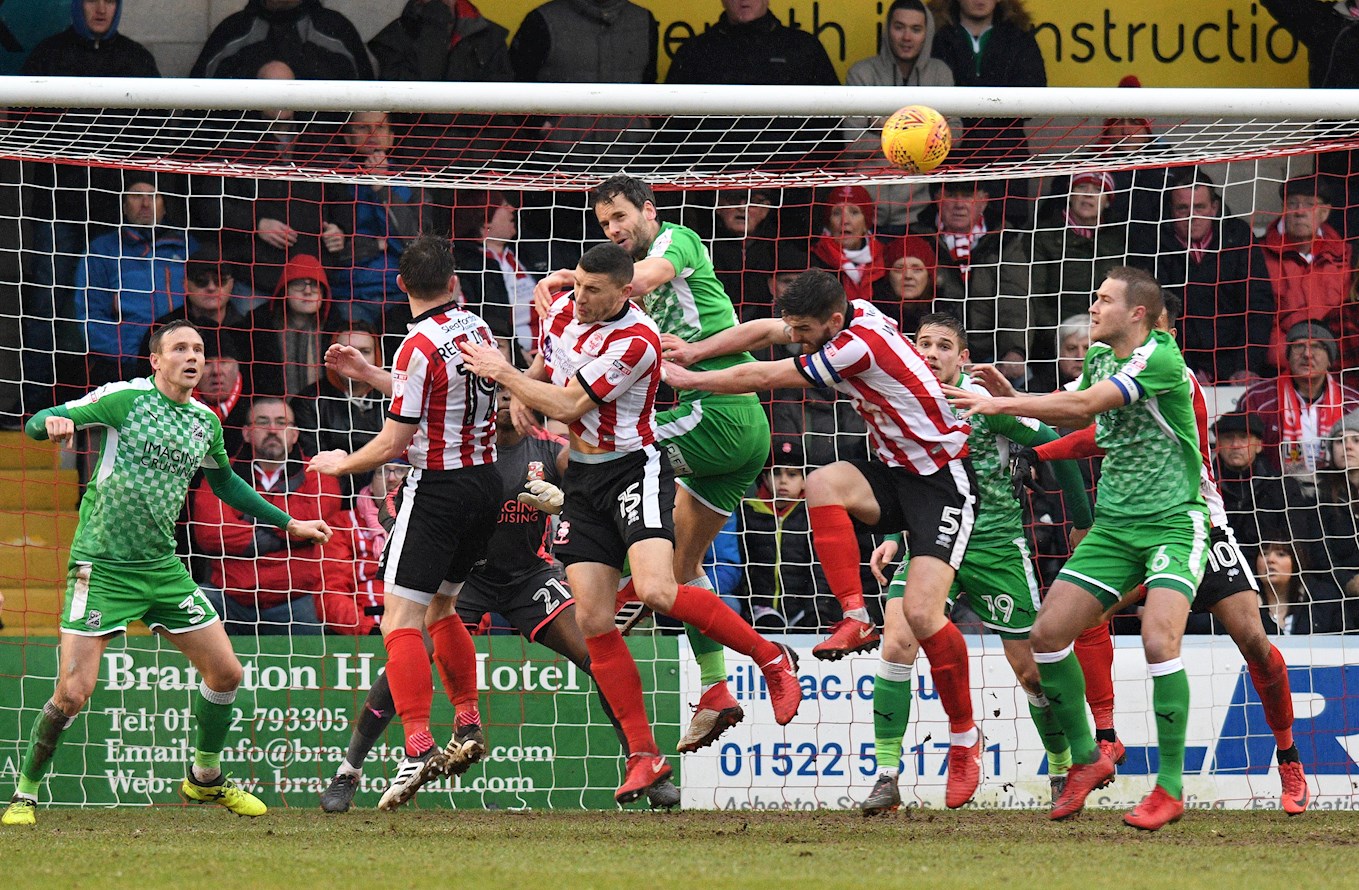 However, with a man advantage Lincoln were always going to be dangerous on the break and so it proved as Harry Anderson lashed wide from 25-yards, before Green scuffed a shot wide.

But Town were galvanised by being a man down and they completely turned the game on its head within a couple of minutes.

Timi Elsnik's shot was only parried by Paul Farman and Richards was there to tuck home his third goal in Town colours.

And it only got better a minute later as Town, full of confidence following their leveller, poured forward again with Ollie Banks this time thumping home a superb strike. 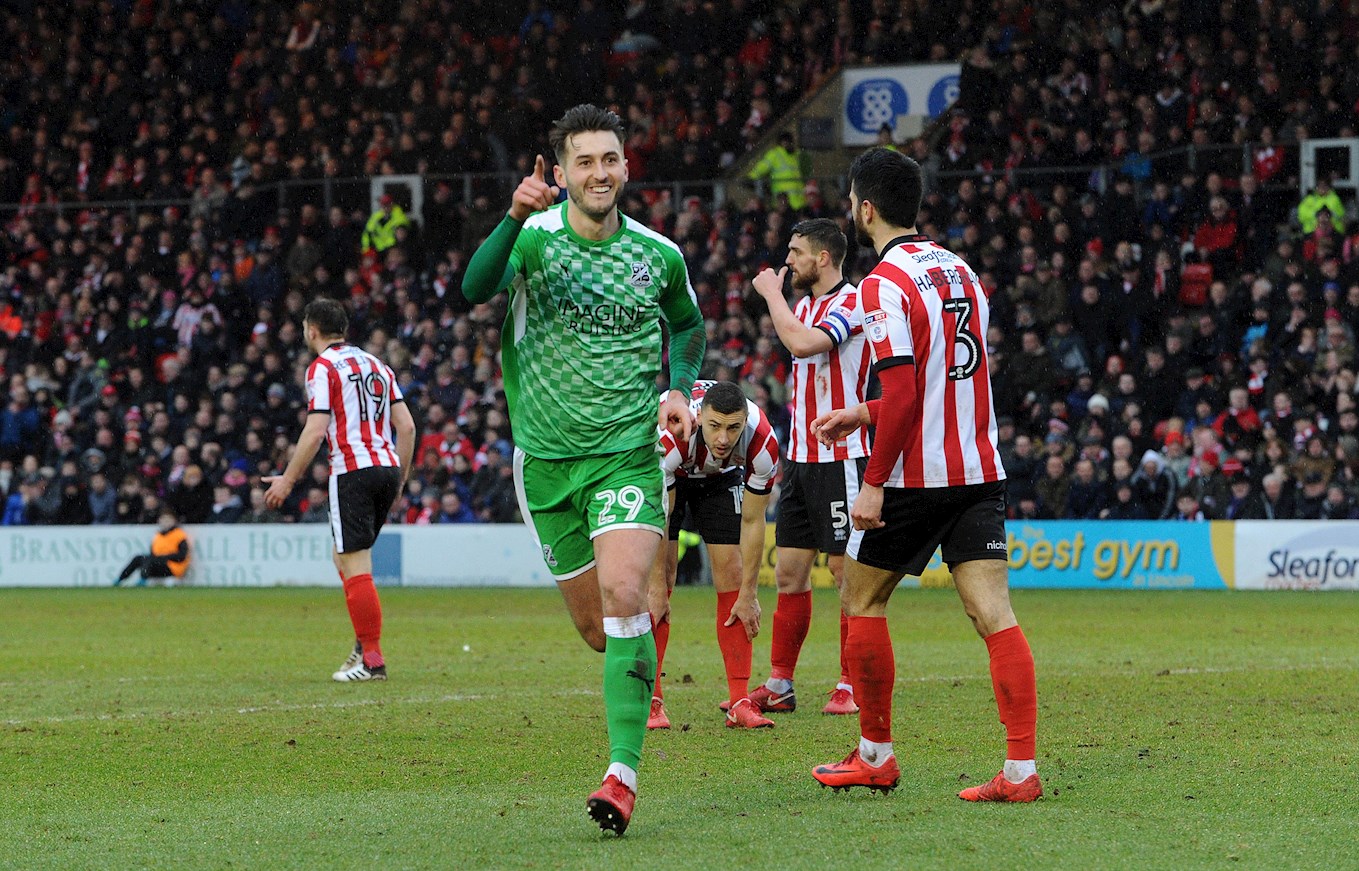 Danny Rowe had a long-range pile-driver saved by Charles-Cook and that proved to be the final action of an action packed first-half.

Lincoln were piling the pressure on from the off after the break but Town were doing a good job of holding firm and dealing with everything that was thrown at them.

The visitors then introduced a pair of fresh legs with Paul Mullin replacing Kellan Gordon in a bid to stem the tide.

Lincoln were still on top though as Michael Bostwick flashed an effort wide, before the Town defence had to stand firm again to clear their lines from a glut of crosses into the box.

There wasn't as many clear-cut chances in the second-half and Town were doing a superb job of frustrating their hosts. 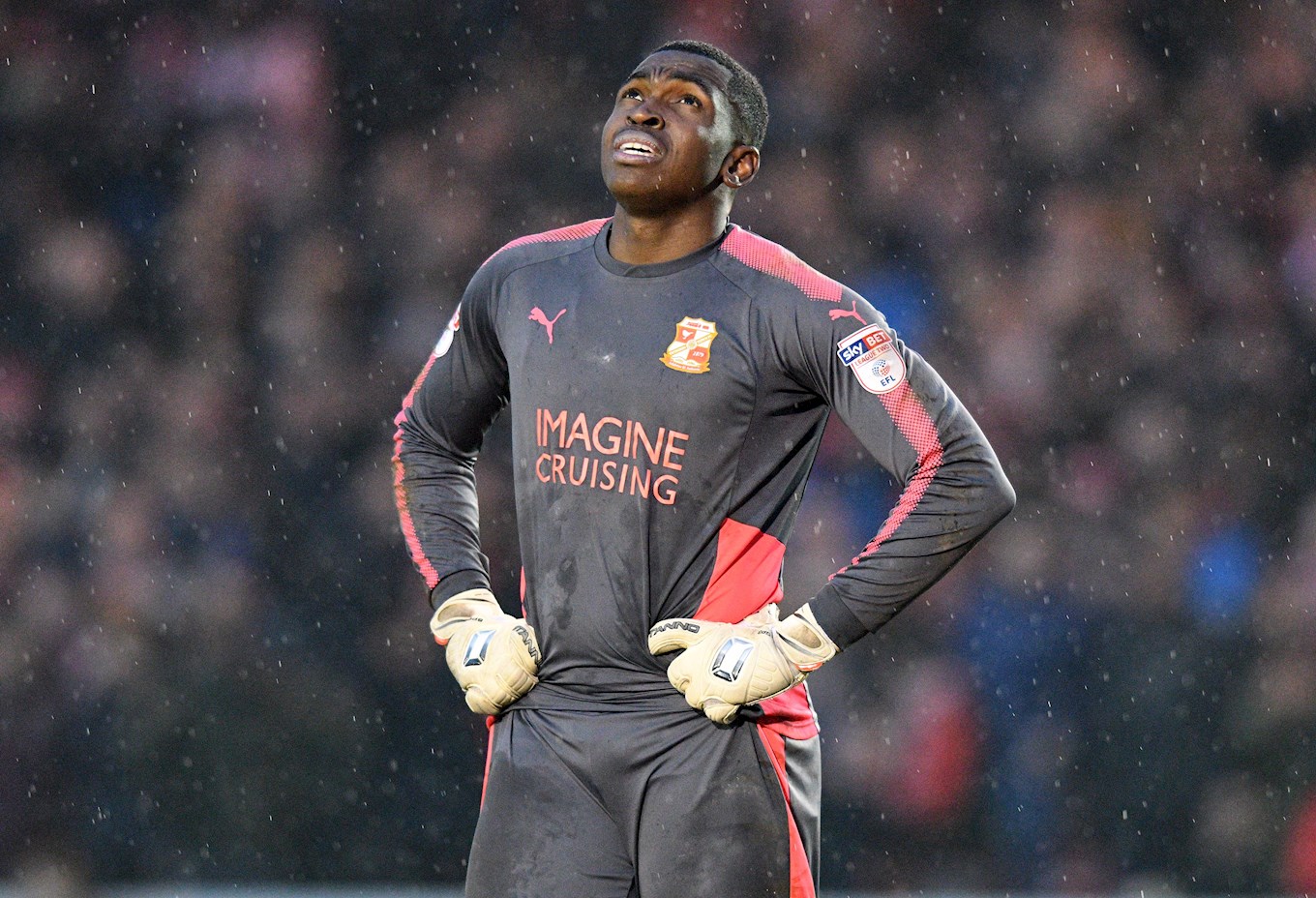 But it was Town who nearly added to their lead as Elsnik cut in before sending a shot against the bar.

And that miss would prove costly with Michael Bostwick bundling home a last-minute equaliser to rescue a point for the hosts.


Swindon Town had to settle for a share of the spoils on Saturday following a 2-2 draw with Lincoln City.


Swindon Town suffered late heartbreak in their 2-2 draw away at Lincoln City on Saturday.


Swindon Town were forced to settle for a point following a dramatic finish in their 2-2 draw with Lincoln City on Saturday.

Town have been allocated 1,459 seated tickets for this fixture.

Should tickets still be available, then advance ticket sales at Swindon will stop at 12pm on Friday 2nd February.

If tickets remain they will be available on the day but with an increase of £2 for adults and £1 for all other price bands.

PLEASE NOTE - TICKETS FOR THIS FIXTURE GO ON SALE FROM 9AM ON TUESDAY 16TH JANUARY 2018.