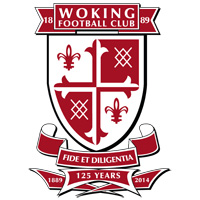 Swindon Town head to Woking on Saturday for their penultimate friendly of pre-season.

The Reds take on The Cards tomorrow at Kingfield Stadium – 3pm Kick-Off.

Dave Flitcroft’s side have just recently returned from a hugely beneficial warm-weather training camp in Portugal, while they took on Derby U23’s and a strong Benfica outfit in behind-closed-doors training games earlier this week.

Tomorrow’s fixture will be one of the last opportunities for the Town players to impress before the opening day trip to Carlisle United on Saturday 5th August.

John Goddard will line-up against his former club, with this match arranged as part of his switch to SN1 last summer, and the midfielder can’t wait to return to his old stomping ground.

“It is a special club for me and I have some very fond memories from my time there,” he told swindontownfc.co.uk exclusively.

“I am very fond of the club, I’m still in contact with a few people there and I managed to get back there a few times last season to watch the boys.

“It is another good test for us to get some important minutes in the tank and to work on a few things tactically.

“I’m sure Woking will have a strong side, hopefully they can do well and it will be a good test for us.

“It will give the manager another opportunity to look at a few things before the Carlisle game, which is the main focus for us.”

Tickets will be available to buy on the door at Woking tomorrow.

Swindon Town turned on the style after the break to record a 3-0 victory against Woking in a pre-season friendly this afternoon.

Both sides had opportunities in the first-half although Lawrence Vigouroux was the busiest of the two goalkeepers having had to make a couple of fine stops.

Luke Norris and Harry Smith both tried their luck for the visitors while Inih Effiong rattled the post just moments into the second-half.

Although they were forced to be patient, Town’s efforts were eventually rewarded thanks to efforts from Norris, Dion Conroy and John Goddard and it proved to be a productive and fruitful day at the office.

With the opening day trip to Carlisle United a week away today, Dave Flitcroft opted to name a strong starting XI at the Laithwaite Community Stadium with the likes of Lawrence Vigouroux, Olly Lancashire, James Dunne, Harry Smith and Luke Norris all featuring from the off.

With a young team set to take on Chippenham on Tuesday, this afternoon’s fixture was a final chance for many players to impress ahead of the 2017/18 Sky Bet League Two curtain raiser next weekend.

And the visitors certainly showed plenty of endeavour in the opening exchanges with Chris Hussey sending a 30-yard free-kick over the bar, before Donal McDermott’s ball into the area was parried to safety by Nathan Baxter. 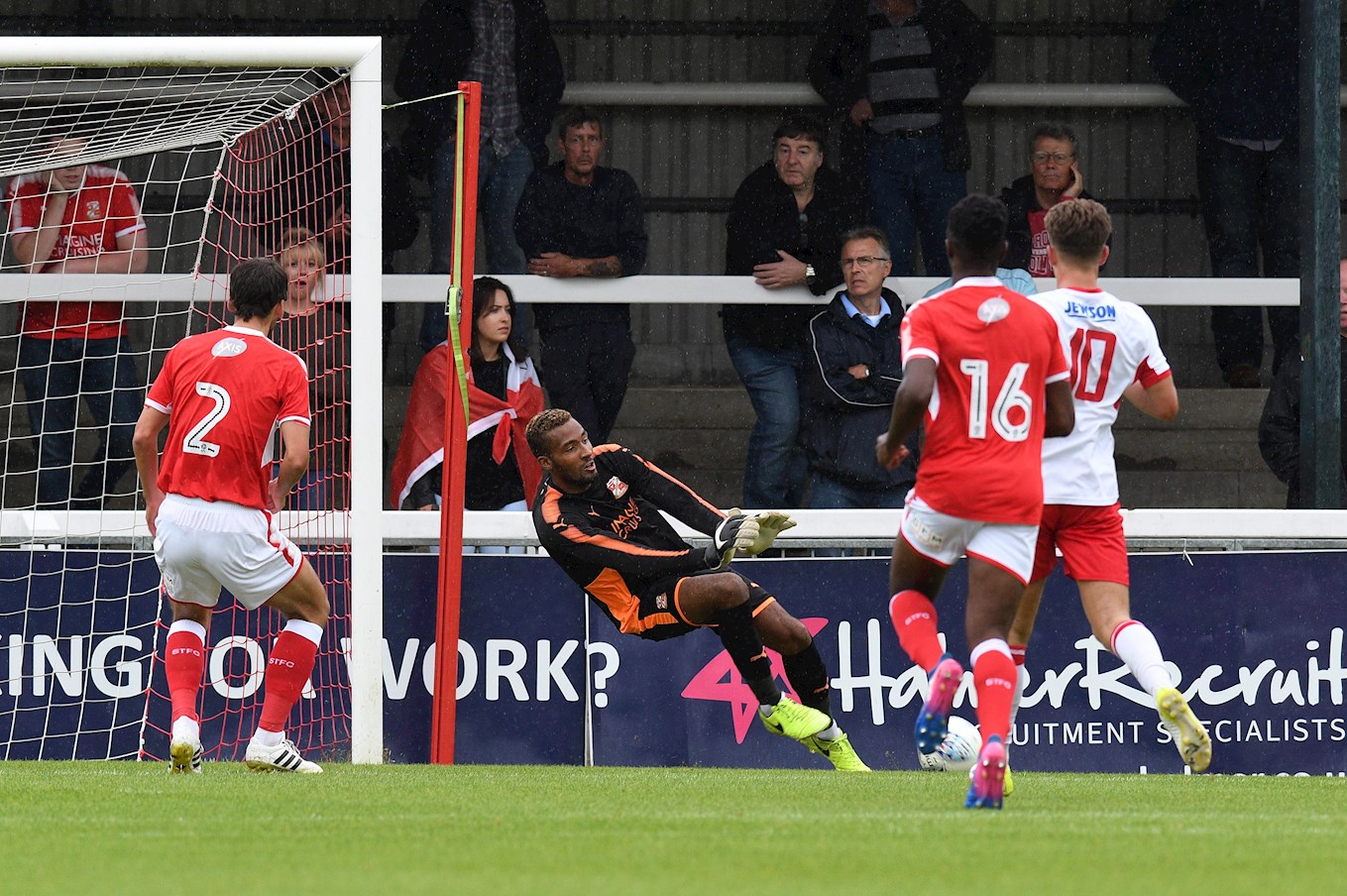 It was then Woking’s turn to threaten as Inih Effiong scuffed a shot wide, although he went closer moments later after forcing Vigouroux into a smart stop.

Town were soon back on the attack though and they nearly broke the deadlock thanks to Norris, who sent a curling effort from long-range just wide of the far post.

With the rain lashing down, both sides were showing plenty of endeavour although chances were becoming few and far between.

However, it was Woking who fashioned the next best chance of the half with Chez Isaac’s venomous drive from distance drawing a fine save from Vigouroux, who tipped the shot around the post.

Joey Jones nodded just over from the resulting corner before the Reds attempted to flex their attacking muscles at the other end.

A good move resulted in Hussey being found out wide and he was able to pick out Smith with a pinpoint cross, although the towering frontman was unable to keep his header down.

And Town finished the half strongly with Thomas seeing a shot blocked, before the ball was worked into the path of Norris who warmed the palms of Baxter.

Flitcroft opted to make a change at the break with Paul Mullin replacing Harry Smith, but it was the home side who made the better start to the second-half with Effiong striking the post, before Bobson Bawling scooped the rebound over the bar.

John Goddard, returning to his old stomping ground, then took the place of Conor Thomas bang on the 50-minute mark and he was in the thick of the action straight away, picking out Mullin with a sublime pass before forcing Baxter into action with a low free-kick from 30-yards.

Town continued to alter their personnel with Chris Robertson and a trialist replacing Olly Lancashire and Ben Purkiss respectively, changes which led to a shift in momentum for the visitors.

It started with Goddard bursting into the box and seeing his shot on the angle turned away by Baxter, who was powerless to prevent the visitors from taking the lead moments later.

Hussey galloped forward and pumped a ball into the box which was headed down by Mullin and into the path of Norris, who did well to hold off a challenge before lashing home with aplomb.

With the game entering its closing stages, James Brophy replaced McDermott as Town looked to finish with a flourish.

However, it took an outstanding save from Vigouroux to keep the lead intact as he got a fingertip to Declan Appau’s powerful drive.

And that stop provided a platform on which the Reds could double their lead, with Conroy rising highest to power home a header from Hussey’s corner. 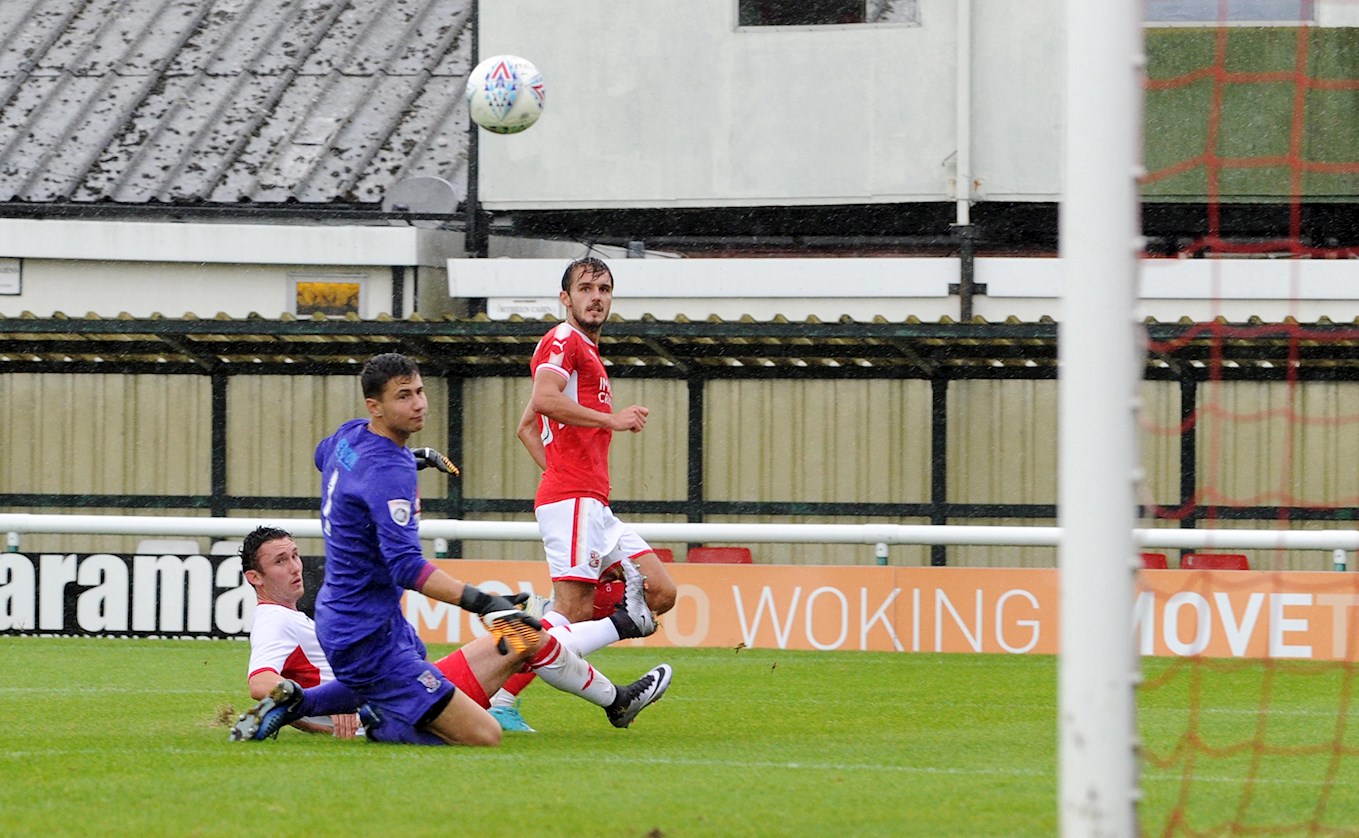 It only got better for Swindon too and they wrapped up proceedings late on with a third goal.

Norris, who’s hold-up play had been superb all afternoon, slipped in Goddard with a sublime pass and the midfielder lofted the ball over the advancing Baxter to mark his return to his former club with a goal.

Town will now finish their pre-season campaign with a trip to Chippenham on Tuesday night (7pm Kick-Off).