Swindon Town will be hoping to claim the spoils when they take on Cheltenham Town at The LCI Rail Stadium on Saturday (3pm Kick-Off).

The Reds will make the short trip full of confidence having seen off Cambridge United last time out thanks to efforts from Keshi Anderson and Harry Smith.

Cheltenham were also on the winning side last weekend having beat Chesterfield 2-0, although they suffered a narrow defeat at the hands of Forest Green Rovers in the Checkatrade Trophy on Tuesday evening.

The last meeting between the two sides was one to forget for Swindon with Cheltenham Town running out comfortable 5-0 victors in the First Round of The FA Cup.

We have SOLD OUT of our allocation for today's game.

Click HERE for some important information for fans heading to the game today. 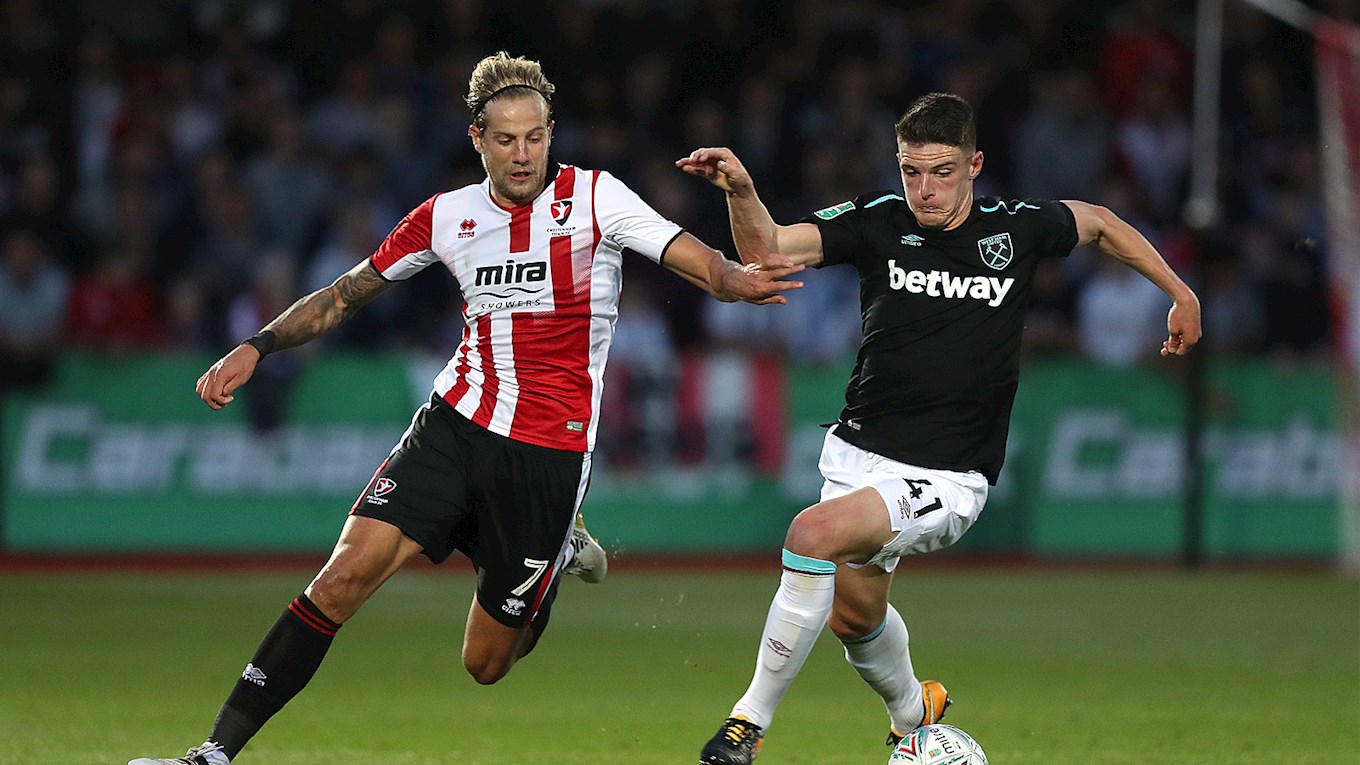 Harry Pell is a firm fans' favourite with the Cheltenham faithful thanks to his energetic displays in midfield.

Can play in the heart of the engine room or out wide, with the midfielder scoring four goals in his last seven games last season from the right-flank.

CHELTENHAM TOWN will assess the fitness of midfielder Kevin Dawson and striker Freddie Hinds (hamstring) prior to this afternoon's game.

However, both Jaanai Gordon and Jordon Forster will miss out.

SWINDON TOWN could have the services of leading scorer Luke Norris, despite the fact that the striker suffered a dislocated shoulder last weekend.

Chris Hussey looks likely to miss out again while Timi Elsnik is also a doubt. Chris Robertson is available again after missing the Cambridge win due to a family issue.

Dion Conroy remains on the long-term injury list while Lawrence Vigouroux will serve the first of a four-game ban today.

Gary Johnson, Cheltenham Town Manager: "It is very much a local derby. When we got the fixtures out this was one the fans looked for and will have been looking forward to watching.

"It will be a great atmosphere. When the away support is loud and vociferous then our crowd compete, which is good.

"Players enjoy it, managers enjoy it and supporters enjoy big atmospheres. It is nice that we are going to have one on Saturday." 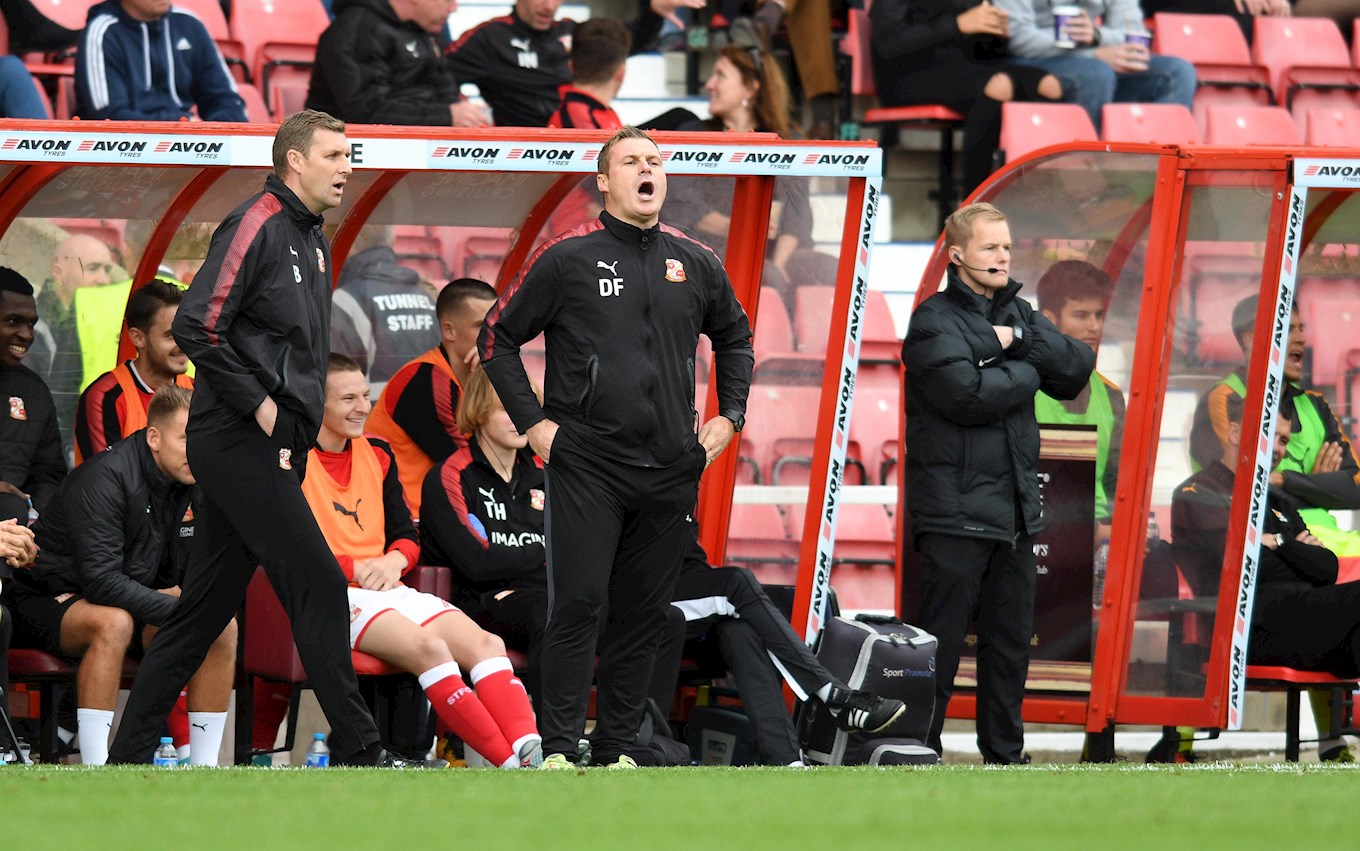 Dave Flitcroft, Swindon Town Manager: "History is what it is and it gives us an opportunity to go and change that.

"We are going there with an attitude and a mentality to win the game.

"I see how important this game is to the fans and our away form has been exceptional this season.

"It is really important that we give our away fans something to shout about and it is another opportunity to go and be really competitive, like we have been on the road so far this season.

"We know what to expect." 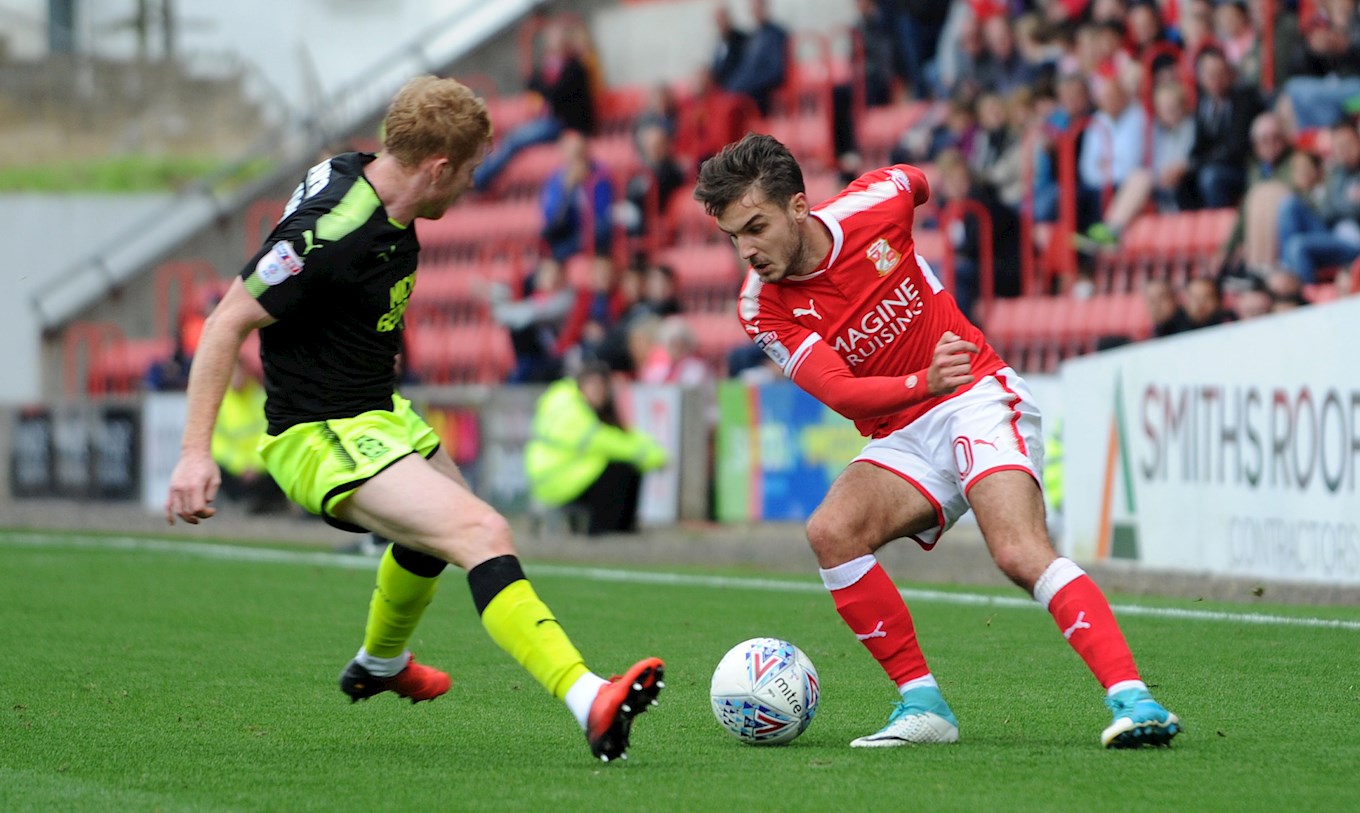 "They are on a good run and we've done our homework on them. The game is about us though and if we can perform to the levels we know we can then we can get a result.

"I've played there a few times and it is always a tough game. They have quite an intense atmosphere with the fans close to the pitch, so we know what we're in for.

"I'm confident with the ability we've got in the changing room that we can get a win there."

Can't make the game on today? There are plenty of ways to follow all the action! 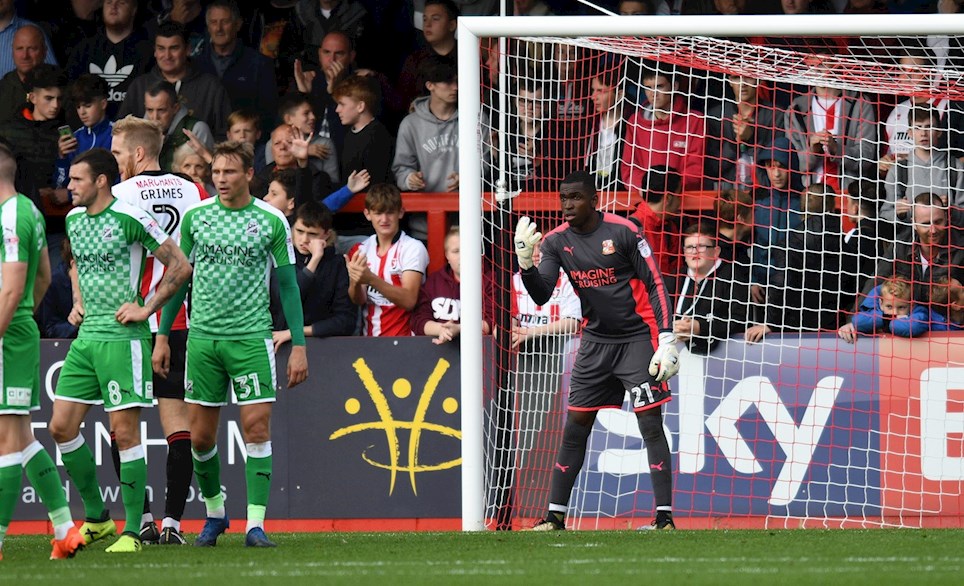 
Reice Charles-Cook cut a frustrated figure in the wake of Town's 2-1 loss to Cheltenham Town on Saturday. 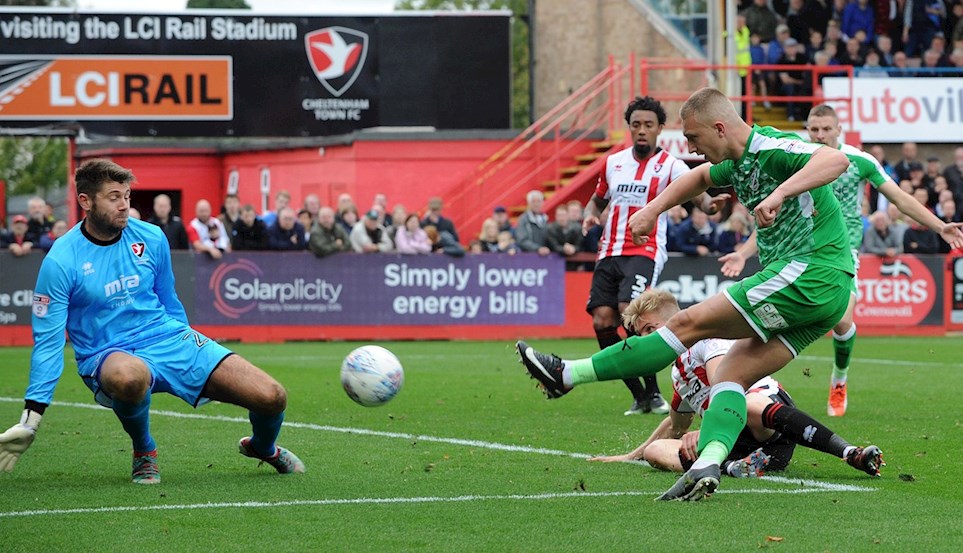 
Swindon Town were undone with the last kick of the game during their 2-1 defeat to Cheltenham Town on Saturday. 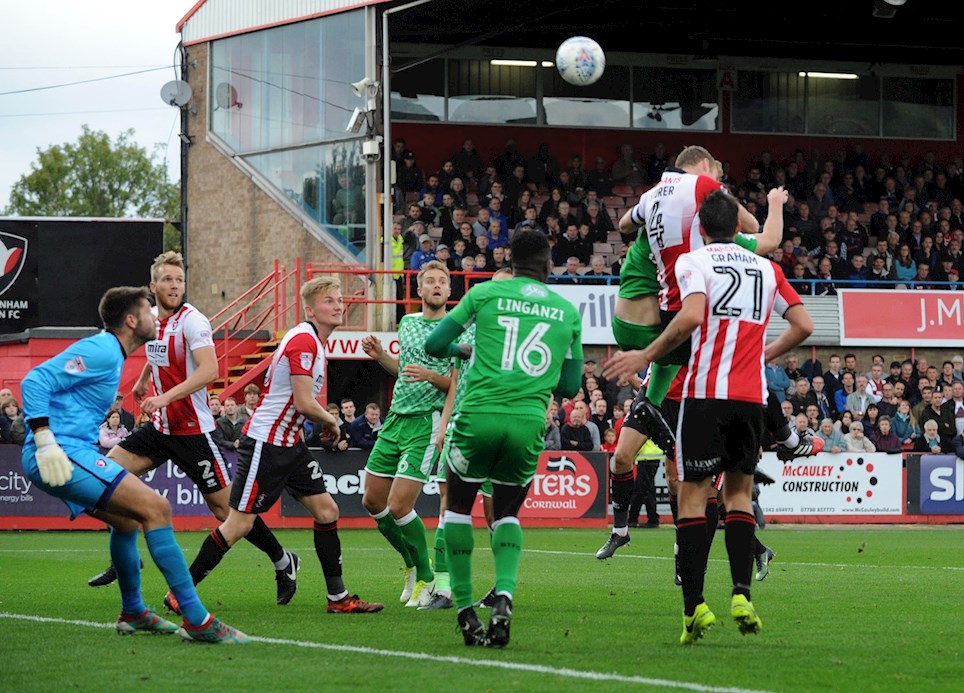 
Swindon Town were unable to claim the local bragging rights after falling to a 2-1 defeat to Cheltenham Town on Saturday. 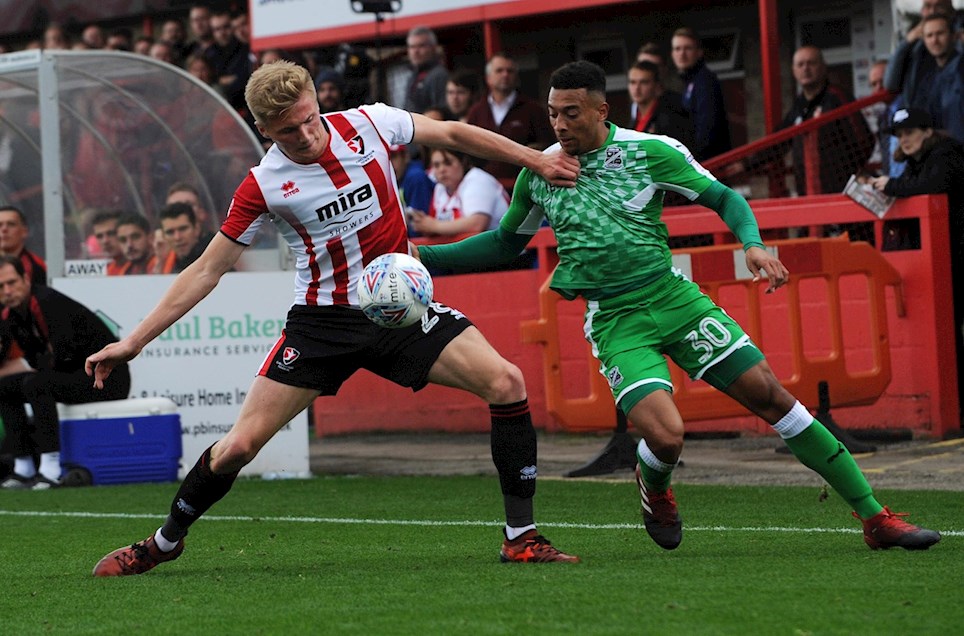 
Swindon Town suffered last-minute heartbreak in a 2-1 defeat away at Cheltenham Town on Saturday.

Swindon Town can now confirm ticket details for our Sky Bet League Two fixture away at Cheltenham Town next month.

We have been allocated 1,399 tickets for this game and there will be priority windows in place.

PLEASE NOTE - THIS MATCH IS ALL TICKET FOR SWINDON FANS.

Tickets for the Colin Farmer Stand are for over 65's or families. To book tickets in this stand, please visit the STFC Store or call 0871 876 1993 and select option 2.

Should tickets still be available, they will come off sale at 12pm on Friday 6th October.