Swindon Town will be looking for a return to winning ways when they welcome Cambridge United to The Energy Check County Ground on Saturday (3pm Kick-Off).

Dave Flitcroft's side suffered their first defeat in three outings on Tuesday evening after going down 2-1 to Coventry City.

Cambridge, on the other hand, cruised to a comfortable 3-0 win at home to Forest Green Rovers in midweek.

The last meeting came way back in April 2002 with an Andy Gurney goal and a Steve Angus own goal giving The Reds all three points.

Both home and away fans can purchase tickets on the day at The Energy Check County Ground, with Cambridge fans able to pay on the gate at the Away Ticket Office, which opens at 1pm and is located at the Arkells End of the ground.

Jabo Ibehre is a proven performer at this level and he played a vital role in Carlisle United's march to the Sky Bet League Two Play-Offs last season.

He has a keen eye for goal and his sheer strength will no doubt be used as a key weapon by The U's. 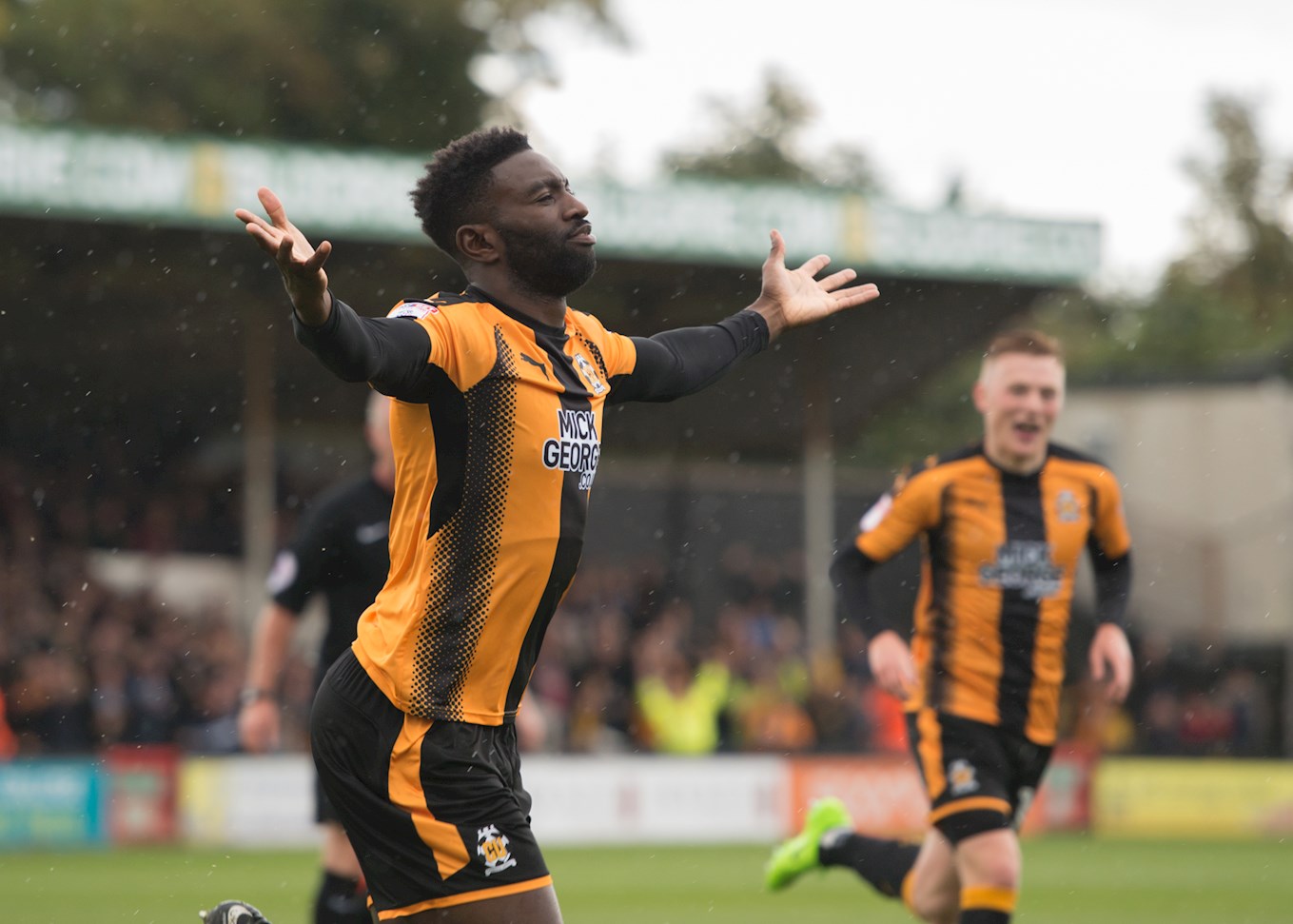 SWINDON TOWN could be without Chris Hussey who is still struggling with a groin injury, while they are also waiting to see if their appeal against James Dunne's red card has been successful.

The Reds have no other fresh injury concerns, although Dion Conroy remains on the long-term injury list.

"They really mix their play up well and it is going to be another tough ask, but it is one we're certainly looking forward to." 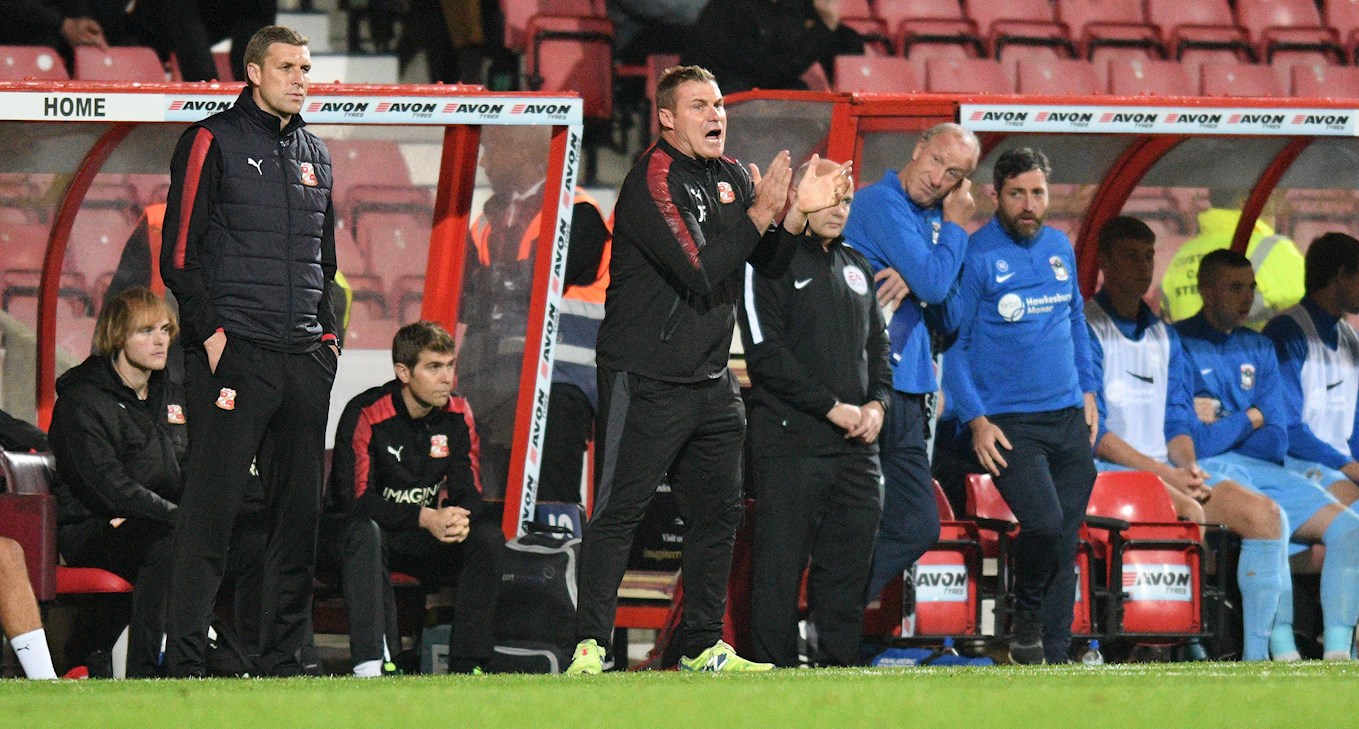 "They have got two strong and physical strikers upfront and they are strong in the central areas and at centre-back.

"We are expecting a physical challenge." 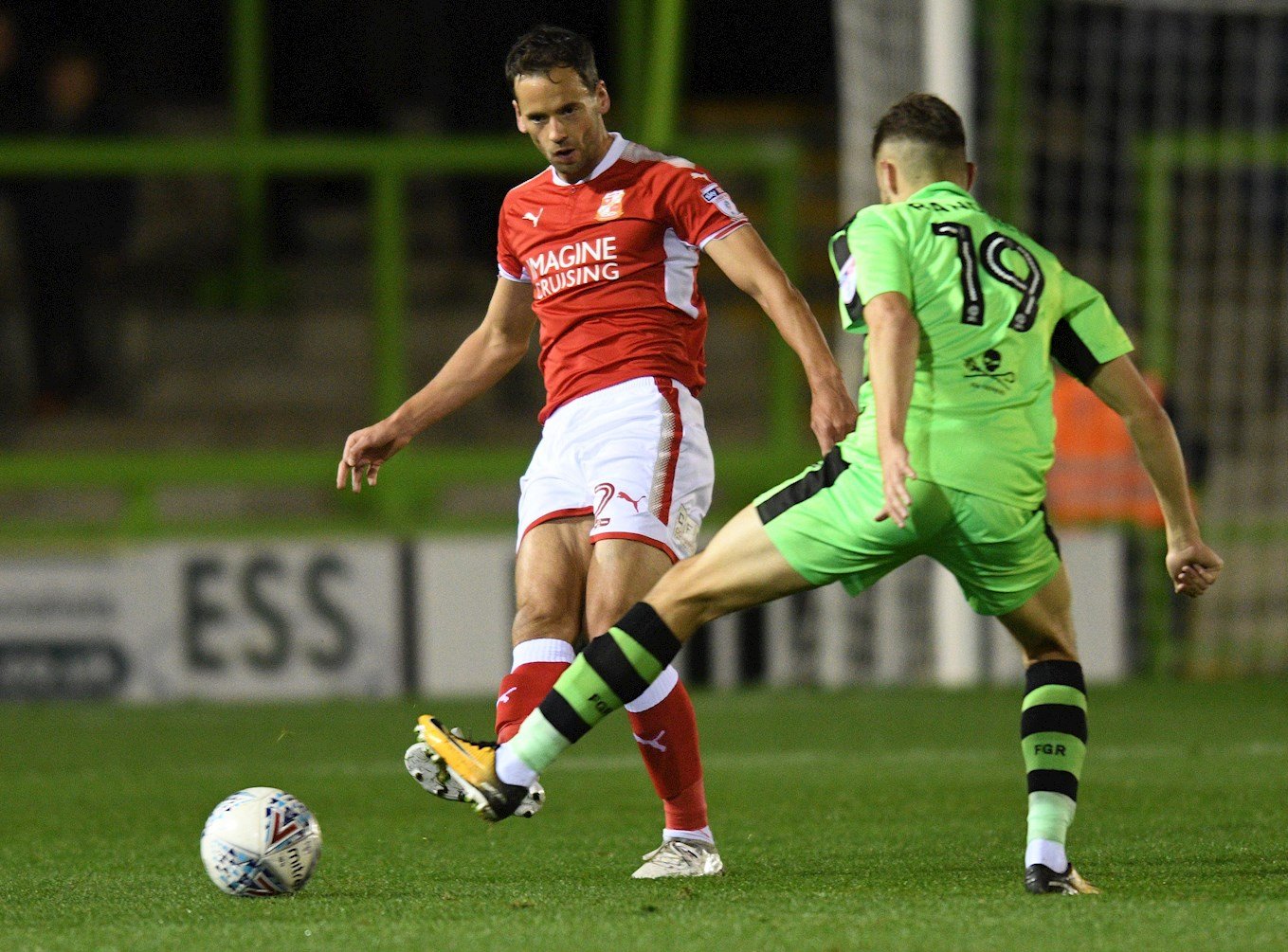 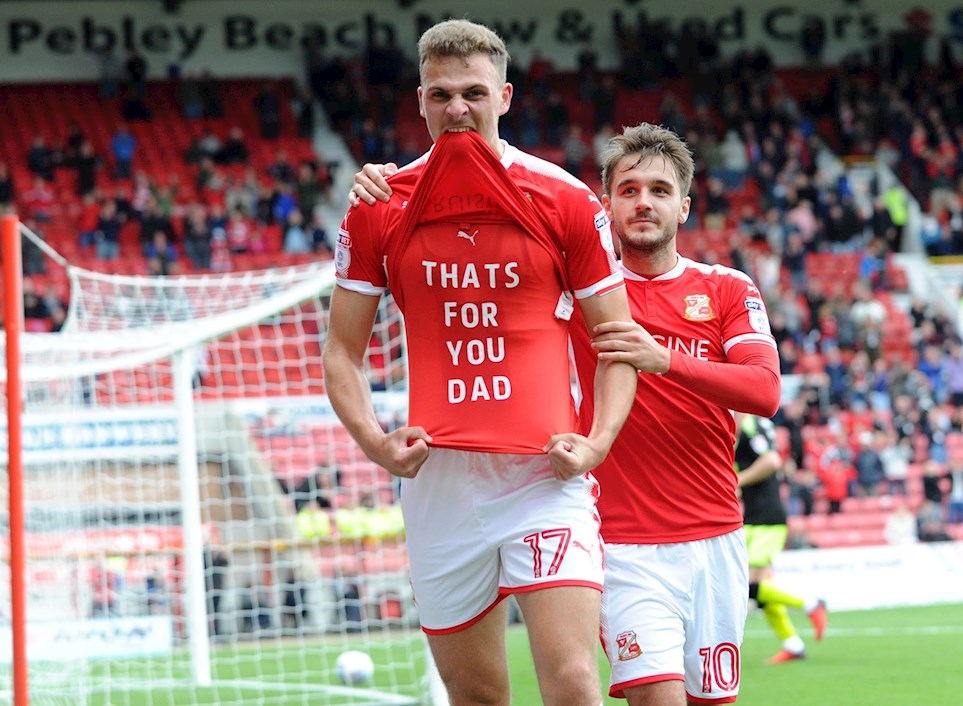 
Harry Smith declared himself "over the moon" after opening his account for the club during the 2-0 win against Cambridge United on Saturday. 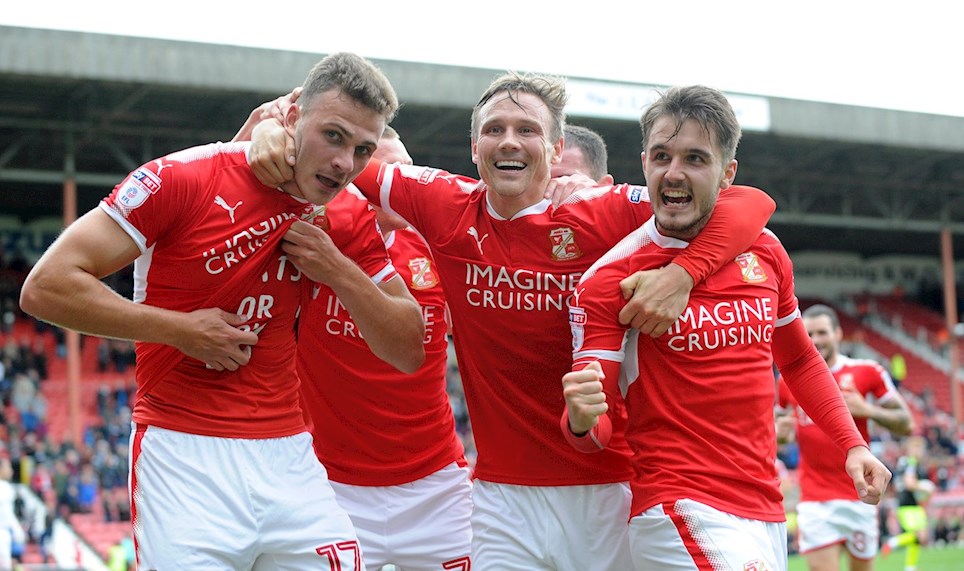 
Swindon Town bounced back to winning ways on Saturday thanks to a hard-fought 2-0 victory against Cambridge United. 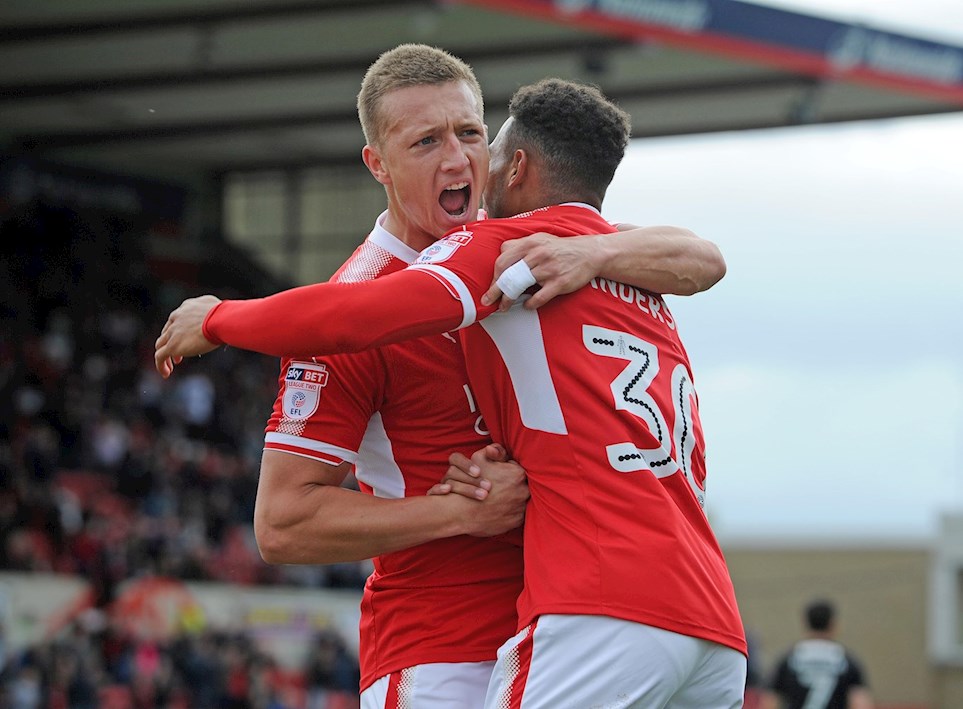 
Swindon Town returned to winning ways at The Energy Check County Ground on Saturday courtesy of a 2-0 success over Cambridge United. 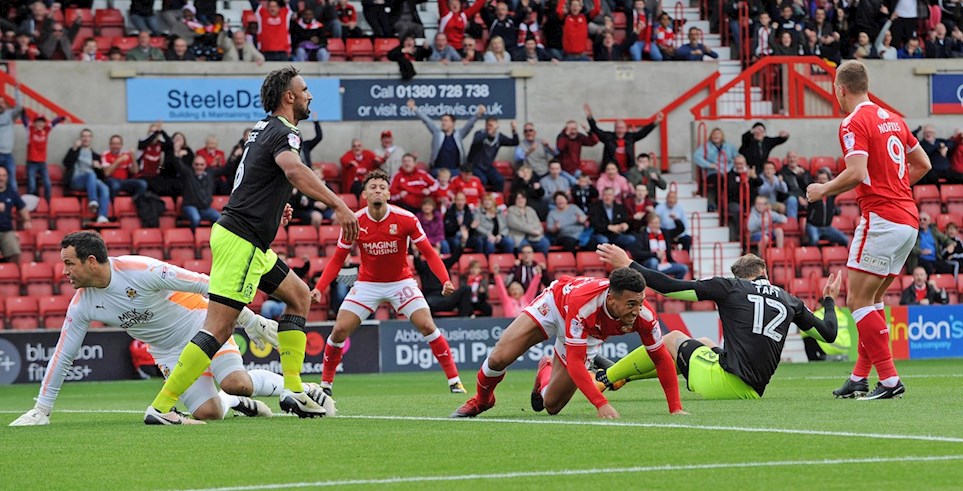 
Goals From Keshi Anderson and Harry Smith sealed a 2-0 success against Cambridge United for Swindon Town on Saturday.

Keshi Anderson's second goal for the club broke the deadlock early in the first-half, and Harry's Smith's late effort made sure of the three points.

Town opted to make three changes with Chris Robertson missing out completely and both Timi Elsnik and Paul Mullin dropped to the bench.

Matt Preston came in at the heart of the defence to make his debut for the club, while there were also spots in the Starting XI for Amine Linganzi and Kaiyne Woolery.

The Reds were looking to bounce back following the disappointment of Tuesday night's defeat to Coventry City, although it was a slow start by the hosts.

Cambridge won a couple of early corners and they carved out the first chance of the game, although Uche Ikpeazu could only head over.

It wasn't long before Town began to flex their attacking muscles though and they broke the deadlock with just twelve minutes on the clock.

After Linganzi saw his pile-driver parried by David Forde, Woolery was able to get the ball back in and Keshi Anderson was on hand to slot home.

Chances were proving to be hard to come by at either end of the pitch with most of the battles being contested in the middle of the park.

Cambridge began to come back into the contest although they couldn't make their pressure count with Brad Halliday skewing a shot well wide, while Ikpeazu saw his effort deflected behind.

Linganzi then saw his header drift wide of the post before Ikpeazu could only send a tame strike into the arms of Lawrence Vigouroux after Woolery's loose pass was pounced on.

Town always looked to have the edge in attack though and they came close to grabbing a second goal shortly before the break.

Linganzi worked the ball out to Woolery who kept his cool to pick out Anderson with a clever cut-back, but the striker's powerful effort was bravely blocked by Leon Legge.

Both sides had a chance each before the break with George Maris sending a thunderbolt straight at Vigouroux, while Anderson saw his shot deflect behind after latching onto a Norris showdown. 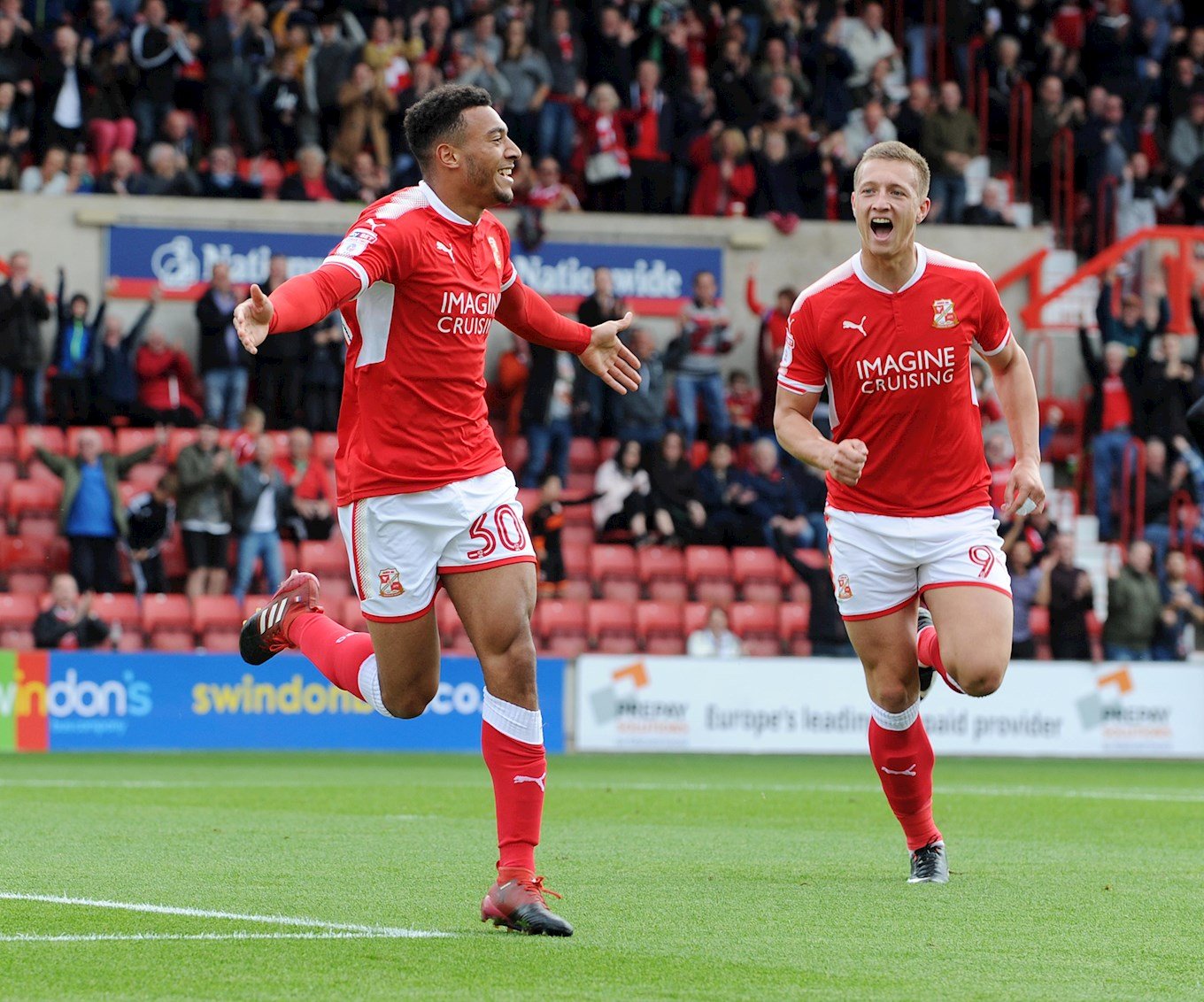 There was a slow start to proceedings in the second-half with Purkiss' sliced shot the only real action of note in the opening exchanges.

Ikpeazu's luckless afternoon in-front of goal continued after the break as he could only send a header off-target just shy of the hour mark.

Town were then forced into making a change with Harry Smith replacing the injured Luke Norris, who left the field holding his shoulder.

With both sides struggling to make something happen in a tight and cagey affair, The Reds elected for another set of fresh legs with John Goddard returning from a long injury lay-off to replace Woolery.

Cambridge came close to restoring parity late on as Ikpeazu headed Halliday's cross onto the post, with the rebound falling into the arms of Vigouroux.

Harrison Dunk could only thrash wide for the visitors while Town had a chance to wrap up the three points, although Gordon's shot was saved by the legs of Forde after the winger was put clean through by Anderson.

Dave Flitcroft made his third and final change of the afternoon with Paul Mullin replacing Gordon with less than ten minutes remaining. 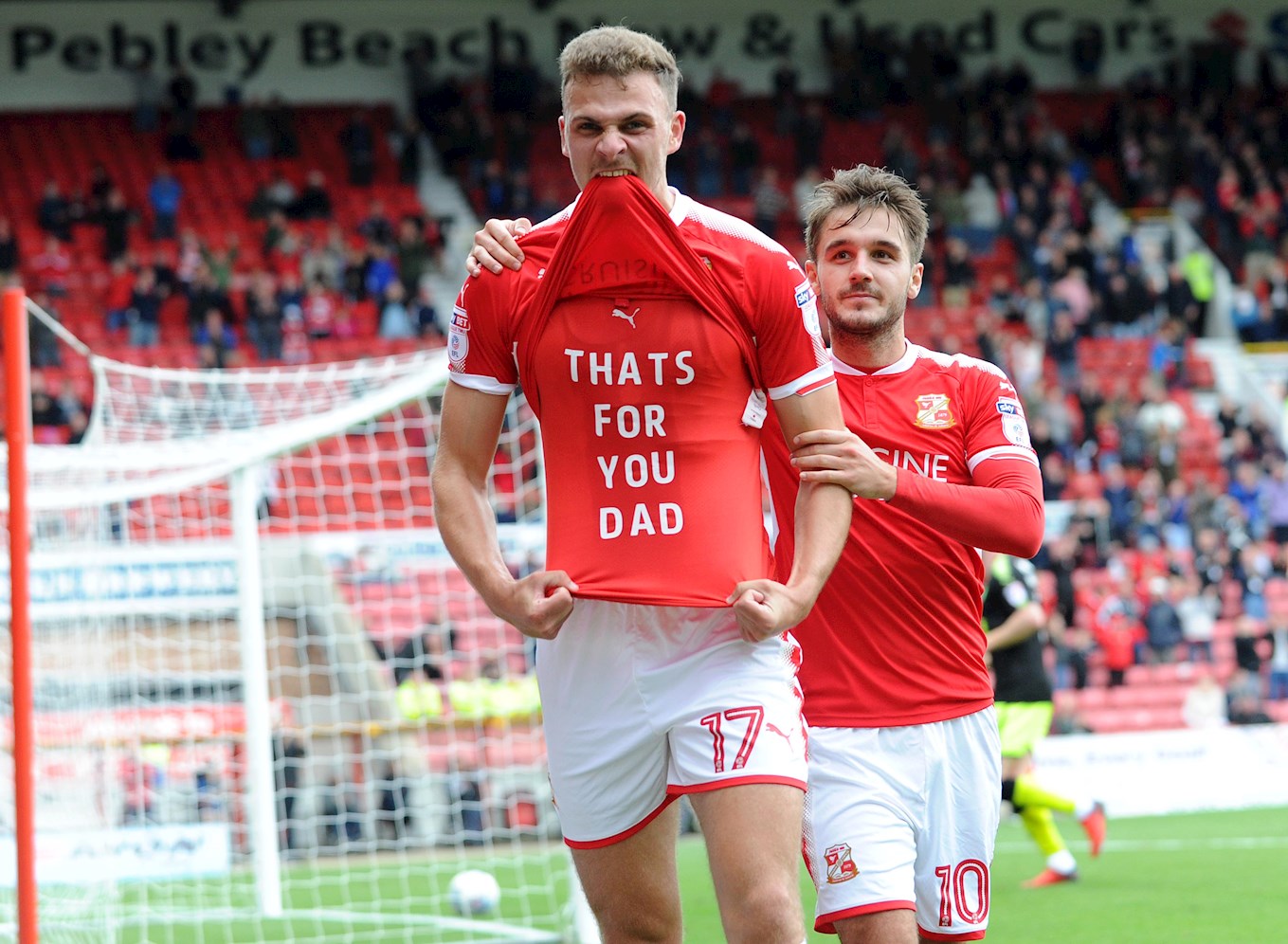 Town were still pressing for a winner late on and they were nearly gifted it after a mix-up at the back allowed Anderson a clean sight in-front of goal, but his first effort was blocked by Forde before his shot on the follow-up was headed off the line by Legge.

But The Reds did add a second and it came courtesy of Smith's first goal for the club, the striker tucking home after being played in by Anderson.

Lancashire had to clear an effort off the line and that proved to be that with Town turning in a professional display to get back to winning ways.


Harry Smith declared himself "over the moon" after opening his account for the club during the 2-0 win against Cambridge United on Saturday.


Swindon Town bounced back to winning ways on Saturday thanks to a hard-fought 2-0 victory against Cambridge United.


Swindon Town returned to winning ways at The Energy Check County Ground on Saturday courtesy of a 2-0 success over Cambridge United.


Goals From Keshi Anderson and Harry Smith sealed a 2-0 success against Cambridge United for Swindon Town on Saturday.