Swindon kick off an important week of football with the visit of Yeovil Town, hoping to win their third game on the bounce in League Two.

After successive wins against Morecambe and Bury, Town have the visit of the Glovers before trips to Newport and Oldham on Tuesday and Saturday respectively.

Last week’s victory over Bury at Gigg Lane, put the Robins back in contention for a play-off spot; however, they will need to maintain their winning run of the overwhelming majority of the remainder of the season.

One man who seems to have hit form at the right time is Kaiyne Woolery – he has scored three in the last two games. Two of them came against second-placed Bury in his best performance in a Town shirt. He rounded the game off with a selfless assist for fellow forward Theo Robinson.

The Glovers are in a funk – in stark contrast to the last time the two West Country sides faced.

Back in September, Yeovil were unbeaten in six and had beaten Newport 6-0 at Rodney Parade in the week before the clash at Huish Park. Swindon, under Phil Brown at the time, won the game 3-0 and sparked a seven-game winless run.

This time around, the Somerset side have lost their last five as they plummet towards the bottom two – they will hoping for a similar reversal in fortunes as when they last faced the Robins.

A name not known to too many English football fans, Neale Marmon was named manager on a temporary basis at the end of March following the departure of Darren Way.

As a player, Marmon spent most of his career in Germany playing for VfL Osnabruck and Hannover 96 among others despite being born in Bournemouth and starting his professional career with Torquay United. He returned to England midway through his career in Germany to play for Colchester United playing 13 times during the 1989/90 season.

Returning to England at the turn of the year, he bolstered Town's coaching staff by working in an advisory role.

In position to take up the inaugural Sporting Director position at Huish Park from the start of the 2019/2020 campaign, Marmon was called upon to take over the reins after Way’s dismissal with seven games of the season remaining.

Having featured for Town’s reserve once in 1978 prior to his professional career elsewhere, Marmon took charge of his first match last weekend in the 3-1 defeat to Newport County. 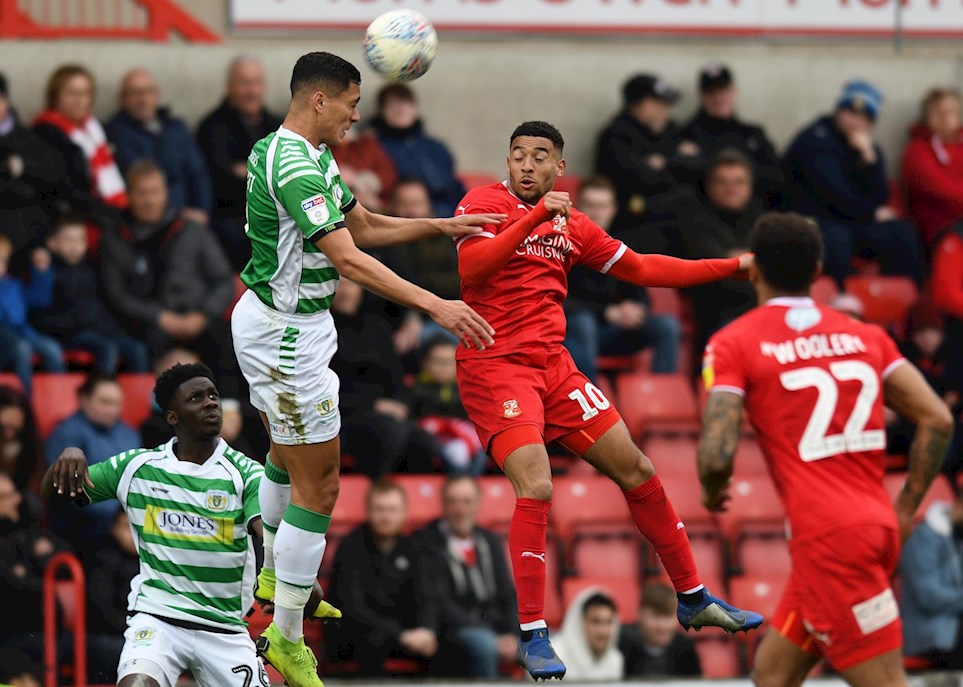 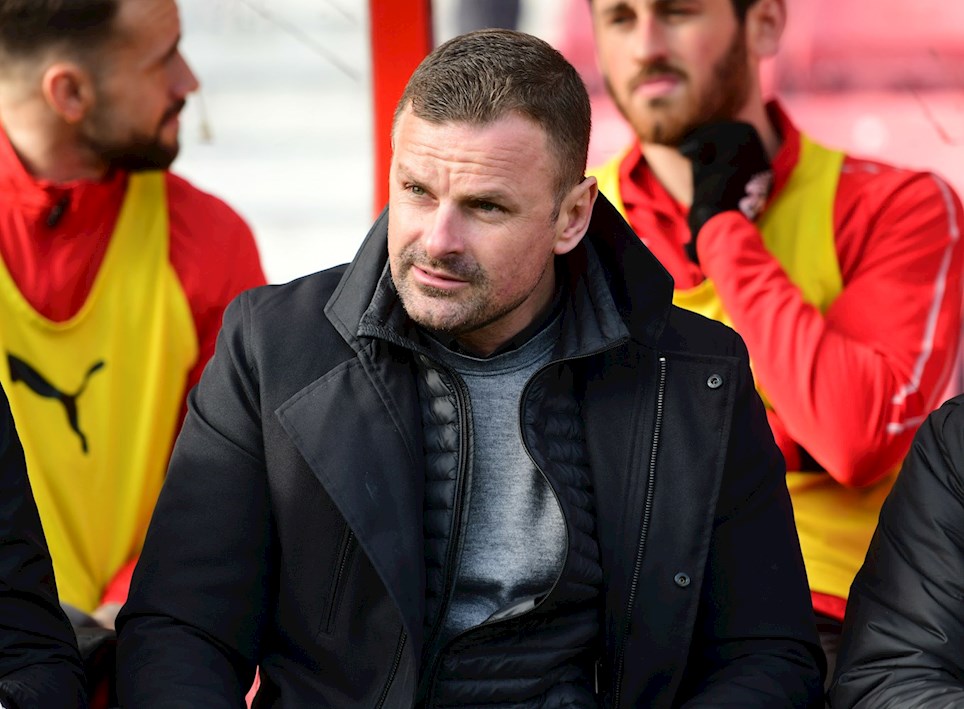 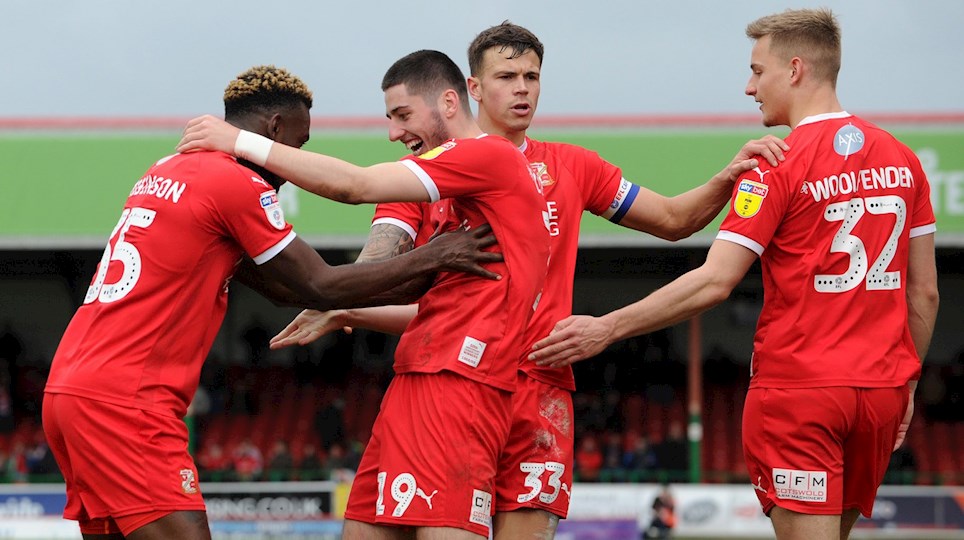 Swindon were dealt a late blow by Yeovil who scored a last gasp equaliser to steal a 1-1 draw at the County Ground.

Adel Gafaiti prodded in in injury time to cancel out Keshi Anderson’s first-half header after a proverbial game of two halves at SN1.

Michael Doughty made his return after missing six games following a training injury.

It was quite clear from the start what the pattern of play in the first half would be – Swindon moved the ball well but met a wall of green as they ventured into the final third.

Town’s best early chance came on 15 minutes – Theo Robinson beat Nathan Baxter in the Glovers’ goal but not the man on the line. As Yeovil half-cleared the ball, it was cannoned into the midriff of Gary Warren with claims of handball turned down.

On 20 minutes, a cleverly-worked corner into Dion Conroy’s feet was flicked to Danny Rose whose shot was stopped in its tracks by a combination of keeper’s hands and defenders’ feet.

It looked like Town would be forced to go into half-time with deadlock still in place but with two minutes of the half to play, they were ahead.

The ball broke loose from a Kyle Knoyle cross – Canice Carroll won it back and found Dion Conroy. After controlling the ball in the D, he flicked to defensive partner, Luke Woolfenden whose shot was saved but Keshi Anderson was on-hand to head in.

Town continued their quest for goals early in the second half – Woolery, with three goals in two games behind him, looked to drill past Baxter at the near post but found the side-netting. Shortly after, Theo Robinson rounded the Glovers goalkeeper but Andy Warren cleared off the line.

Just past the hour mark, Swindon were still in the ascendency and Anderson almost had his second – he dipped a free-kick onto the roof of the net that had Baxter worried.

Three minutes later, Luke McCormick was called into action for the first time; however, his save from Matt Worthington signalled a chance in the tide of the game.

Next up to worry Wellens’ side was a disallowed goal – from a set-piece the ball was bundled home in a cluster of bodies but the linesman’s flag delayed the equaliser.

McComick was called into action once again with 12 minutes to play – he stuck out an incredibly strong hand to divert Alex Fisher’s strike past the post as Swindon looked like they might hold on.

As the fourth official’s board went up, heartbreak. Adel Gafaiti poked home at the back post to force Town to settle for a point.