Swindon head to Mansfield on the back of two draws against Cheltenham and Northampton in their final game of 2018.

Town’s Boxing Day draw against the Cobblers meant they have now drawn, lost and won the same amount of games – it was Keshi Anderson’s goal that ensured the equilibrium of results this season so far.

He struck just past the hour mark to cancel out Andy Williams’ early goal at Sixfields. That followed a goalless draw in the final game at the County Ground on 22nd December against Cheltenham.

Mansfield have finished 2018 in the best form in the league – they’re unbeaten in 15, winning eight. They’ve won every game in December against Notts County, Stevenage and Bury with Christopher Hamilton scoring three in those three games.

Their top scorer this season is Tyler Walker, on loan from Nottingham Forest – he’s grabbed 11 goals this season. He’s also scored three in their last three, bagging a brace in the victory away at Stevenage.

David Flitcroft was appointed Mansfield Town manager in March 2018 after the departure of Steve Evans.

After a 19-year playing career which included long stints with Chester City, Rochdale and Bury, Flitcroft made the step into coaching by accepting a position with Keith Hill's Rochdale.

Prior to the start of the 2011/12 season, Flitcroft joined Hill as he departed for Championship side Barnsley, becoming assistant manager at Oakwell.

The following season, after Hill departed, Flitcroft was handed the reins on a permanent basis and led the Tykes to Championship safety on the final day of the 2012/13 campaign.

The Shakers were languishing in 20th when he took over, but Bolton-born Flitcroft transformed their fortunes, securing a comfortable 12th-placed finish in 2013/14.

Flitcroft joined Bury Football Club and embarked on a promotion challenge which ultimately ended in success with a 1-0 final day win over Tranmere Rovers, clinching promotion to League One.

The now Stags' boss parted company with Bury in November 2016 and accepted the vacant manager's post at Swindon Town prior to the beginning of last season. 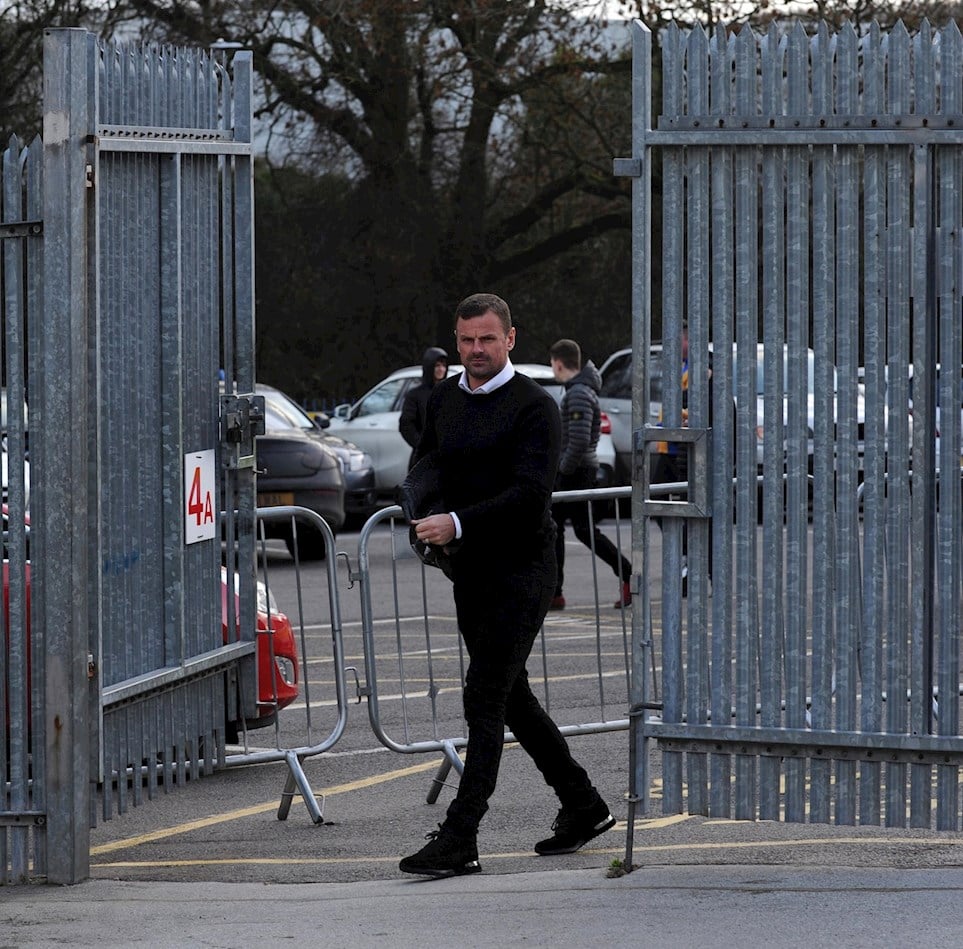 Swindon were impressive in their draw with Mansfield at Field Mill as they rounded off 2018 unbeaten in three.

The game ended goalless despite Town’s constant pressure, especially in the first half. Richie Wellens set his team up to press and on several occasions their hounding almost paid dividends.

Every chance Swindon created in a frantic first half was down to pressing from the front – the electric visitors frustrated the home side with their energy and ability to prevent anything but long balls out from the back three.

On 10 minutes, it nearly paid dividend for the first time – Elijah Adebayo won the ball from Krystian Pearce and found Keshi Anderson. Conrad Logan had to be sharp to get down to his right and tip away.

Mansfield’s first real effort on target came through Tyler Walker who fizzed a shot at goal on 18 minutes – Luke Woolfenden got in the way with a sliding block before finding himself in the right place again to deny Mal Benning.

The closest Town came was on 26 minutes, and through a familiar route – Matty Taylor curled a free-kick form 30 yards when most would have crossed. It bent towards the top corner but Logan reacted quickly and tipped onto the crossbar.

Town’s set-piece routines were another thorn in the Stags’ side – Michael Doughty came close with a volley, before nearly teeing up Keshi with another well-worked training ground item.

Mansfield were not without threat, however – Lawrence Vigouroux had to show off his reflexes 10 minutes before the break. Walker shot from 30 yards and the stopper jumped and pawed well to tip over the bar.

Anderson had two bites of the cherry just before the interval – after good pressing again from Adebayo, McCourt found the winger but his first shot was saved before he drilled the second past the post.

Both sides came out after the interval and the game seemed to change – less frantic, with Mansfield able to do more with the ball as they looked to go slightly more direct into the front men.

However, the first sniff of goal was 21 minutes into the second half – Walker, again, struck from distance but Vigouroux parried well.

Town’s most dangerous look at goal was denied by Krystian Pearce – with Kaiyne Woolery clean through the Stags defender pulled him back but was inexplicably only given a yellow card by referee Trevor Kettle.

Richards was up next with 16 to play – Kyle Knoyle crossed and Marc Richards cut in front of Pearce but flicked a header just over the bar.

As the game went on though, Town were pegged back more as the home side grew in confidence – still, though, Vigouroux was not called into action too regularly. He had to claw the ball away as he jumped to his left.

The final action of the game saw Sid Nelson chuck himself in front of a goalbound shot – he flew to the right and received a ball to the face for his troubles but ensured Town left Field Mill with a point.

Supporters have until 12pm Friday 28th December to purchase tickets for this fixture. Tickets will also be available on the day to Swindon supporters with a £2 increase (cash only)

All tickets not collected from STFC will be taken up to Mansfield by our official coach travel for supporters to collect on match day.