Swindon travel to Tranmere Rovers for the first time since 2014 hoping to go three games without a loss in League Two.

The Robins head to Prenton Park off the back of two late twists in games – an 85th minute equaliser and a last-gasp winner at Moss Rose against Macclesfield.

Jak McCourt has been in fine form for Saturday’s visitors to Prenton Park scoring the deciding goal against the Silkmen and picking up the Man of the Match award in the draw with Lincoln at the County Ground last time out.

Town will be hoping that Ben House will return following a dead leg ruling him out of the game against the Imps. The newest addition to the Town squad – Ali Koiki – will be in contention for a start against the Super White Army.

Tranmere sit ninth in League Two, two points off the play-off places. They’ve been in steady form over the Winter months and bounced back from their 7-0 demolition at the hands of Spurs in the FA Cup with a win away at Cheltenham last week.

The Rovers’ home form has been good all season – only losing twice in front of their own supporters in the league this season, against Newport County and Crewe.

Tranmere have managed to keep hold of League Two’s top goal-getter, James Norwood who has bagged 17 goals so far this season and with Jayden Stockley, his closest rival for the golden boot, moving to Preston North End, the betting is short on him staying at the top of the goal charts.

He scored against Town earlier on in the season in the reverse fixture at the County Ground.

Swindon have not lost to Tranmere since 2009 – Antony Kay scored the goal that day.

Last time out, Town came back from being 2-0 down after 13 minutes to win 3-2 at the Energy Check County Ground. Goals from Elijah Adebayo, Marc Richards and Joe Romanski ensured a second 3-2 win home win on the trot at the start of the season.

This fixture is has an interesting past – in December 1992, Town were trailing 2-1 at the County Ground when the floodlights went out forcing Tranmere to make the journey a second time. In the replayed game, Glenn Hoddle shone and Swindon ran out comfortable 2-0 winners.

Micky’s Tranmere career started back in 1997 when he joined as a player from Blackpool and made 57 appearances for the club. Two years after leaving, Micky returned to make another 115 appearances over a three year spell.

His managerial debut was handed to him at Fleetwood as joined an ever expanding set up at Highbury. It was there that Micky gained his first managerial title as they won the Conference Premier with an impressive 103 points.

After his success at Fleetwood, Micky took the opportunity to be Assistant Manager at Barnsley in the Championship.

Stepping back into the hot seat, Micky took the Manager’s job at newly relegated Shrewsbury Town in 2014 and had a highly successful season, returning them to the third tier at the first time of asking.

After keeping Shrewsbury from relegation in League One, he felt it was time for a new challenge and took the job at Prenton Park, a place that ‘has a big place in his heart’, in 2016.

Micky quickly got results turning around and led Rovers to their first appearance at the new Wembley for the National League play off final however they would fall short at the last hurdle that season despite reaching above 90 points.

It was second time lucky the following season after returning to Wembley to right the wrongs of the previous season, recording Tranmere’s first promotion in 27 years. 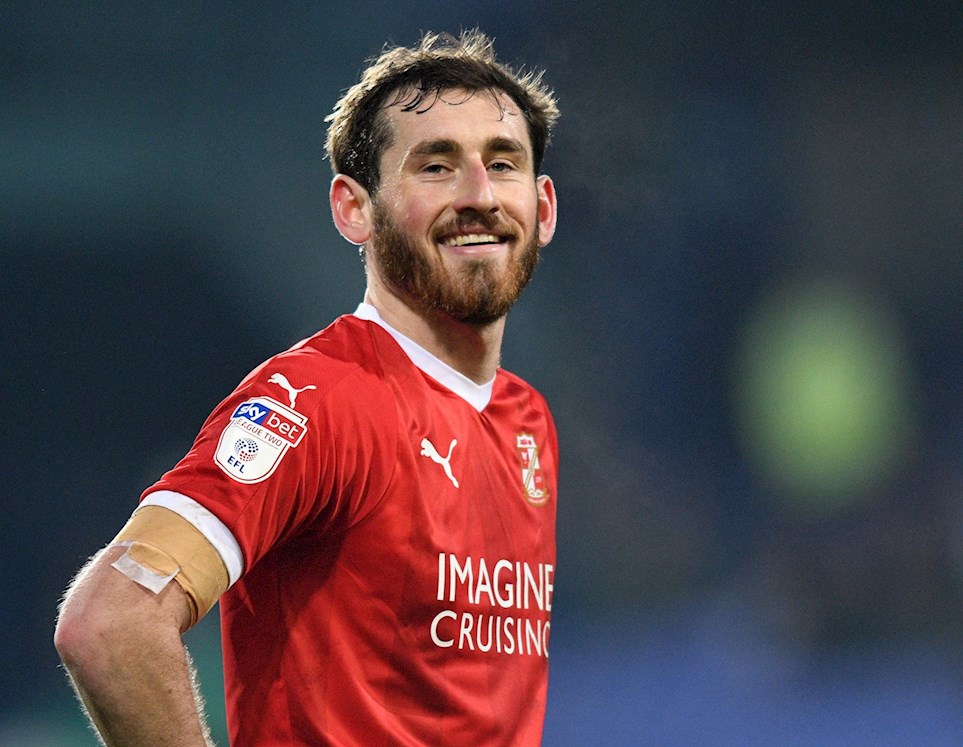 Swindon were excellent on the Wirral as they beat play-off chasers Tranmere 2-1 at a freezing cold Prenton Park.

Marc Richards opened the scoring from the inside the six-yard box off an Ali Koiki cross before Michael Doughty got a second ten minutes before half-time.

League Two’s top goalscorer, James Norwood pulled one back for the hosts but Town fought Tranmere off and managed to avoid a real storm towards the end.

Tom Broadbent was a rock at the back on his debut, with Danny Rose coming off the bench and shoring up the midfield. Also, on his debut, Ali Koiki teed up an excellent opening goal.

Town’s first half performance was straight out of the textbook – they pressed well, were resolute when needed and, most important of all, clinical.

Just two minutes in and Woolery had attempted a snapshot volley from the edge of the box but that flew over and within the first ten minutes, Doughty had found Richards in the box only for his first-time finish to be stopped by Scott Davies in the Tranmere goal.

Town had their deserved lead on 19 minutes – good football all round saw the ball find its way to the left. Ali Koiki played a neat one-two with Kaiyne Woolery and, as he got to the byline, he drilled in a striker’s dream cross. Richards got across Steve McNulty and side-footed in.

And Town were the better of the two as they continued the second half – a quick break involving Doughty and James Dunne set up Koiki for another run down the left. He cross early this time with Keshi Anderson busting a gut to get in at the back stick. Unfortunately, his outstretched leg wasn’t long enough to make contact.

It was hard work and endeavour that earnt Swindon their second – Anderson and Doughty pressed the ball with Keshi getting a toe on Luke McCullough’s pass and sending his team-mate away. The midfielder’s effort on goal was heavily deflected up and over Davies and in to give Town a two-goal cushion going into the break.

Swindon started the second half with a great chance – Woolery showed McNulty a clean pair of heels to get into the 18-yard box but as he struck, Adam Buxton slid across with an excellent block to thwart him.

However, this would not be the smooth second half Town hoped for – James Norwood tidily placed the ball past Lawrence Vigouroux. Tranmere’s first real half chance had resulted in a goal and Town’s lead had been halved.

The visitors showed their nous however and slowed the game down and, in truth, had the better of the chances after Rovers’ goal.

Woolery almost forced an own goal out of McNulty who spooned the ball up in the air only for Davies to claim.

Other than long balls into the box, Tranmere did not threaten the goal of Vigouroux mainly thanks to the new centre-half pairing of Luke Woolfenden and Tom Broadbent.

Tranmere on Saturday 19th January 2019. All seats are unreserved.

Supporters have until 12pm Friday 18th January to purchase tickets for this fixture. Tickets will also be available on the day to Swindon supporters at a £2 increase.

All tickets not collected from STFC will be taken up to Tranmere by our official coach travel for supporters to collect on match day.