Swindon Town made it back-to-back wins in pre-season earlier today courtesy of a 5-2 victory away at Melksham Town.

It proved to be a worthwhile exercise for the team with a trialist, Keshi Anderson, Steven Alzate, Jermaine McGlashan and Scott Twine all getting on the scoresheet for the Reds.

As they did in the win over Cirencester on Wednesday evening, Town elected to field two different teams in either half.

New signings Luke McCormick and Martin Smith started the game, although on-loan Fulham attacker Elijah Adebayo watched from the stands, whilst frontman Marc Richards was given his first run out of the summer.

It was an emphatic start for the Reds as they got their noses in-front with just three minutes on the clock after a trialist got his head to a pinpoint cross from Ellis Iandolo.

Marc Richards then went close to adding a quick second after he was picked out by a long diagonal ball over the top, but the striker was only able to drag his shot inches wide of the far post. 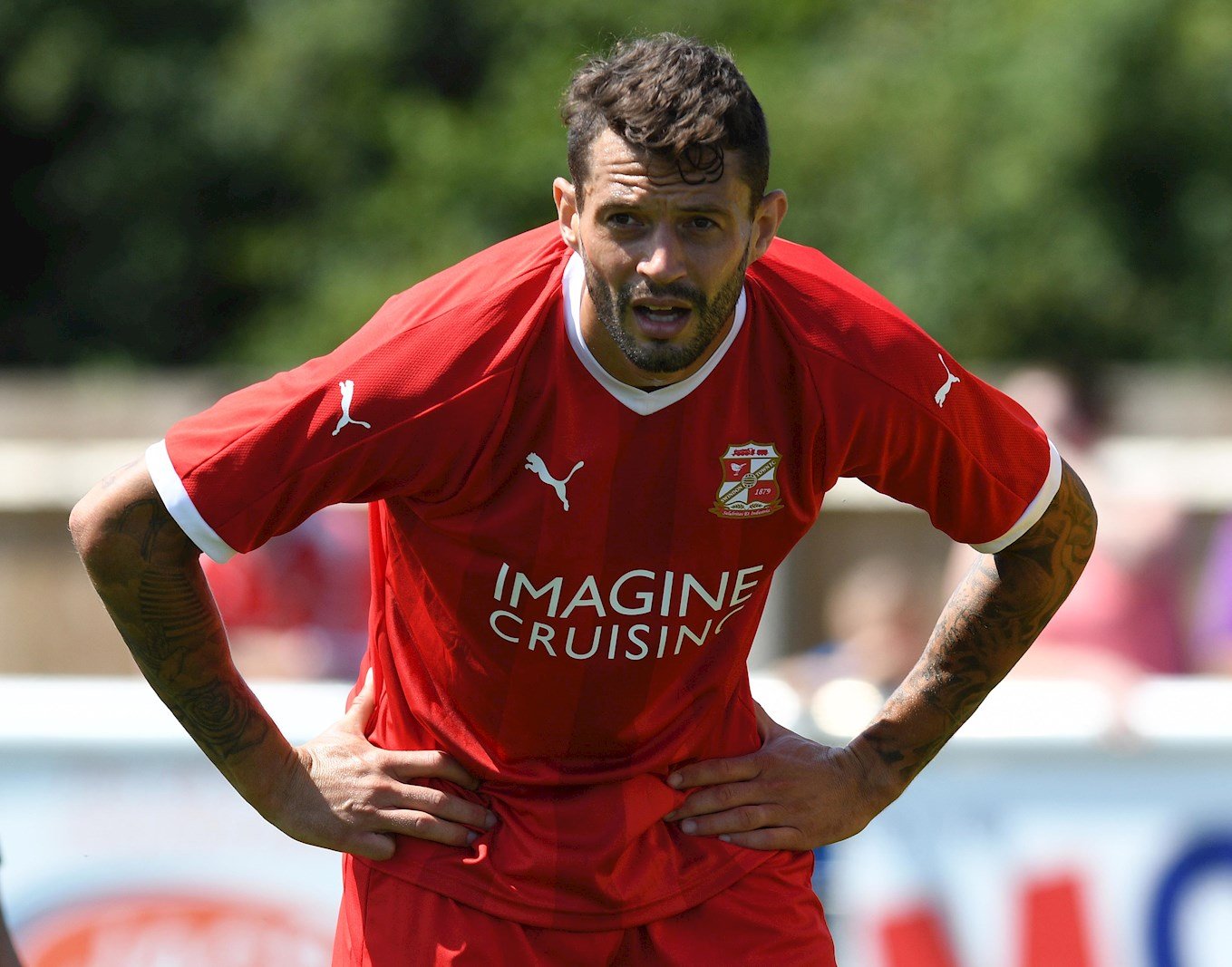 Keshi Anderson was next to try his luck for the Reds but his header flew over the bar from Steven Alzate's flicked cross, before the latter thumped an effort wide moments later.

But all of Town's relentless pressure eventually paid off and they were able to add a second goal just past the ten-minute mark.

Anderson was able to seize possession of a long, bouncing ball before nipping in behind the defence and lobbing the Melksham keeper beautifully.

However, Melksham were soon able to pull one back after Kyle Knoyle was adjudged to have fouled his man inside the area, with Gary Higdon stepping up to convert from twelve-yards.

Town had to make a change just before the half-hour mark with Marc Richards leaving the field holding his wrist, Jordan Young his replacement.

Following a brief lull in the game, Town were soon back on the attack and they went close again with Iandolo firing a shot over the bar after beating his man. 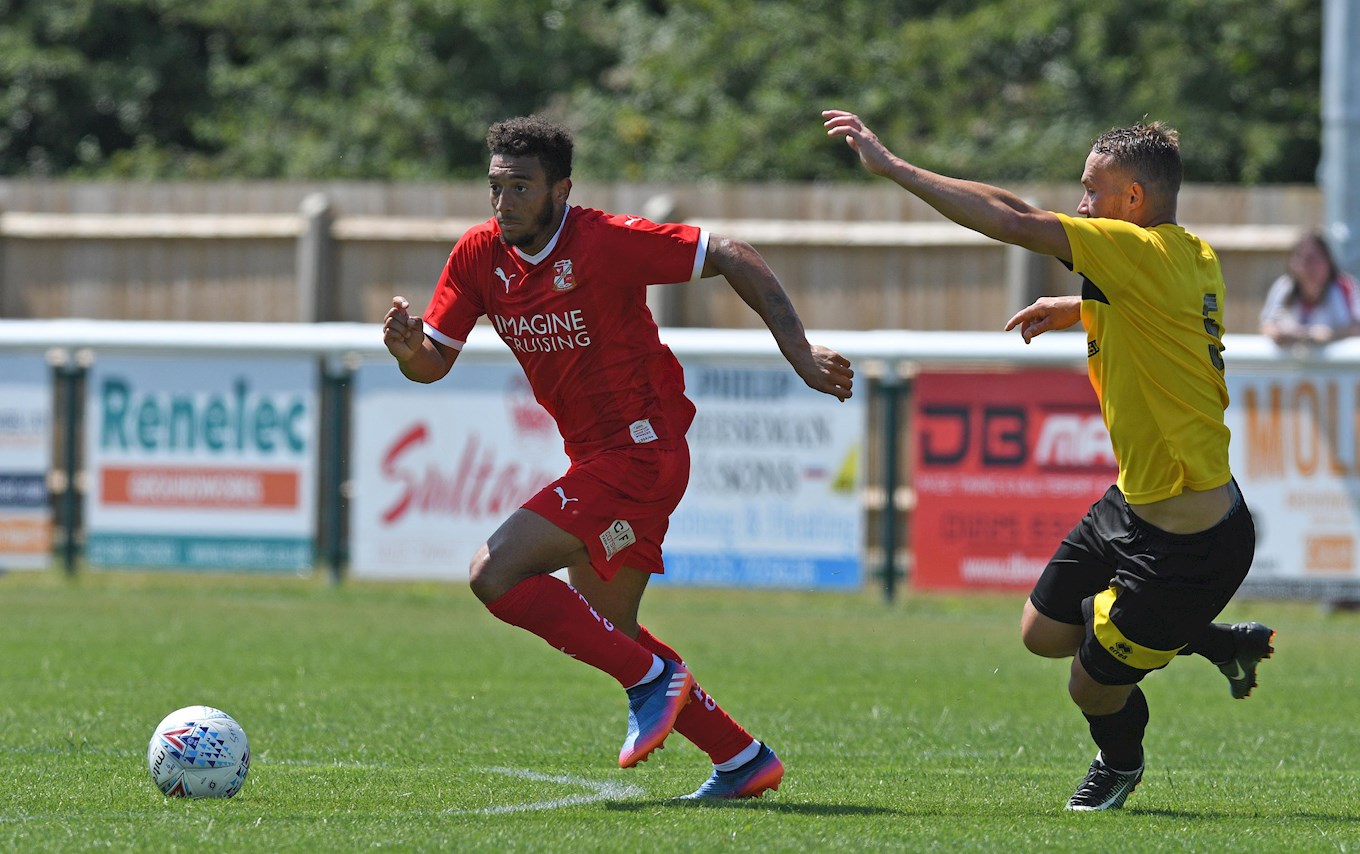 And the Reds were able to stretch their lead before half-time thanks to Alzate who, after being fouled, stepped up to slot home the resulting penalty.

Anderson was then inches away from scoring a fourth after diverting a Matty Taylor cross wide, a missed opportunity which proved to be the final action of the half.

It was a different-looking team after the interval with the likes of Lawrence Vigouroux, Joe Romanski, Scott Twine and Jermaine McGlashan all given the chance to impress.

Chris Robertson produced a superb tackle to prevent a Melksham attacker from pulling the trigger, although the hosts were able to pull one back moments later.

Vigouroux then had to produce a superb save to keep his side's lead intact, which allowed Town to go down the other end and punish their hosts with McGlashan finishing from a tight angle.

Scott Twine, on the pitch for a matter of seconds, then made an instant impact as he bundled home a fifth from close-range. 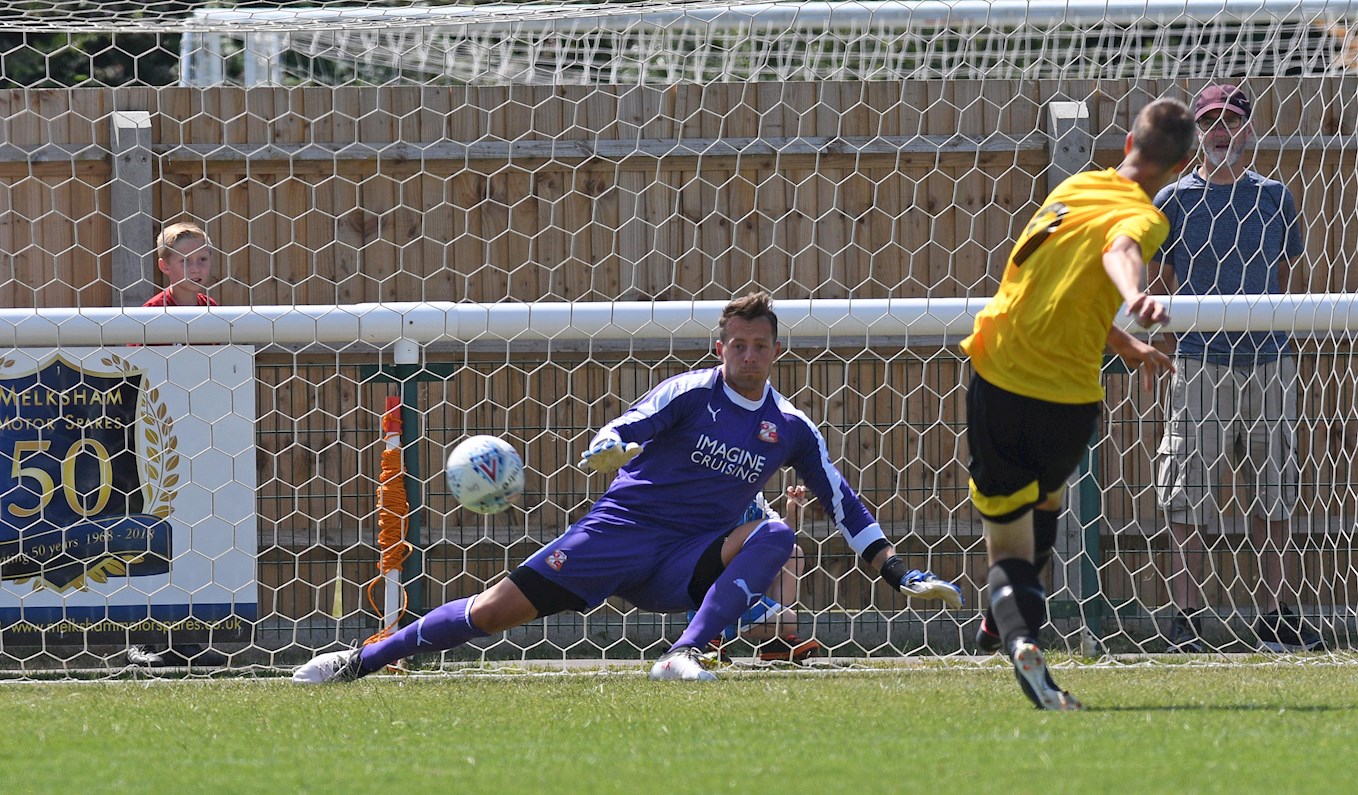 McGlashan then blazed a shot over the bar from close-range following good work from Twine, before the latter saw his well-struck free-kick smothered by the Melksham keeper.

Town were still creating chances as the game entered its closing stages with McGlashan scooping a shot wide after being played clean through on goal, and that was that with the Reds making it two wins from two pre-season outings.

Phil Brown's side will now spend the next week in Spain for a warm-weather training camp before returning home to play West Brom at SN1 on Saturday 14th July - 3pm KO.