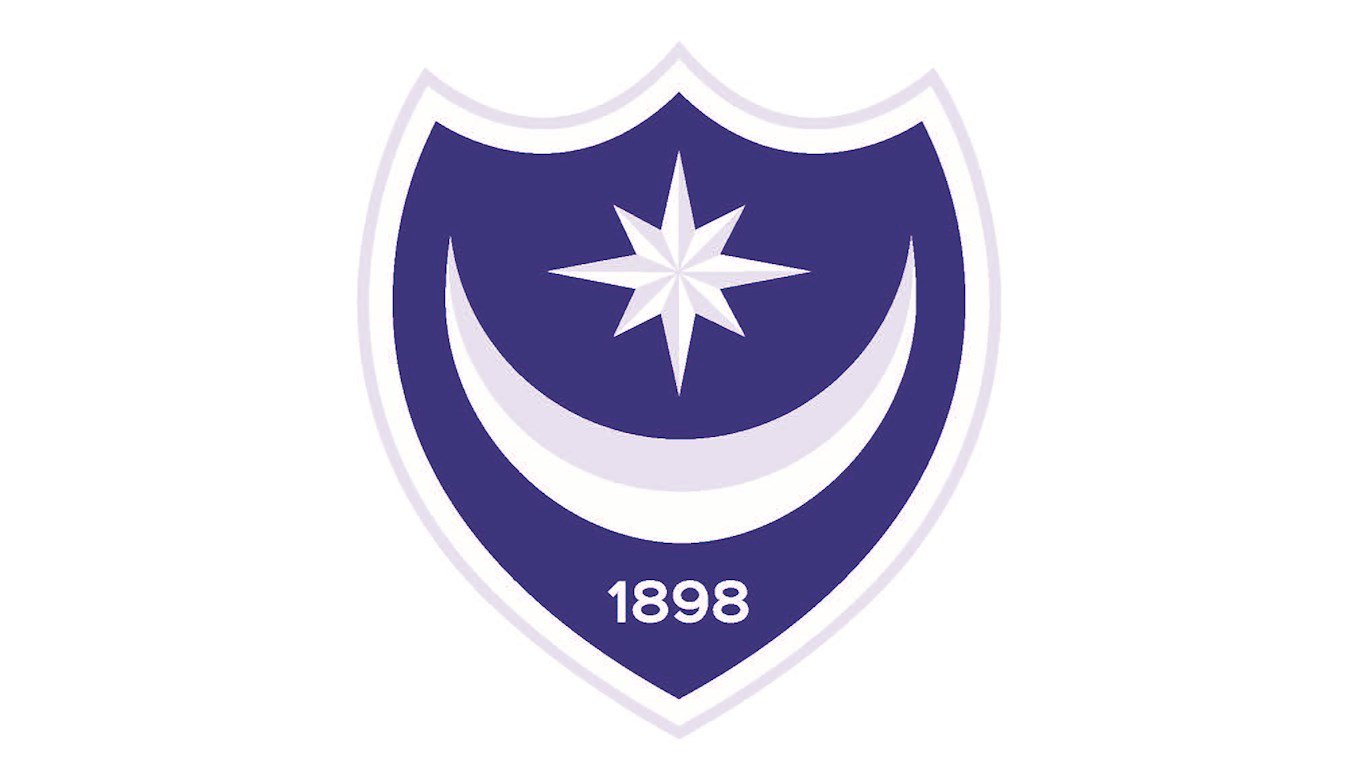 Swindon Town are in action at The Energy Check County Ground on Saturday with Portsmouth the visitors (3pm KO).

It is the Reds' penultimate pre-season fixture and we've put together a useful guide to get you in the mood for the game...

Phil Brown will no doubt be selecting a side tomorrow that will be close to the one that starts the season opener against Macclesfield on August 4th.

After the majority of the squad were given 60 minutes against West Brom and then further minutes during the defeat to Benfica in midweek, more of the same should be expected tomorrow.

The same will apply to Portsmouth who will also be stepping up their preparations for the new domestic campaign, so expect an entertaining contest come 3pm on Saturday.

The Legends Bar will be open from 12pm for home fans only and it will remain open after the full-time whistle.

Portsmouth fans will be able to use Bar 71 from 12pm, which is located at the end of the Arkells Stand.

Parking is available in the main car park at The Energy Check County Ground.

Portsmouth supporters heading to the game can also check out our handy Away Fans' Guide by clicking HERE.

Town will be without strikers Marc Richards (Shoulder) and Kaiyne Woolery once more, whilst Club Captain Olly Lancashire is also expected to sit out.

However, new signing Toumani Diagouraga could be involved in some capacity after arriving on a free transfer earlier in the week. 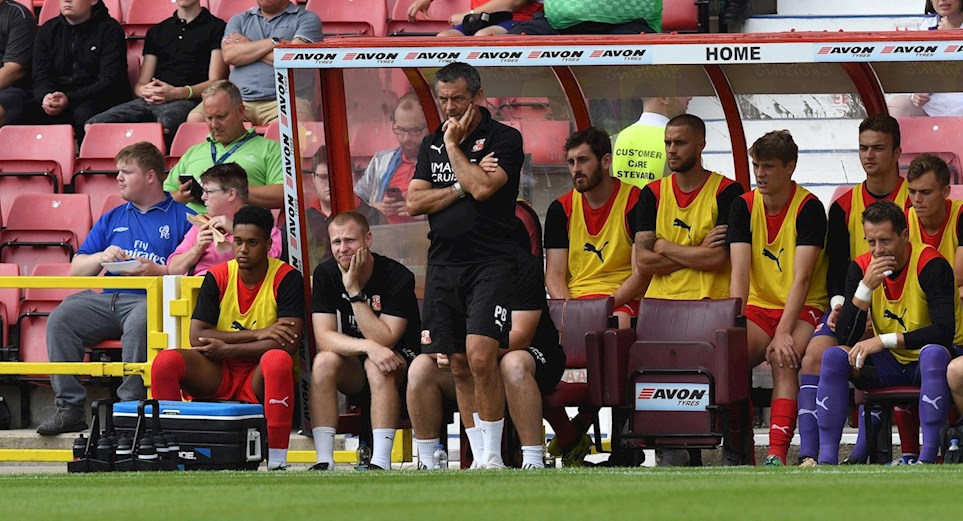 
Swindon Town Boss Phil Brown spoke to the local media in the wake of his side's 2-0 pre-season friendly defeat to Portsmouth.

Swindon Town brought the curtain down on their home pre-season campaign with a 2-0 defeat to Portsmouth this afternoon.

Phil Brown's side performed well in flashes but goals from Oliver Hawkins and Jamal Lowe were enough for Pompey to seal the victory at The Energy Check County Ground.

With the 2018/19 Sky Bet League Two campaign just around the corner, the Reds selected a strong Starting XI whilst new signings Jak McCourt and Toumani Diagouraga were on the bench.

It was the visitors who got off to the brighter start though as Ronan Curtis sent a dipping effort over the bar, before Jamal Lowe dragged a shot wide after the Reds failed to clear their lines from a corner.

It was soon Town's turn to attack, however, and they were inches away from taking the lead were it not for a superb save.

Kyle Knoyle whipped in a dangerous cross and Ellis Iandolo was there to meet it, but his header was somehow pushed to safety by Craig MacGillivray.

Oliver Hawkins then nodded wide from Lee Brown's corner with Pompey beginning to move the ball around with a real swagger and purpose.

Both sides were looking good with the ball at their feet in truth and it was Town's turn next to nearly pass their way into an opening, although Keshi Anderson couldn't give the move the finish it deserved as he fired way over. 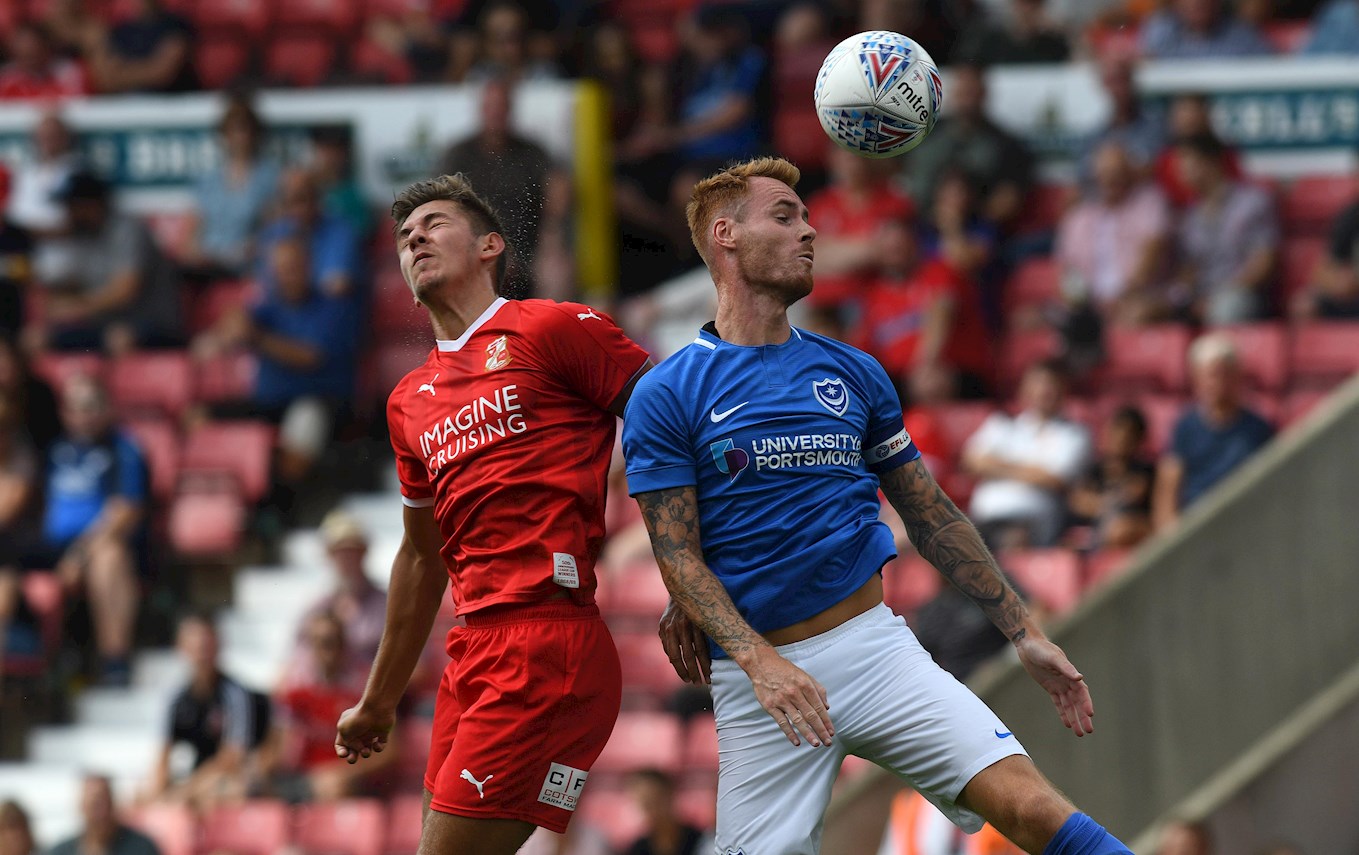 There was a good ebb and flow to proceedings with both teams looking dangerous when going forward.

Brown and Hawkins combined once again for the visitors with the latter's header landing onto the roof of the net, before Tom Naylor's free-kick was latched onto by Conor Chaplain who sent an audacious overhead kick wide of the post.

Keshi Anderson could then only slice a shot miles wide for Town, whilst Steven Alzate came closest to breaking the deadlock after curling a shot inches wide of the far post.

Anderson sent another strike wide and Matty Taylor fired a half-volley over the bar, with the wait for the game's first goal extending into the second-half.

It was more of the same after the interval with both outfits attacking with plenty of endeavour and purpose, as Hawkins sent a header into the side netting for Pompey.

And Hawkins was eventually rewarded for his patience after powering home a header from Lowe's pinpoint cross to open the scoring. 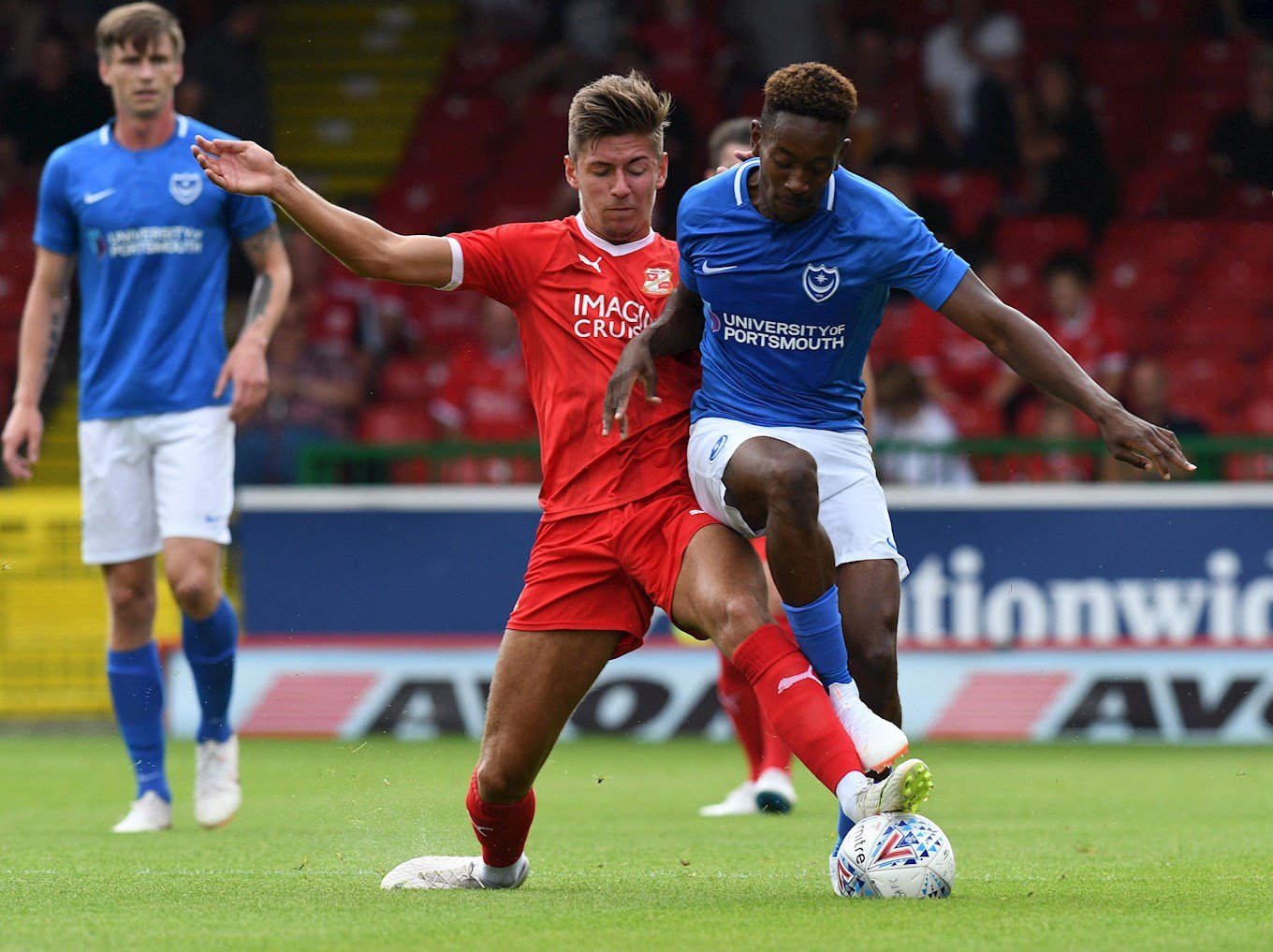 Town did respond in a positive manner, however, and they were unlucky not to haul themselves level.

MacGillivray had to punch clear a dangerous cross before a flurry of Portsmouth defenders threw their bodies into the way of shots, before Dion Conroy saw his overhead kick cleared off the line by Matthew Clarke.

Hawkins soon had another chance but he could only glance wide from Chaplin's cross, before Elijah Adebayo lashed wide at the other end.

But that missed opportunity came back to haunt the Reds moments later as Lowe was able to bundle home from close-range to double Portsmouth's lead.

Town then made a flurry of subs as Jak McCourt, James Dunne and Toumani Diagouraga were all given run-outs. 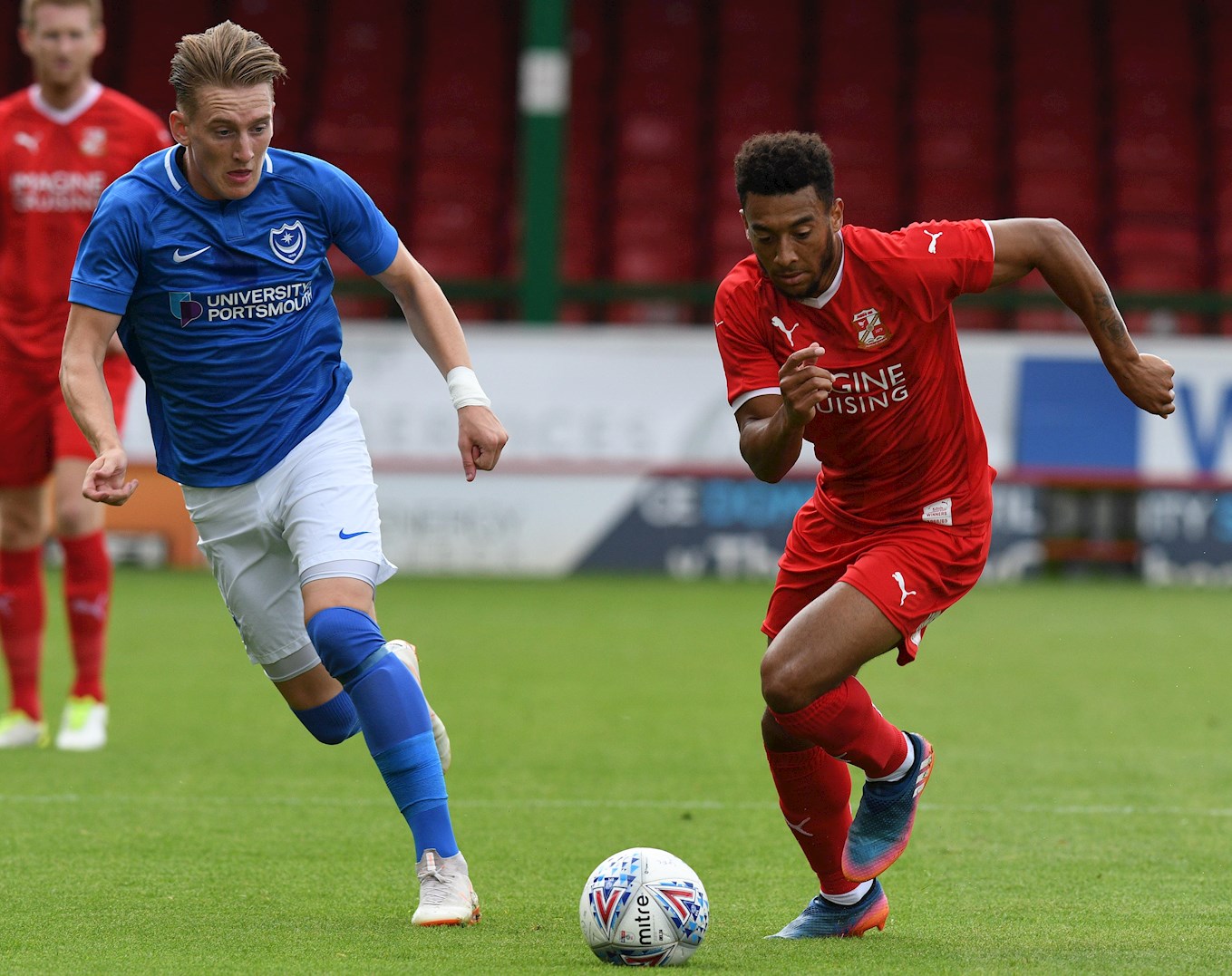 The tempo seeped out of the game in the closing stages and Town were unable to claw their way back into the contest, with all eyes now on Swindon Supermarine next Friday.


Swindon Town Boss Phil Brown spoke to the local media in the wake of his side's 2-0 pre-season friendly defeat to Portsmouth.