Town will be hoping to turn their fortunes around with a win away at Port Vale this weekend.

Swindon have only won one of their last six league games, and need to bounce back after last week’s 4-0 home loss to Carlisle.

Richie Wellens takes his side away for his first trip as Robins boss and will be looking to take comfort from the first-half performance rather than the end result against the Cumbrians.

The Valiants are 12th in League Two and have won two, lost, drawn two in their last six outings in all competitions.

Their top goalscorer this campaign is seasoned marksman, Tom Pope who is currently in his second spell at Vale Park after two seasons away with Bury from 2015 to 2017.

Last time out, Vale lost out to a single goal to Mansfield, with Christopher Hamilton striking in the 41st minute.

Town’s last visit to Vale Park came in October 2017 and it was a happy away day. Goals from Matt Taylor, Paul Mullin and Kellan Gordon ensured a bumper 3-0 victory on the road.

And Town bagged another triple in a slightly less comfortable affair later on in the 17/18 season – the Robins had to come from behind to grab a late victory with Marc Richards bagging a brace, and Paul Mullin scoring in the 88th minute to seal three points.

Over the years, Town have had some high-scoring clashes with the Valiants – in 2008, they stuck six past them at the County Ground without reply. On the scoresheet that day were: Lee Peacock, Craig Easton, Jack Smith, Michael Timliln, Anthony McNamee and Ben Joyce.

Four years later, and it was five without reply. Matt Ritchie, Aden Flint and Alan Connell added to a Paul Benson sent the County Ground into delirium as Town were crowned League Two champions.

Neil Aspin has worked his way up through non-league football over the last 13 years. Aspin made 348 appearances for Port Vale between 1989 and 1999 after starting his career at Leeds United in 1982.

He also turned out for Darlington, Hartlepool United, and Harrogate Town. Aspin returned to Harrogate in 2004, as manager consistently pushing for promotion to the National Conference. In 2009, after five years of knocking on the door of the play-offs the 53-year-old decided he couldn’t take the Sulphurites any further on the budget on offer.

Part of the success was down to a certain Jamie Vardy who Aspin had signed from Stocksbridge Ark Steels for £16,000 after their Division One triumph.

Aspin also led Town to their first FA Cup First Round proper, where they lost to Charlton Athletic.

In November 2015, Aspin got the top job at his hometown club, Gateshead and guided them to a ninth-place finish in the National League and in his second season, got them to eighth.

On 4th October 2017, Aspin was appointed manager of Port Vale, taking them over as they sat in 22nd in League Two and managed to ensure safety with two games to spare. 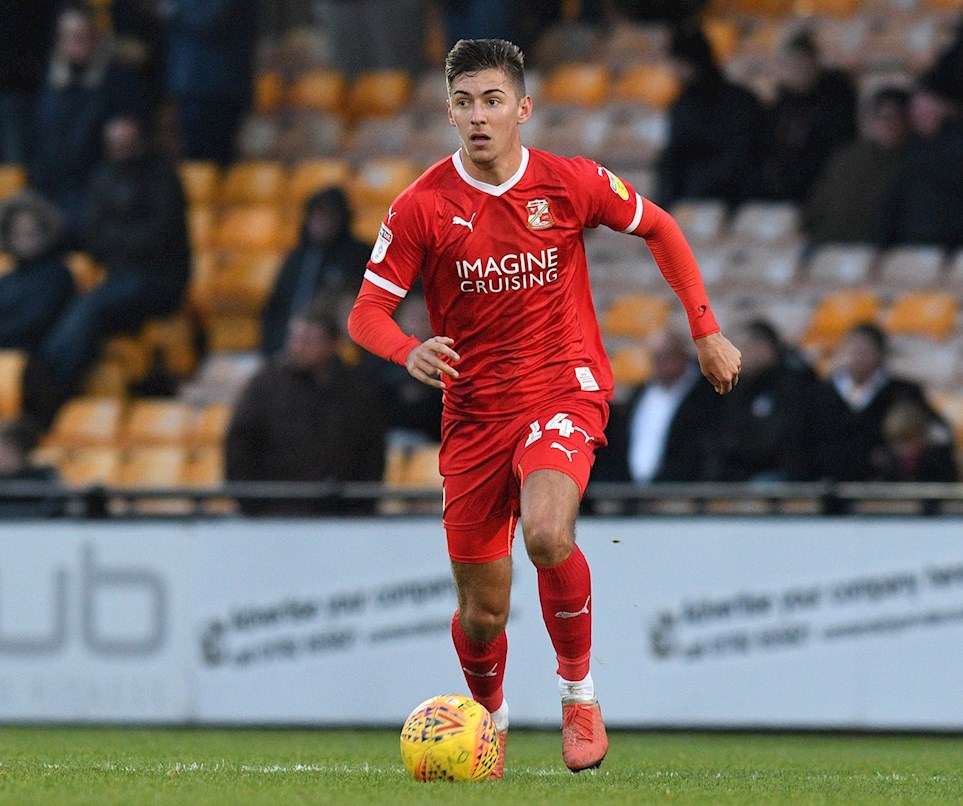 IANDOLO: WE WANT TO TAKE THIS INTO TUESDAY


Ellis Iandolo wants Town to use Saturday’s win as a motivator for Tuesday’s game against Stevenage. 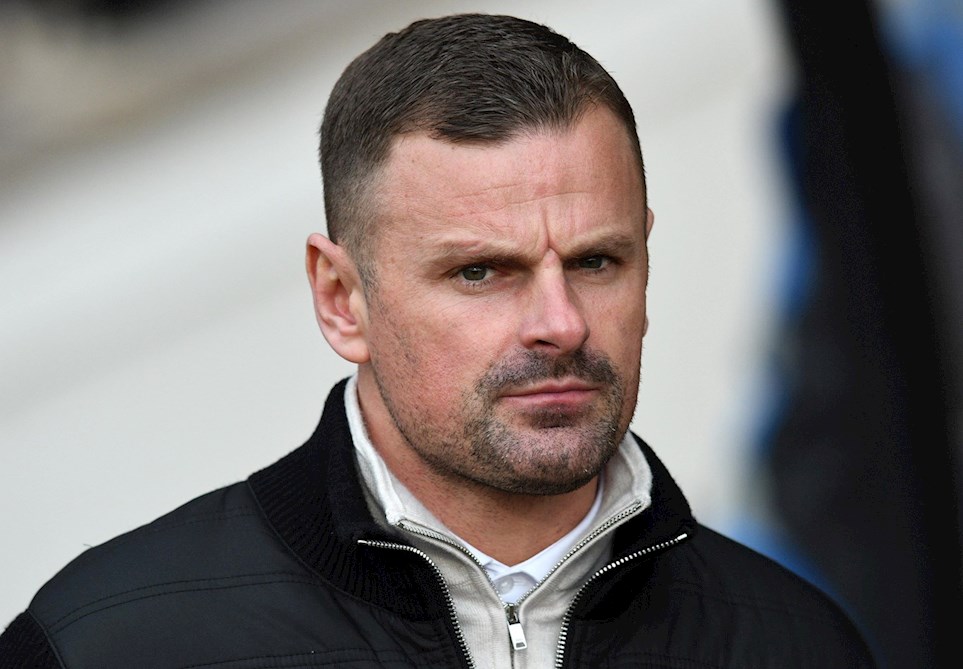 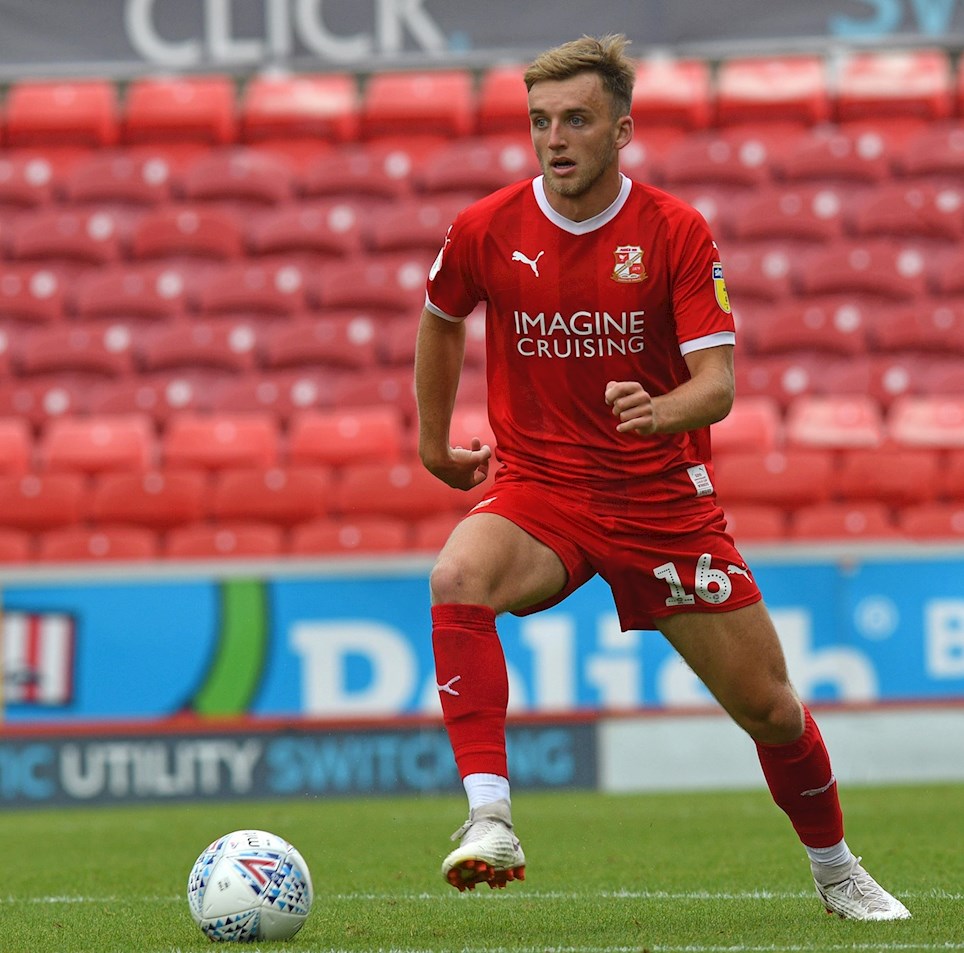 SMITH: WE HAVE TO BUY IN TO WHAT THE MANAGER WANTS


Martin Smith outlined the importance of buying into Richie Wellens’ ideas as quickly as possible as he spoke to the press ahead of the trip to Port Vale.

Elijah Adebayo’s early goal turned out to be the difference at Vale Park as Town overcame Port Vale.

As the game went on, the hosts began to bombard the Town box but the centre-half duo of Sid Nelson and Luke Woolfenden ensured a clean sheet on the road for the third time this season.

It was a quick start that put Town into the lead – they were bright from the off and Adebayo’s goal was deserved, despite it being the game’s opening chance.

Ellis Iandolo found Scott Twine with a cross, the youngster put a backheeled volley towards goal, Scott Brown saved and the Fulham loanee was in exactly the right place to side-foot home.

And from then on in the half, Town were the dominant force. Iandolo was involved again with a whipped delivery that Keshi Anderson turned goalwards, only for Brown to get his body behind the ball and save.

The Valiants’ only attempt of note came in the 22nd minute – Tom Conlon put a free-kick up and over a Swindon wall but Vigouroux anticipated the placement of the set-piece and stopped well.

Keshi was in the thick of the action, causing the Vale defence all sorts of problems, he won the ball high up on the home side’s 18-yard box and earnt himself half a yard, but flashed a shot wide of the near post.

Next up was Twine to try his luck – the young striker rose highest in the box but, again, Brown was equal to it.

Anderson was back again being busy behind Adebayo – he beat his man on the edge of the box, and struck well but missed the goal by a fraction.

After the interval, the ball spent more time in the air than on the ground as Port Vale pumped the ball forward to Tom Pope in search of an equaliser.

It was Town that still had the clearest look at goal, and even that wasn’t much. Jak McCourt drilled a shot across goal but Scott Twine couldn’t react quick enough to turn it goalwards.

Matt Taylor nearly added another free-kick to his Vale Park collection after last season’s special effort but this time around, it hit the side of the net rather than the back of it.

Leon Legge came closest for the Valiants on 74 minutes – his header from a corner, was cleared off the line by Steven Alzate, doing his defensive duties as all hands were at the pump.

Town’s final chance to double their lead came with ten minutes of normal time to play – Twine worked a pass to Keshi after some quick footwork but his shot on the spin was comfortable for Brown.

Despite ten minutes of added time, Town’s backline stood firm under an aerial barrage and secured a valuable three points.

IANDOLO: WE WANT TO TAKE THIS INTO TUESDAY


Ellis Iandolo wants Town to use Saturday’s win as a motivator for Tuesday’s game against Stevenage.

SMITH: WE HAVE TO BUY IN TO WHAT THE MANAGER WANTS


Martin Smith outlined the importance of buying into Richie Wellens’ ideas as quickly as possible as he spoke to the press ahead of the trip to Port Vale.

Swindon have been allocated the Hamil Road stand.

Supporters have until 12pm on Friday 23rd November to purchase tickets for this fixture. Tickets will also be available on the day to Swindon supporters with a £2 increase.

All tickets not collected from STFC will be taken up to Port Vale by our official coach travel for supporters to collect on match day.