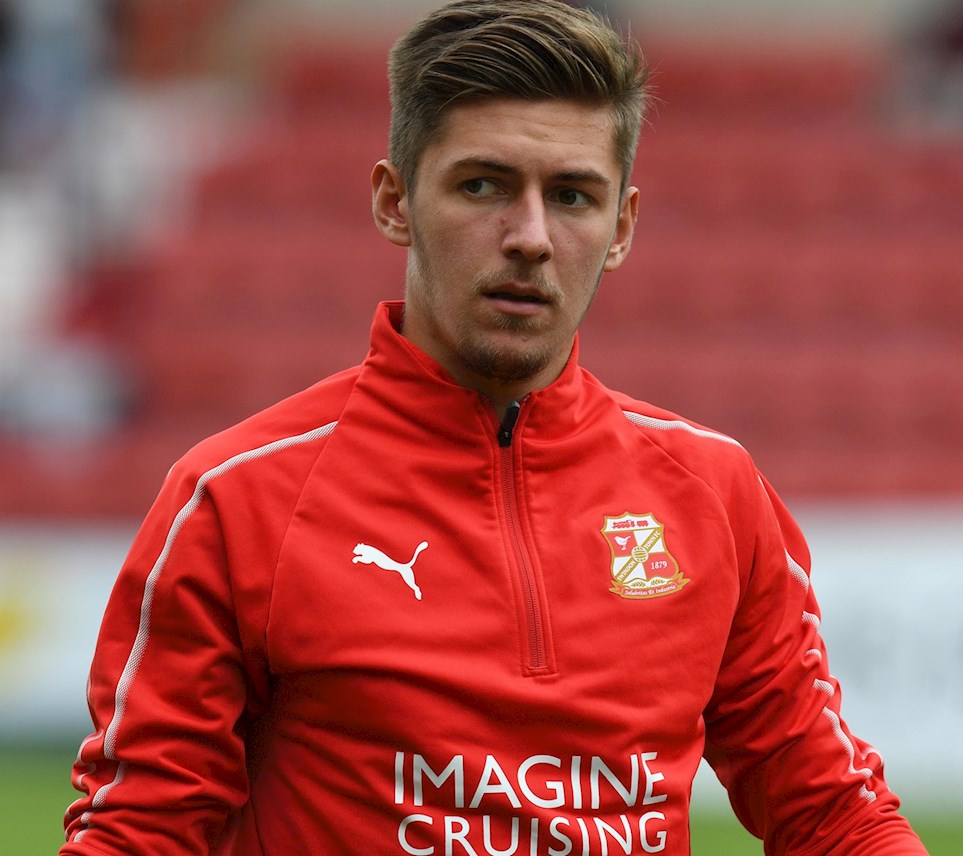 IANDOLO: IT GIVES US A CHANCE TO BREAK INTO THE TEAM


Ellis Iandolo could be given a start as Town face Newport County in the Checkatrade Trophy.

Michael Doughty’s penalty sealed a second 1-0 win on the trot for Swindon, who overcame Newport County in the Checkatrade Trophy.

The game, in truth, passed without too much event – but on 75 minutes Elijah Adebayo spun his man and was felled in the box. Doughty was on-hand to coolly chip his penalty straight down the middle in front of 1,301 at the Energy Check County Ground.

Phil Brown made five changes from the side that had shut out Morecambe at the weekend – Romanski, Dunne, Diagouraga, Iandolo and McGlashan came into the side.

Chances were few and far between for either side as the game became scrappy and without rhythm.

Ellis Iandolo provided the early running and first bit of quality as he whipped in a dangerous free-kick – Sid Nelson got on the end of it but had it deflected wide of the goal.

Swindon dominated possession early on and nearly took the lead – Keshi Anderson did well to beat his man but couldn’t apply the finish after Iandolo and McGlashan worked the ball round the back of the Exilers’ defence.

The second half, again, was not the greatest half of football although both sides were working hard to try and create something – James Dunne had the ball taken off his toes as he was about to pull the trigger.

And Dunne was in the thick of the action again ten minutes later, Iandolo curled the ball in from the left but the midfielder, returning from suspension, volleyed over the bar.

On 75 minutes the deadlock was broken – Adebayo had the ball fizzed into him by Michael Doughty, on as a second-half substitute, spun his man and was felled as he entered the box.

Doughty stepped up as he has done four times already and put home his sixth goal of the campaign – coolly chipped straight down the middle.

IANDOLO: IT GIVES US A CHANCE TO BREAK INTO THE TEAM


Ellis Iandolo could be given a start as Town face Newport County in the Checkatrade Trophy.