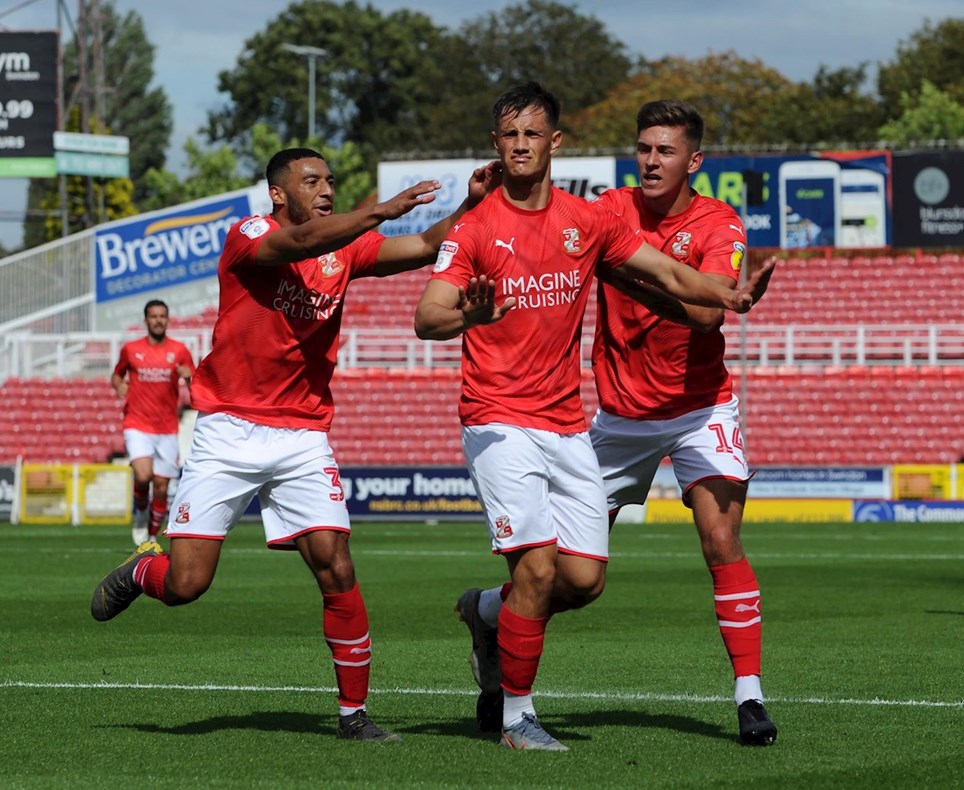 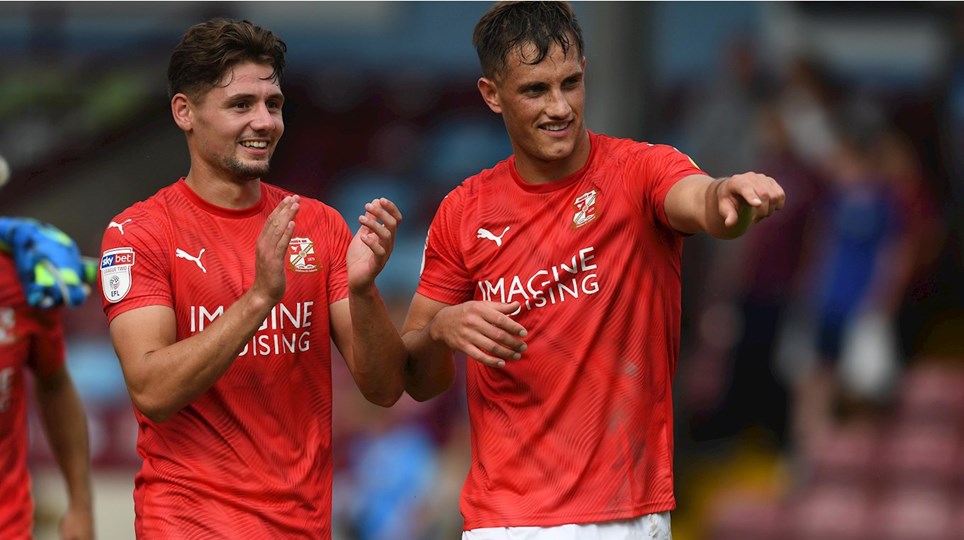 Town’s striking pair of Jerry Yates and Eoin Doyle grabbed a goal and a brace each, respectively as Swindon overcame Morecambe at the County Ground by three goals to one.

In a goal-glutted opening 20 minutes, Doyle put the home side ahead with a real poacher’s goal on three minutes. Lewis Alessandra continued his rich vein of goalscoring form for the Shrimps with a goal out of the blue on 13 minutes.

Lots of managers talk about ‘keeping things tight’ in the opening stages – that message didn’t make it past the white line in this game, definitely not to Eoin Doyle.

The Irish striker took only four minutes to grab his fourth in four games. Keshi Anderson moved inside from the right-hand side before his shot was blocked by Steven Old, Doyle anticipated where the ball would spin and made a run past the defender. The ball dropped perfectly and, in great nick from his brace last week, he volleyed through the legs of Barry Roche.

Town’s opening ten minute spell would have convinced most in the stands that they would go on to put Morecambe to the sword but Danny Rose’s loss of possession put a momentary halt on that belief. Lewis Alessandra was the man to benefit and he made no mistake on 13 minutes, finishing past Luke McCormick.

Four minutes later, Town were back in the lead – Anderson advanced, this time from left-hand side to the middle, playing a one-two with goalscorer Doyle before slipping a pass through to Jerry Yates.

It was as if Yates and Doyle getting jealous of each other’s goal-getting as on 20 minutes, Doyle had his second and Swindon’s third.

It was a combination that threw back to last weekend at Cheltenham that did the trick for three. Isgrove got the ball on the right, dipped a cross to the back post to Doyle, who’s chance was by no means easy. His downward header was perfectly placed to beat Roche and have Swindon in a deserved two-goal lead.

Following the breathless opening 20 minutes, the game settled and the half only had two chances of note. Anderson almost finished following a winding run before Isgrove’s low shot was saved by the Shrimps goalkeeper.

The second period almost got off to a flying start – a well-executed training ground corner almost paid dividends when Isgrove played to the edge of the box with Doyle peeling away. The 31-year-old striker connected well with his half-volley but his effort was just over the bar.

Other than that, it would be fair to say that this half was not action-packed. In fact, it was difficult to identify another real chance of note. Despite the two-goal margin, the County Ground crowd grew slightly frustrated with a lethargic affair as Morecambe creeped into the game.