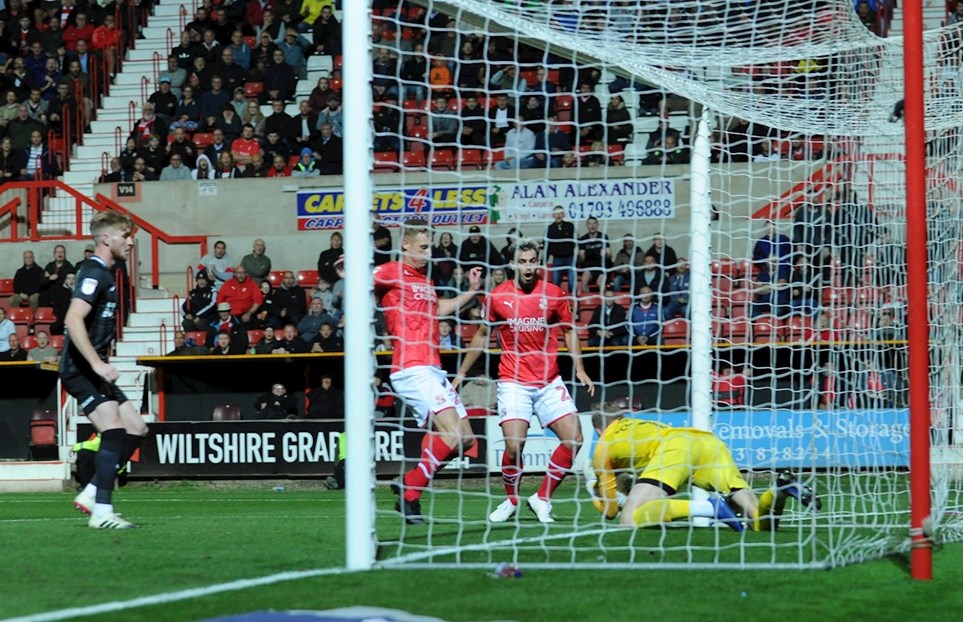 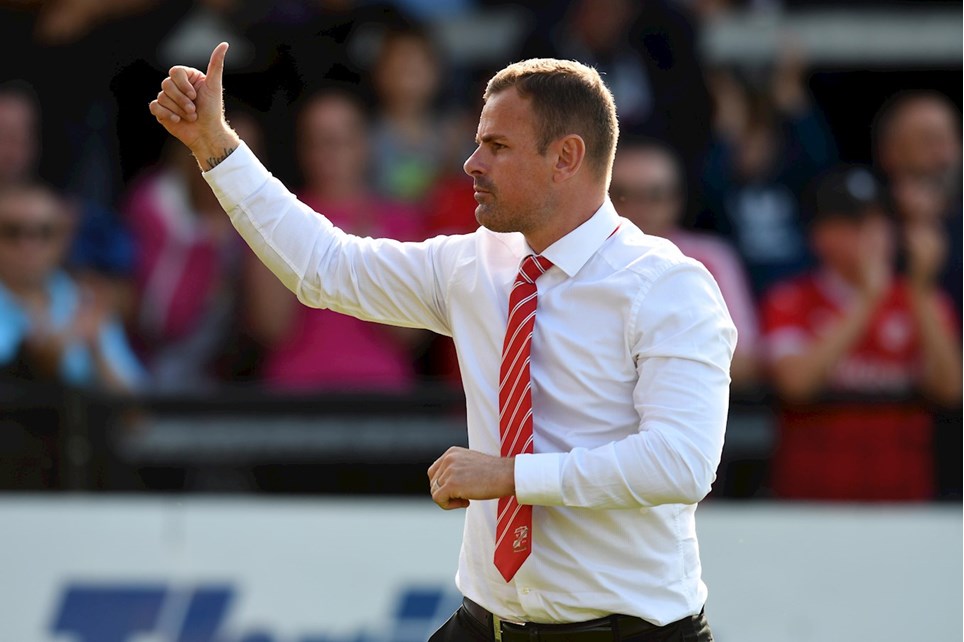 WELLENS LOOKS AHEAD TO VISIT OF NORTHAMPTON

Town suffered first defeat of the season at the hands of a controversial Andy Williams strike as Northampton ran away 1-0 winners at the County Ground.

In a largely even contest, the Cobblers claimed all three points through a fierce finish by Williams, although it was not without controversy as he appeared to be clearly offside leaving the Town players incensed.

The Robins struggled to recover after that and slipped to a narrow defeat, the result knocks them off top spot and down into the play-off places.

The first ten minutes of the first-half ultimately set the tone for the remainder of the opening 45 minutes, a largely scrappy opening with the main action coming in a flurry of Northampton free-kicks to no avail.

Town gradually grew into the game as the half progressed, with 13 minutes on the clock it was Lloyd Isgrove who had the Robins’ first opportunity as he swung an effort way over the bar from 25 yards out.

Northampton, for a lot of tidy build-up play, rarely troubled Luke McCormick in the Town net and were almost made to pay on the 26-minute mark.

Richie Wellens’ latest signing Eoin Doyle managed to get in behind the Cobblers back-line for a split second but his effort was well blocked by a recovering Jordan Turnbull.

The best spell of the half certainly came in the final ten minutes before the break as Town turned the screw.

After a bit of pinball in the visitors’ area, the ball fell to Isgrove on the edge of the area who, this time, saw his goal-bound effort blocked.

Shortly after, Isgrove was influential once again, his cross was met by Dion Conroy with a flick-on but Charlie Goode just about got enough contact on the ball to help it on its way for a corner to leave Richie Wellens and his side frustrated at the interval.

The second period saw a complete switch in intensity and it was the Robins who began much the brighter, in large due to an inspired decision from the boss to switch Kaiyne Woolery to the right-flank.

Some good work by Woolery saw him burst past his Northampton counter-part and drill a ball across the face of goal which was turned behind for a corner much to the relief of visiting boss Keith Curle.

Town continued to impress and came close to opening the scoring through Jordan Lyden whose header forced a good fingertip save from David Cornell.

Woolery continued to impress in his new role, this time he dug out a good cross which found Doyle but his volley was blocked by a dangling Northampton leg.

Finely poised, the game swung in a matter of moments. Firstly, Town thought they might have opened the scoring as Conroy met a Michael Doughty corner which looked as if it was potentially over the line – a good save in the end from Cornell.

Then, the sucker punch, Williams found himself in behind the Town defence and just as the angle looked against him, he unleashed a rocket of a strike which cannoned in off the bar. Sadly, the goal will be overshadowed by the decision of the assistant referee as replays showed Williams to be at least a yard offside.

Town pushed, and aimed to repeat the feat of just three days ago at Exeter by scoring a late equaliser, but it wasn’t to be.

Adam May came closest to grabbing a goal, following another Woolery cross the ball fell to May 12 yards out but he blazed his striker just over the bar.

Despite a barrage of Town attacking play, they couldn’t squeeze the ball home. A late penalty appeal and a close Doughty free-kick proved to be the closest Swindon came to finding a route back into the game.

In the end, a frustrating and narrow defeat in front of a healthy 7,203 crowd at the County Ground. The officials, unsurprisingly exited the pitch to a chorus of boos.

WELLENS LOOKS AHEAD TO VISIT OF NORTHAMPTON