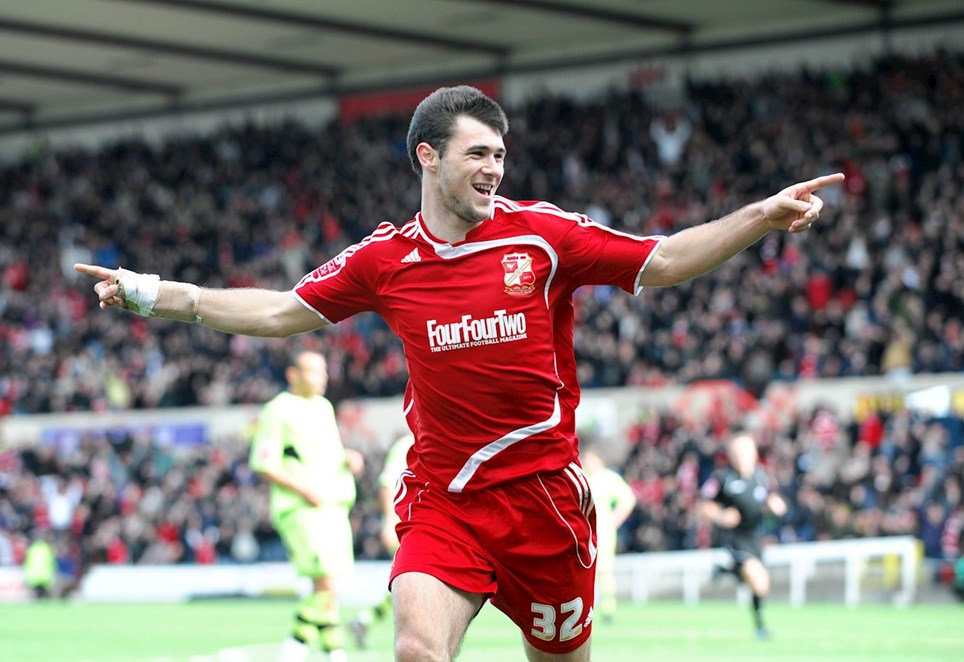 Eoin Doyle opened the scoring from the spot after four minutes, equalling a club-record 11 consecutive games scored in, after Anderson was felled in the box.

The attacking midfielder, making only his second start following nine games on the sidelines with a hamstring injury, grabbed his first on 40 minutes before a special strike just before the half-time whistle. He rounded off his afternoon with a tap-in on 65 minutes which put paid to any Cambridge hopes for a Boxing Day turnaround.

In Town’s last game it took Eoin Doyle 14 minutes to open the scoring against Forest Green – this week, four. In the game’s earliest exchanges the U’s had been positive with a flurry of corners and possession in the Town box but a first foray forward brought Swindon the game’s first goal.

Paul Caddis found Anderson with a pass into the penalty area and George Taft was clumsy as he felled the Town attacker. Doyle stepped up and pushed the ball in rather than placed it – Dimitar Mitov might’ve saved it if he had guessed earlier.

With the visitors giving as good as they got, spaces began to open up but for a 15-minute spell the chance wouldn’t fall. On 40 minutes, they got it just right. Caddis played a beautifully floated pass to Woolery on the edge of the box – his knock-down was perfectly weighted for the run of Anderson who slotted past Mitov. If that goal was well-worked the next was well hard.

Five minutes after his first – Woolery and Anderson linked up again and with devastating effect. The latter received the ball 25 yards out and hit a swerving effort toward goal, completely wrong-footing the U’s keeper and effectively sealing all three points.

The start to the second half was feisty – Anthony Grant clashed with Paul Lewis after a coming together on the halfway line and that theme continued for a good few minutes. Grant continued to sweep up and snaffle everything that the U’s threw at him.

Town established themselves more and more into a dominating position – the half had started scrappily but with the cushion of three goals the confidence made the difference and they began to turn the screw.

Doyle had a chance on the hour but put it over the bar on his left foot – yes, that’s right, he *didn’t* score. He was involved five minutes later but this time in a providing role. He sprung the offside trap before squaring to Yates – Greg Taylor did well to prevent the Rotherham loanee from converting but his efforts were all in vein as Keshi stormed onto the ball and swept it in with no hesitation.

The last bit of excitement came late on as the referee pulled up injured and Lee Probert, in attendance in the crowd, took over a fourth official as the assistant referee too control of the processionary final seven minutes.