Everyone knows it. Swindon have never won at Cheltenham - an unwanted record to say the least that hasn’t stopped over a thousand Robins purchasing tickets in hope that the curse will finally be broken this Saturday in the FA Cup First Round Proper.

Town’s recent record in the oldest cup competition is not the greatest either – the Robins haven’t beaten a league side in the tournament since 2012 where they made it all the way to the Fourth Round beating then-League One high-flyers Huddersfield 4-1 at the County Ground, Colchester by a single goal and Premier League Wigan.

They eventually lost out to Leicester, featuring now-manager, Richie Wellens in midfield.

However, the main source of hope is of more recent origin – Wellens’ side are three wins from three and playing some of their best football of the season.

Eoin Doyle won League Two Player of the Month and has scored six goals in his last four games. Jerry Yates has complimented his strike partner chipping in with goals against Crawley and Bradford during October.

Last time out, Doyle and Diallang Jaiyesimi made the difference when Walsall visited the County Ground as Swindon ran out 2-1 winners at a blustery and rainy SN1.

Cheltenham’s home form has been their strength this season – the draw at Whaddon Road earlier on in the season was their 14th game unbeaten on home soil. Up until last weekend’s loss against Forest Green, they were 18 games without losing at home. Their previous loss at the Johnny-Rocks Stadium had come back in January against now-promoted Tranmere.

Their top scorer this season is Ryan Broom with six goals – he has also contributed the most assists, currently standing at four.

Last season, in the FA Cup, Cheltenham made it through the first round via a replay with National League Ebbsfleet – they were knocked out in the next round by Accrington Stanley.

The last time they beat league opposition in the tournament was back in 2016 where they went to Crewe and won 4-1 in a replay – however, they’ve been knocked about by non-league opposition on two occasions in the last three years.

Sutton United and Maidstone dismissed the Gloucestershire side in consecutive seasons.

Cheltenham’s Town most successful youth product returned to where it all began last September when he was appointed as the club’s new manager.

His stand out form in Gloucestershire caught the eye of clubs from a higher level, and in the summer of 2004 he joined Burnley and again went on to enjoy a well-regarded and lengthy spell.

It was also towards the end of his time at Cheltenham and through his time at Burnley that he gained international honours. In total he made 24 appearances for Northern Ireland – the country of his birth, having been born in Belfast.

It was a position he held until the Cheltenham role became available in the early part of last season, and he was announced as Gary Johnson’s replacement, returning to Cheltenham to take on his first managerial role in the game. After taking the hot seat, he guided the Robins to 16th place in the table, safe of the predicted relegation battle he inherited. This season, he’s taken the Robins to a new level flying high in the division throughout the opening third of the season. 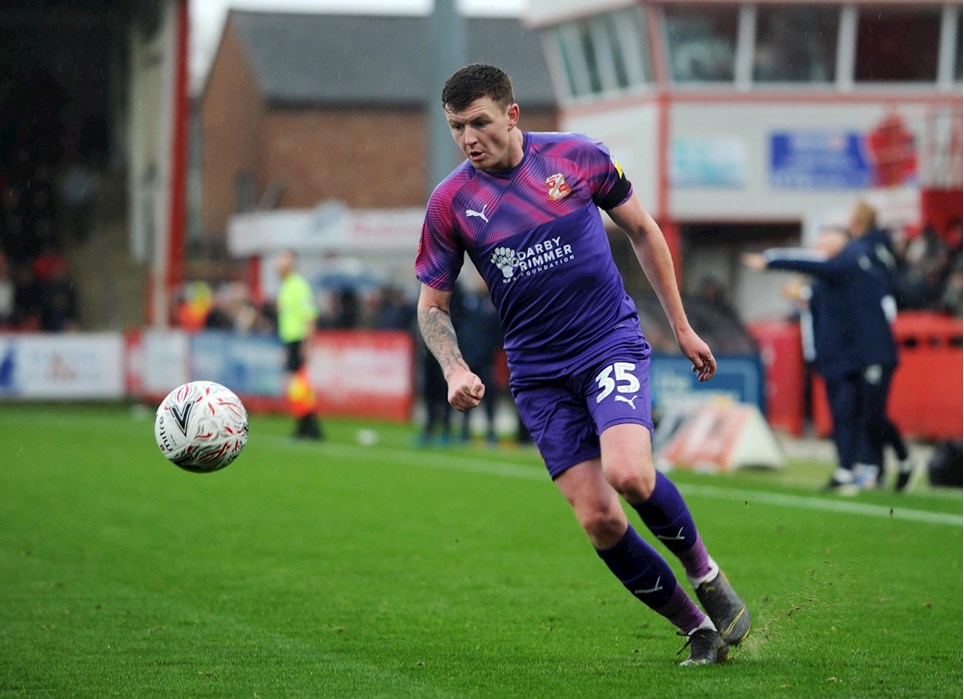 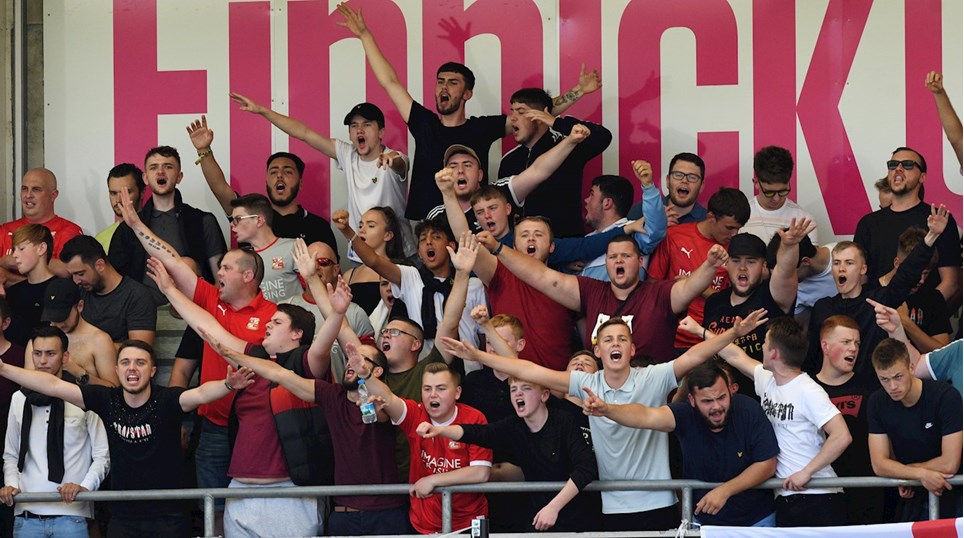 Alez Addai’s bending shot was the difference as Swindon Town were defeated 1-0 by Cheltenham at the County Ground.

The pacey winger, who scored a 93rd minute equaliser in the 1-1 draw at ‘The Jonny Rocks Stadium scored with Cheltenham’s only shot on target. Michael Doughty had an early penalty saved by Scott Flinders.

Jerry Yates and Doughty both hit the post for the home side, and Rob Hunt also saw a strong effort impressively saved, but in the end Town could not find the back of the net.

The first-half of the match was started strongly by the home side who wasted no time in carving out the first opportunity of the match.

Kaiyne Woolery received the ball on the half-turn and darted past Charlie Ragland who could only stop him by shoving him over.

Unfortunately, both Michael Doughty and Jordan Lyden were unable to capitalise as Doughty saw his low penalty impressively saved by Scott Flinders and the resultant rebound was blazed over by Jordan Lyden.

Alex Addai looked certain to score when the ball fell kindly to him in the six-yard box, but his half-volley was deflected over by Baudry.

Flinders fast reflexes were required once more, after Yates played Rob Hunt through on goal, but the Cheltenham stopper was alert to both the low strike and the onrushing Diallang Jaiyesimi, to tip the ball away.

Town were relentless in finding the first goal, and seemed to get closer and closer.

Jerry Yates, who thought he had put Town through to the second round when he scored in the 91st minute at Cheltenham 10 days ago, was found unmarked in the box, beat Flinders with a strong header, but hit the woodwork, instead of the back of the net.

The home-side continued to enjoy the greater share of possession, but the first-half petered out to a stale mate.

It only took five minutes for Cheltenham to strike first blood in the second-half.

Alex Addai who terrorised the Town left flank throughout the first-half, flew down the wing, cut in on to his right foot and smashed the ball into the far corner – it was Cheltenham’s first and only shot on target of the entire game.

Town were not dismayed and kept on knocking at the door.

Yates, maintained his constant threat from the first half, and capitalised on a defensive error to put Doughty through, but the Welshman could not make amends for his penalty miss, and hit the post with Flinders getting a vital touch en route to the post.

Several goal mouth scrambles and last ditch blocks followed, however it was not to be for the Robins who will progress no further in the FA Cup.