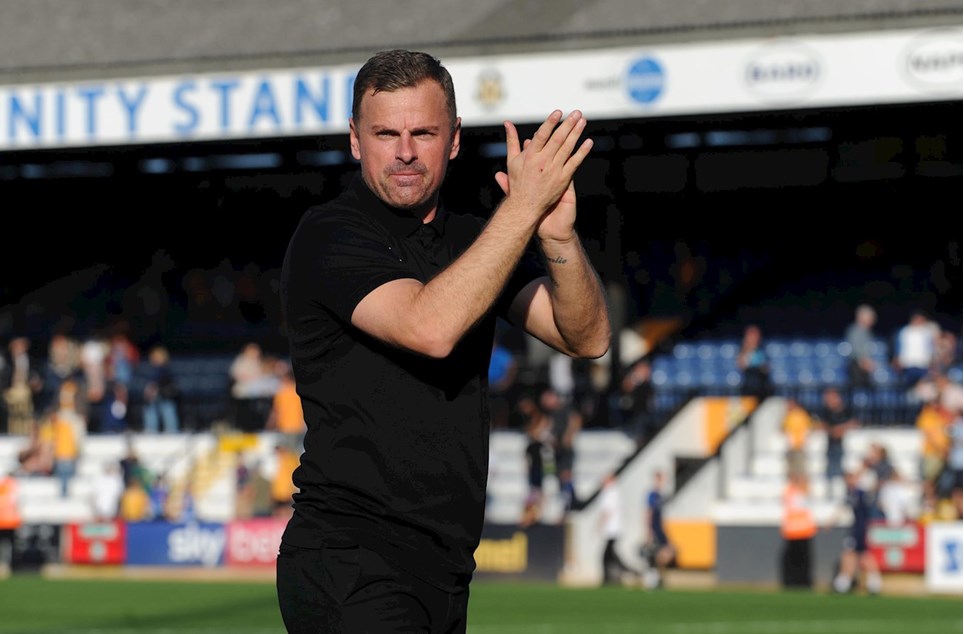 Swindon dug in to ensure that one goal was enough to beat Cambridge at Abbey Stadium.

Jerry Yates was the beneficiary of Ellis Iandolo’s incredible slaloming run in the first half as he added to this tally for the season.

Luke McCormick was in fine fettle behind a shifted defence earning Town a third clean sheet of the season.

As they have done in almost every game all season, Swindon started the game looking fresh and vibrant. In the hot Cambridge sun, they almost took the lead within three minutes – Jerry Yates’ dived onto a Rob Hunt cross but with the connection he could muster he could only find the arms of Dimitar Mitov.

However, the game became bitty after Swindon’s ten minutes of dominance  - that was not helped with the injury to Keshi Anderson which forced him off on 14 minutes.

Kaiyne Woolery came on and gently found his feet in the game – and on 27 minutes it was his flick, off Danny Rose’s pass that triggered Town taking the lead.

His backheel found its way to Ellis Iandolo on the left-hand side – he slalomed throught he U’s defence, beating former Robin Kyle Knoyle first before, George Taft and Greg Taylor. His shot was heading in the vague direction of the back post but Jerry Yates, like all good strikers would, lunged in and made sure to put Town in the lead.

The only other chance for either side came at the end of the first half – after Lloyd Isgrove was fouled on the fringe of the penalty area, Danny Rose fired a free-kick inches wide of the left-hand post.

It took a little while for the second half to kick into gear – Cambridge tried and failed to build up a head of steam despite improving from the first half.

Their best two chances came in very quick succession five minutes into the second half. Knoyle’s clipped cross sailed to the back post where Taft headed back across goal – Luke McCormick covered the ground brilliantly to stretch and tip away before being called into action moments later.

This time is was Paul Lewis who tested him – the Cambridge midfielder wrapped his foot around the ball and struck powerfully. The Town stopper reacted brilliantly to tip over the bar.

Town’s first real clear-cut chance of the half fell to Eoin Doyle – with 15 minutes to play, he turned on a sixpence to half-volley towards goal but Mitov was equal to it, collecting the ball at the second attempt.

Two minutes later and he had an effort from an almost identical angle – this time running onto it, however, this time he was denied by a flying George Taft who deflected behind.

Swindon have been allocated the South Stand (Unreserved Seating)

Supporters have until 12pm on Friday 20th September to purchase tickets for this fixture. Tickets will also be available on the day to Swindon supporters with a £2 increase

All tickets not collected from STFC will be taken up to Cambridge by our official coach travel for supporters to collect on match day. 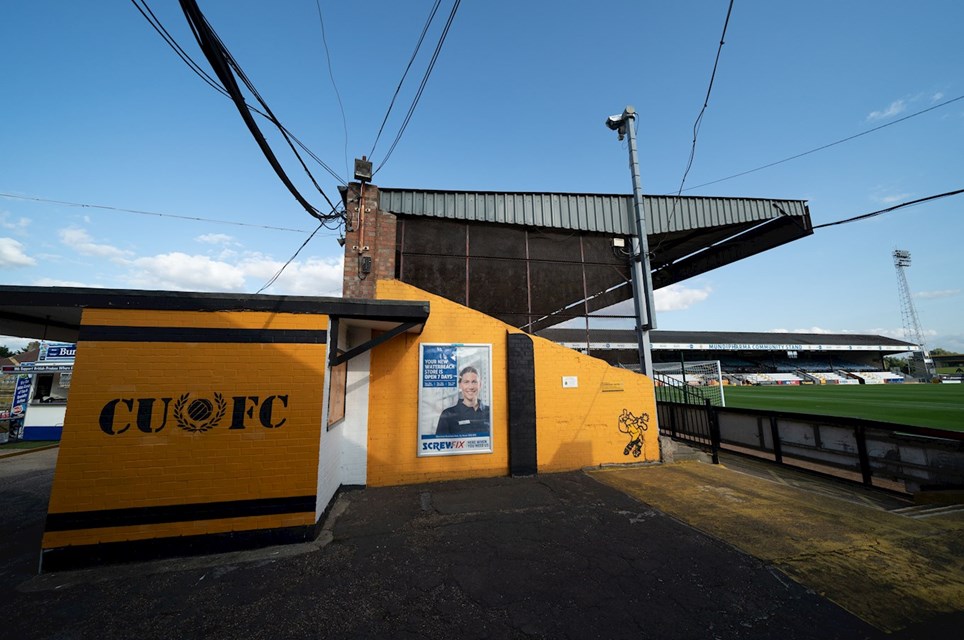