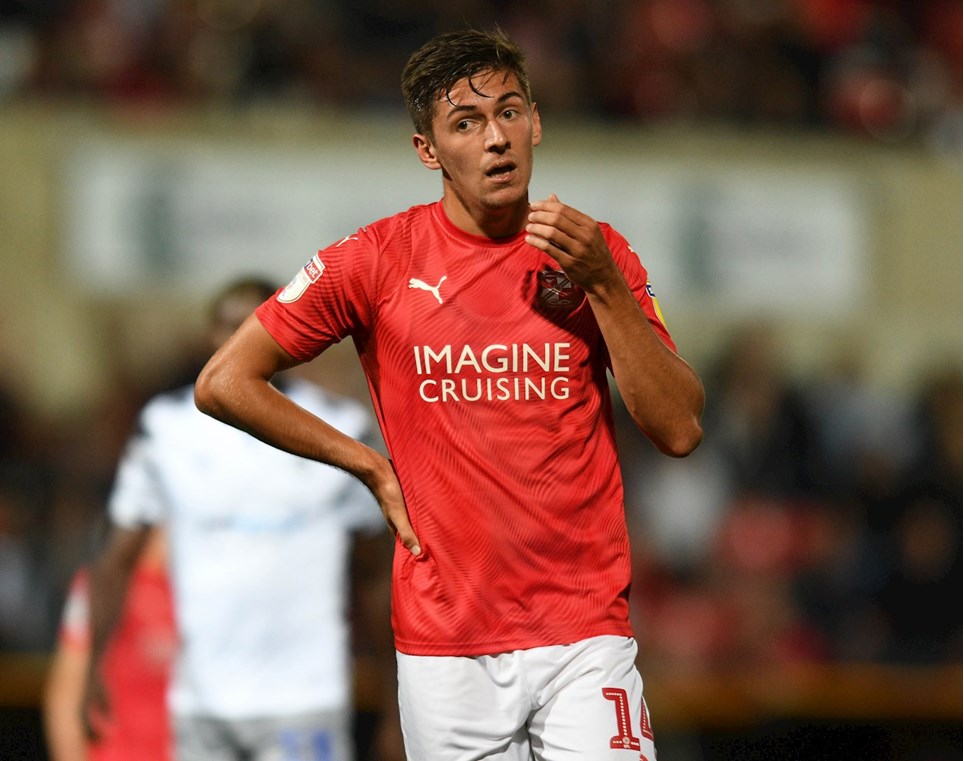 Swindon Town’s winning run came to an end following a clinical away performance from Colchester side at the County Ground.

Tom Eastman put the visitors ahead on the stroke of half-time from a corner kick, before a second-half brace from former Robin Theo Robinson, who returned to haunt his former side.

Swindon came into the contest on the back of three impressive victories, each of which saw three Town goals. Once again, Richie Wellens side flew out of the blocks in the opening phase.

Keshi Anderson again showed his attacking threat down the right, a perfectly weighted touch gave him a yard of space in the box but Colchester managed to get a block in.

The closest Town came in the first half came from a familiar source in the eighth minute, Eoin Doyle picked up the ball 30 yards from goal with one thought in mind. He ripped a right-footed effort just wide of the top left corner. The roof would most certainly have been raised if that one flew in.

As the game progressed, so did Colchester. With half-an-hour gone, Frank Nouble was inches away from getting a touch on a wicked Cohen Bramall cross from the left.

A few moments later, Town defender Mathieu Baudry hobbled off and that was effectively a catalyst for what followed in the remainder of the half.

The U’s quickly threatened through Brendan Saprong-Wiredu who burst into the box and fired just over the bar under pressure from the Swindon defence.

Then the sucker-punch just before the break. With four minutes of added time shown, Colchester took advantage from a corner, met by Eastman who looped his header to the far-right corner of the goal to put the visitors ahead.

Robinson then almost doubled their advantage in a matter of minutes, after a slick Colchester move the ball fell to Robinson who blazed over the bar from about 12 yards out.

Inside the first minute of the second-half, Doyle almost grabbed the equaliser. From an Ellis Iandolo cross, Jerry Yates got a flick on and the Irish frontman almost directed it home on the slide. Again, agonisingly wide of the left post.

Colchester to their credit, played some nice football at times and it was another piece of intricate play which handed Robinson his first of the evening on 55 minutes.

In a tight area, Colchester moved the ball well in the Town area and when the ball was fizzed across the box by Bramall it fell perfectly for Robinson to direct it on to goal and squirm the ball under Luke McCormick.

Rob Hunt stung the palms of Dean Gerken on the hour mark with a left-footed effort from range but that was probably the closest Town got to grabbing a goal back as frustration grew.

A few decisions went against Swindon much to the annoyance of the Town faithful. Firstly Sarpong-Wiredu was fortunate not to receive a second yellow for a late challenge and subsequently found himself replaced a few minutes later. Then, a penalty shout for a challenge on Hunt was waived away. There was no question that it was a foul but on balance it probably was outside the area.

Colchester then sealed the three points with a third on the counter-attack. Frank Nouble showed an extraordinary turn of pace to break away from Tom Broadbent and slot in Robinson who finished into the top left corner from the edge of the penalty area.

That was how it remained, a night to forget for the Robins as they never really clicked into the gears that saw them accelerate up the league table in recent weeks. Attention will now turn to the trip to Cambridge United on Saturday.