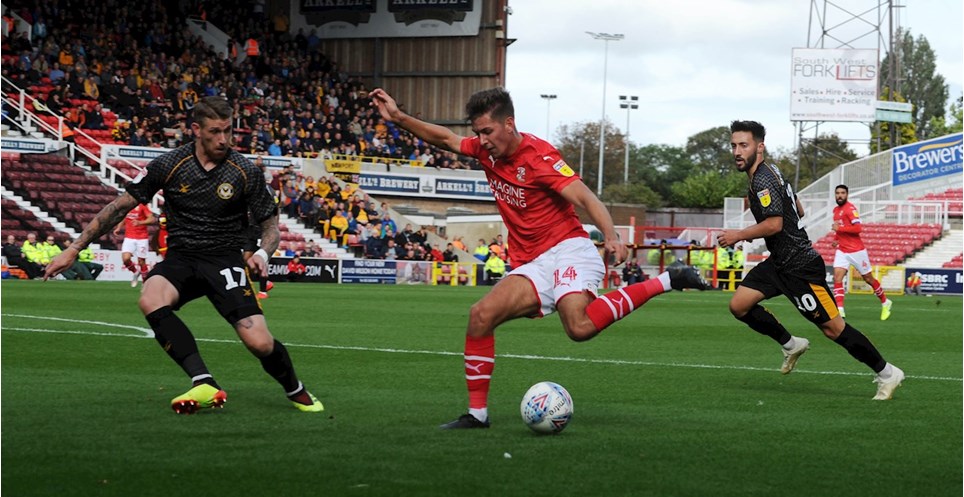 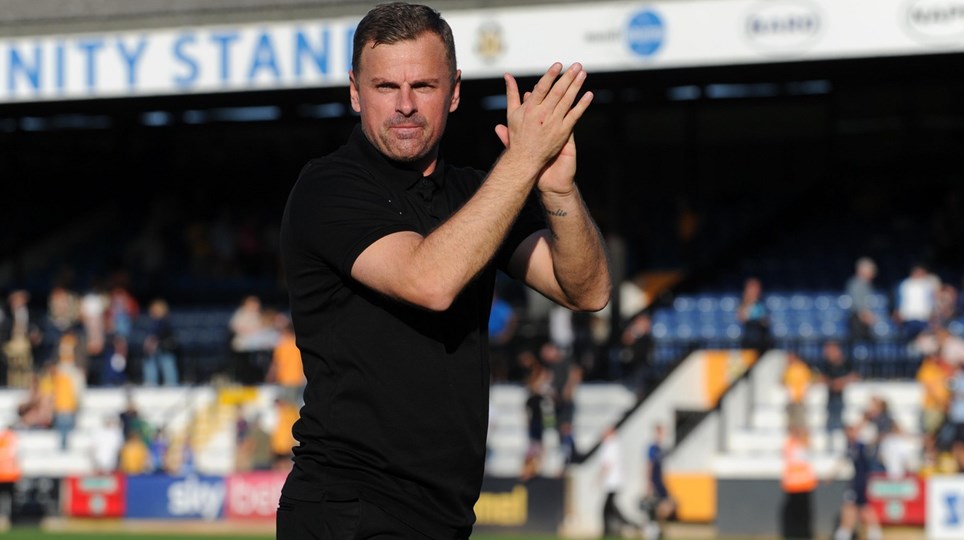 Newport prevailed 2-0 winners at the County Ground as Swindon missed out on the opportunity to go top.

Goals from Mark O’Brien and Jamille Matt were the difference on the day.

Out of any first half so far this season, this was, by quite a distance, the least attractive. Neither side was dominant as such – however, Newport’s aerial threat from set pieces was clear.

In the tenth minute they had a spell of five corners in two minutes with which they tested the resolve of Town’s back four following the early substitution of Dion Conroy who limped off in what looked like serious pain.

Town’s first look at goal came on 14 minutes – Lloyd Isgrove’s deep cross floated towards Kaiyne Woolery who pressured his man into turning towards his own goal. Tom King smothered and Newport regrouped.

It was from a corner that Newport got their lead – a deep delivery on 37 minutes from Robbie Willmott found the head of Mark O’Brien who nodded past McCormick.

Town’s final chance of the half came from a long ball upfield, ironically from a Newport corner, which McCormick caught. His drilled distribution found Isgrove who drove towards goal but had his effort saved by King.

Swindon started the second half with more gusto, the crowd got up and the Town had the wind behind them. On 57 minutes, the head of steam the home side built up resulted in a guilt-edged chance for Isgrove.

After fast and intense pressing in the right-hand corner, Rob Hunt scared to the little Welshman who caressed the ball past King, in the Newport goal. It felt like an eternity for the ball to drop but it didn’t drop fast enough and it bounced away off the upright. A collection of County bodies stopped Jerry Yates from poking in as he fought to bury the ball in the six-yard box.

The pattern continued throughout the second period – Swindon pressed and probed but failed to create and on 81 minutes their inability to penetrate cost them. Fresh from the bench, Padraig Amond whipped a dangerous ball in and Jamille Matt got across the six-yard box and crashed the ball into the goal.

And Michael Flynn’s side were able to see the game out preventing Town from closing the gap on league leaders, Exeter.