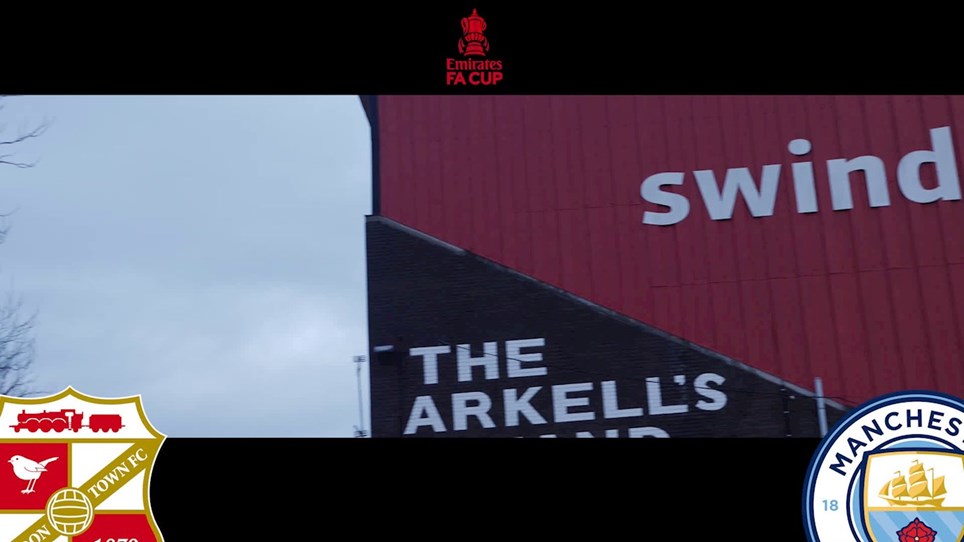 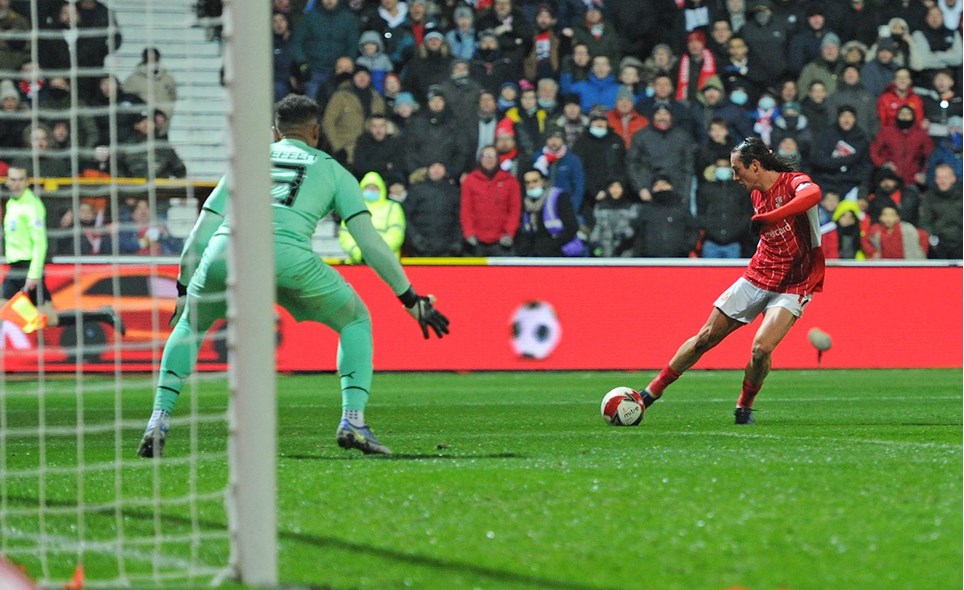 
Swindon Town entertained a star-studded Manchester City team in the Emirates FA Cup Third Round on Friday night, and we have some exclusive behind-the-scenes footage for you to enjoy. 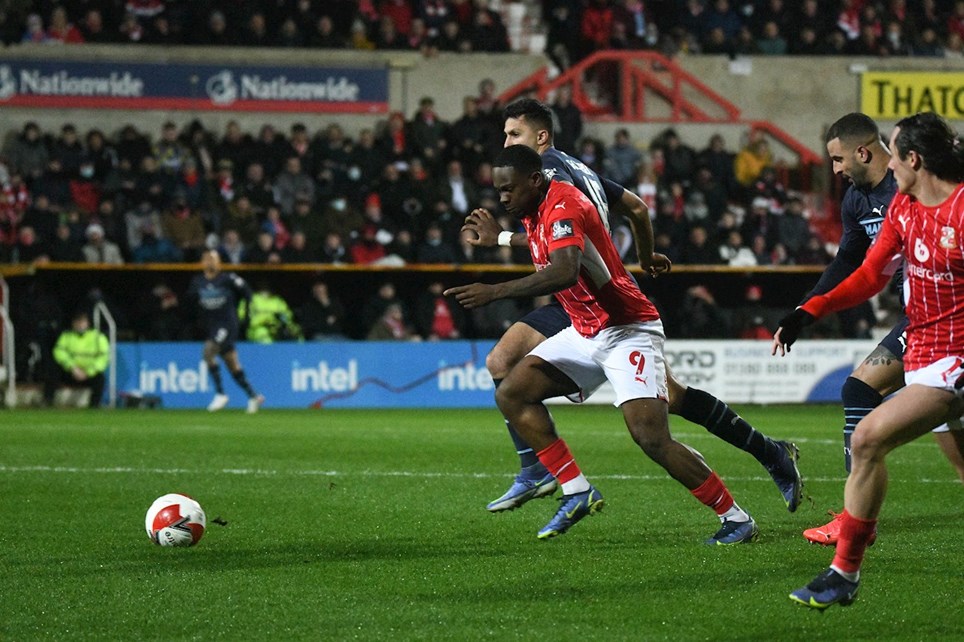 
Swindon Town fans can now check out more images from our Emirates FA Cup Third Round clash against Manchester City at The County Ground on Friday!


Swindon Town put up a brave effort in a 4-1 loss to Manchester City in the Third Round of the Emirates FA Cup on Friday.

Swindon Town gave it absolutely everything they had in a brave 4-1 defeat to Manchester City in the Emirates FA Cup Third Round at a sold out County Ground on Friday Night.

With the ITV cameras in attendance, the Reds gave a good account of themselves early on but the visitors were clinical, and efforts from Bernado Silva and Gabriel Jesus put the Sky Blues in the driving seat at the break.

Ilkay Gundogan added a third with a well-hit free-kick in the second-half, but the roof nearly came off The County Ground after Harry McKirdy pulled one back.

Lewis Ward made a penalty save and pulled off another sensational stop late on, but Cole Palmer's superb strike sealed City's progress as Swindon's Emirates FA Cup adventure came to an end on what was an incredibly proud night for the Football Club.

Town Head Coach Ben Garner welcomed Dion Conroy back into his Starting XI after the Captain completed a two-game suspension, while Lewis Ward got the start in goal with Jojo Wollacott away at the African Cup of Nations.

There were three changes in total with Ben Gladwin coming into the team with the influential Jack Payne out injured.

New signing Jake O'Brien, who signed on loan from Crystal Palace earlier in the week, was named amongst the nine substitutes for the Reds.

City carved out the first chance of the game as Cole Palmer came forward before cutting in and seeing his shot deflected out for a corner via the head of Dion Conroy, before Bernado Silva could only fire over from a good Joao Cancelo delivery.

Town were equipping themselves incredibly well, though, and they were playing with no fear and were intent on playing their own attractive brand of passing football.

Some determined work resulted in the ball being hooked back out to Ellis Iandolo who fired in a superb cross, but it just evaded a teammate.

Jordan Lyden did well to get his body in the way of a Kevin de Bruyne shot, but it wasn't long before the visitors struck first.

Palmer displayed fantastic trickery out wide and played an inch-perfect ball across goal, which Silva was able to get to and smash home for the opening goal of the game.

Silva was causing all kinds of trouble early on as he went close with another effort which went over, before de Bruyne had a shot from inside the area saved by Lewis Ward who did well to get down low and smother the attempt.

City doubled their lead just shy of the half-hour mark, though, as, after a mix-up at the back by the Reds, de Bruyne was able to pick up the loose ball before slipping in Gabriel Jesus who did the rest by beating Ward from close-range.

Town did have a golden opportunity shortly after as a misplaced pass by Zack Steffen fell at the feet of Harry McKirdy, but his attempted lob was gathered by the City Keeper who recovered well.

The Sky Blues nearly added a third just before the break as a corner was played short to Cancelo, who smashed an effort from long-range inches wide with half the ground thinking it was in. 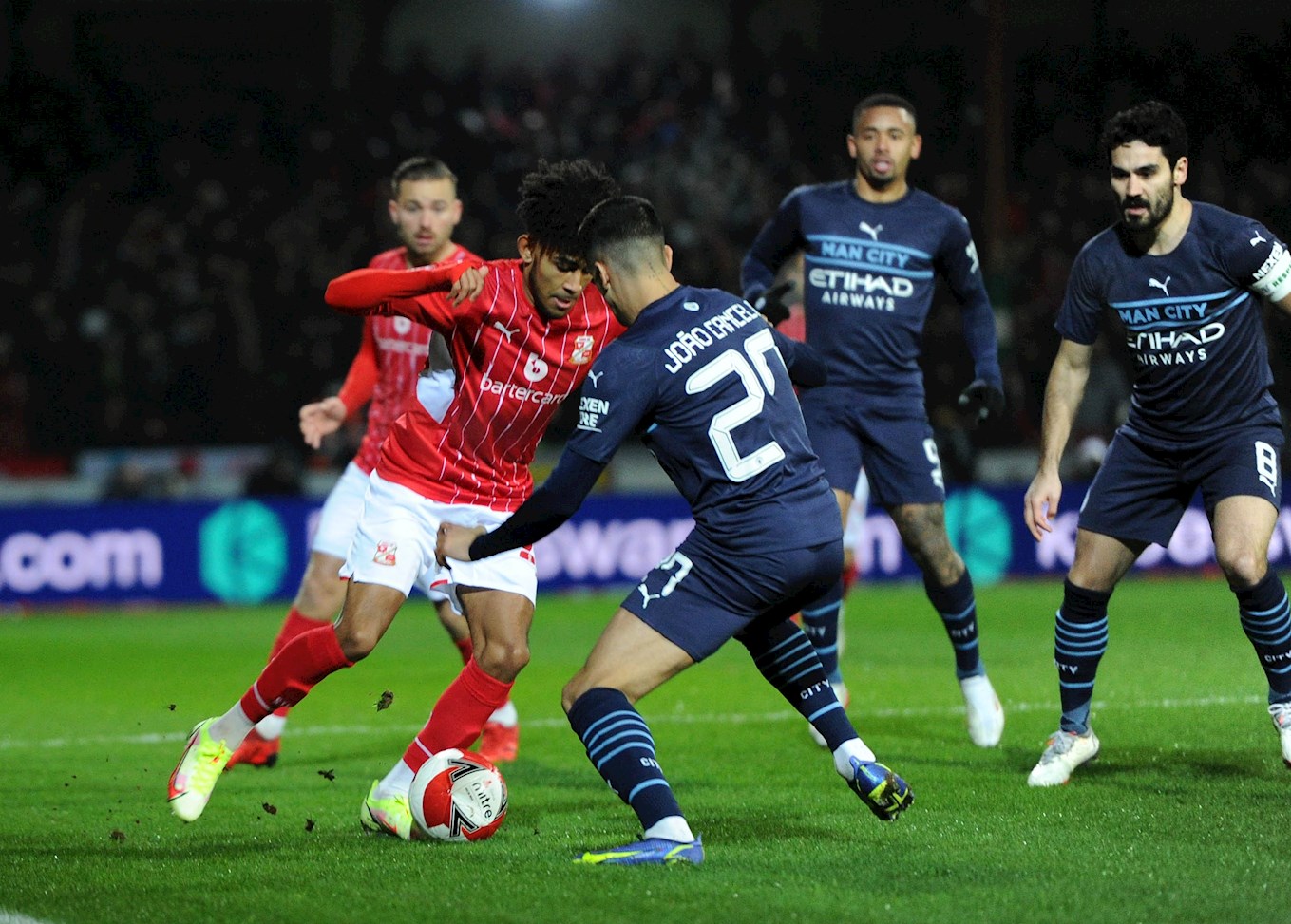 Palmer went close for City from distance, but Town were refusing to give up and they were spraying the ball about nicely and were not giving their Premier League counterparts an easy ride.

But the reigning Premier League Champions did add a third goal just shy of the hour mark thanks to Ilkay Gundogan, who dispatched a sweetly-struck free-kick from outside the area past Ward.

City were then awarded a penalty after Jesus was taken down by Lyden and the striker stepped up to take it himself, but his spot-kick was brilliantly saved by Ward.

Tyreece Simpson beat two City defenders and went down under a challenge inside the box, but nothing was given.

Town then made a double change as Romoney Crichlow and Jonny Williams came on for Akin Odimayo and Ben Gladwin respectively. 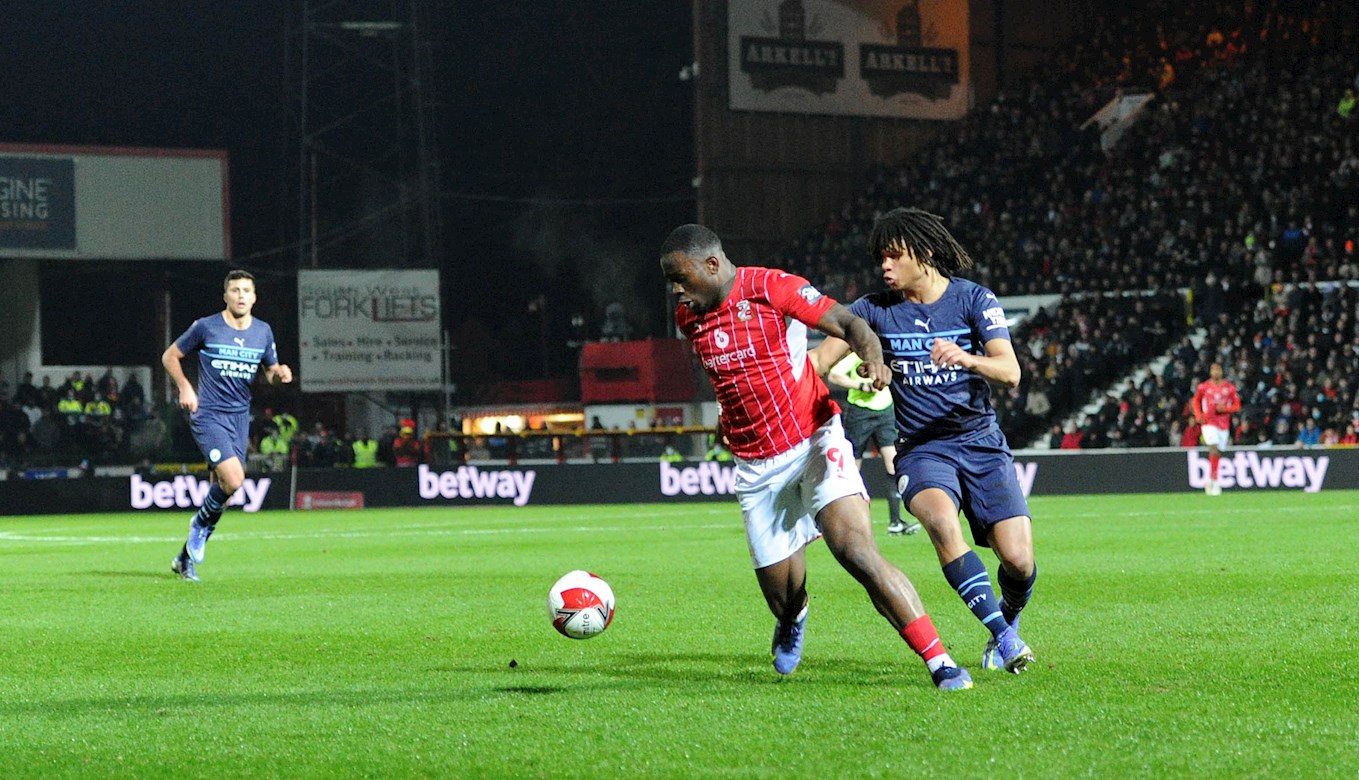 Ward did well to get down low and beat away a tricky Gundogan shot following a spell of possession by the visitors, before James McAtee fired over from the resulting corner.

Palmer, who had been dangerous for City, fired over and that handed Town a lifeline, one they took as McKirdy did what he does best.

Williams, who hadn't been on the pitch for long, displayed his class by threading an inch-perfect ball through to McKirdy to run onto, and the forward did the rest by charging into the box and slotting the ball past Steffen with precision to send The County Ground into raptures.

The momentum seemed to be with Town as Crichlow nodded over from a deep Iandolo cross, but the wind were taken out of their sails after the impressive Palmer fired a superb strike into the top corner to restore City's three-goal lead.

There was then a flurry of subs from both teams as Garner opted to give Mo Dabre, Harry Parsons and Ryan East some well-deserved game time against one of the best teams in the world, with McKirdy, Simpson and Reed coming off.

Ward was called into action late on as he made an absolutely stunning save to tip Rodri's hammer of a shot onto the bar, and that proved to be it with Town doing themselves incredibly proud against one of the most talented teams on the planet.

It was a superb night for everyone at the Football Club, and one we won't soon forget in a hurry.


Swindon Town entertained a star-studded Manchester City team in the Emirates FA Cup Third Round on Friday night, and we have some exclusive behind-the-scenes footage for you to enjoy.


Swindon Town fans can now check out more images from our Emirates FA Cup Third Round clash against Manchester City at The County Ground on Friday!


Swindon Town put up a brave effort in a 4-1 loss to Manchester City in the Third Round of the Emirates FA Cup on Friday.