Swindon Town will be looking to make it three wins on the bounce when they take on Crawley Town on Saturday afternoon.

Town have won two on the bounce, including beating Sutton United 2-1 in midweek, and they will be looking to put more crucial points up on the board with a win on Saturday.

Crawley, meanwhile, are mired in midtable after losing three on the bounce, including a 2-1 loss to Exeter City last time out. 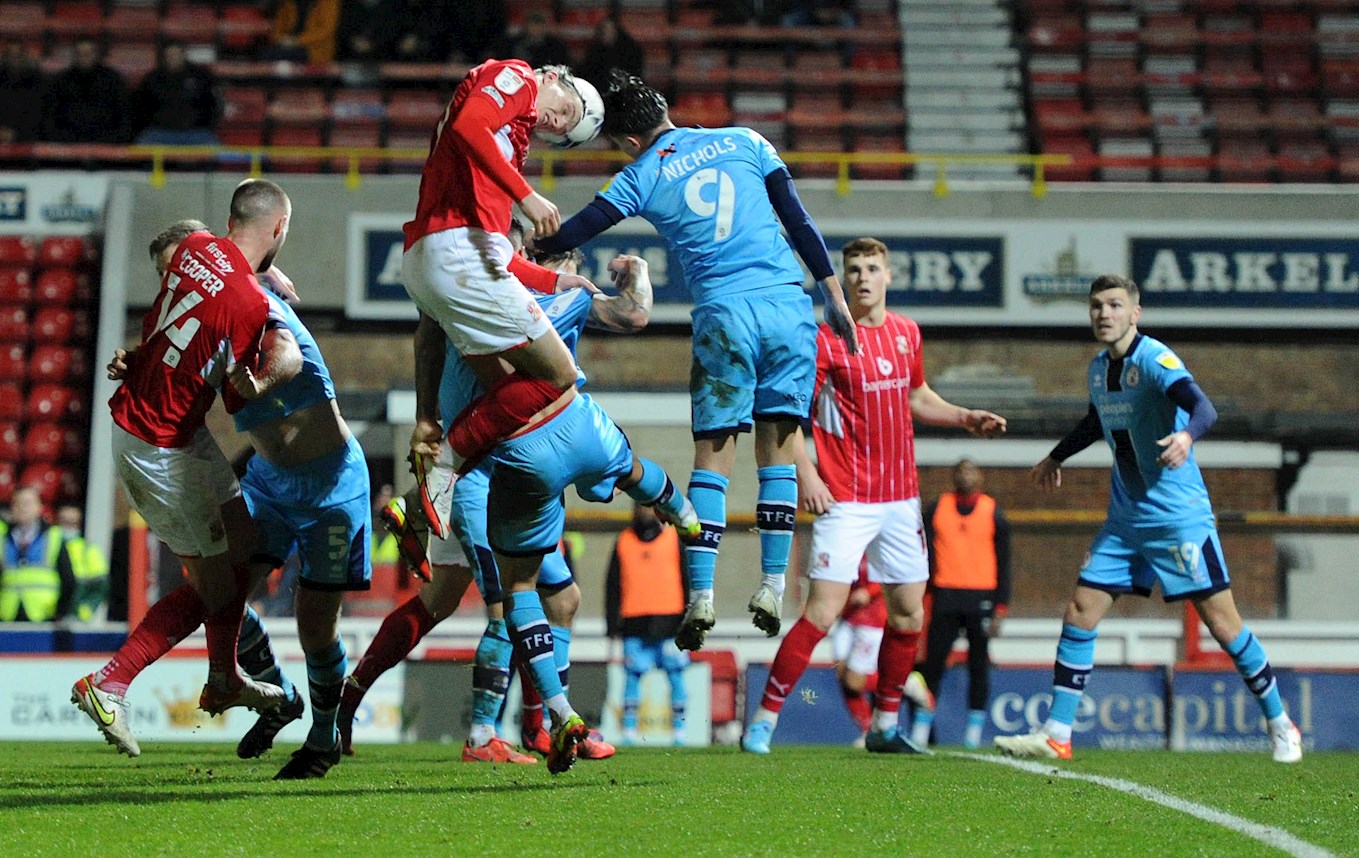 Ben Gladwin's late goal secured a share of the spoils in a 1-1 draw at The County Ground the last time these two sides met on Tuesday 1st February 2022.

Tickets are SOLD OUT for tomorrow's game.

If you need to collect your already paid for tickets, you will be able to do so from Crawley on the day.

Louis Reed will serve the first of a two-game ban, Jake O'Brien is set to return from injury and the game will come too soon for Ben Gladwin, Louie Barry and Joe Tomlinson. 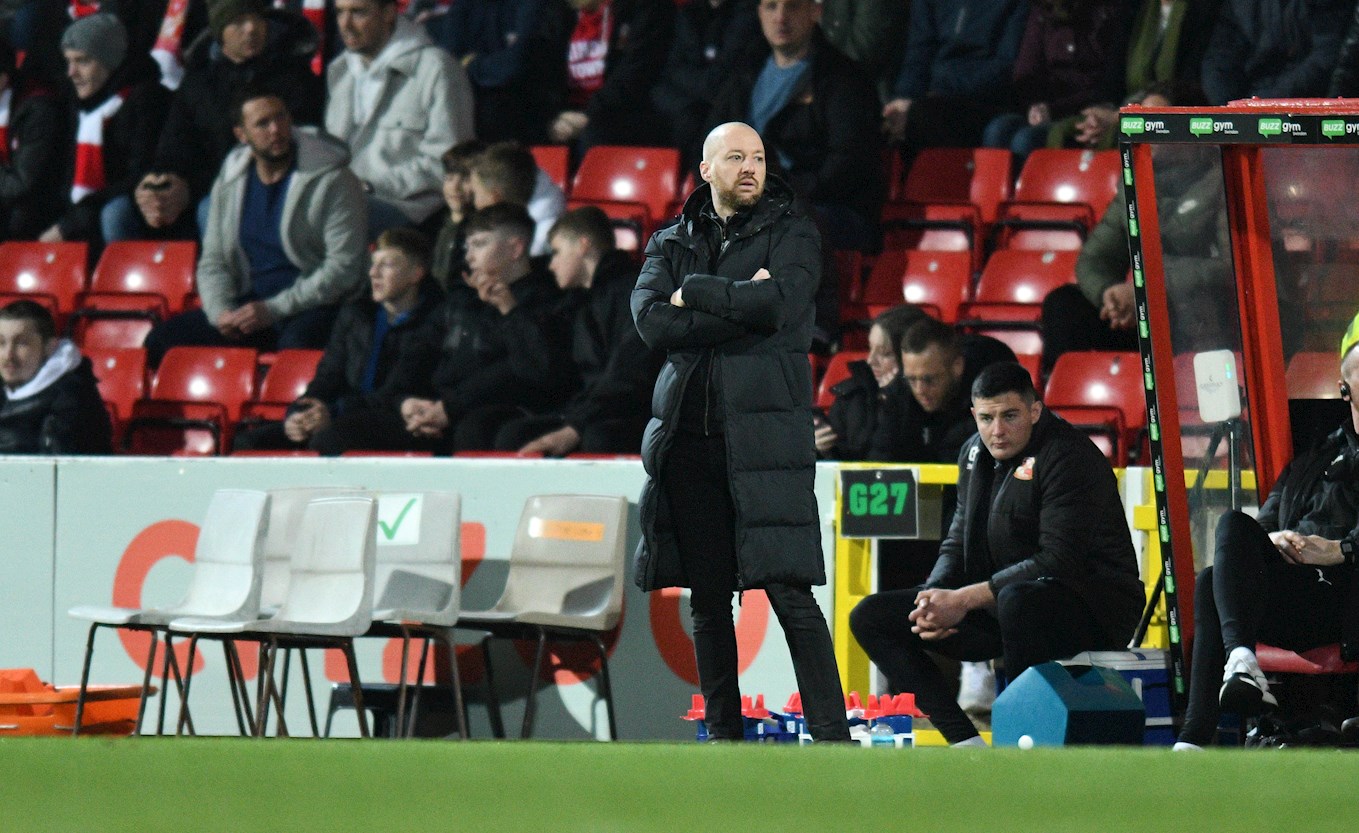 Ben Garner, Swindon Town Head Coach: "We have prepared as best as we can but we need to be flexible tomorrow in terms of what we're facing.

"They are always very committed and they have players in there who are capable of scoring out of nothing, creating something out of nothing, so our defensive concentration tomorrow and organization will need to be very, very good.

"For us, it is about winning the game.

"We need to go there and attack and try and impose ourselves.

"The only thing on our minds is trying to get those three points."

Not at Crawley on Saturday? Don’t panic because there are numerous ways to keep up to date with all the action. 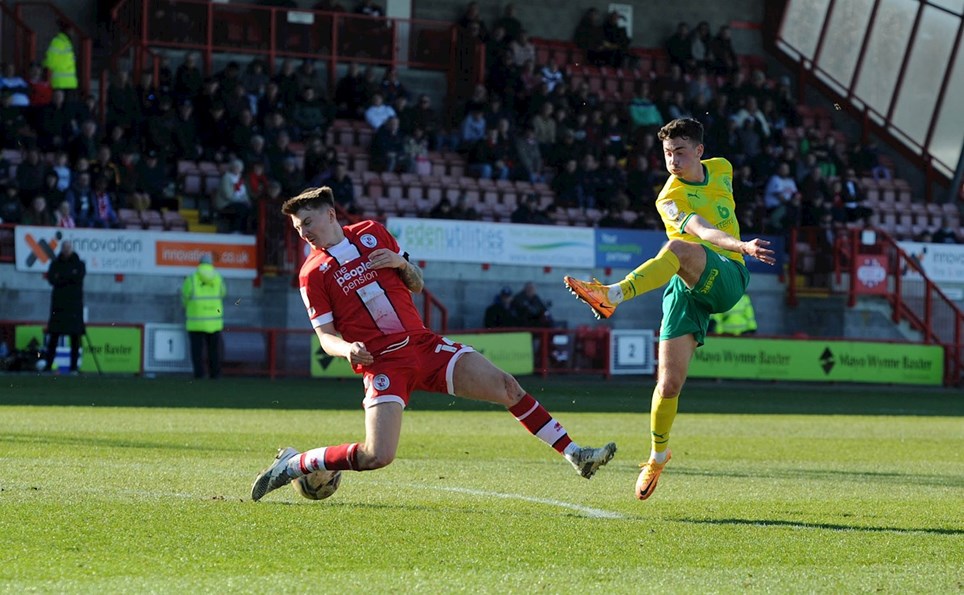 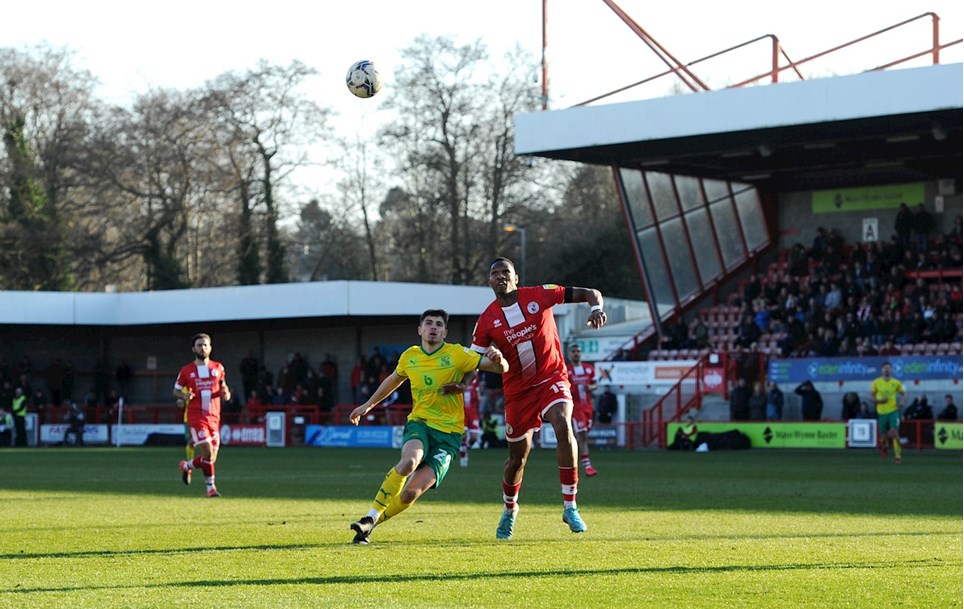 
Swindon Town were unable to maintain their winning ways after losing 3-1 to Crawley Town in the EFL Sky Bet League Two on Saturday.


Swindon Town dropped a tough one in a 3-1 loss to Crawley Town in the EFL Sky Bet League Two at The People's Pension Stadium on Saturday. 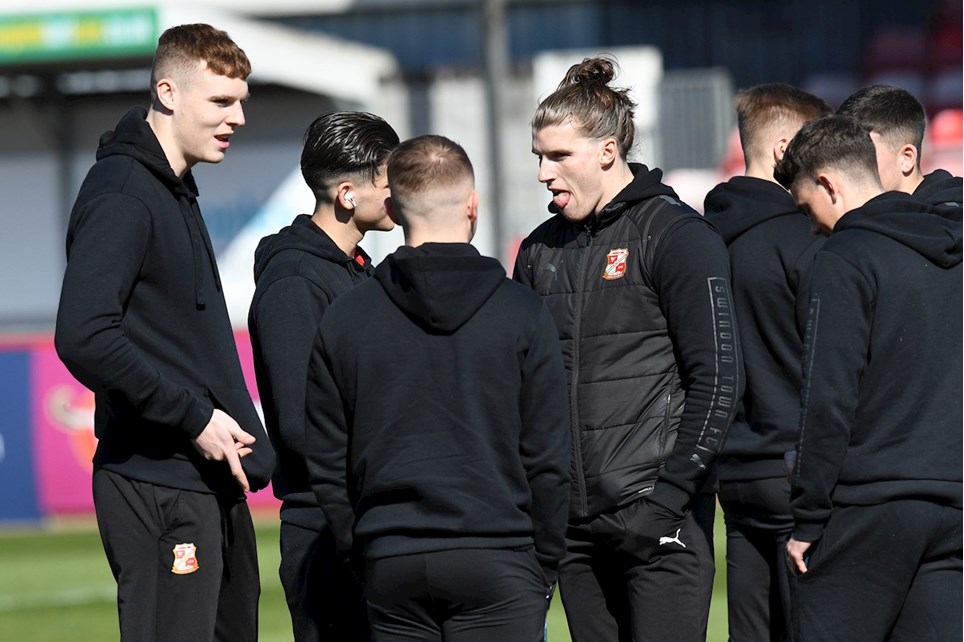 Swindon Town were unable to continue their winning ways after suffering a 3-1 defeat to Crawley Town in the EFL Sky Bet League Two at The People's Pension Stadium this afternoon.

Despite the Reds enjoying a dominant start to proceedings, it was the home team who scored the first goal of the game thanks to Kwesi Appiah's header.

Town Head Coach Ben Garner opted for three changes with Ryan East coming in for the suspended Louis Reed, while Jake O'Brien and Jack Payne also both came into the Starting XI.

Mathieu Baudry and Ricky Aguiar both dropped to the bench for the Reds, who were going in search of their third straight win.

It proved to be a good start for Town who were passing the ball about nicely, and they were able to carve out a couple of early chances.

Harry McKirdy fired a shot from distance way off-target before he picked out Jack Payne inside the box moments later with a cross, with the latter chesting the ball down in the path of Jonny Williams who thudded an effort wide of the post.

McKirdy did well to come across and beat his man before getting a shot away, which was easily dealt with by Crawley Goalkeeper, Glenn Morris. 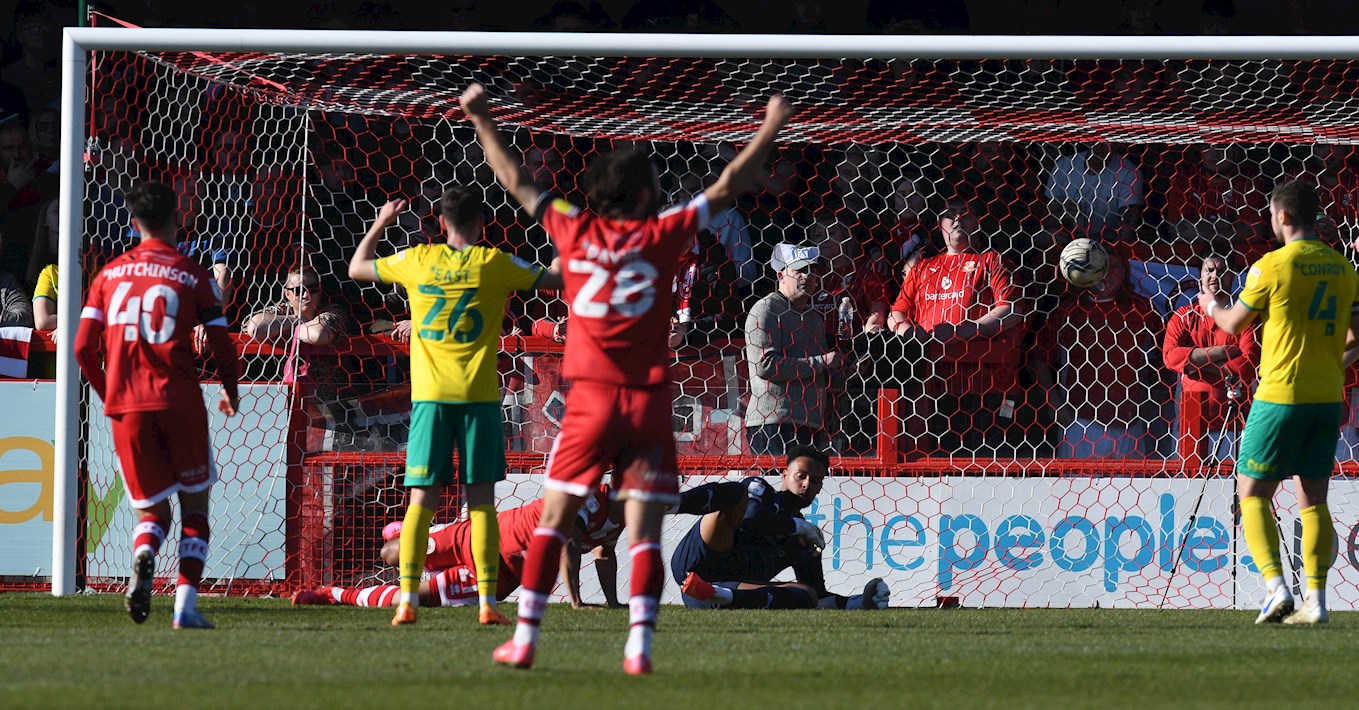 While they were having to be patient, it was all one-way traffic as Town continued to try and score the opening goal of the game.

Williams' attempted back-heel was cleared only as far as Ryan East who dug the ball out from under his feet before taking aim, with his shot being beaten away by Morris.

Ellis Iandolo nodded over from a corner after McKirdy's shot was blocked, before Jojo Wollacott had to be spring into action in order to deny Ashley Nadesan who was played through on goal by Jack Payne.

However, the hosts would succeed in taking the lead moments later thanks to Kwesi Appiah, who was in acres of space to nod home from James Tilley's cross into the box.

Wollacott then produced a fine save to tip Will Ferry's decent effort around the post and, while Town attempted to break from the resulting corner, McKirdy's tame effort was no trouble for Morris with the hosts taking a slender lead in at the break. 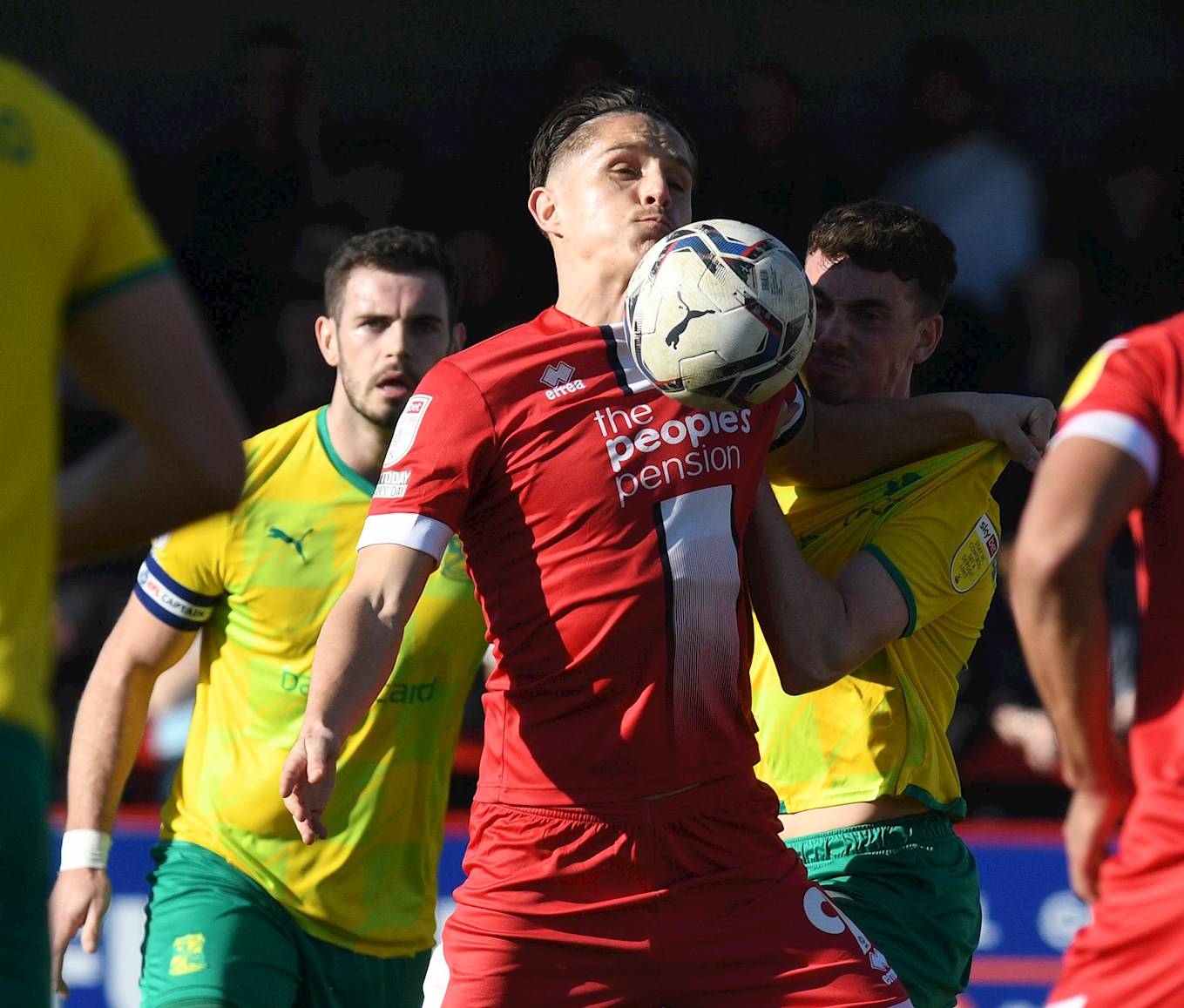 Town came out with real purpose to start the second-half as McKirdy forced Morris into a good save, with Payne putting the rebound into the side netting.

The equalising goal did arrive moments later, though, as Williams slipped through Josh Davison and the No. 9 did the rest by slotting home a cool finish past Morris.

George Francomb nodded inches wide from a Tilley free-kick as the hosts looked to quickly reclaim the lead, before Town began to threaten again.

McKirdy led a rapid break forward, fed the ball to Iandolo who pumped a superb ball in and McKirdy looked to shoot on the turn, but his effort was blocked.

Jake O'Brien then sent a snapshot inches over from a corner, before Williams and Davison combined but Francillette was able to get back and clear the former's attempted chip off the line.

McKirdy dragged a shot wide and the inability to finish chances when on top came back to hurt Town, with Tom Nichols bundling home from close-range for Crawley after Isaac Hutchinson's shot was deflected on to the post.

Town then made a pair of subs as Jayden Mitchell-Lawson and Harry Parsons came on for Ryan East and Jonny Williams respectively, with Mitchell-Lawson having a golden opportunity to score the equaliser within seconds of coming in, but his shot was blocked on the line by Archie Davies.

Jake Hessenthaler sent a shot just wide for the hosts and Hutchinson dragged another effort past the post minutes later with the hosts trying to put the win away, a mission they completed when Hutchinson found the back of the net in stoppage time.


Swindon Town were unable to maintain their winning ways after losing 3-1 to Crawley Town in the EFL Sky Bet League Two on Saturday.


Swindon Town dropped a tough one in a 3-1 loss to Crawley Town in the EFL Sky Bet League Two at The People's Pension Stadium on Saturday. 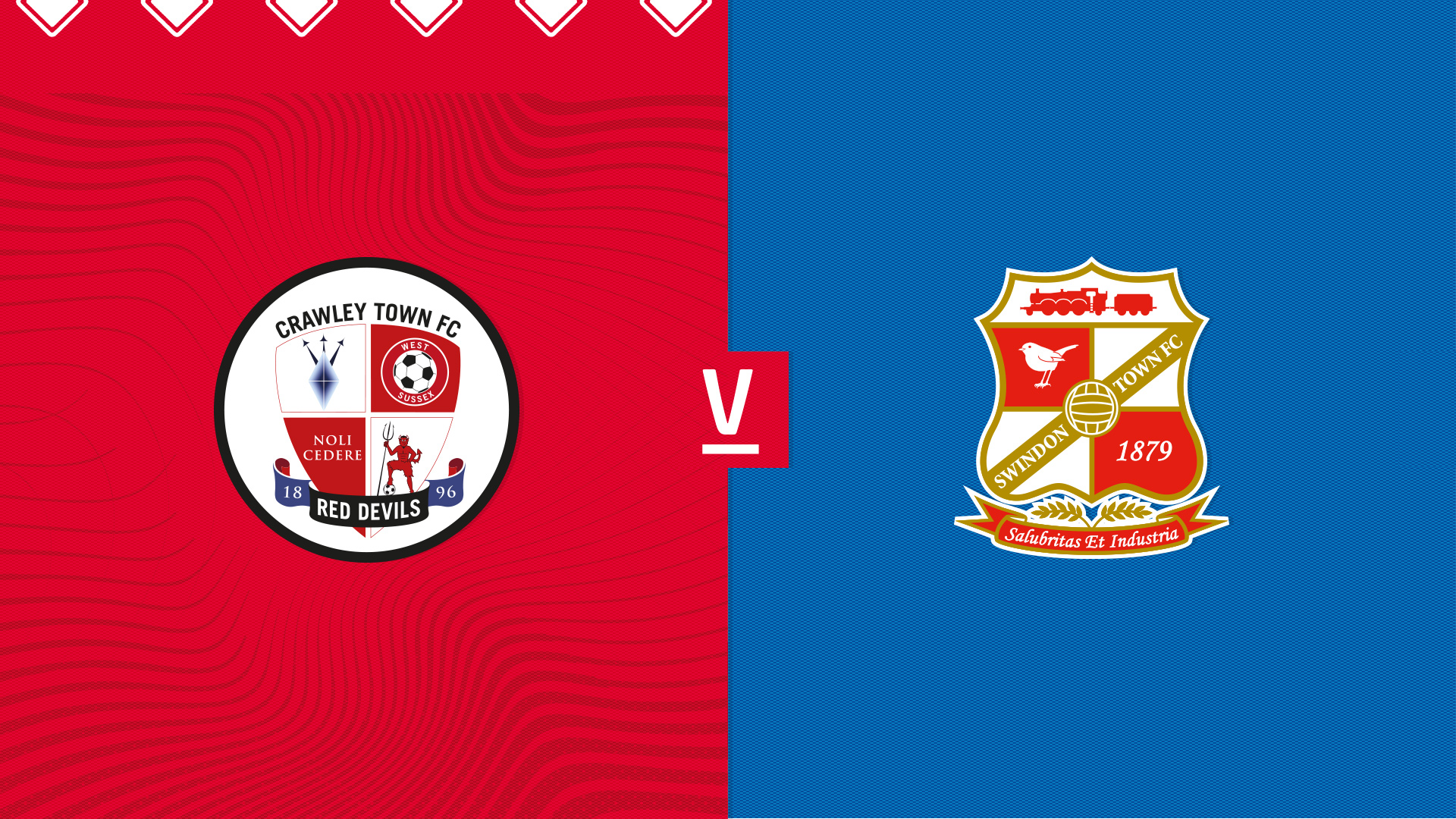 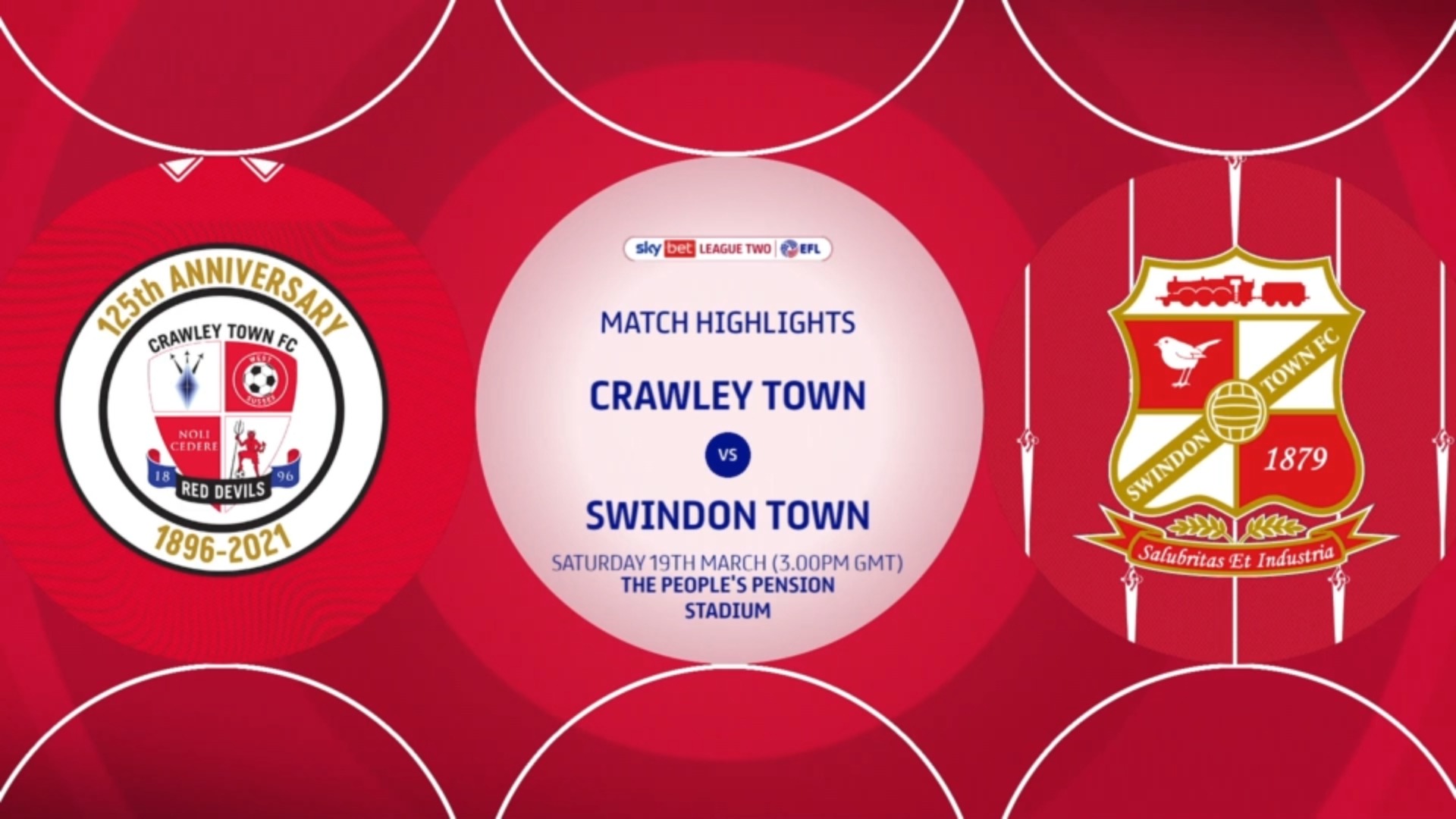 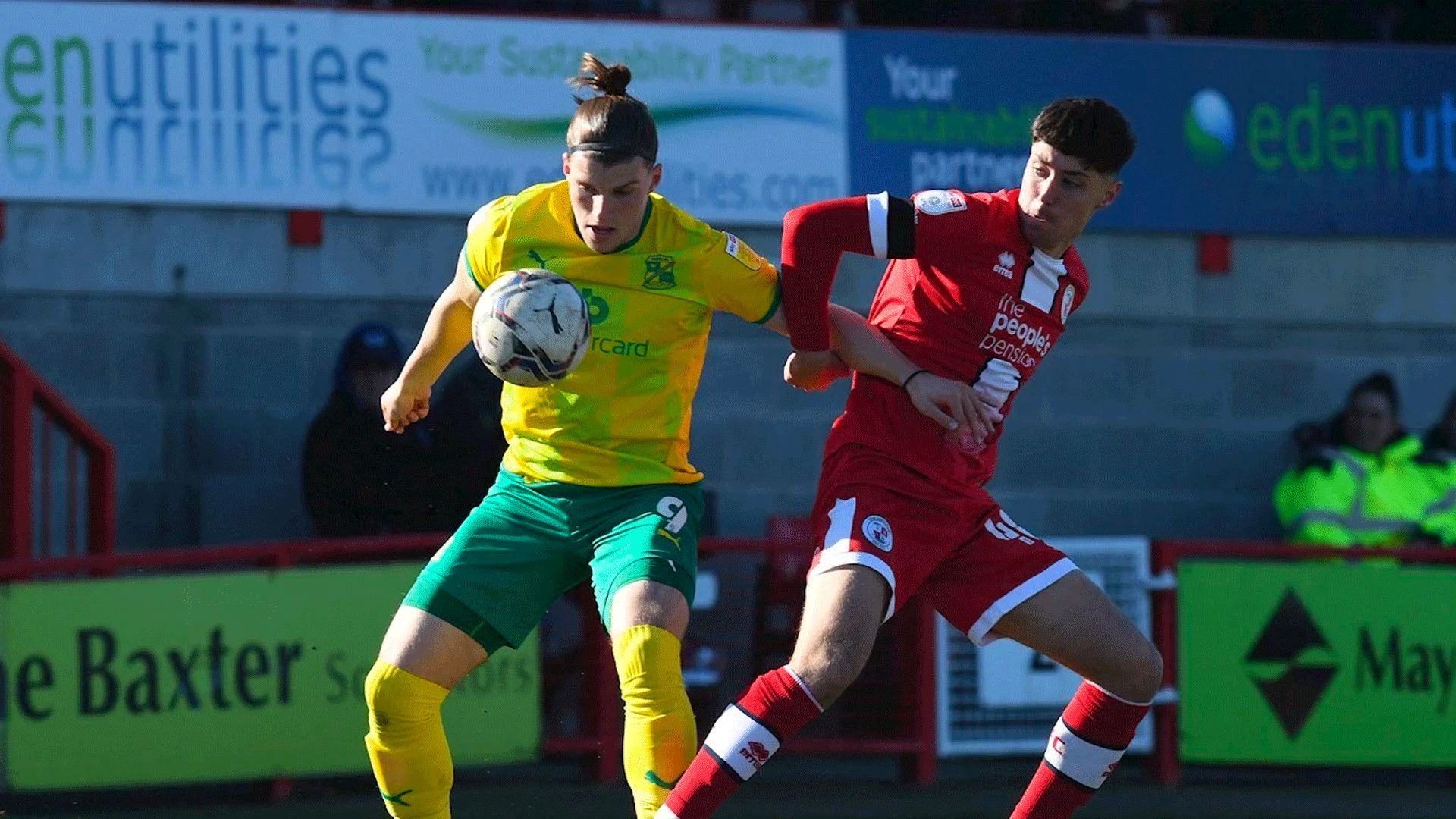