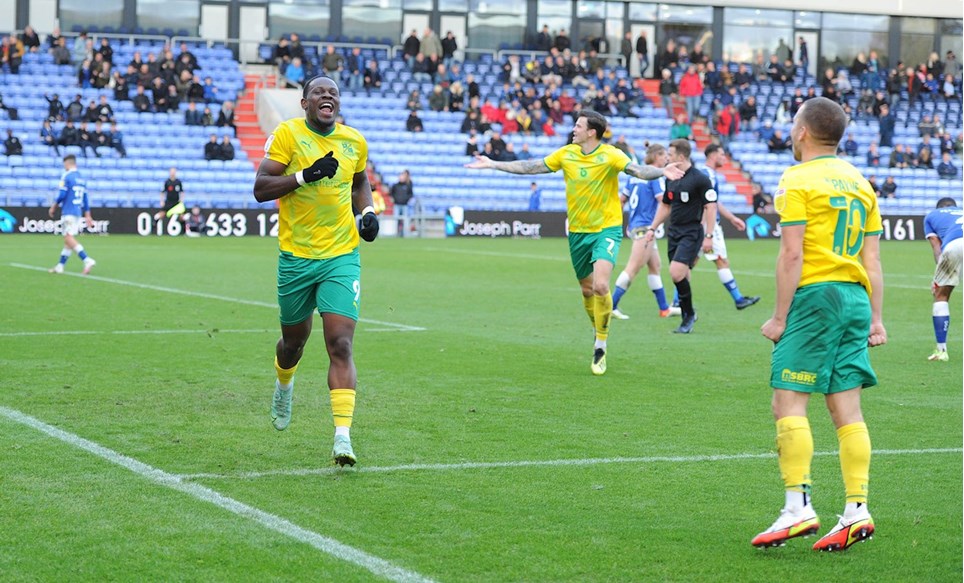 
Swindon Town won on the road yet again on Saturday after defeating Oldham Athletic 3-1 at Boundary Park.


Swindon Town maintained their stellar record away from home with a 3-1 win over Oldham Athletic at Boundary Park on Saturday. 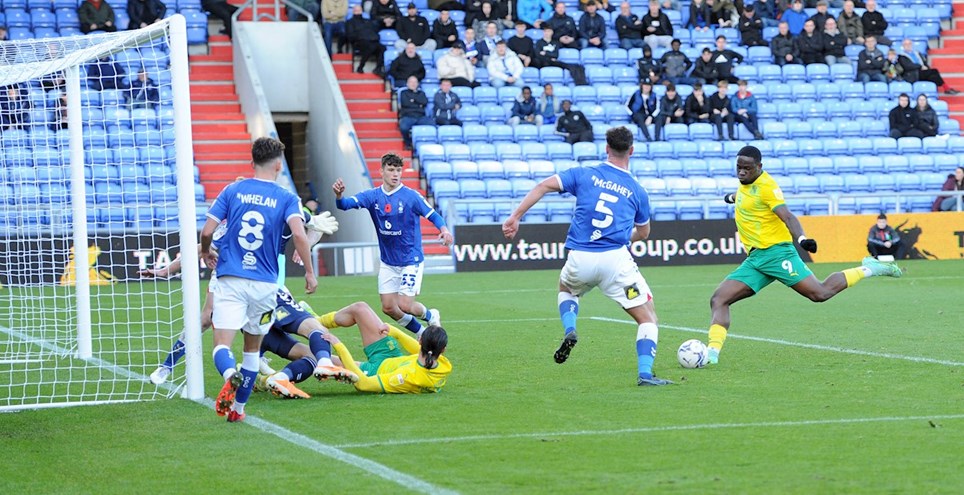 
Swindon Town won on the road yet again on Saturday thanks to a superb 3-1 win over Oldham Athletic at Boundary Park. 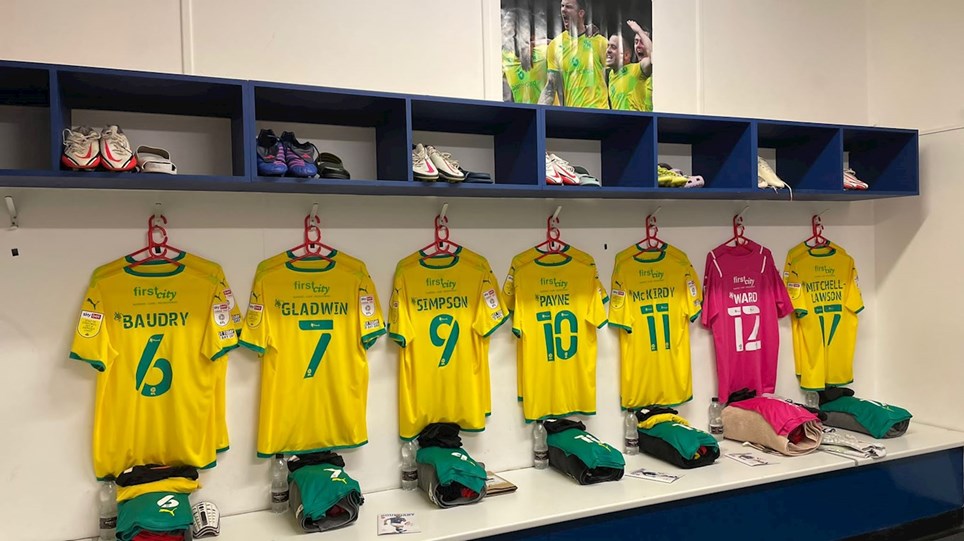 Harry McKirdy's neat finish gave the Reds a well-deserved lead in the first-half, and two goals from Tyreece Simpson after the break ensured that Carl Piergianni's header was nothing more than a consolation prize for the Latics.

Town Head Coach Ben Garner made three changes from the team that lost to Bradford City last time out with Captain Dion Conroy returning from injury to take his place at the heart of the defence, while Ellis Iandolo and Kaine Kesler-Hayden were also both welcomed back into the fold.

Jack Payne dropped to the bench for the Reds, as did defenders Akin Odimayo and Rob Hunt with Swindon looking to bounce back and return to winning ways.

It was a quiet start to proceedings although Town carved out the first chance of the game with Louis Reed trying his luck with a free-kick 25-yards out, but Oldham Goalkeeper Jayson Leutwiler was able to get across to palm away the effort. 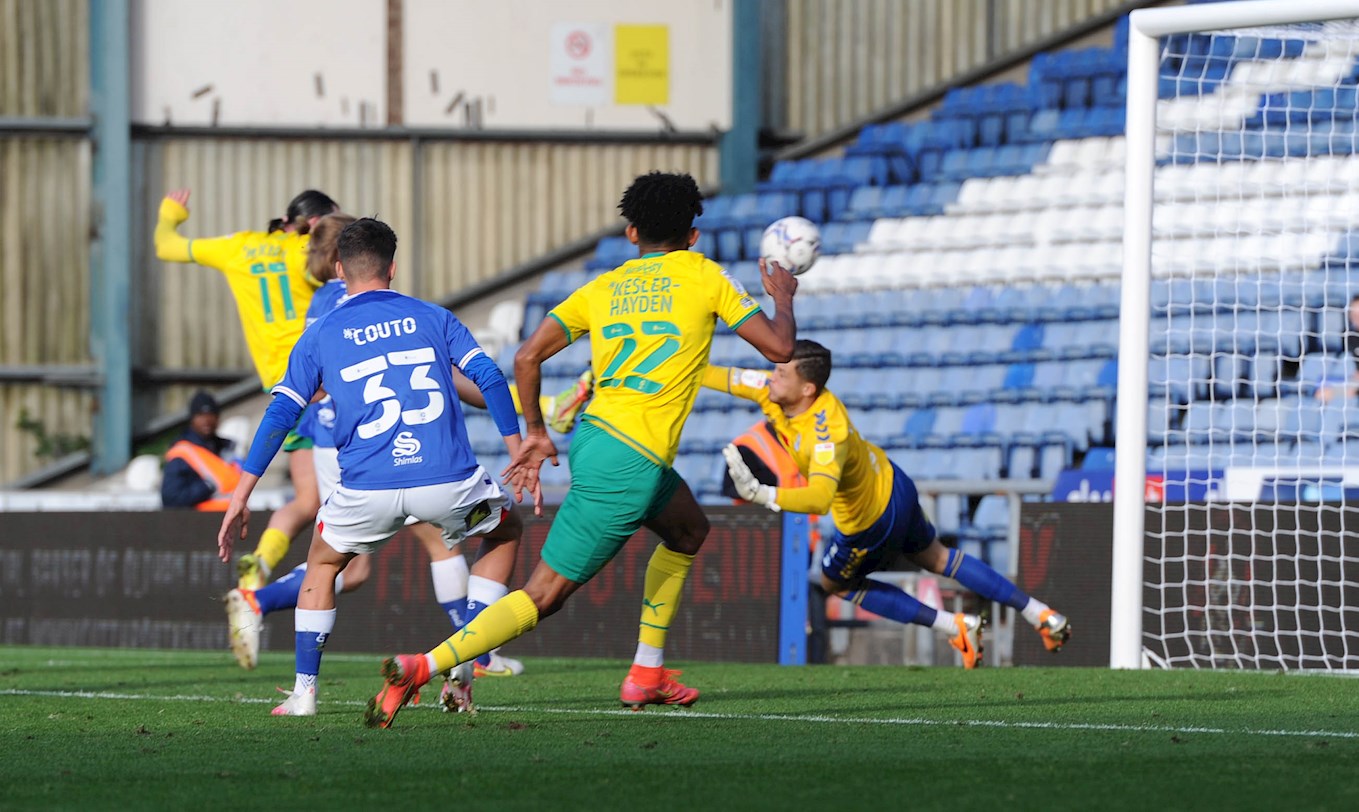 Kaine Kesler-Hayden then whipped in a superb ball which Harry McKirdy was able to reach, but his shot went wide with Town pressing and applying the pressure.

Town should have gone ahead just past the 20-minute mark when Tyreece Simpson turned his man before getting a shot away, but his strike was superbly blocked by Jordan Clarke who saved a certain goal.

Oldham had a golden opportunity as Harrison McGahey got on the end of a Jamie Bowden free-kick, but the defender could only prod wide.

It would be Town who landed the first blow of the afternoon, though, as their dominance finally paid off thanks to McKirdy, who steered a low cross from Ellis Iandolo into the roof of the net.

Jojo Wollacott then had to be alert to produce a superb stop to claw away a header from Hallam Hope, before McKirdy tested Leutwiler with a shot on the turn as an eventful first-half came to a close. 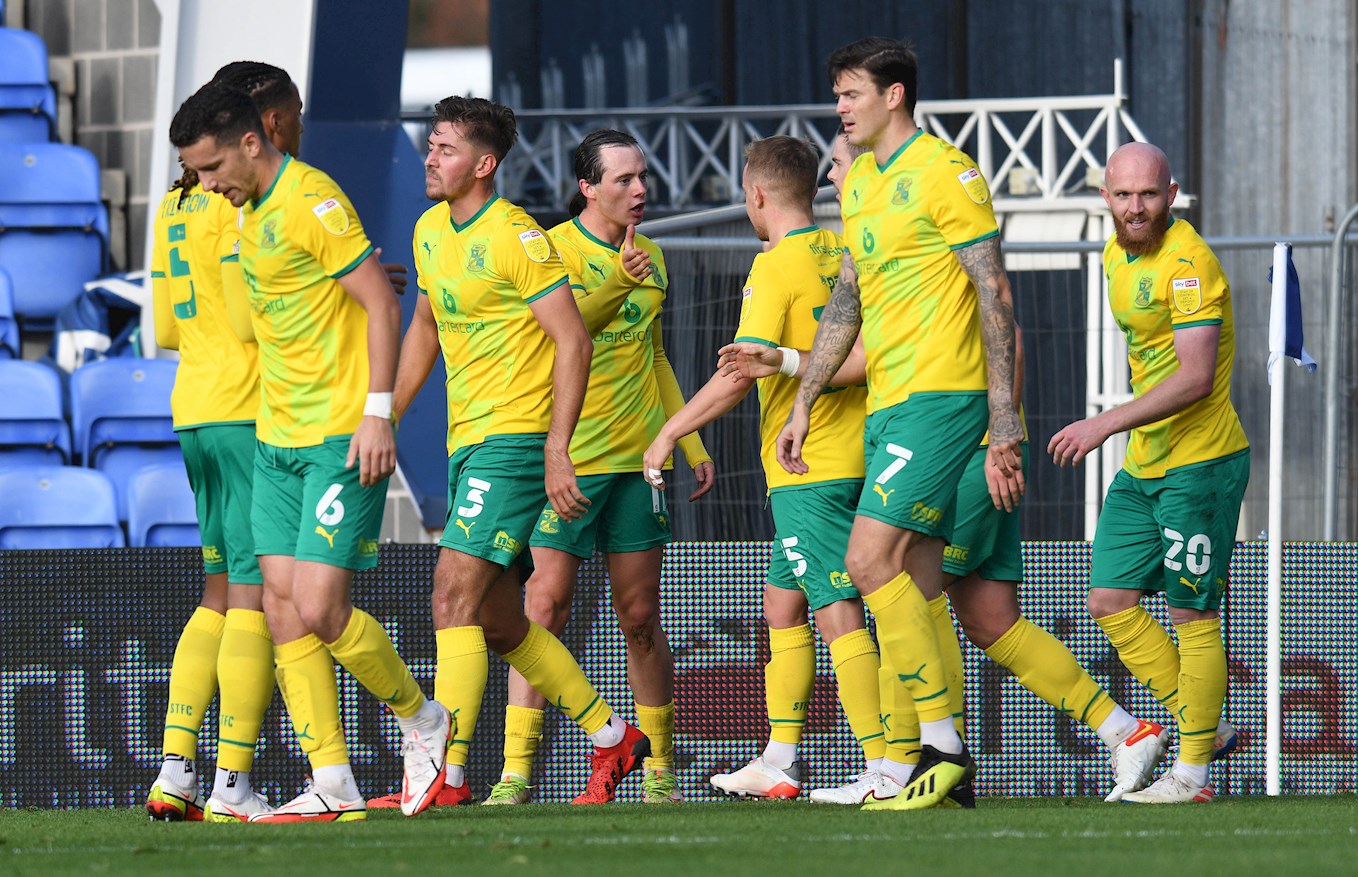 Town made a change at the break as Akin Odimayo replaced the injured Romoney Crichlow, who went down a couple of times in the first-half.

Kaine Kesler-Hayden went close to extending the team's lead as he met McKirdy's ball at the far post before drawing a smart stop from Leutwiler, while McKirdy sent a tame effort straight at the Keeper from the resulting corner.

Oldham wanted a penalty after Hope went down inside the area but nothing was given, while Town went close at the other end as Simpson saw his effort saved by the feet of Leutwiler.

Swindon were coming under a spell of pressure and, with 65 minutes gone, they made a change as Jack Payne replaced Jonny Williams.

Davis Keillor-Dunn then put a header over the bar for the hosts, before Town's celebrations were cut short after the offside flag went up moments before they put the ball in the back of the net. 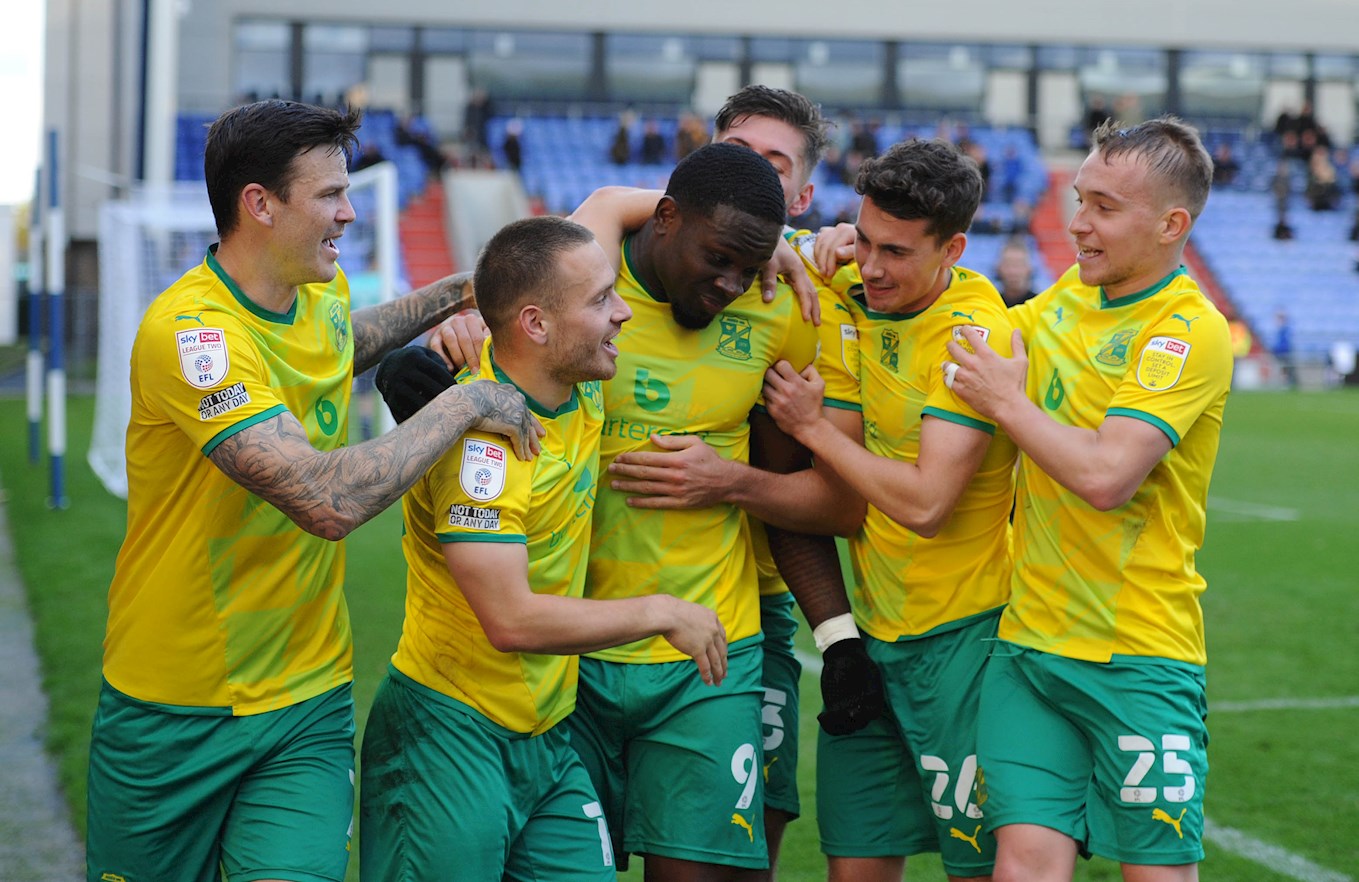 However, Town did add to their lead with just over 10 minutes left to play thanks to Simpson, who produced a sublime touch to bring down a superb pass from Reed before finishing low past Leutwiler.

Ryan East replaced Harry McKirdy as Town looked to see out the win, although they were given a scare when Carl Piergianni powered home a header to give the hosts a glimmer of hope.

It was nothing more than a slice of hope, though, as Swindon applied the killer touch deep in stoppage time with Payne slipping in Simpson down the left side, and the powerful striker did the rest by charging towards goal and smashing home his second goal of the afternoon to give the Reds yet another richly deserved win on the road.


Swindon Town won on the road yet again on Saturday after defeating Oldham Athletic 3-1 at Boundary Park.


Swindon Town maintained their stellar record away from home with a 3-1 win over Oldham Athletic at Boundary Park on Saturday.


Swindon Town won on the road yet again on Saturday thanks to a superb 3-1 win over Oldham Athletic at Boundary Park.

Swindon Town can now confirm ticket prices and details for our upcoming trip to Oldham Athletic in the EFL Sky Bet League Two.

The Reds head to Boundary Park on Saturday 30th October - 3pm kick-off - and tickets will go on sale to Season Ticket Holders on Tuesday 19th October at 10am.

Swindon have been allocated the Chadderton Road Stand (reserved seating).

Supporters have until 12pm on Friday 29th October to purchase tickets for this fixture.

All tickets not collected from STFC will be taken up to Oldham by our official coach travel for supporters to collect on match day. 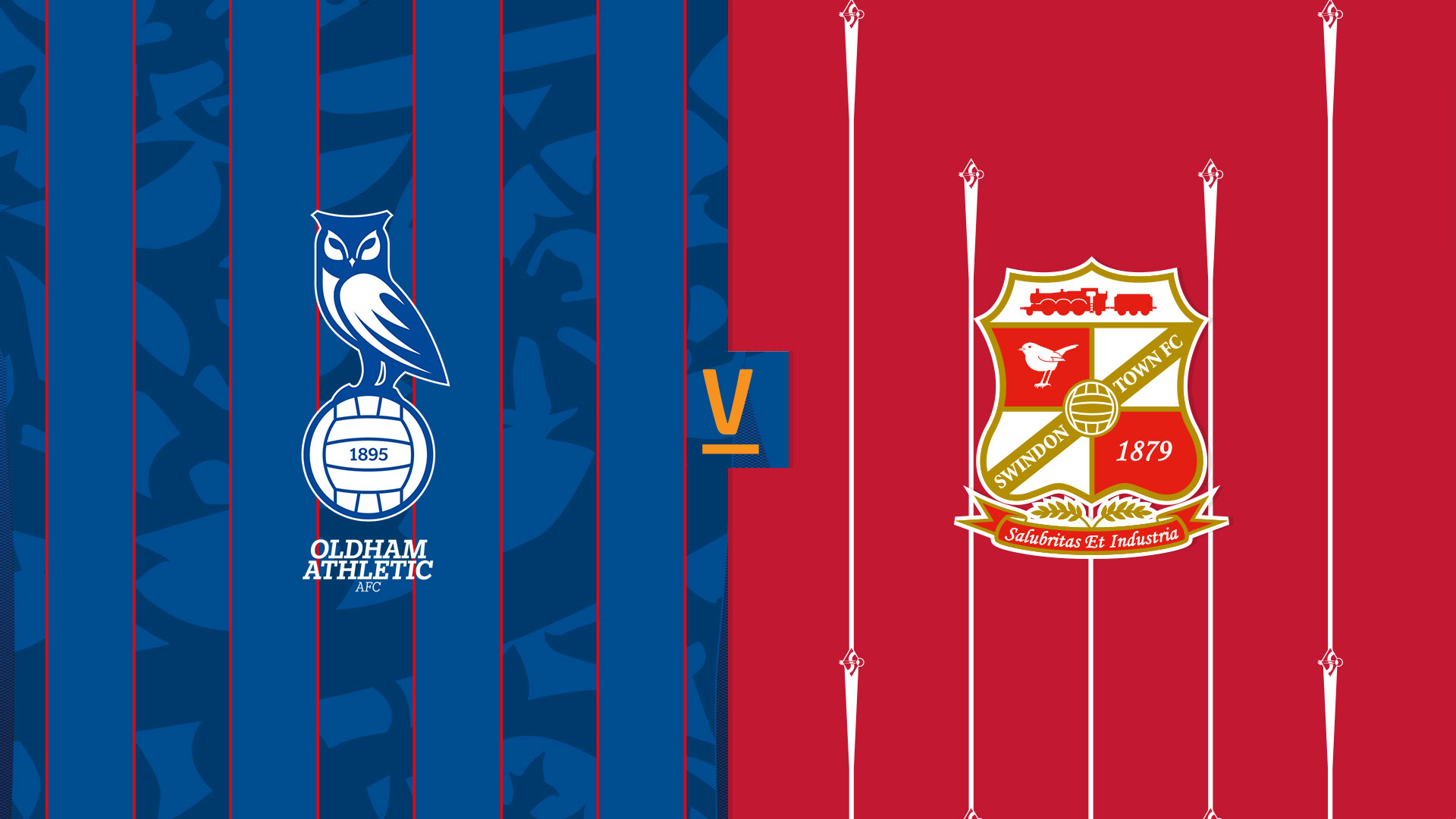 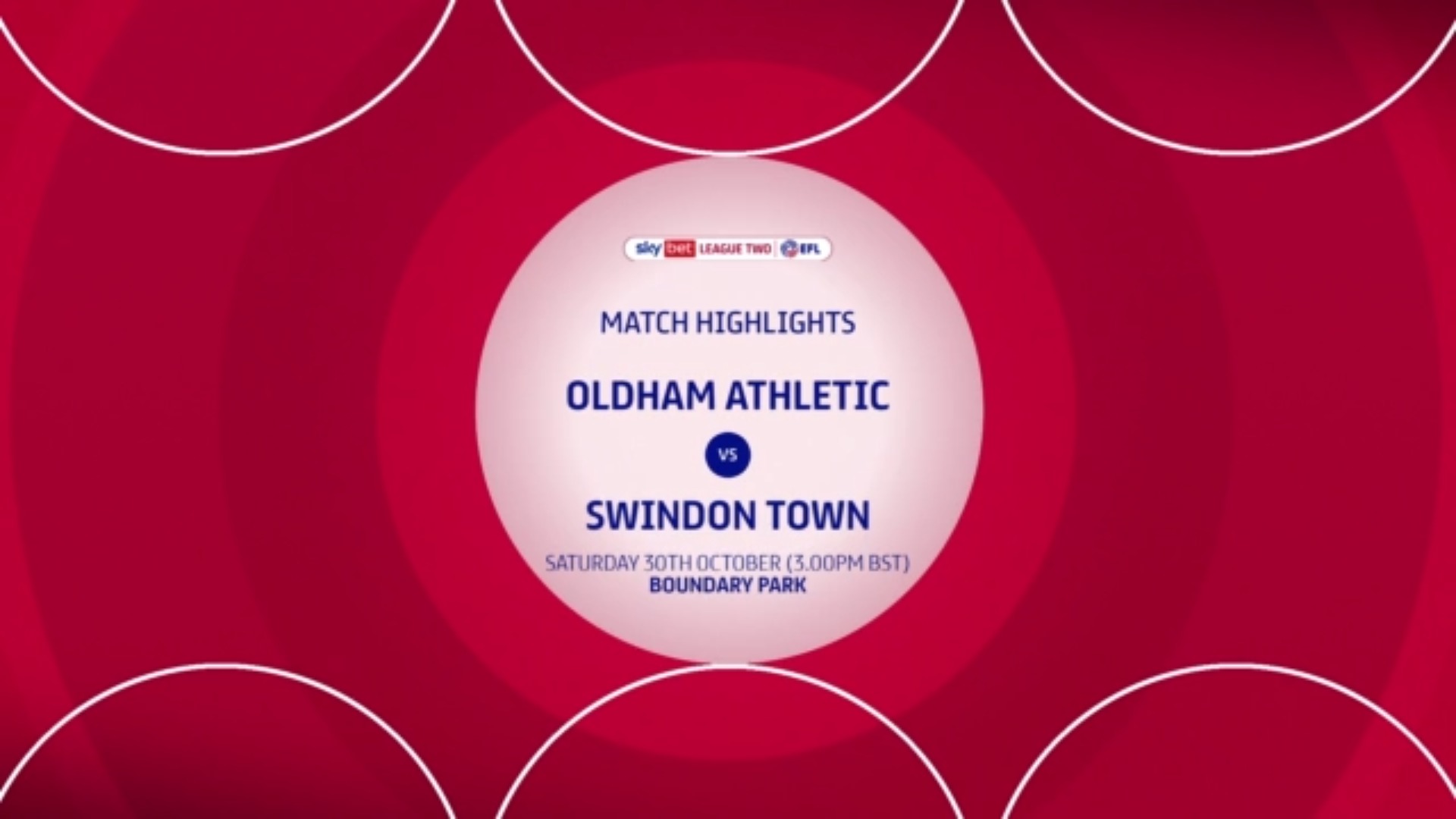 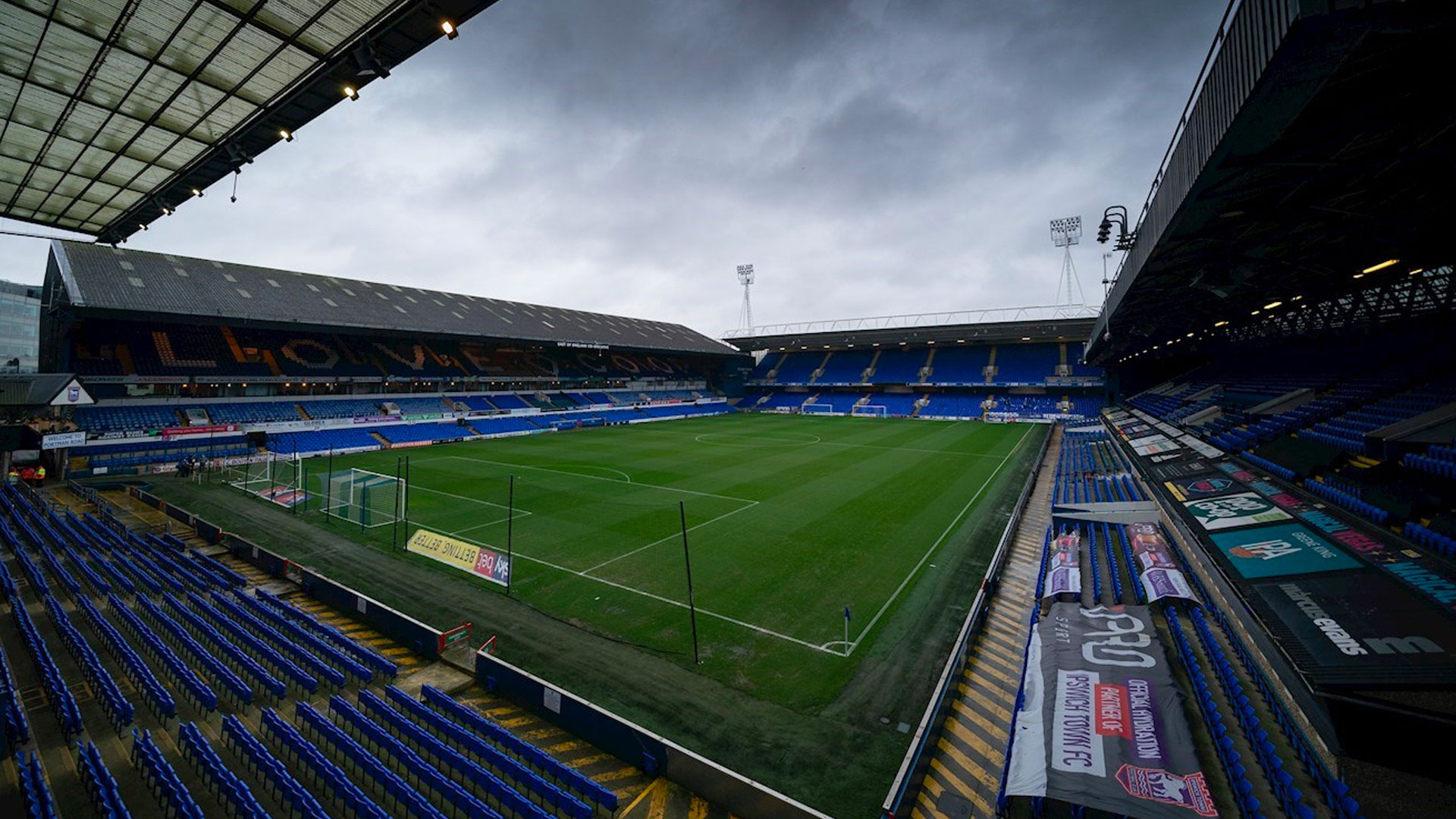