Swindon Town will be looking to return to winning ways when they take on Northampton Town in the EFL Sky Bet League Two later today.

The Reds are in action at Sixfields this afternoon - 2pm Kick-Off - and the main mission will be to bounce back after losing to Port Vale at The County Ground last Saturday.

It has still been a very encouraging start to the 2021-22 season for Ben Garner's team, though, and they are unbeaten away from home in the league so far.

They will look to maintain that excellent away form today, although Northampton will pose a tough test given that they have kept five clean sheets in seven league games. 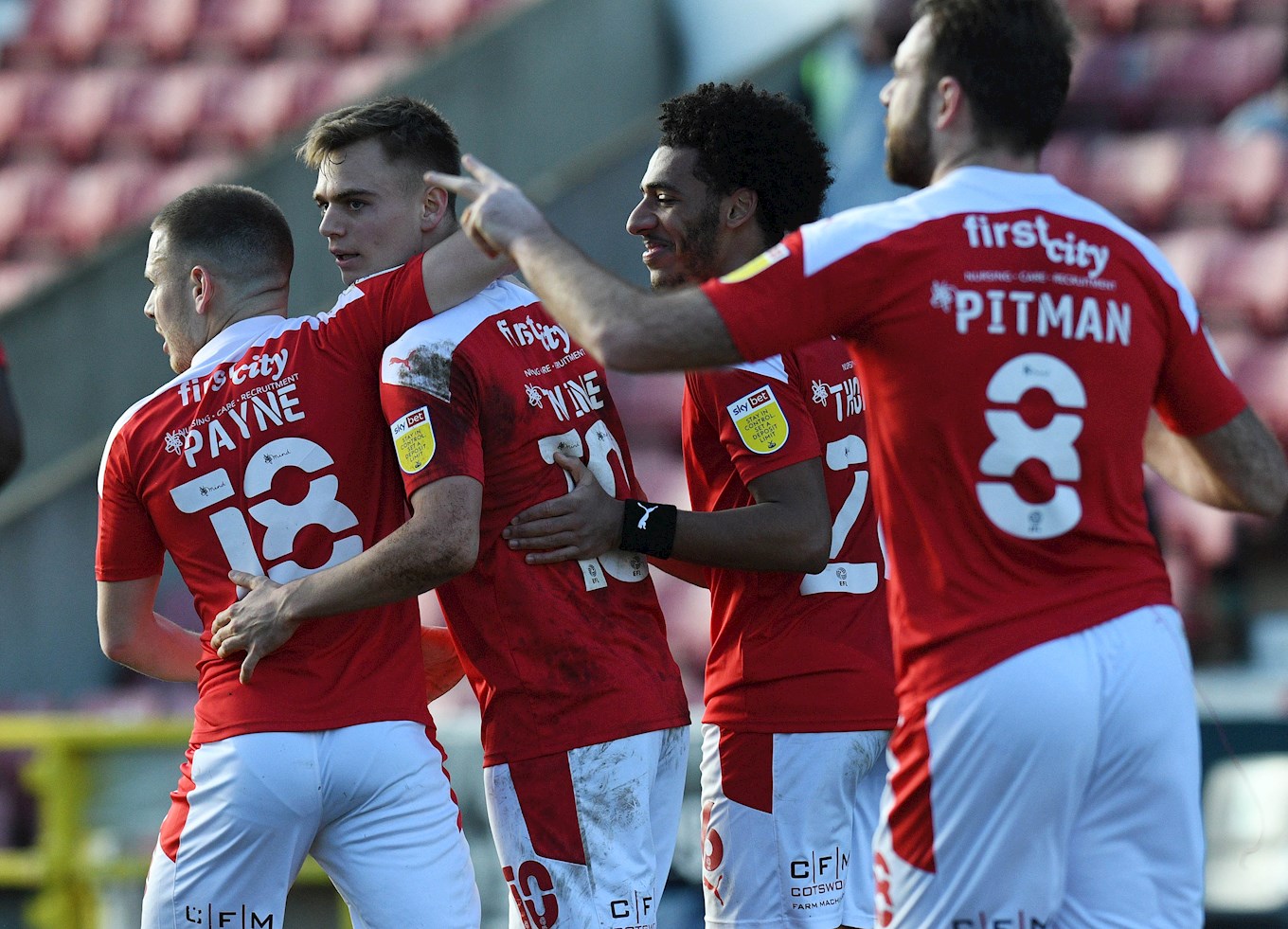 A Scott Twine special and a late goal from Brett Pitman were enough to gift Town a hard-fought 2-1 victory over the Cobblers when these two teams last met on 27th February 2021.

Please remember that kick-off for today's game is at the earlier time of 2pm, so please keep this in mind when planning your journey.

We also want to stress to fans that, if you do not have a ticket for today's game, then please DO NOT travel to Northampton as there will be NO available tickets on the day.

Tickets for this fixture are SOLD OUT for away fans.

Finally, those fans who have a ticket for the game but didn't collect it from Swindon before 3:30pm on Friday, will be able to pick theirs up from Northampton on the day on Saturday with SAS Travel taking up any tickets that haven't been collected.

We wish you a safe journey today and here's to three points!

Town will be without Anthony Grant for today's game as the midfielder continue to isolate following his return from international duty, although Ricky Aguiar (ankle) is fit and raring to go.

Jordan Lyden and Mathieu Baudry both trained this week and are closing in on returns, while Harry McKirdy (quad) will continue to be assessed ahead of kick-off today.

For Northampton, they will be without Joseph Mills and former Town loanee Sid Nelson, with the latter having suffered an ACL Tear and a Meniscus Tear.

Jon Brady, Northampton Town Manager: “Swindon are very fluid in what they do, they move the ball well and they have a few offensive dangers we need to nullify.

“Ben Garner has done a brilliant job to get them to where they are so quickly, I think they were still putting a team together two or three weeks before the season and whatever he has done, it’s certainly working.

"We know they will be a threat, they have been very strong away from home but we will go into the game looking to build on our own excellent start." 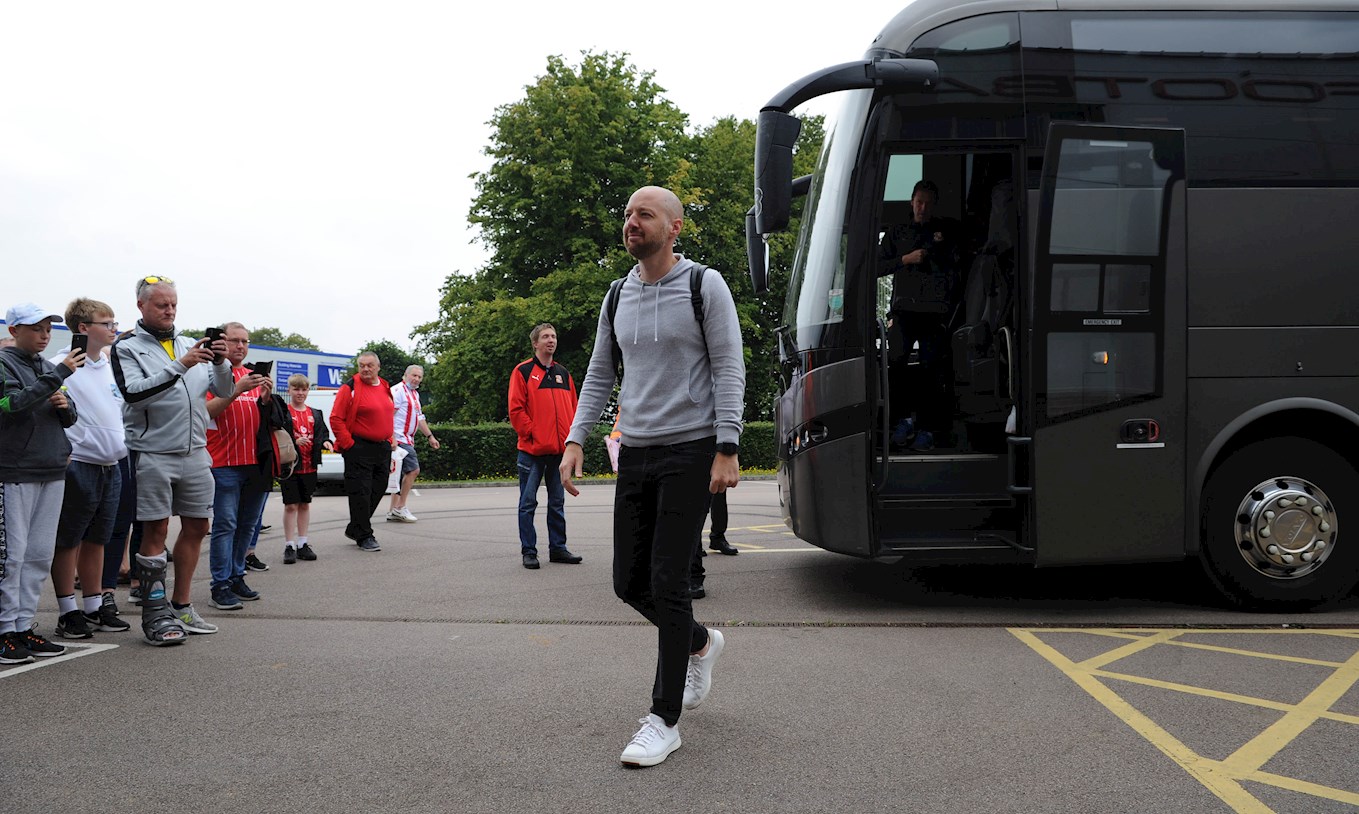 "I watched their game on Tuesday night at Newport and they are very resilient, very structured and they posed a threat constantly throughout the game.

"They are very, very good off set-pieces, they have been very effective from set-pieces this season and from long throws, so we know it is going to be a really tough game.

"However, we're unbeaten away from home in all competitions and we want to keep that record as long as we can.

"We will certainly be going there to win the game.

"We're focussing on ourselves and we need to be better in what we do in terms of reducing the effects of what the other team does, and that's been our big focus this week and that will be our focus moving forward as we head into future games.

"We're looking forward to the game and I'm fully expecting a much stronger performance this week than against Port Vale last week."

Can’t make it to Northampton today? Don’t panic because there are numerous ways to keep up to date with all the action. 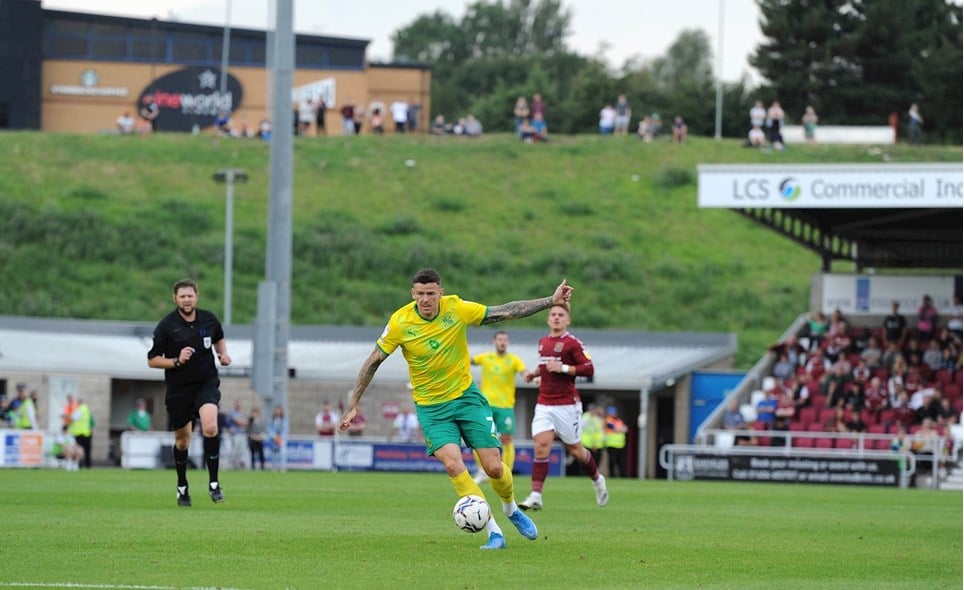 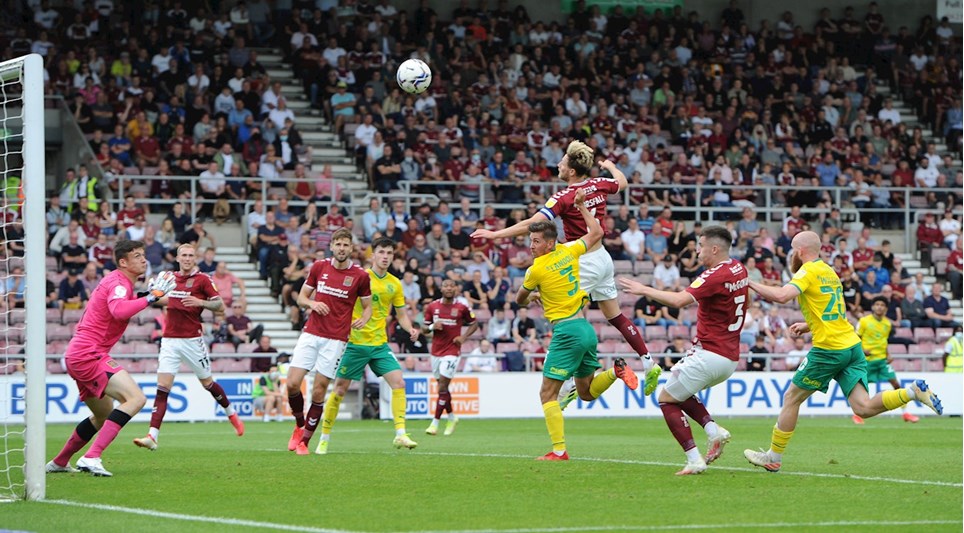 
Swindon Town had to settle for a share of the spoils in an entertaining 1-1 draw away at Northampton Town on Saturday afternoon. 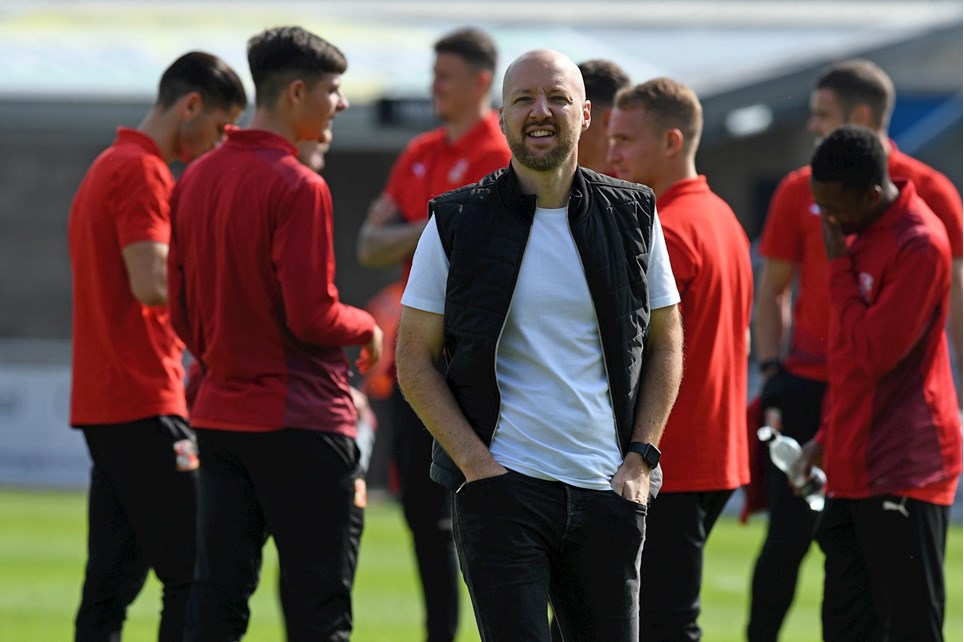 Swindon Town were forced to settle for a point following an entertaining 1-1 draw with Northampton Town at Sixfields this afternoon.

It was an end-to-end affair and both teams had chances to win the game but, in the end, a draw was probably a fair result.

Swindon had to weather a storm for large parts of the first-half as the home team pressed, with Danny Rose having a goal waved off.

Tyreece Simpson hit the crossbar after Jack Payne's shot wasn't dealt with properly, and it was hard to believe that an action-packed first-half ended without a single goal.

There were goals after the interval, though, as Simpson's third goal of the season gave the Reds the lead, but Fraser Horsfall's bullet header ensured that the spoils were shared.

Town Head Coach Ben Garner made two changes in total as Akin Odimayo and Ellis Iandolo both came into the Starting XI, with Ben Gladwin dropping to the bench and Rob Hunt missing out on a place in the matchday squad.

It was a bright start by the Reds who were moving the ball around nicely and seeing plenty of possession in the final-third, although it was the home side who carved out the first real chance of the game.

Mitch Pinnock was able to pick out Danny Rose with a perfect cross but the latter could only plant his header against the post, before Kion Etete sent a header straight at Jojo Wollacott after Dion Conroy had diverted a cross out for a corner.

Conroy then came up with another huge play to clear a shot from Etete off the line, before Aaron McGowan's shot hit a defender and looped into the arms of Wollacott. 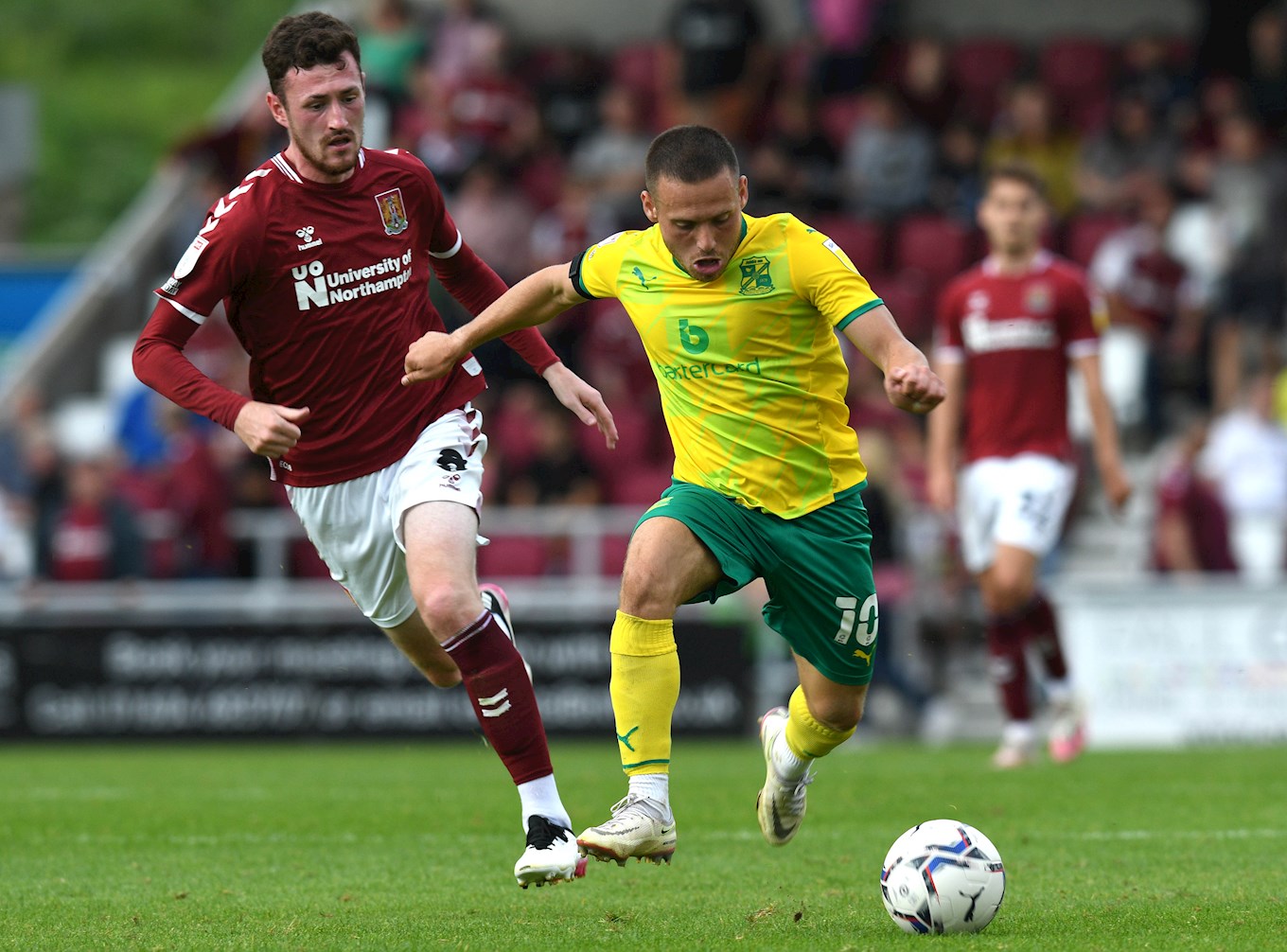 Town were really having to weather an intense storm but they managed to survive it, although Northampton were looking dangerous every time they poured forward.

Good defending allowed the Reds to box out Mitch Pinnock before he could get a clear shot on goal after latching onto a header that looped over the defence.

Louis Reed produced a sublime pass over the top of the Northampton defence, picking out Tyreece Simpson perfectly but the striker couldn't bring the ball under control and the danger passed.

Northampton then went close again as Pinnock's long-throw caused Town some trouble with Etete sending a well-struck volley just over the bar.

Rose did put the ball in the back of the net for the hosts but it was quickly disallowed, with Romoney Crichlow sent to the floor in the buildup.

From there, Town nearly took the lead themselves in a crazy sequence of events as Jack Payne's effort from distance was only parried by Liam Roberts with the rebound falling at the feet of Simpson, who could only smash a shot against the crossbar.

And that signalled the end of what was a crazy and intense first-half, with the two teams somehow going in scoreless at the break.

It was a strong start to the second-half for the Cobblers as Jon Guthrie's header back across goal drifted just wide with Etete unable to get a touch on it, before Sam Hoskins fired an effort over the bar after a free-kick dropped perfectly at his feet.

And, just moments after that missed opportunity for the hosts, Town made them pay emphatically by going up the other end and delivering the ultimate body blow.

Kaine Kesler-Hayden slipped in Gilbert down the flank and the attacker fired a ball across goal, which was controlled beautifully by Simpson who turned before firing home a sublime finish to give the Reds the lead.

It was nearly 2-0 moments later as Ellis Iandolo sent a header inches wide from Kesler-Hayden's dangerous cross, before Simpson clipped a shot wide after racing onto a long ball over the top.

Wollacott then had to come up with a huge, huge save to somehow deny Fraser Horsfall, while Rose went close with an overhead kick that went just wide.

It was constant action at both ends as Gilbert put another superb ball to play through Simpson, but the striker's shot was blocked by the legs of Roberts. 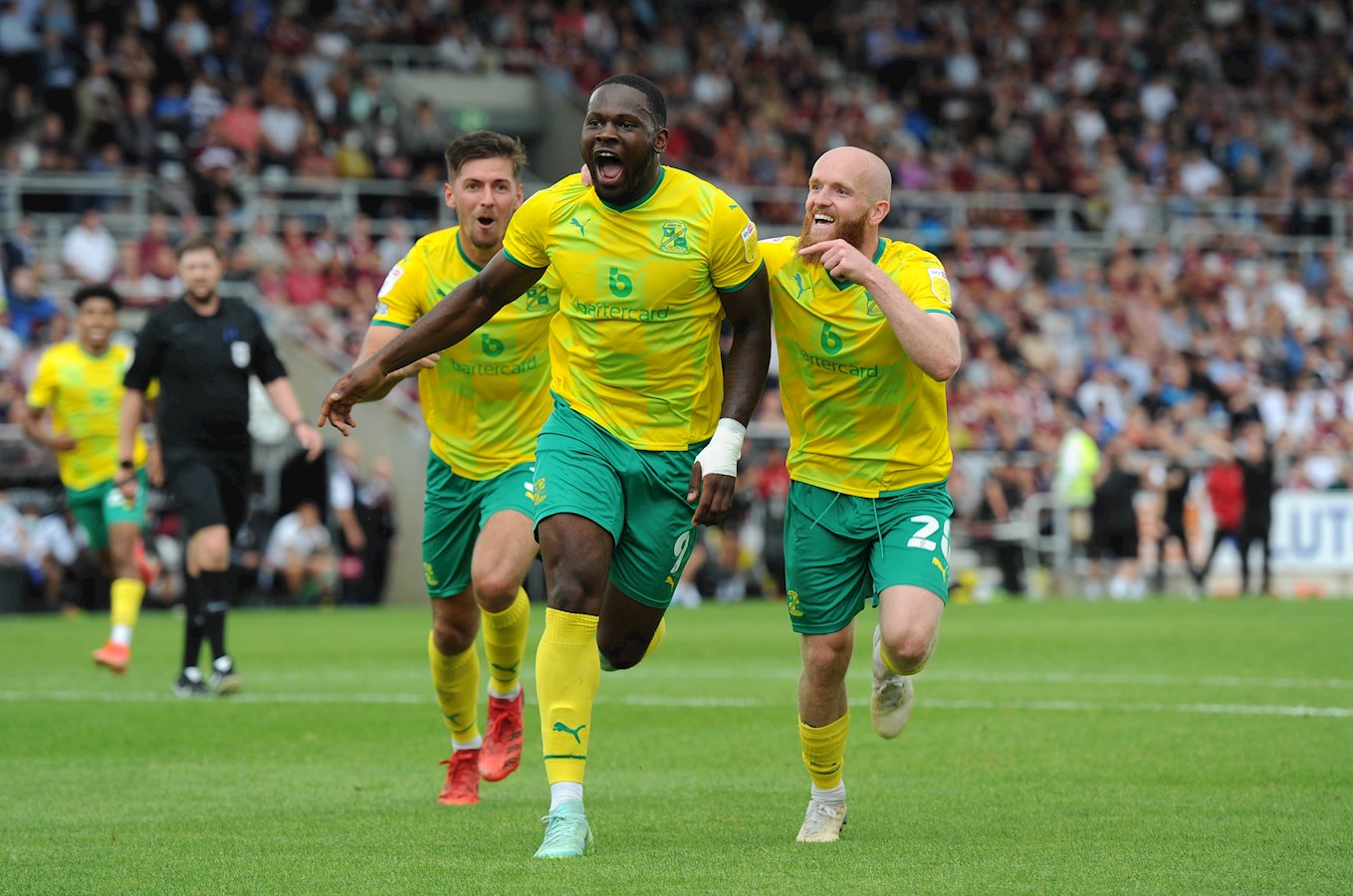 Town made a couple of quick-fire changes as Ben Gladwin and Jayden Mitchell-Lawson entered the fray, replacing Jonny Williams and Alex Gilbert respectively.

Rose was proving to be a tricky customer for the Reds to deal with as he put another shot wide, before the pressure finally told.

Having won a corner, Shaun McWilliams swung the ball in and centre-back Fraser Horsfall was there to head home an emphatic equaliser for Northampton.

It all got a bit frantic from there as both sides exchanged a flurry of blows in order to try and nick a winner, with Wollacott denying Paul Lewis and Nicke Kabamba flicking a header over the bar, before Simpson went through on goal and won a corner, which was nodded over by Iandolo.

Payne and Iandolo both had shots blocked as Town really pressed for a winner in the dying seconds, but both sides had to settle for a well-earned point after what was an entertaining encounter at Sixfields.


Swindon Town had to settle for a share of the spoils in an entertaining 1-1 draw away at Northampton Town on Saturday afternoon.

Swindon Town can now confirm ticket prices and details for our upcoming trip to Northampton Town.

We can now announce ticket details and prices for this game.

Please be aware that this game will kick-off an hour earlier at 2:00pm.

Town have been allocated the South Stand for this fixture, and fans will have until 12:00pm on Friday 17th September to purchase tickets for the game.

Tickets will also be available on the day to Swindon supporters with a £2 increase, but it will be pay by card only.

PLEASE NOTE - Only complimentary carers will be issued for supporters with the highest rate of disability - proof of this is required at point of sale.

All tickets not collected from STFC will be taken up to Northampton by SAS Travel for supporters to collect on match day. 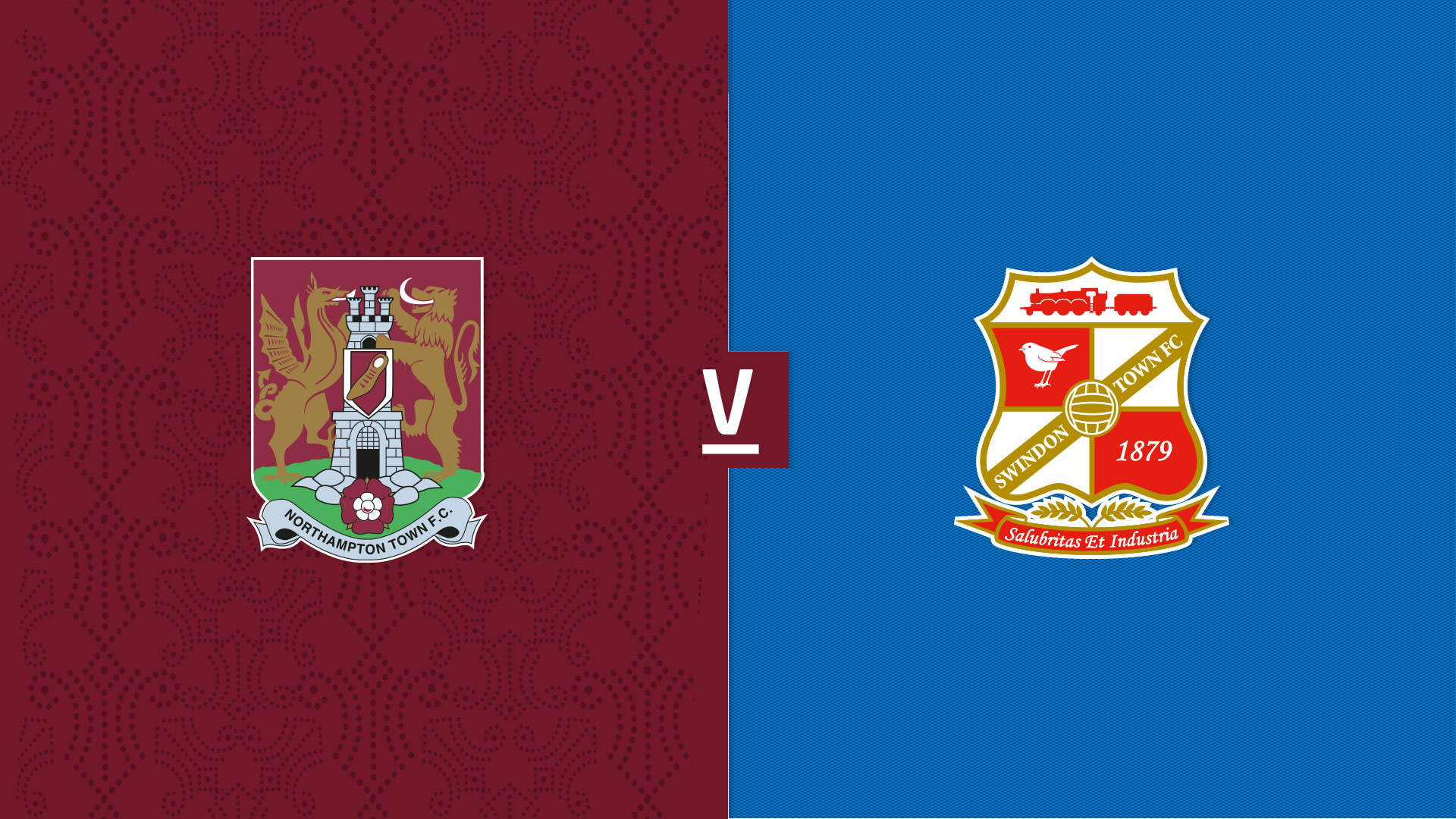 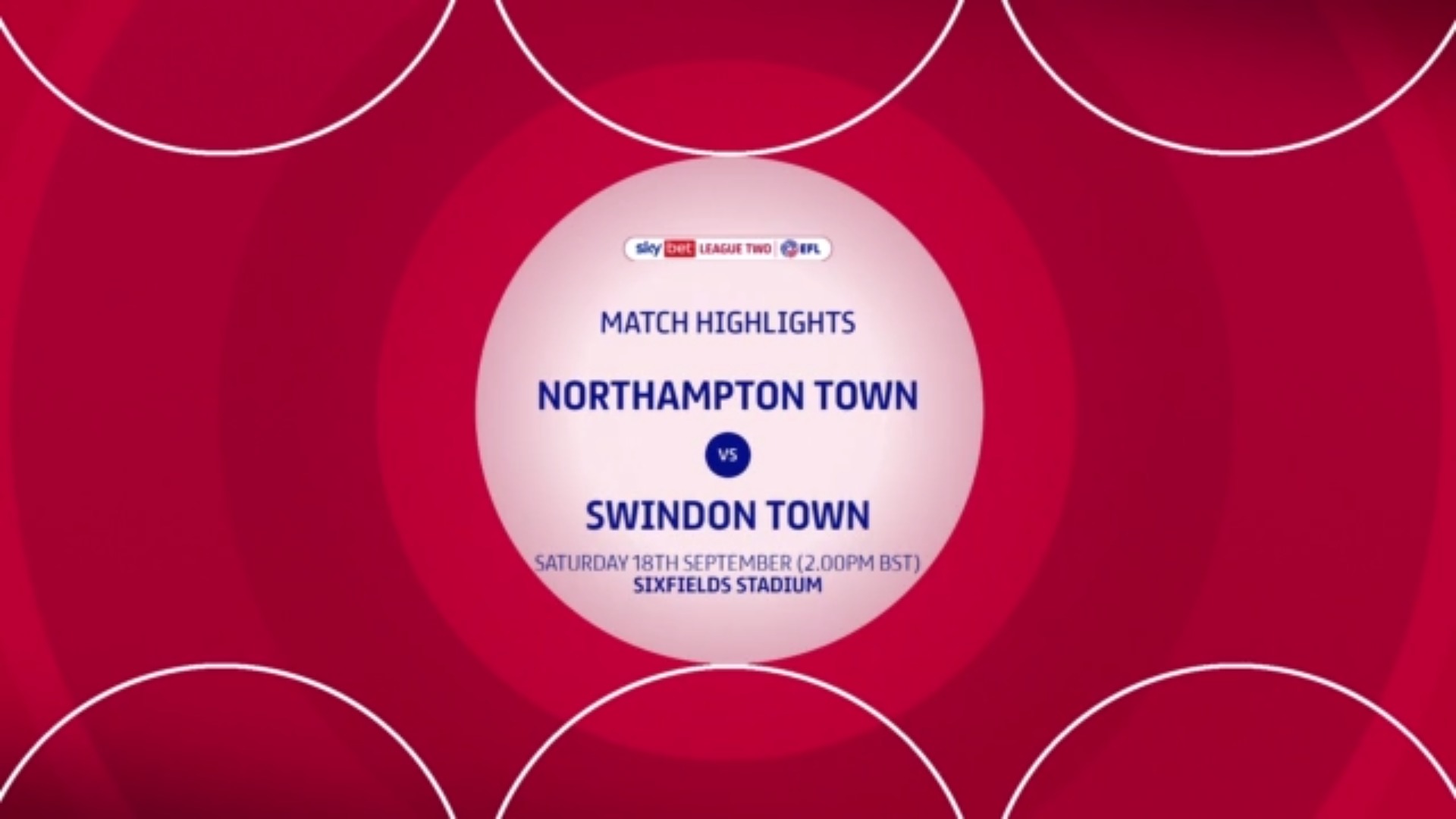 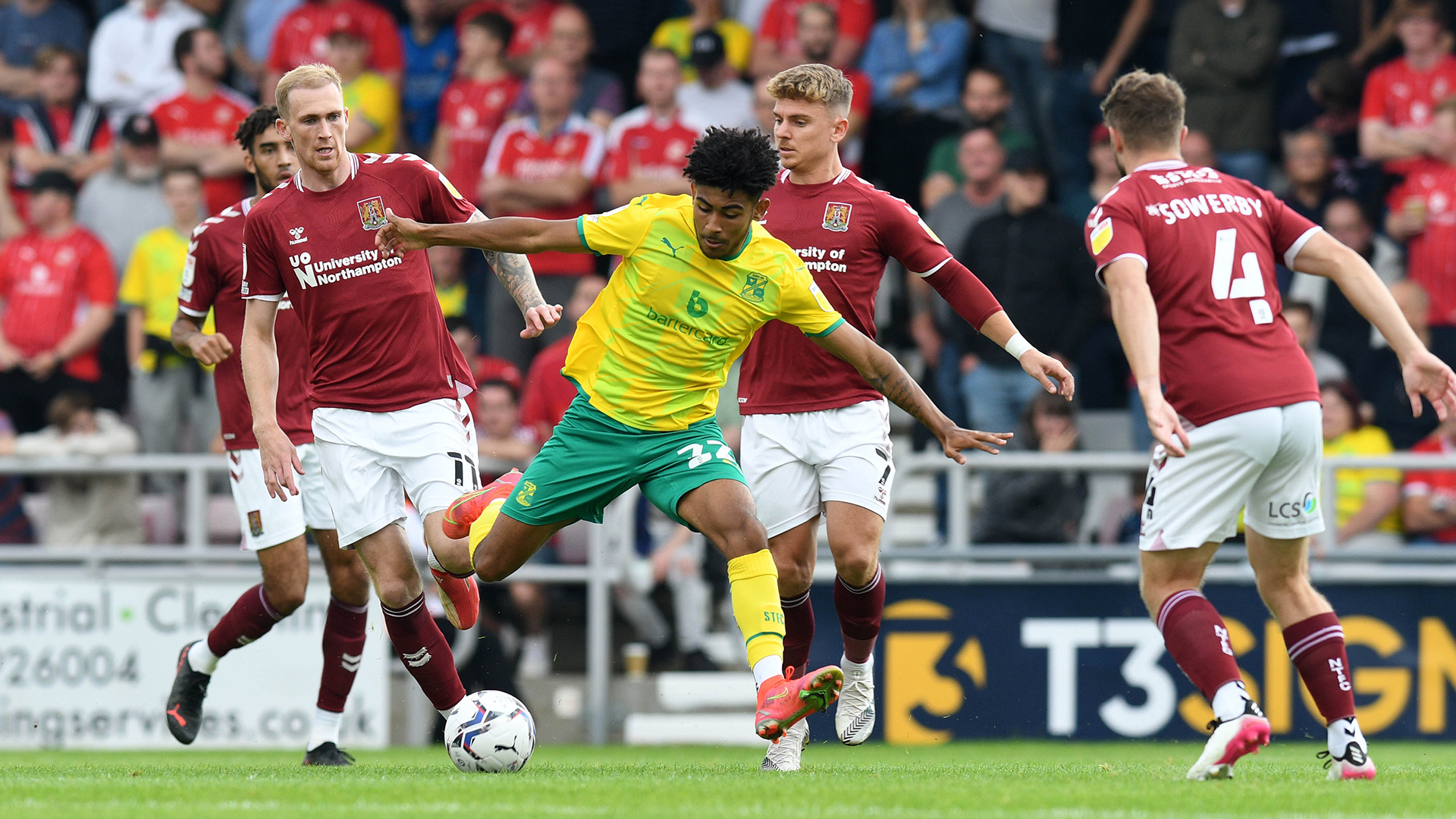