AFTER last season’s cup exploits, Town begin their 2012/13 FA Cup campaign against Macclesfield Town at The County Ground.
THE VIEW
The pre-match message from manager Paolo Di Canio is clear:
“We must not underestimate them,” he said. “We have more details on them than we did Aston Villa because we have everything to lose on Saturday. It is a 50:50 game and anything is possible. The gap is close because Macclesfield were a League Two side last year and they beat us away from home. It will not be an easy game.
“We don't have fantastic memories of playing against them. We lost away and I was sent off in the home game with them here at The County Ground.”
THE STORY SO FAR
The Silkmen have made a solid start to life in the Blue Square Premier and currently sit in 7th place. After losing their opening game, they won six of their next seven. A win over Braintree in early September preceded three draws and three defeats before they registered three points at Grimsby last weekend. A 3-1 win over Marine in the qualifying round set up Saturday’s tie at The County Ground.
LAST TIME OUT
Meetings between the two sides have been few and far between over the years and Saturday’s match is the first cup meeting between Town and the Silkmen. On Macclesfield’s last visit to The County Ground in January, a Paul Benson header 15 minutes from time was enough to secure all three points for Swindon.
TICKETS
Take advantage of the ‘Town for a Tenner’ initiative this weekend. Buy in person from the ticket office or by calling 0871 876 1993. You can also book online at the official online STFC ticket site. 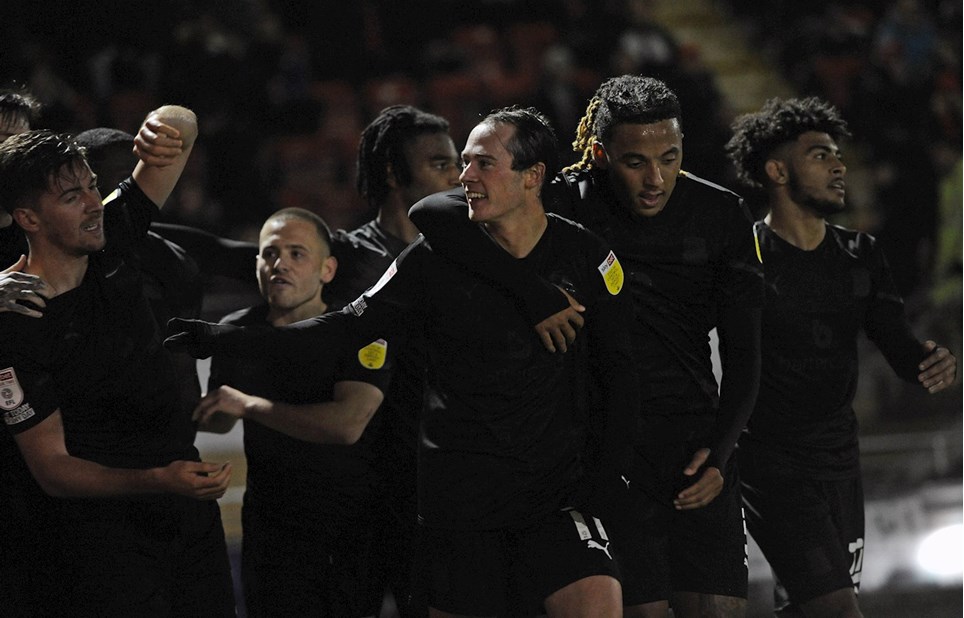