Swindon Town U18’s Striker Sol Pryce has been pleased with his side’s start to the season but is well aware that there is still a lot of hard work to be put in.

The young Reds have won their opening four games in the EFL Youth Alliance South West League, beating Newport County 5-1 on Saturday, and their Skipper has praised the collective effort.

“It has been a good start to the season and the boys have showed great character throughout the season,” he told swindontownfc.co.uk.

“We all worked hard throughout pre-season and we need to continue to work hard, keep pushing and keep winning games - that’s the most important thing.

“We play to win and that’s what we’re doing at the moment.

“We’ve just got to keep performing week in and week out and we showed great character against Exeter a couple of weeks ago to come from two goals down to win 3-2. 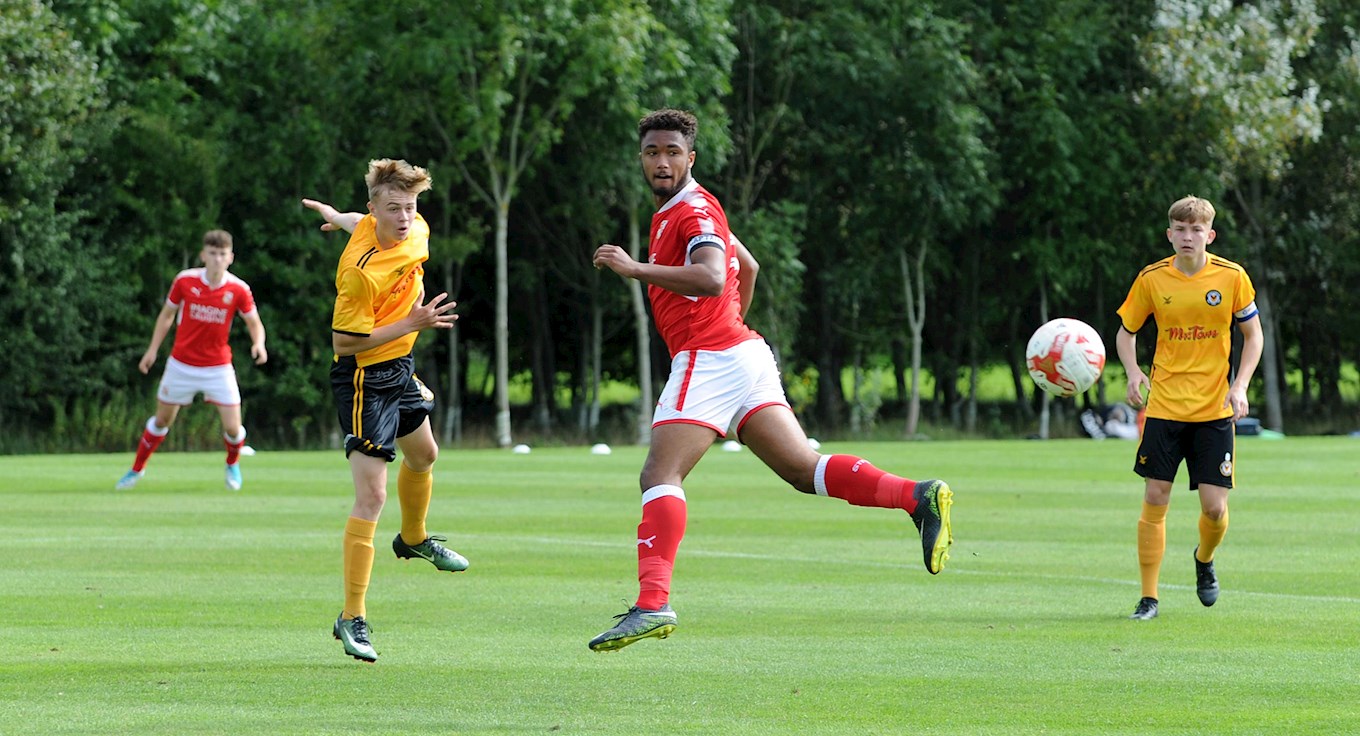 “It has been a good start so hopefully we can make it five wins from five on Saturday.

“Players like Jordan Edwards and Ollie Rejek had to be patient last year but this season they are showing what they are all about by performing week in and week out.

“The first-years have been brilliant too and they are all working hard to make sure we are meeting every demand in every game.

“We all worked hard throughout pre-season and we need to continue to work hard, keep pushing and keep winning games - that’s the most important thing."

“We can’t get complacent though, we need to keep working hard in order to win games and hopefully we can do that throughout the season and achieve more.”

It has also been a fine start to the season for Pryce who, after being named the U18’s Captain for 2017/18, has notched four goals in as many games.

“Four goals in four games isn’t bad and it is an improvement from where I was this time last year,” he added.

“It is about winning games though first and foremost. It is always nice to score goals and it is a great feeling, but the main thing is to help the team.

“I want to keep scoring goals to make sure we keep winning games.