Dave Flitcroft will be hoping to get off to a winning start in his first competitive game in charge as Reds Boss, while the Cumbrians will be out to prove that they haven’t suffered a post Play-Off hangover.

Town will be hoping to make a flying start to the new term as they aim to prove their promotion credentials, with the aim an immediate return to the third tier of English football.

The Reds were narrowly beaten 1-0 on their last visit to Brunton Park back in April 2014, with a Gary Madine strike enough to secure the spoils for the home team.

Town fans making the trip to Brunton Park tomorrow can buy tickets on the gate, although there will be a £3 increase for adults, senior citizens and young adults.

Around 400 supporters will be backing Dave Flitcroft and the boys on Saturday - thanks for your brilliant support!

Nicky Adams is Carlisle’s creative spark and he enjoyed a stellar 2016/17 campaign, his fine performances helping his side reach the Play-Offs in addition to landing him a spot in the PFA League Two Team of the Year. 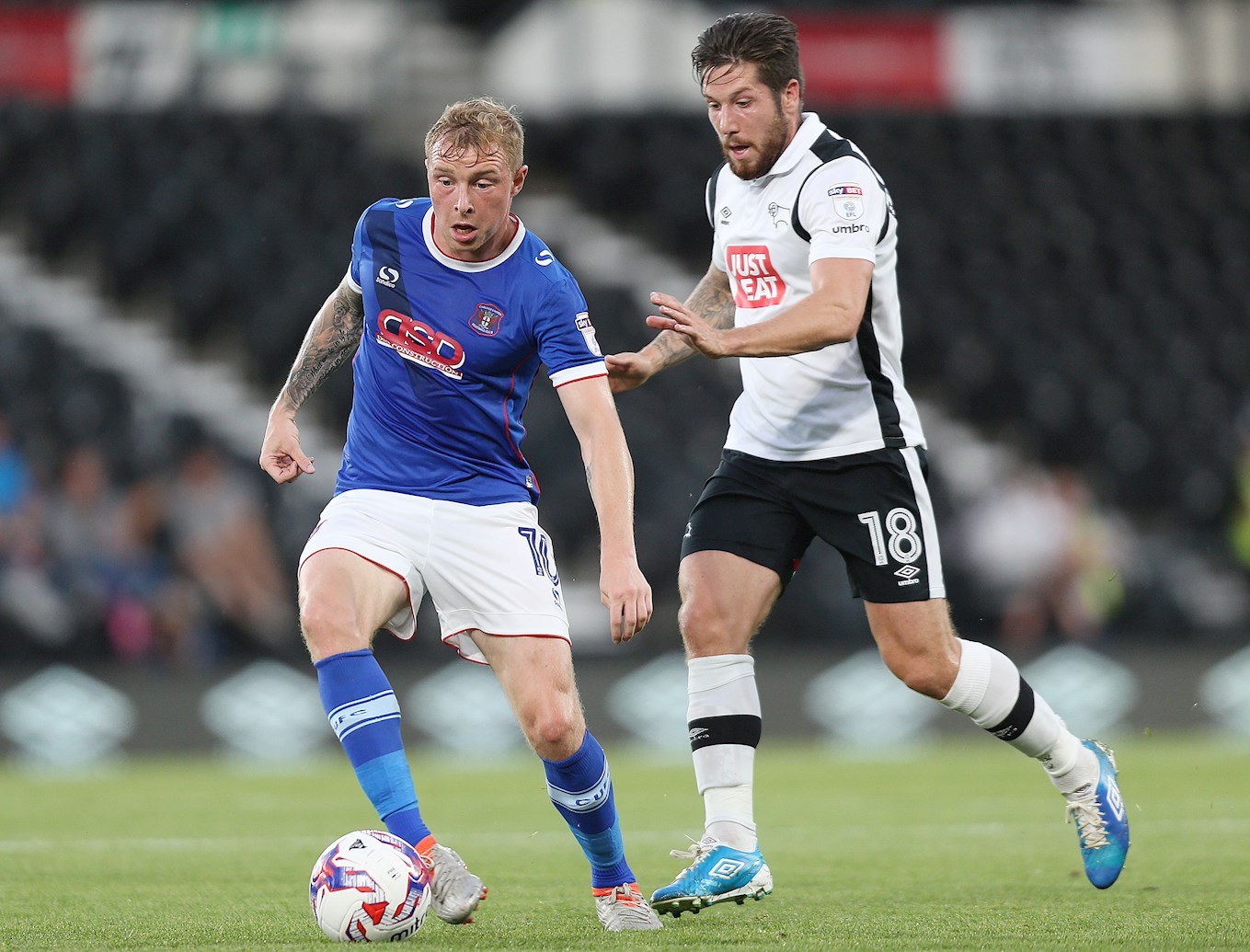 Able to both score and create goals, Adams is a proven performer at this level and he will be hoping to turn on the style for the Cumbrians once again in 2017/18.

Carlisle will be without winger John O’Sullivan tomorrow due to an ongoing groin/lower stomach problem, while Jason Kennedy, Kelvin Etuhu and Samir Nabi will all miss out.

Town nearly have a clean bill of health although latest recruit Kyle Knoyle is awaiting scan results on a knee injury picked up in training this week.

Keith Curle, Carlisle United Manager: “Swindon will be a really tough first test for us because they will want to put right what went wrong last season.

“This game is the first of our challenges and we’re looking forward to it.

“Swindon have a new body of players and I think the manager only had six signed up when he first went in there.

“I know Dave Flitcroft as a character and he’s a very organised person. He’s worked hard to mould a team together in a short space of time and he has done that well.

“His nature will mean that his team is very competitive because he’s gone into a club that wants to feel the enjoyment of success again.”

Dave Flitcroft, Swindon Town Manager: “We are ready to go, there’s no doubt about that.

“I’ve been looking forward to Saturday since the fixtures came out.

“It is up to us to go up there and be very professional ourselves and be very competitive - that’s what I’m expecting from the team.

“Carlisle will be highly competitive and highly professional and that’s what we’ll be coming up against on Saturday.”

Luke Norris, Swindon Town Striker: “I prefer Carlisle first game of the season, get it out of the way and it is better than doing it on a Tuesday night.

“Carlisle are a good side and they will probably be aiming for the Play-Offs again.

“They’ve got some good players, they’ve signed a few and it will be a good test.”

Can’t make it to Brunton Park tomorrow? Don’t panic because there are numerous ways to keep up to date with all the action at Carlisle.