Swindon Town Boss Dave Flitcroft sat down with the local press earlier today to preview our Sky Bet League Two fixture against Crawley Town at The County Ground on Saturday.

The Gaffer gave his views on a number of subjects including team news, Harry Kewell and transfers.

Here are the key points from what he had to say…

“He’s come through all the straight-line stuff now but going on the grass has just unsettled it a little bit.

“I’m not going to have Johnny for the weekend which is disappointing because I want him around the group and he’s missing valuable training time and game time.

“He’s doing everything he can in the gym to get back and get playing and be a part of it, but it has become a little bit frustrating for him so we are just working on Johnny and making sure that his head is in a good place.

“I’m just a bit gutted myself because I thought I would have Johnny for the weekend.” 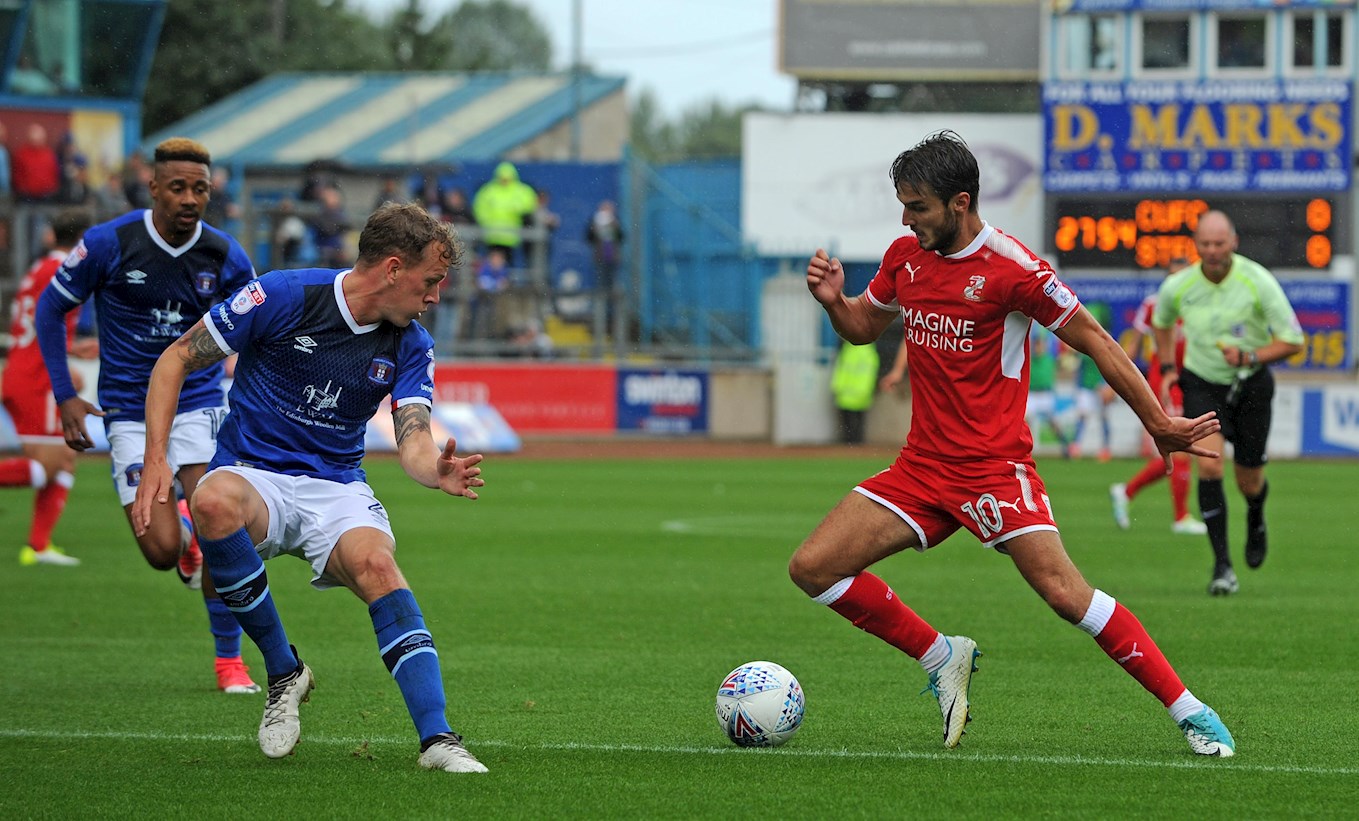 ON THE ADVANTAGES OF HAVING A FREE WEEK:

“We’ve given the lads some testing in the early part of the week because we’re four or five games in now due to the cup games.

“It has been great this week to be able to do that. We’ve got that in and that is in the system now so we’ve got those benchmarks and that will continue as we get more free weeks at certain points in the season.

“It has been a really good week for the staff to be able to get that data and it has also allowed me to get to some games and look at some of the U23’s games.

“I was at Southampton v Wolves last night, Manchester United at Swansea on Monday so it has given Futch (Ben Futcher) and myself a real opportunity to go and watch some live games.

“That has opened our eyes to what is out there.” 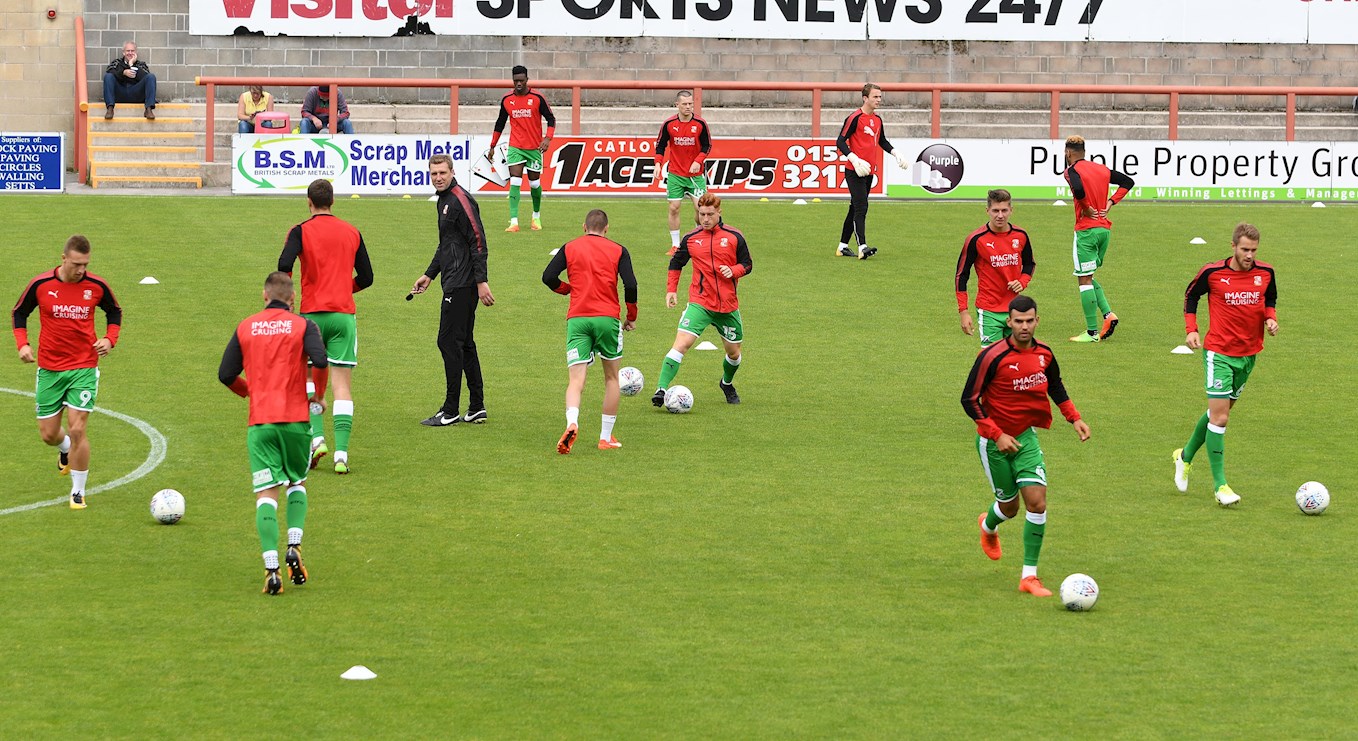 “I felt when I built the squad and when I look at the offensive players we’ve got and when I look at the way we want to try and influence the last third of the pitch with one-on-one situations, I wanted someone who is a dead-ball specialist, which Matt is, and I think we’ll get a lot of free-kicks when the season settles.

“Whether it is Broph (James Brophy) running at you, Johnny Goddard, Donal McDermott, Mulls (Paul Mullin) or Kaiyne Woolery, we’ve got very quick, exciting players in and around the last third and I am encouraging them to be positive and go one-on-one so Matty gives us that.

“He’ll give us the assists quality, he can play from a central midfield point and he’s someone who balances the squad out.

“He’s a left-footer in midfield and I like the balance of that.

“I spoke to the players today about Gareth Bale and the fact that his place at Real Madrid could be under threat because of the emergence of other top, top players.

“Will he go to the next level? He probably will and he will make his game better.

“Bringing in that quality improves the depth of the squad but it also challenges players who have got the shirt to keep the shirt and the lads know if you are training well then you will be heavily involved in the first-team on a Saturday.

“If you are not training up to my standards you will be nowhere near, so there has been a new energy on the training ground due to Matty coming in and that’s what we’re trying to build at the football club.” 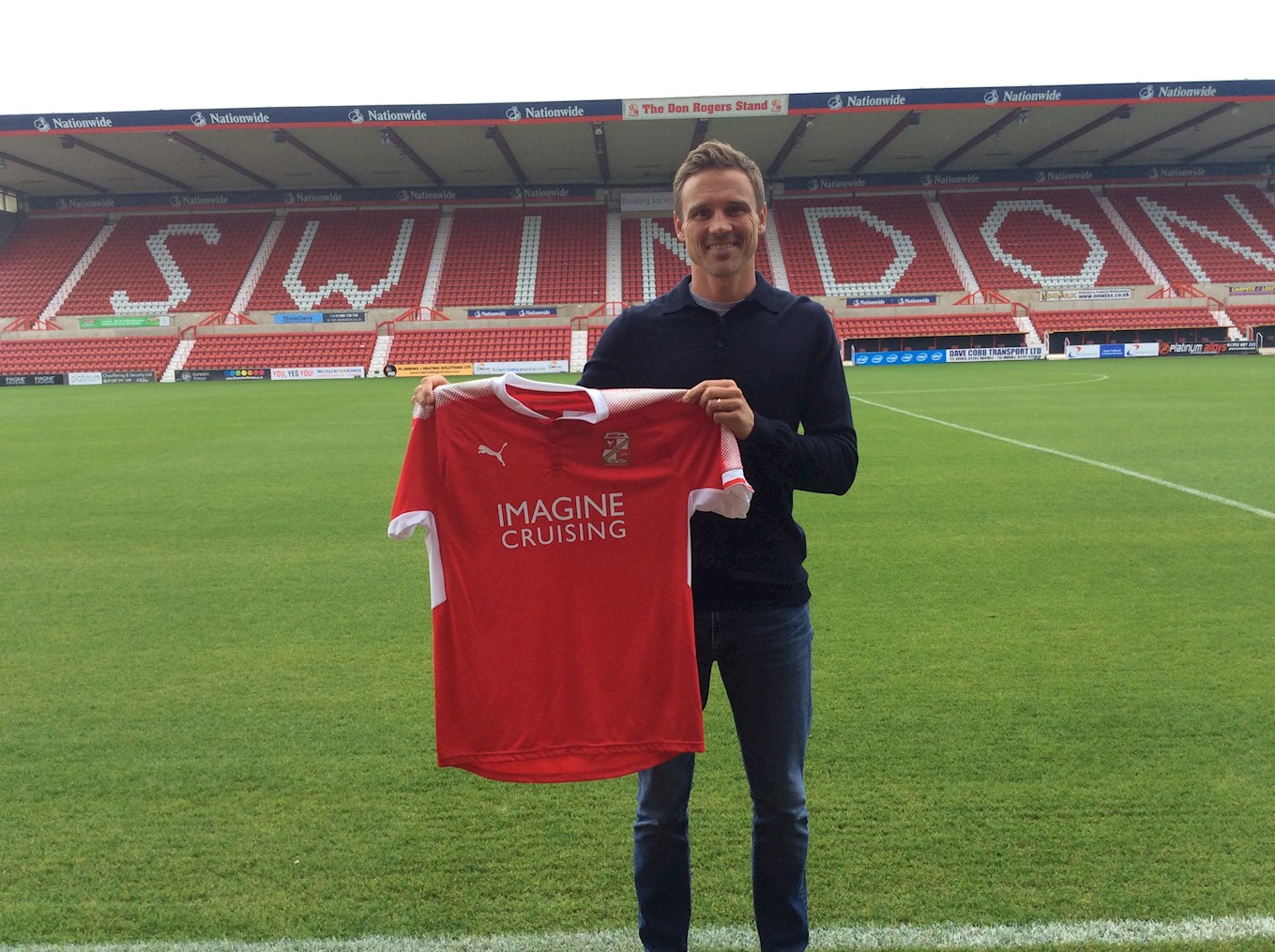 “It just made financial sense in terms of the budget I am working to and maybe it was overkill having four or five central midfield players.

“You are always looking to balance the squad out anyway and when I saw Conor I was very open and honest with him about what it looked like and about what I expect from a central-midfield player.

“It was obvious that there was an opportunity out in India to explore and we just wish him the best.

“He’s been an ultimate pro for me since I’ve been at the football club, I just want to wish him the best and I hope he’s successful in his quest to go on the world stage and develop his opportunity.

“If he impresses Teddy Sheringham and Robbie Keane out there then you never know what doors might open.

“Conor has looked at the bigger picture and all credit to him. I just hope that the boy does really well for himself and his family.” 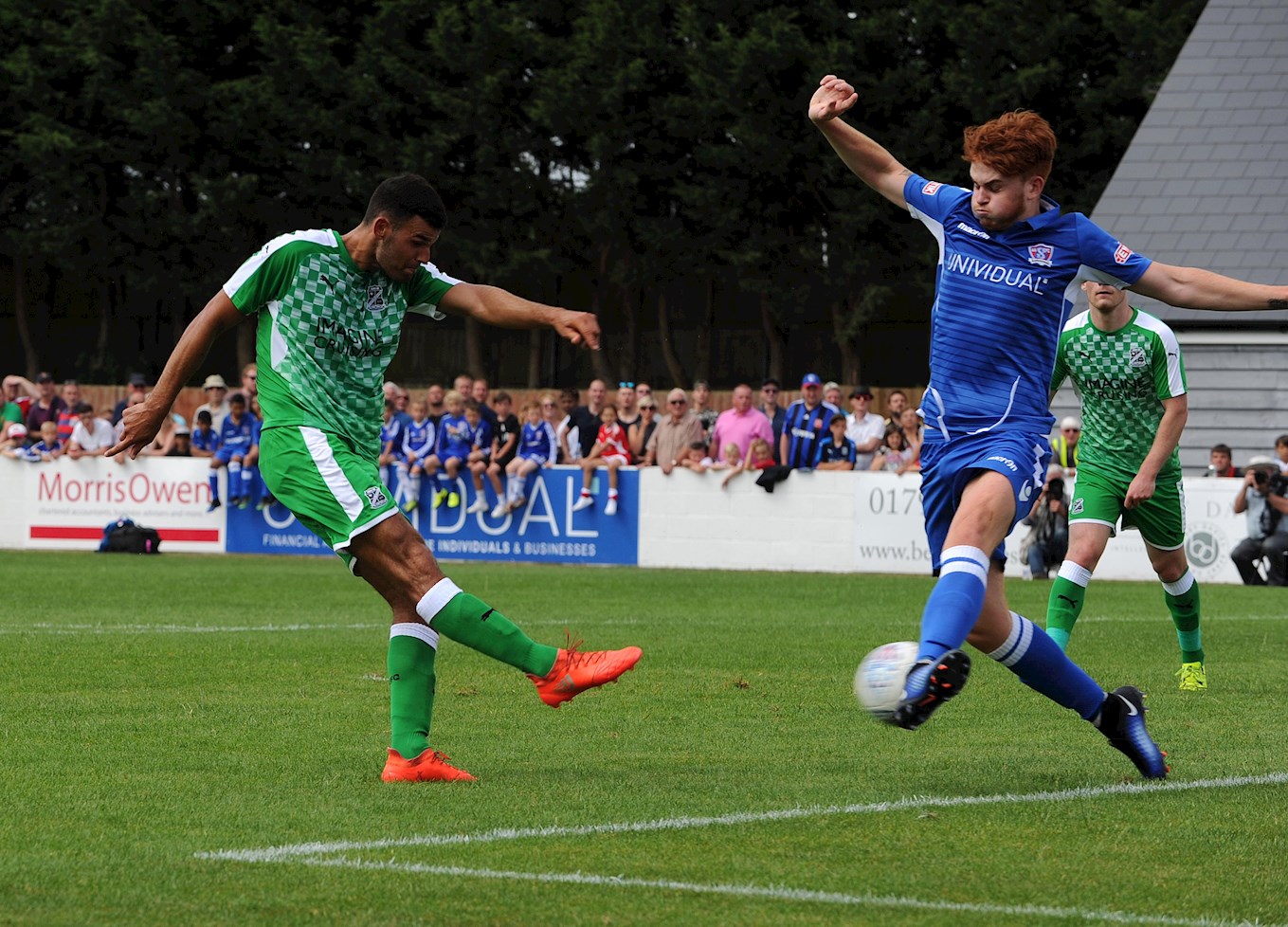 ON NOT BEING DONE IN THE TRANSFER WINDOW:

“We are still looking, absolutely.

“We are potentially one short at the minute in the squad, maybe two, and you’ve always got maybe three/four players out injured at any one time and that’s up and down the country.

“Touch wood we’ve been designed a decent programme and we haven’t suffered with any muscular injuries up to this point, but as the games come thick and fast and you start getting towards November and December and the pitches start getting heavier, then we might get some injuries and we’ve got to be able to cope with that.

“You can’t dip into a loan market so we are maybe two short and we’re still looking.

“That search will keep on going until the countdown is finished.

“We are looking for more balance down the right-side and that allows me to look at a different system and it also gives me an opportunity to get a different type of service in from the right-hand side, so that is something we are looking at and monitoring quite a lot.

“That will keep going until either we do or we don’t but if the window shuts tomorrow then I will be delighted with the business this club has done and this group of players.

“I really would be delighted with them because they’ve done everything we have asked of them and more.

“They are a pleasure to work with and we’re nearly there. An extra player would be a bonus.”

ON HARRY KEWELL AND CRAWLEY TOWN:

“First of all Harry has gone in there as a top, top Premier League player and I’ve only got the ultimate respect when a former top flight player comes down to League Two and League One and cuts their stripes.

“A lot of the top players either go into commentary because they don’t want to do the hard miles or they want to start at the top where they’ve got everything, six or seven analysts, a recruitment team, coaches and then a real infrastructure.

“Harry has chosen a path at the lower end of the football pyramid to ply his trade and I’ve got the ultimate respect for him for doing that.

“In terms of Crawley as a team they are looking to try and move the ball quickly through the pitch and they are very expressive with the way they play and they create a lot of chances. 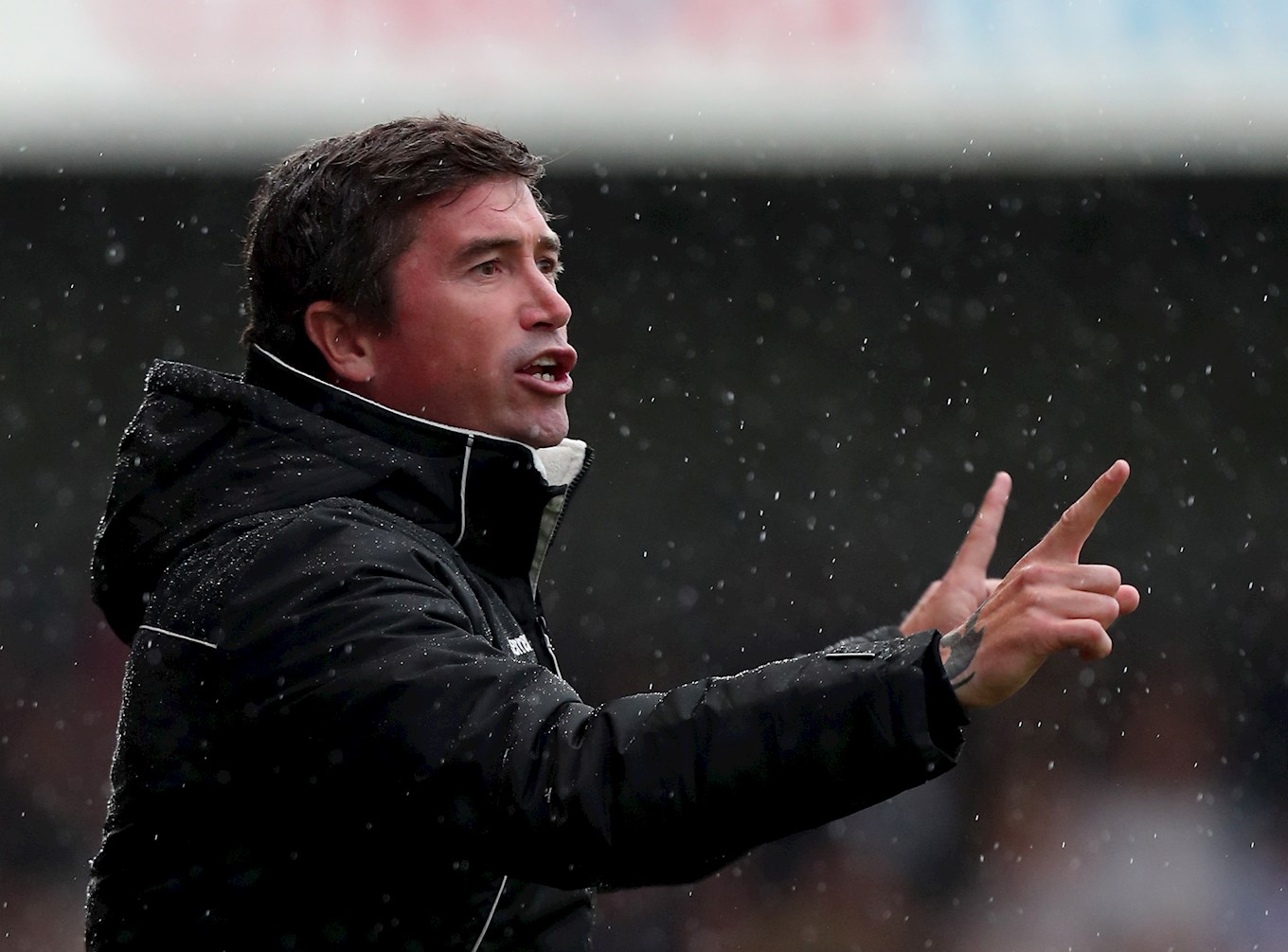 “The league shape isn’t going to form for at least twelve games and we’ve watched two of their games now, they’ve gone with two different formations and we’ll be looking forward to them coming here Saturday and us putting in a Swindon Town performance that I feel the fans deserve.

“The players care, the manager cares passionately about his new job and they would have put a lot of work in to try and get off to a good start. 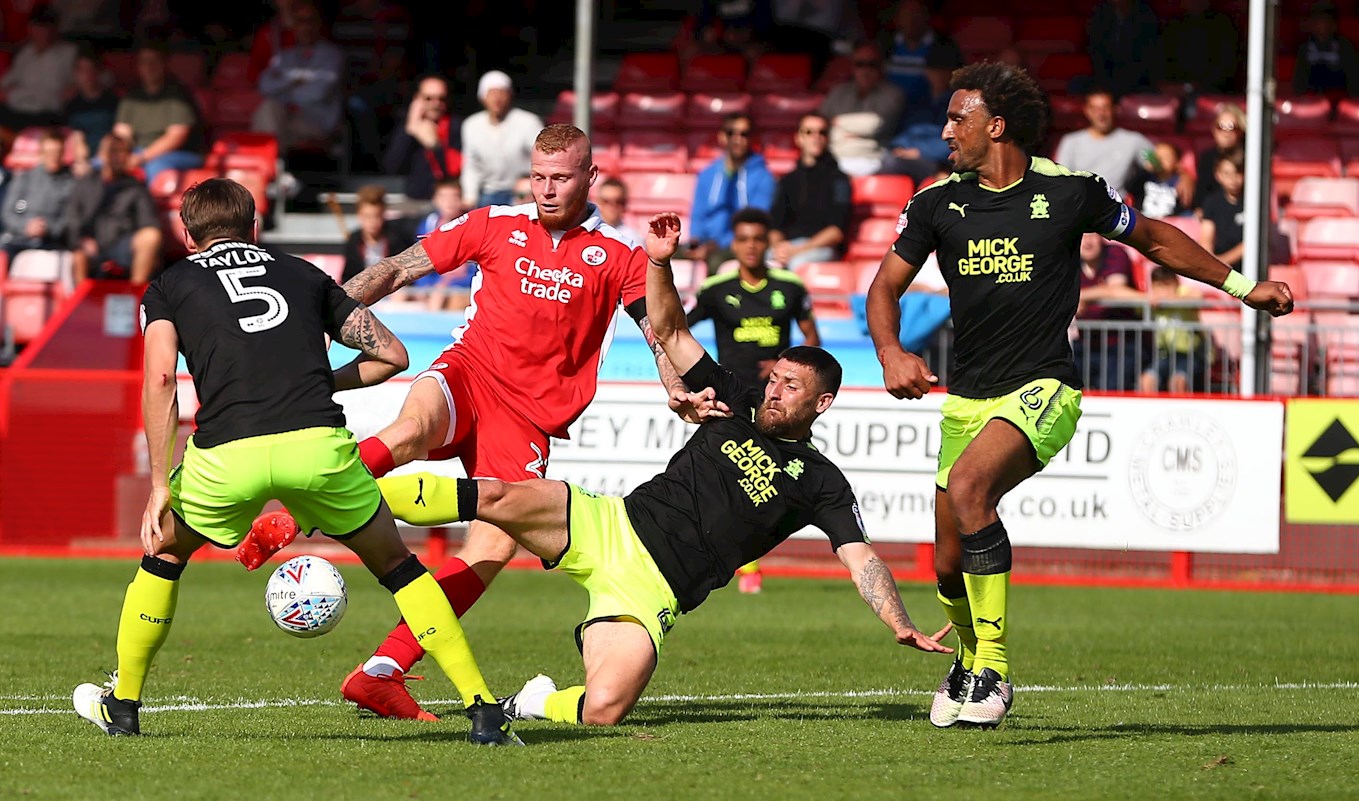 “They haven’t been able to do that at the minute but they will turn that corner. You look at Yeovil, they were absolutely smoked on the first day, they concede eight goals but then they win the week after.

“League Two is very unpredictable and it is one of those leagues, but we’ll give them every respect.