Town Captain Olly Lancashire pulled no punches when assessing our 3-0 defeat to Crawley Town on Saturday.

Despite dominating first-half proceedings, the Reds found themselves a goal down at the break after an unfortunate own goal from the Skipper and it got worse after the interval with efforts from Jordan Roberts and Jimmy Smith clinching the three points for the visitors.

Speaking in the wake of Town’s first Sky Bet League Two defeat of the season, Lancashire admitted that his side’s second-half display was far from good enough and he has vowed to put that right.

“It is obviously difficult to talk straight after a game, but I thought the first half-hour was the best we’ve played,” he told members of the local press.

“We created numerous chances and their goal changed the course of the game.

“It is unacceptable to concede three goals at home so we can only apologise for that and it is something we’re going to have to change quickly.

“We want to get this first win at home.

“We will go through it on Monday and move on because there’s a lot of games to go. 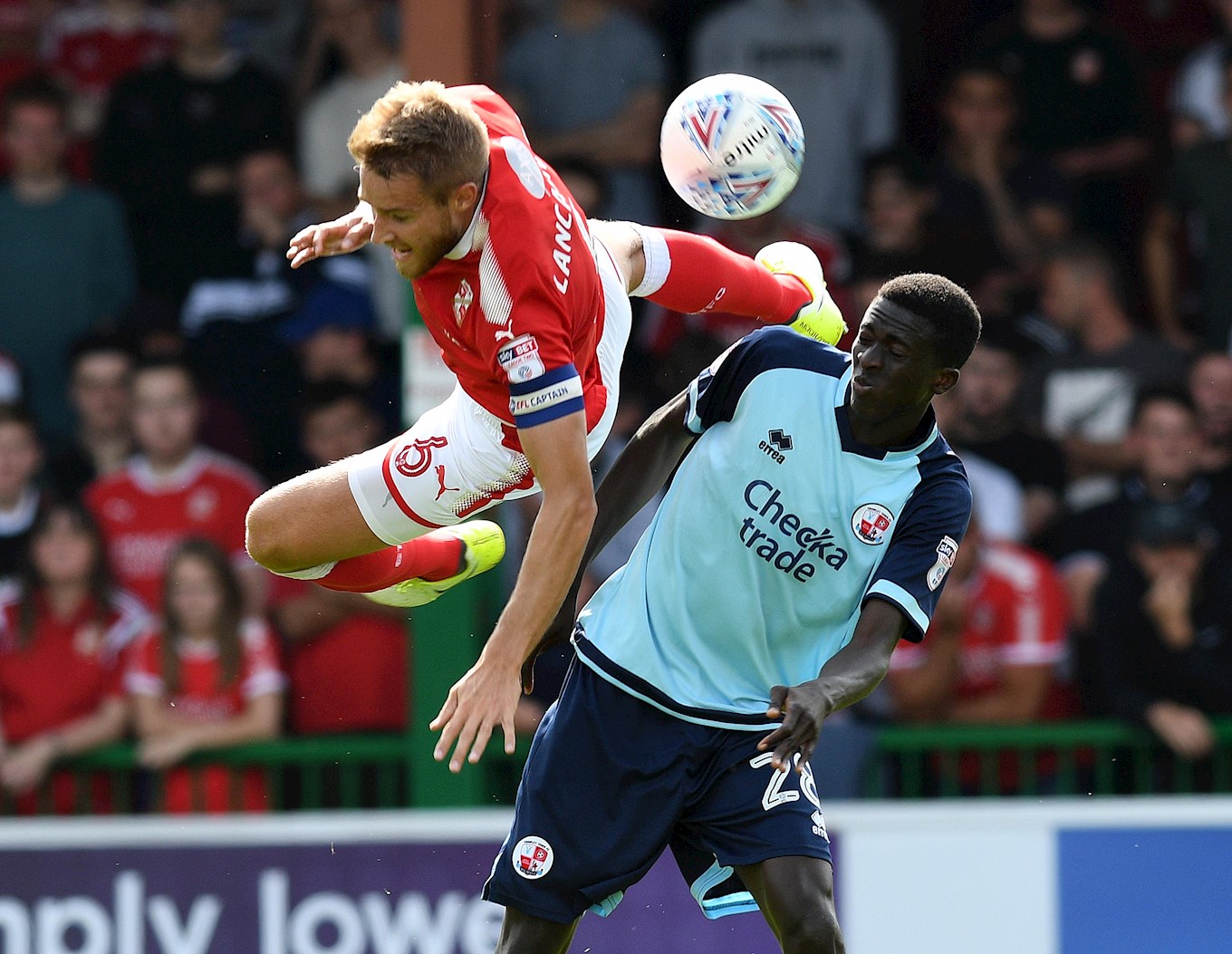 “There were five or six of us that were probably guilty of not taking our chances, their keeper has pulled off a couple of good saves to deny Nozza (Luke Norris), but we can’t let their goal change anything, we should still have gone on to win the game.

“I thought we were going to come out after half-time and win but the last half-hour was very disappointing.

“All the boys are shocked and it is a very angry dressing room. We have to look at it, talk about why it happened and make sure it doesn’t happen again, especially at home.

“None of us are happy about conceding three at home so we’ve got to dust ourselves off and make sure it doesn’t happen again.

“If you look at Crawley’s stats, they may not have won a game before Saturday but they have created plenty of chances so we knew they were dangerous but we always fancy ourselves at home.

“It could have been a different game if we had put away our chances but, as I keep saying, it is important that we move on and make sure it doesn’t happen again."

“It is unacceptable to concede three goals at home so we can only apologise for that and it is something we’re going to have to change quickly. We want to get this first win at home."

And Lancashire went on to outline what his role as Captain will involve following that defeat.

“I will need to be very honest with people and make sure that we take it game-by-game,” he added.

“There is no point in dwelling on this result on Tuesday, Wednesday, Thursday because there’s always going to be that next game.

“We’re back at The County Ground on Saturday so we need to make sure we bounce back.

“We want to win a lot of games at home and we’ve got to play under the pressure, entertain the fans and give them something to shout about.

“The second-half on Saturday wasn’t acceptable.”