Donal McDermott’s first goal for the club made it a dream start for the Reds and the midfielder’s fine strike proved to be the winner on an eventful afternoon at the Globe Arena.

Town’s bright start was rewarded early on thanks to a stunning strike from McDermott, who picked his spot perfectly.

There was plenty of action in all areas of the pitch and Lawrence Vigouroux had to be alert on a couple of occasions to keep his side’s lead in-tact.

It was all one-way traffic in the second-half as Swindon looked to extend their lead, although they had to settle for just the one goal with the three points returning to Wiltshire.

Dave Flitcroft made just two changes to the side that suffered defeat in the Checkatrade Trophy in midweek with Lawrence Vigouroux returning from a minor injury to replace Will Henry in-between the sticks.

Ellis Iandolo dropped to the bench with Paul Mullin coming in to start against his former club, while Luke Norris and Kaiyne Woolery were tasked with leading the line. 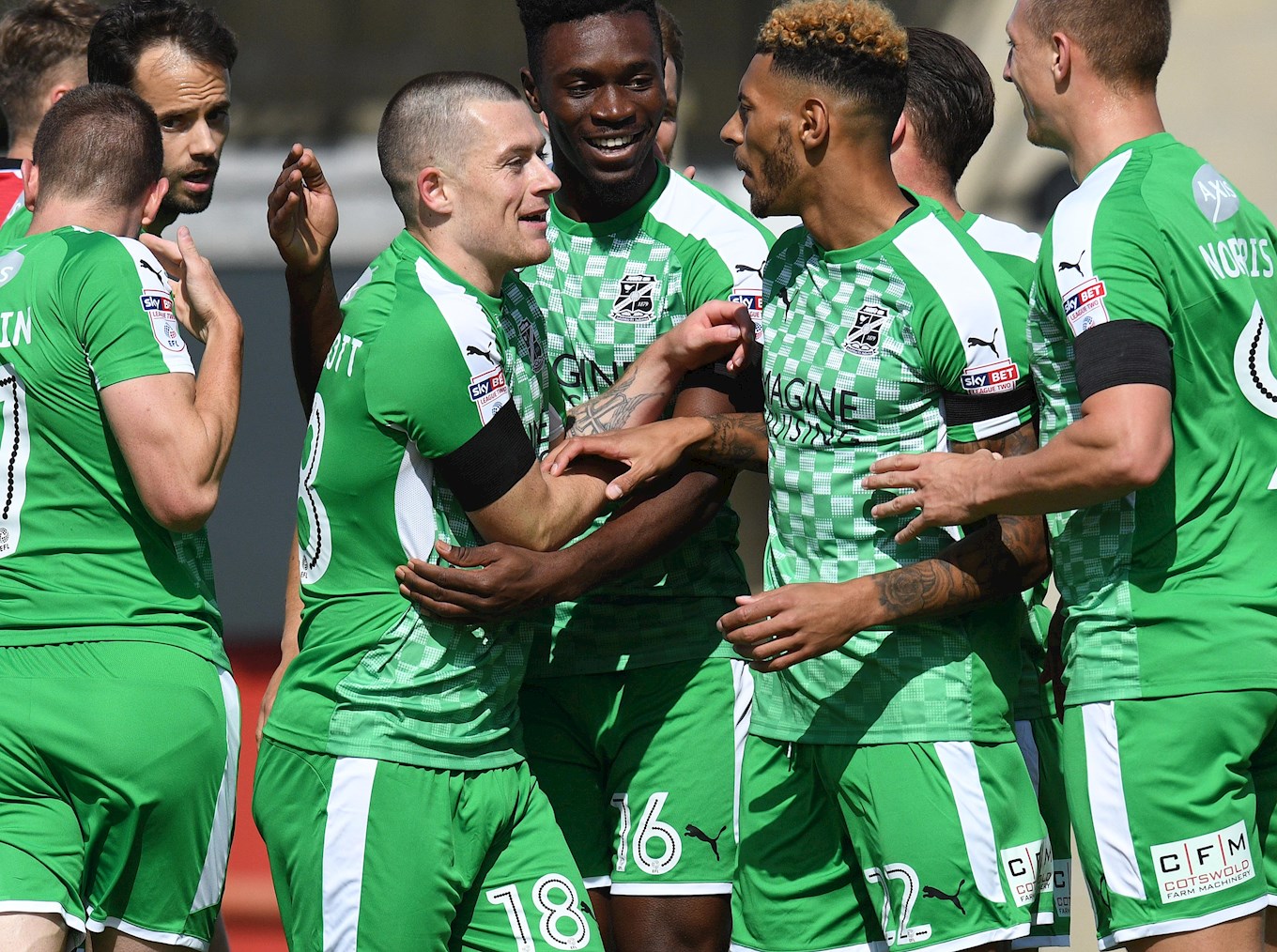 There was a frantic start to proceedings with both sides looking to land the first blow of the afternoon.

Town were looking the more dangerous of the two teams going forward and they threatened early on through Mullin who rose highest to nod wide from a Chris Hussey corner.

However, that proved to be a warning sign that Morecambe didn’t heed with the Reds opening the scoring with just thirteen-minutes on the clock.

A free-kick was taken quickly and Donal McDermott decided to take matters into his own hands, lashing home a stunning strike into the far corner from distance to open his account for the club in style.

That put the wind in Town’s sails and there was a real urgency about their play as they attempted to score a quick second.

Woolery dragged an effort wide from twenty-yards before they were forced to do their fair share of defending.

Michael Rose’s long-range free-kick proved to be no trouble for Lawrence Vigouroux, although he was tested twice in quick succession moments later as his clearance bounced off Aaron Wildig and into the side netting, before he was forced to parry Andrew Fleming’s deflected strike. 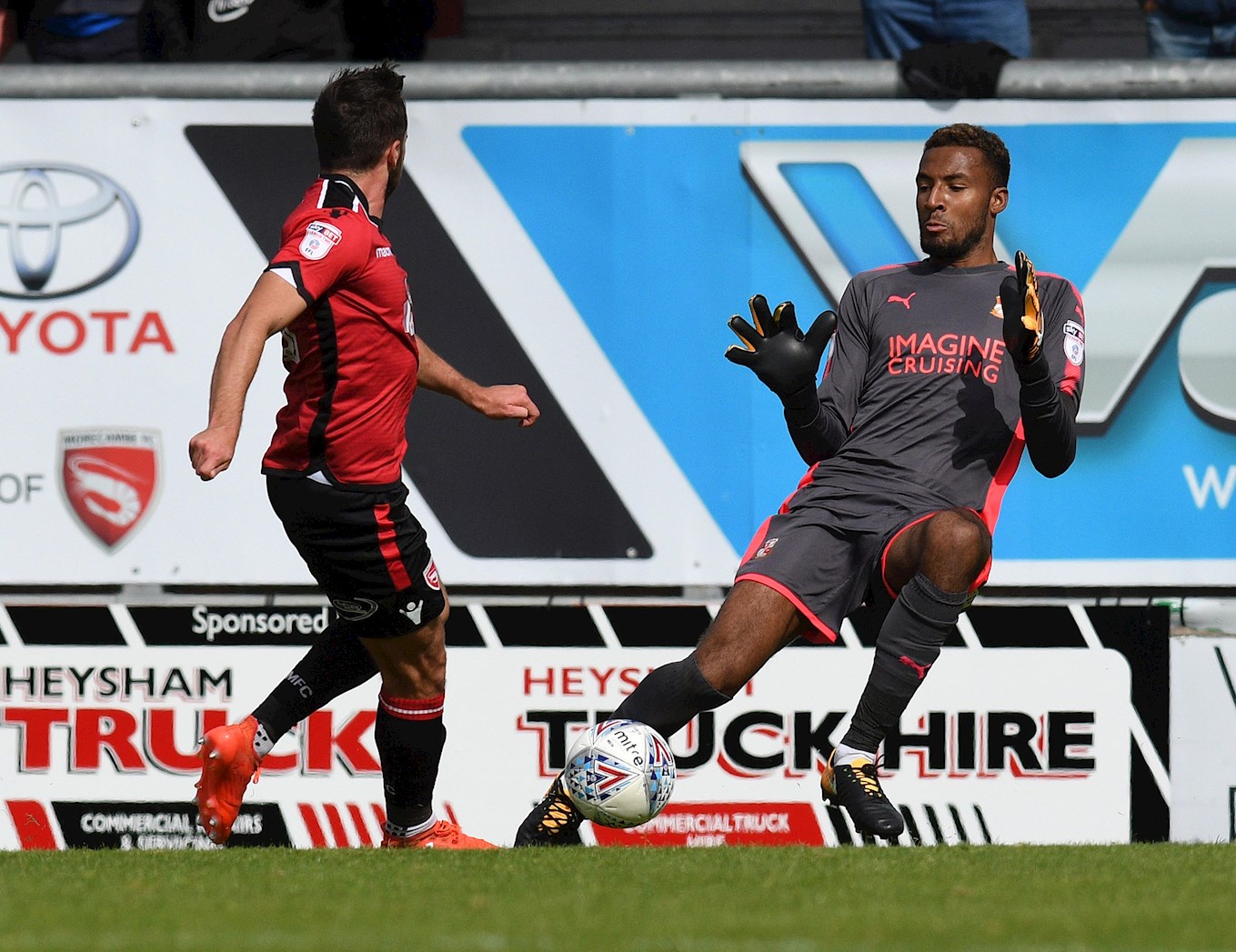 Both teams were giving it their all and there was one more chance before the break with Vigouroux racing off his line to deny Wildig with a fine save.

Town carried on from where they left off in the second-half and they went close seconds after the restart with Mullin sending a dipping effort just over the bar.

The former Morecambe striker was continuing to cause problems for his old side and he was able to pick out McDermott with a clever pull-back, but the midfielder’s shot was blocked.

The chances kept on coming for the visitors as Hussey warmed the palms of Barry Roche with a long-range drive, before Mullin saw a cross drop just wide of the far post.

Town then opted to freshen things up with James Brophy coming on to replace Woolery in attack.

And it nearly paid instant dividends as Hussey pumped a ball into the box with Brophy waiting to pounce, but the winger could only send a header inches over the bar.

Chances were cropping up at both ends of the pitch as the game entered its closing stages with Steve Old hammering wide for the hosts. 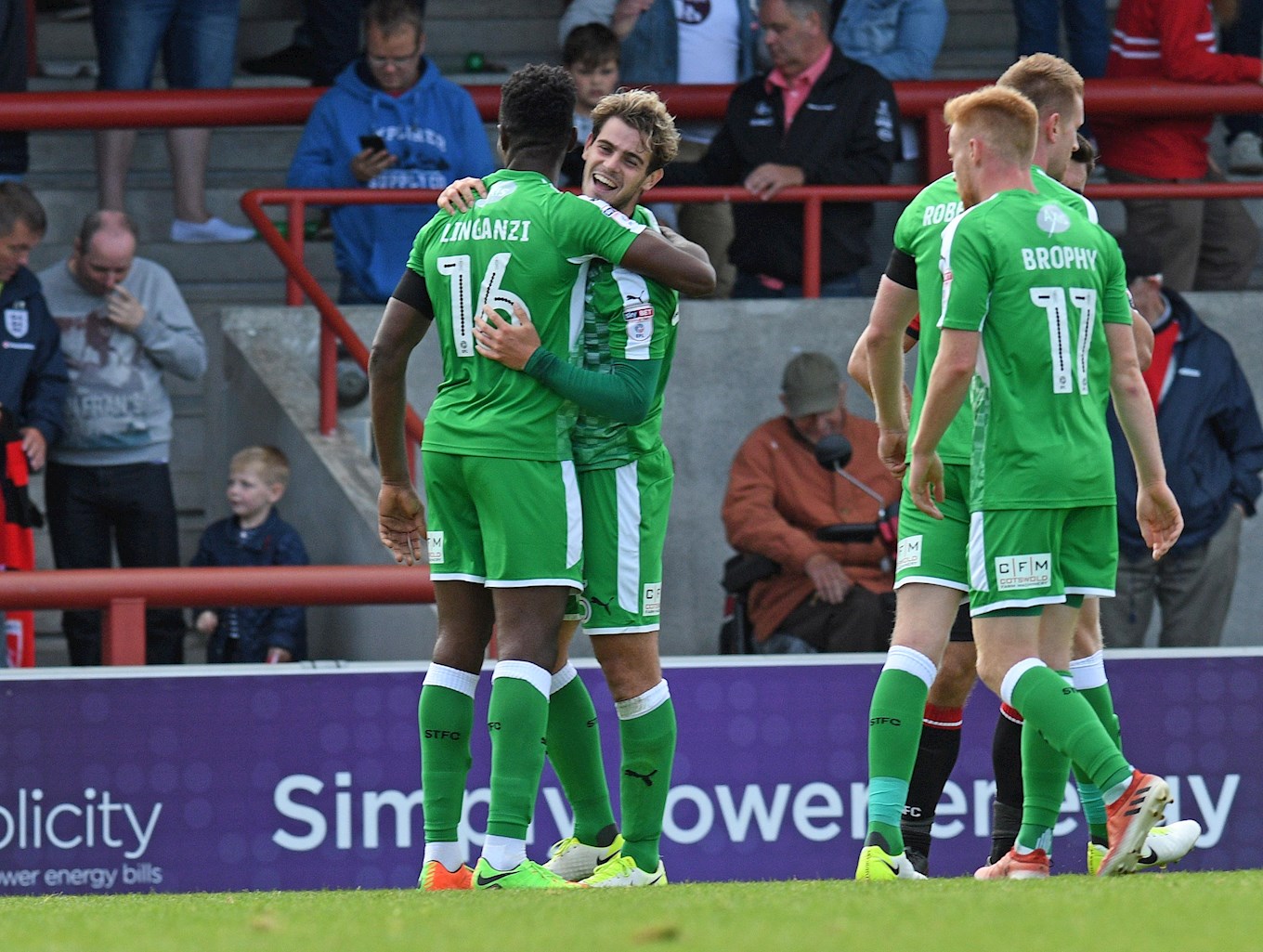 Mullin was desperate to score against his former club and he tried his luck once more with a 30-yard curler straight at Roche, while Garry Thompson leathered over at the other end.

With only five minutes remaining and a slender lead still to protect, Town brought on an extra defensive reinforcement with Chris Robertson replacing McDermott.

Harry Smith then replaced Norris and that proved to be the final talking point of the game as Town held on to claim a big three points and their first clean sheet of the new season.