Town fought back to claim a point in a 1-1 draw with Exeter City in the Sky Bet League Two at The County Ground this afternoon.

It wasn’t the best of starts to life at SN1 in 2017/18 for the Reds who were put under the cosh by their visitors in the opening exchanges.

Exeter’s pressure paid off too and they were able to take a slender lead in at the interval thanks to McAlinden’s close-range effort.

Town were a different proposition after the break though and two half-time substitutes combined to haul them level with Woolery linking up with Norris before marking his debut in perfect style with a goal.

Both sides had chances to win the game late on but it finished all-square with the Reds still unbeaten in the league in 2017/18.

In what was his first home game in charge of the club, Dave Flitcroft made two changes from the side that pushed Norwich City all the way in the Carabao Cup on Tuesday evening with Conor Thomas and Tom Smith dropping to the bench.

Amine Linganzi shrugged off a minor groin injury to take his place in midfield, while Donal McDermott returned from a short lay-off to make his debut for the Reds. 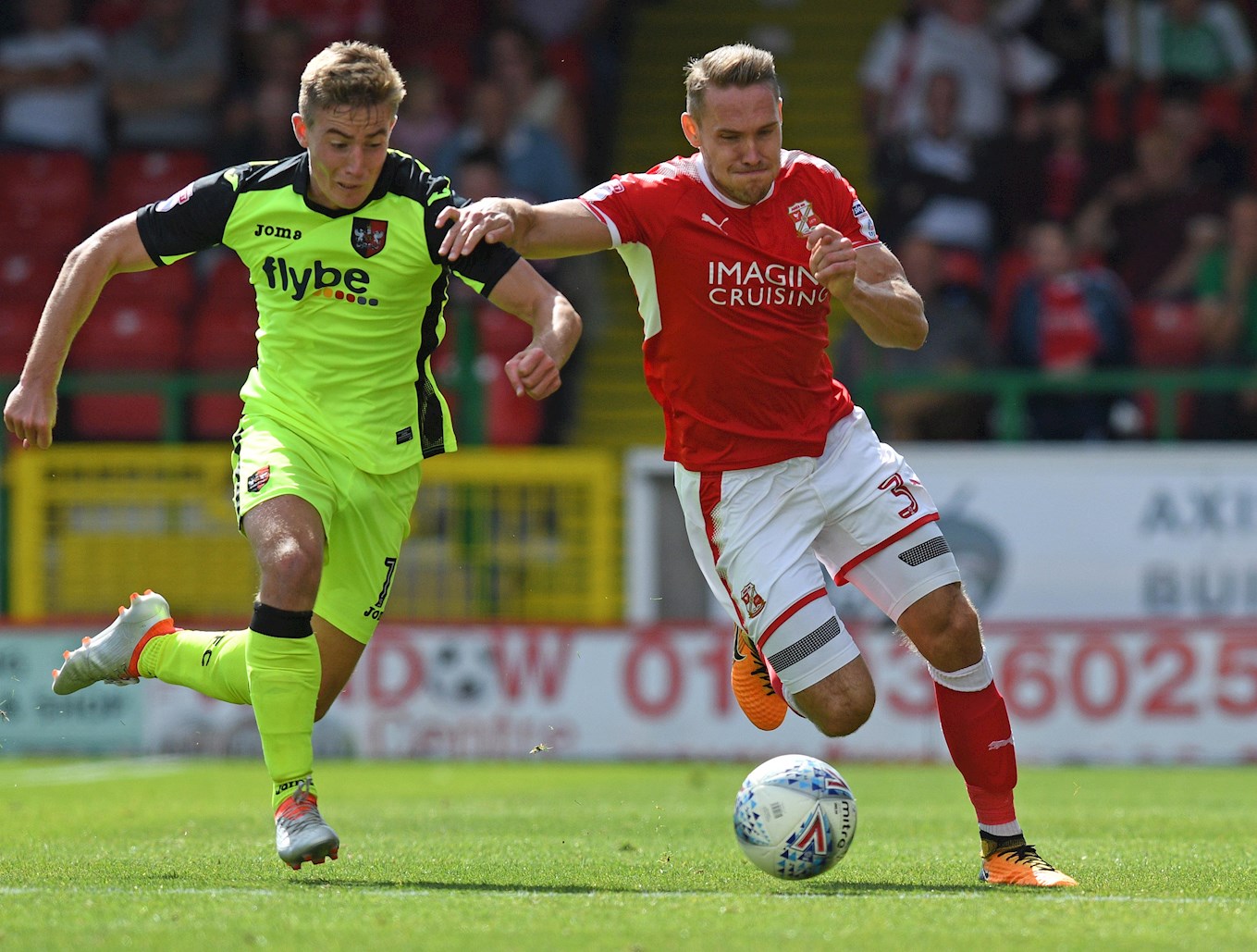 Harry Smith led the line in a 4-2-3-1 formation with the Reds with Paul Mullin, McDermott and Brophy sitting in behind him, while James Dunne and Linganzi were tasked with protecting a back-four of Ben Purkiss, Chris Robertson, Olly Lancashire and Chris Hussey.

Luke Norris and Dion Conroy both made quick recoveries from shoulder injuries to take their place amongst the substitutes, whilst there was also a spot on the bench for new recruit Kaiyne Woolery.

Town were hoping to impress in their home opener but it was their guests who started on the front foot with Lee Holmes seeing a shot deflected behind, before Jordan Tillson warmed the palms of Lawrence Vigouroux with a drive from the edge of the area.

It was then the Reds’ turn to go on the attack with Hussey’s dangerous corner forcing Christy Pym into action, before Smith lashed an effort into the side netting.

Exeter began to impose more pressure on their hosts though with Reuben Reid sending a tame volley at Vigouroux, who performed heroics moments later to somehow claw Troy Brown’s close-range effort off the goal-line with David Wheeler scooping the rebound over.

City’s early pressure paid off though and they took the lead just shy of the half-hour mark after winning a succession of corners.

Moments after Hussey saw his inviting free-kick parried away to safety by Pym, the Grecians broke downfield at pace and although Vigouroux was able to tip Reid’s powerful drive onto the post, Liam McAlinden was in the right place at the right time to tap home on the rebound. 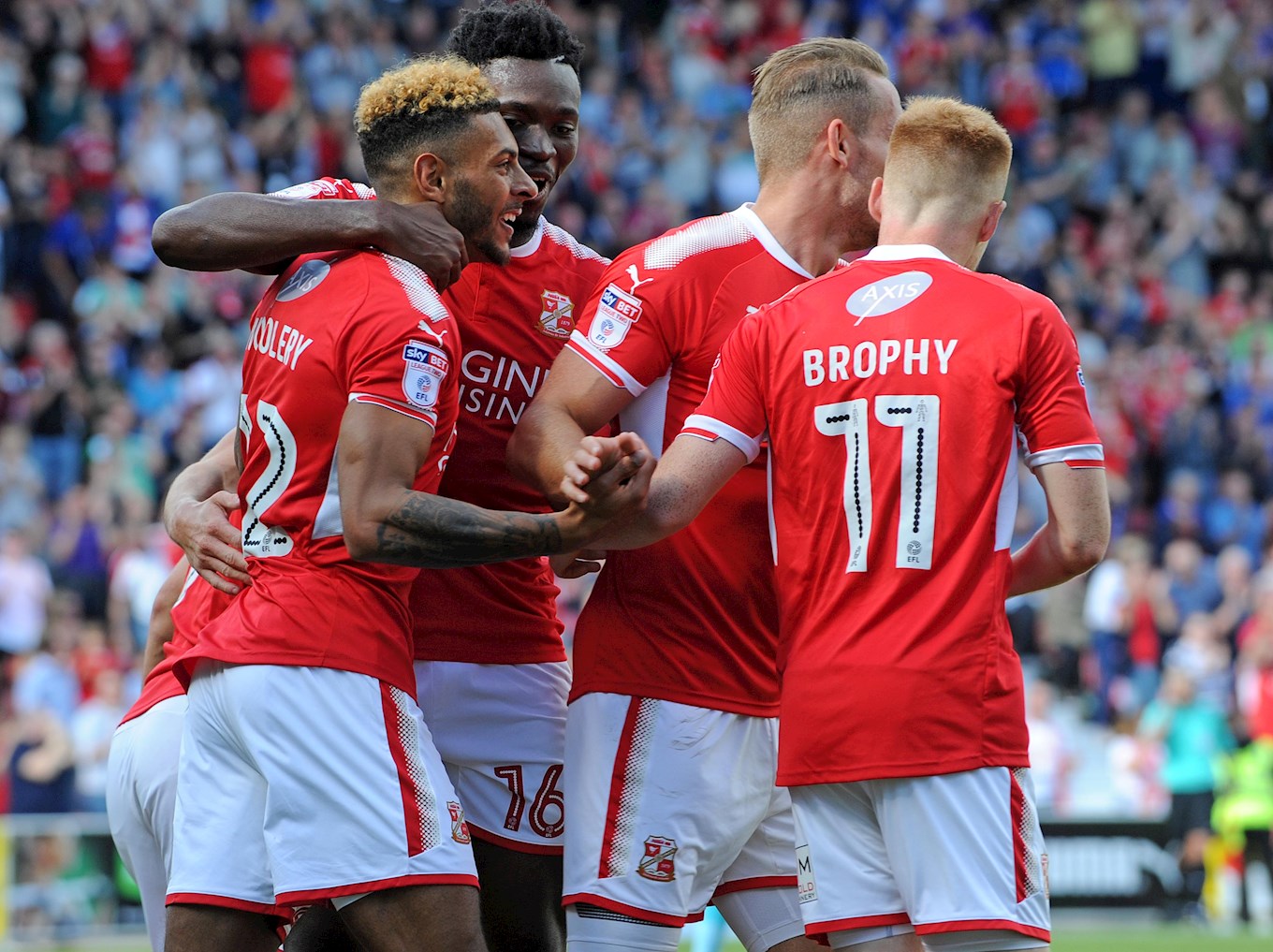 Town hit back immediately or at least they thought they did with Hussey’s wicked cross looping into the back of the net after hitting Pierce Sweeney, but the referee decided to rule out the goal due to an apparent handball.

The Reds were simply struggling to find their groove and they were left to breathe a sigh of relief on two occasions before half-time.

Tillson nodded over at the back-post after rising highest to meet Sweeney’s pinpoint cross, before McAlinden curled wide with his goal proving the difference at the break.

The Reds had to survive an early scare though with Vigouroux reacting well to keep out Holmes’ shot, while the Grecians did well to put a stop to a swift counter-attack move at the other end.

It wasn’t long before Town sprung into life and they went close through Norris who warmed the palms of Pym with a fierce effort after showing superb strength to beat his man.

And that proved to be a sign of things to come with Norris playing a key role in Town restoring parity just shy of the hour mark, the striker being found by a Brophy header before setting Woolery free who coolly tucked home a debut goal.

Woolery was causing all sorts of problems with his blistering pace and he got in behind the Exeter defence again, only to be denied by Pym who was out quickly. 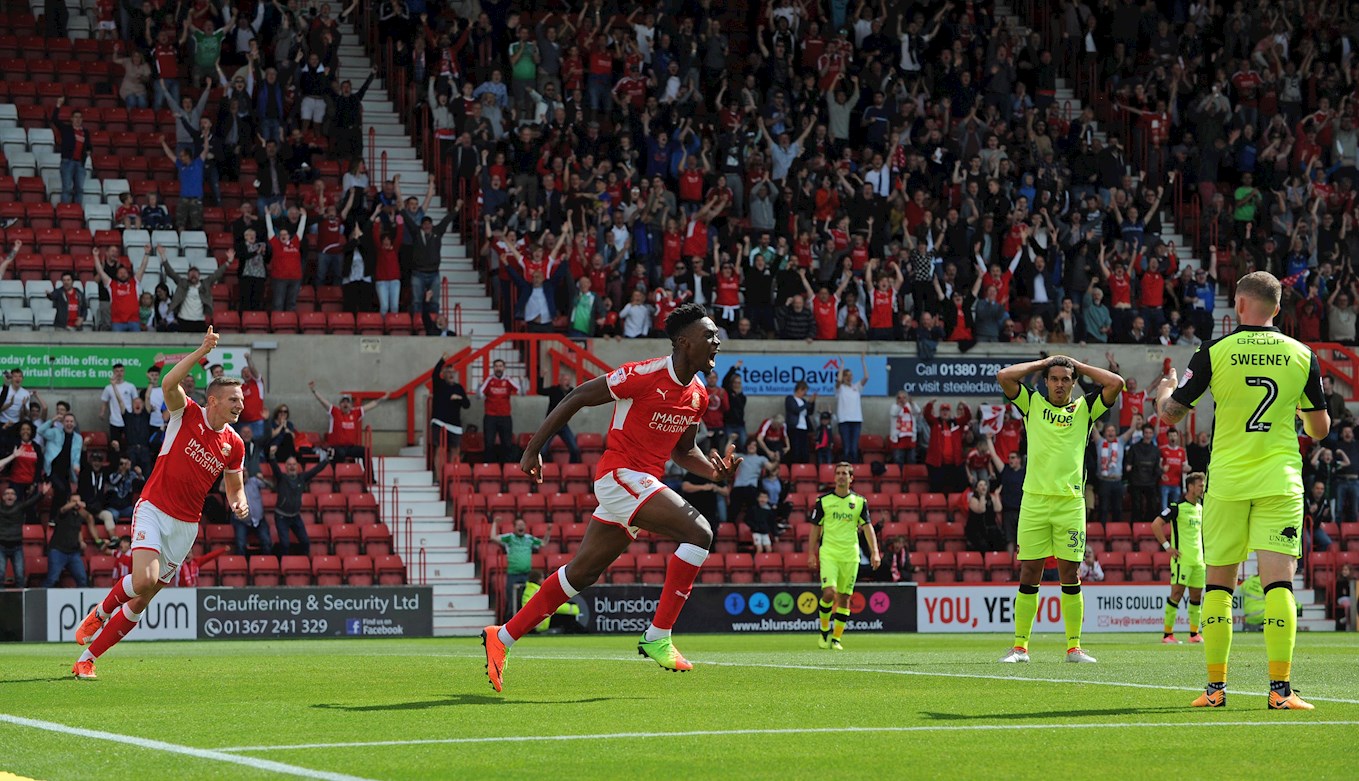 Town were doing most of the running in the latter stages of the second-half as they searched for a winner, although they were given a brief scare with Jake Taylor hammering wide after being teed up by Reid.

Jack Sparkes then sent a thunderous effort against the post moments after coming on with both sides attempting to throw everything forward in a bid to find a winning goal.

Swindon opted to make one last change in the dying minutes with Conor Thomas replacing Brophy.

With the home crowd urging them forward, Town continued to search for a late winner and they were creating opportunities with Linganzi heading over.

Exeter had one final chance too as Holmes forced Vigouroux into a superb stop, with both sides having to settle for a share of the spoils in the end.


Swindon Town put in an impressive performance to beat Arsenal U21's 2-1 in the Papa John's Trophy at The County Ground this evening. 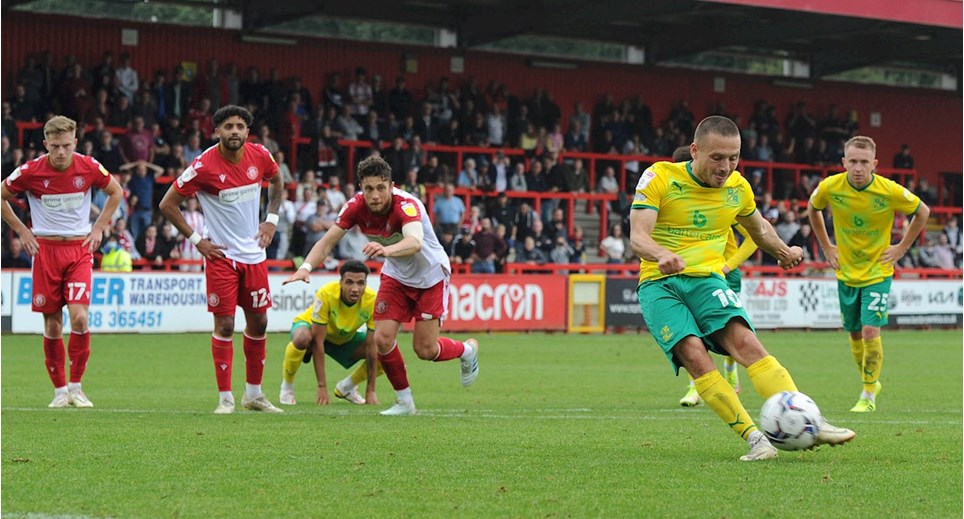 
Swindon Town struck at the death to secure a share of the spoils in a dramatic 1-1 draw away at Stevenage in the EFL Sky Bet League Two this afternoon.