Luke Norris was our cover star in Saturday’s edition of ‘Red Review.’ We caught up with the striker for our feature-length interview and you can read the programme article in full right here…

If someone would have offered you seven points from a possible nine before the season had started then you would have snapped their hand off, wouldn’t you?

Most definitely. We’ve started with two tough away games and games against two teams who were in the Play-Offs last season, so anyone would have taken that return at the start of the campaign. It just shows the start we’ve made in the league and knowing we’ve taken seven points from three real tough games is a positive.

And to go away to Morecambe last weekend, keep a clean sheet and grind out a 1-0 win was impressive, wasn’t it?

When you look back on those games, no one remembers the performance but you just remember that we’ve got three points away at Morecambe, which is what you need to do in order to progress and get out of this league. 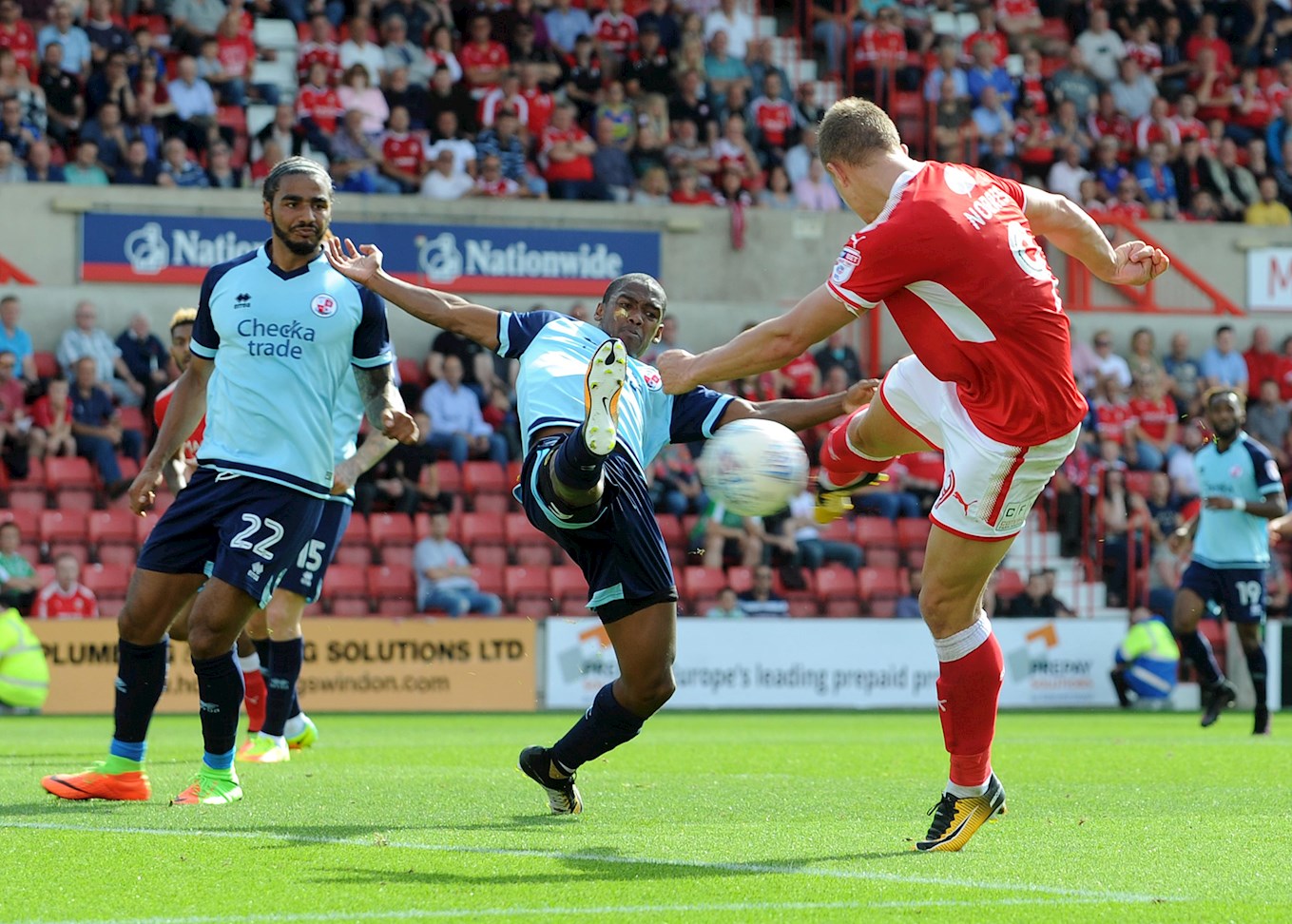 It is early days but does being top of the table at this stage give the boys some confidence?

There is a hell of a lot more football to play and a lot can change in 43 games. We’re just taking each game as it comes and we’re not looking forward to how many games we might win next month, all that matters is the game today. If we carry on the way we are then I think we will stand a good chance this season.

You are one of a few surviving members from last season’s squad, just how much has things changed around the football club over the summer?

Everything has changed. The manager has come in, we’ve got a fantastic Fitness Coach in Chris Neville and we’re very lucky to have his knowledge. We are being looked after at the The Wiltshire Hotel and everything is positive. We’ve got a training centre where we are based every day, we’re not in different places and it feels more of a club this season. There is a real togetherness now.

Let’s move on to you now and it was a mixed opening day for you wasn’t it?

You never want to be forced off in the first game because you’ve worked so hard over the summer and I was thankful to be starting the first game of the season. That was my aim and to get a goal in the first-half was a great start to the season. Luckily enough I’ve got away with the injury and hopefully now I can kick-on. 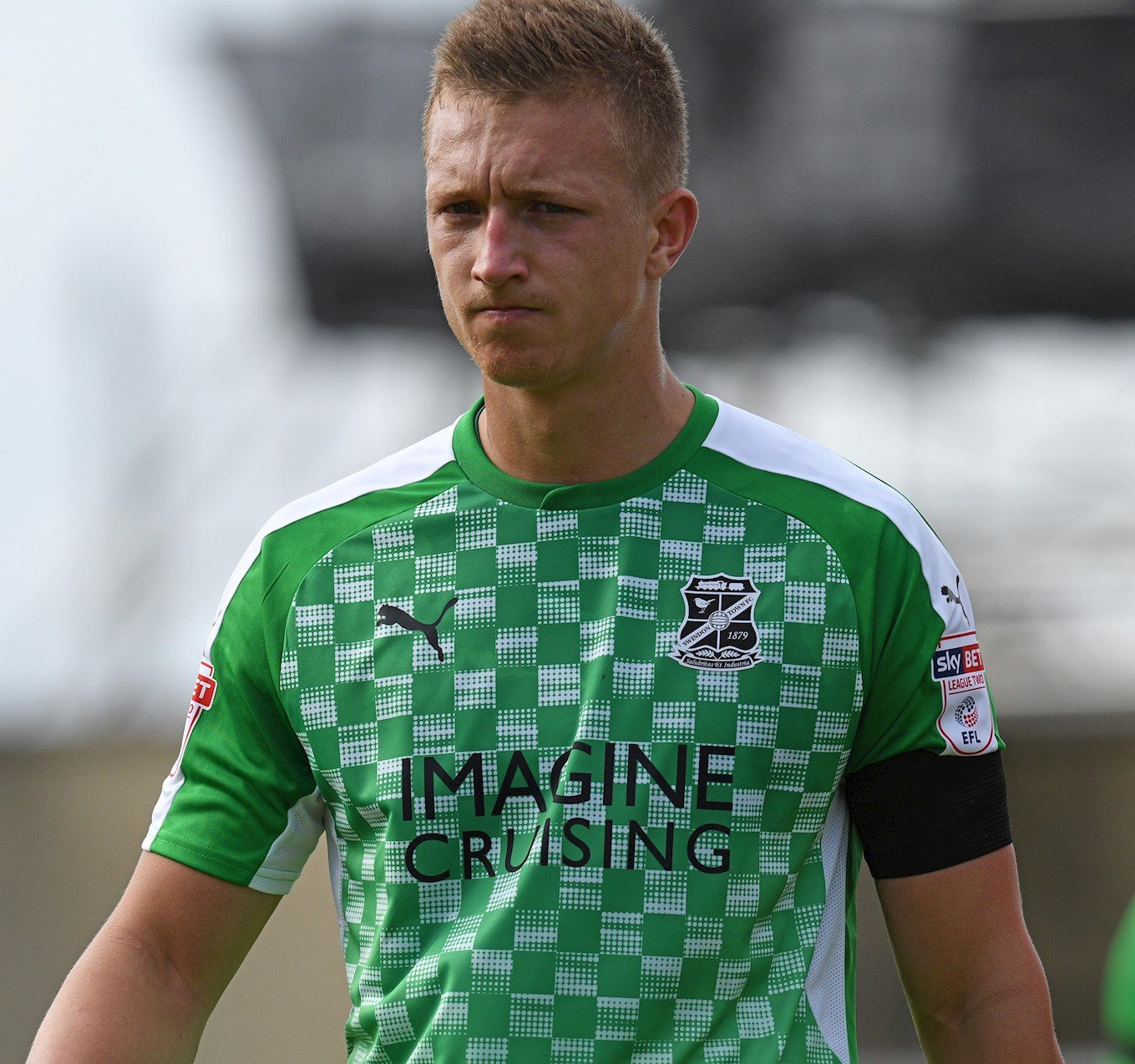 Just how important was that goal against Carlisle for you on a personal note?

I got off to a poor start last season and I took a lot longer to score than I wanted to, so for it to happen in the first game this time around was great and to get another goal against West Ham has made it a positive start. Hopefully I can continue that.

You have really impressed with your all-action and committed displays so far this season, is the aim now to keep that up whilst finding the back of the net on a regular basis?

Yeah, definitely. We have got some competition up front this season and we are very strong in that area, so if I’m not performing then there is going to be someone hot on my heels waiting to take my shirt. I’ve got to perform week in and week out and I know it is an important role, it is vital to the way the manager wants to play so as long as I can keep him happy then I’ll be happy.

You mention those wealth of forward options, how have you found playing alongside the likes of Paul Mullin and Kaiyne Woolery so far this season?

They are top players, top lads, we all get on really well and they will bring a new dimension to the team. Paul and Kaiyne bring that pace and power whereas Smudge (Harry Smith) and myself are more of a target. It works really well and we’ve not had a blank yet, we’ve scored in every game and it has been a positive start for the forward players. 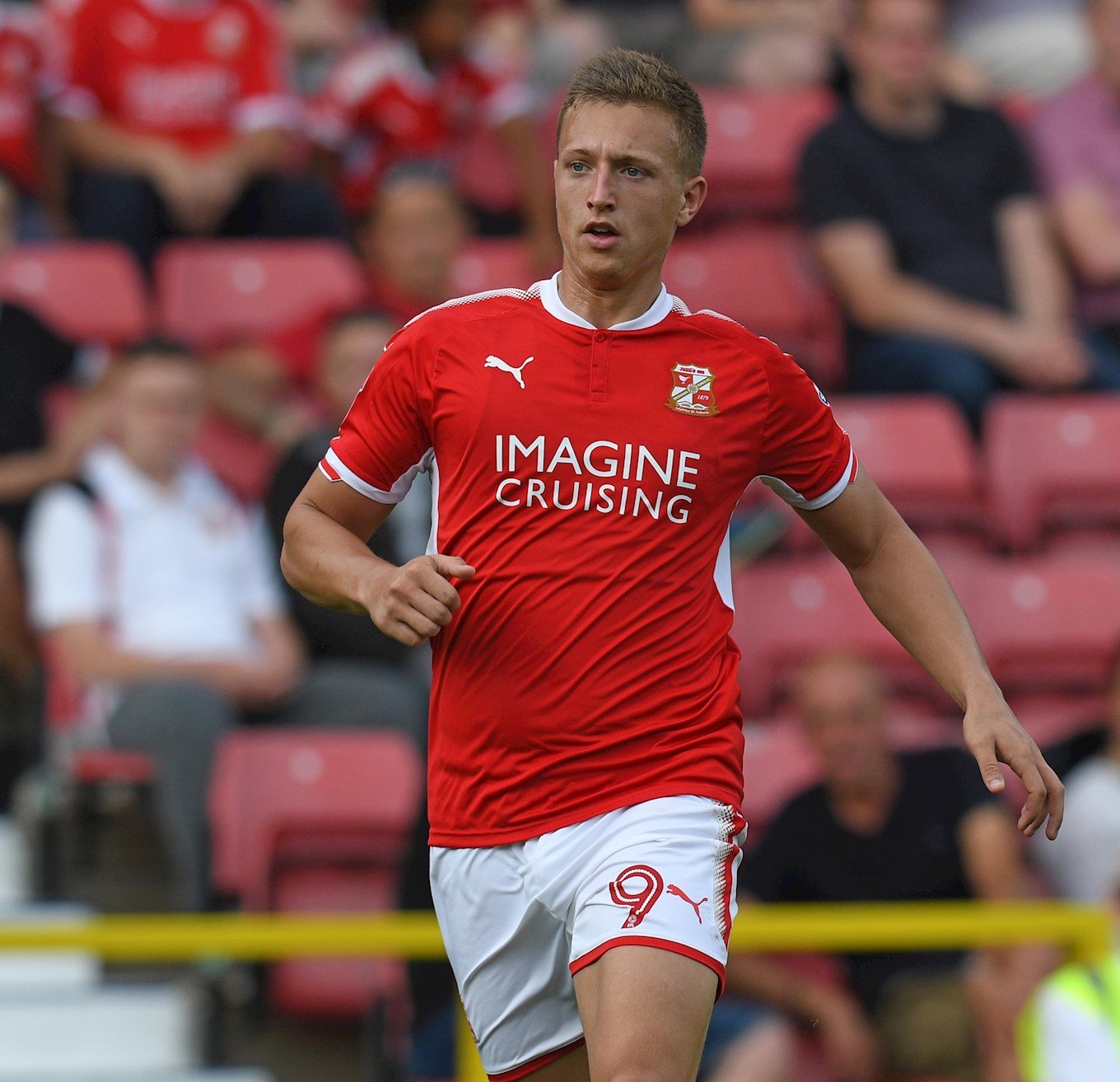 Former Premier League star Matt Taylor became the latest fresh face through the door at SN1 this week. His signing symbolises what we are trying to do this year, doesn’t it?

He’s done it at the highest level so having that experience come in means everyone can learn off him and it is a great signing by the manager. Matty will help us improve as a squad.

We now have back-to-back home games and it is a real opportunity to keep this good run going and put some points on the board isn’t it?

We’ve got to aim for six points from our next two home games because the home games are the ones we have to win if we want to go up. If we can keep our home form strong and get wins here, then teams will be worried when they come to The County Ground.

“For it to happen in the first game this time around was great and to get another goal against West Ham has made it a positive start.”

Finally, Crawley have had a poor start this season but they will be going all out to put that right this afternoon. How much of a tough test will today’s game be?

It is always hard playing against sides who haven’t won yet because they are so desperate to get points on the board and every game this year will be tough, but today’s game will be one of our toughest tests so far knowing the pressure they are playing under.