Swindon Town Boss Dave Flitcroft spoke to members of the local press in the wake of our 3-0 defeat to Crawley Town earlier today.

“I’ve not seen the result coming from a preparation point of view this week. We’ve discussed about playing at home and energising the fans and we certainly tried to do that for half-hour.

“When we didn’t score and they did I never in a million years expected us to down tools and not be able to recover.

“At 1-0 down you’ve always got a very good chance of getting on the scoresheet if you keep on doing the right things and if you keep on ploughing away, but they folded and the second-half didn’t represent anything I am about and anything Swindon Town is about.

“I’m really disappointed in that.

“We potentially may have gone and chased the game too quick at 1-0 down and I’ve got to look at that myself - I will analyse that over the weekend and on Monday.

“The second-half was unacceptable and I can only apologise for that.

“I’ve said to the players that we’ll dissect it on Monday and make sure it doesn’t happen again.

“That’s my guarantee as a Manager to do that.

“It has happened, it is the first time it has happened on my watch and I’ll deal with it in the way I know how and we’ll move forward, that’s all we can do.

“I can’t really do anything about that performance now but in the future I can certainly affect what I do as manager and what my players do.

“We got it wrong today but I certainly won’t hide behind anything and we’ll make it better.” 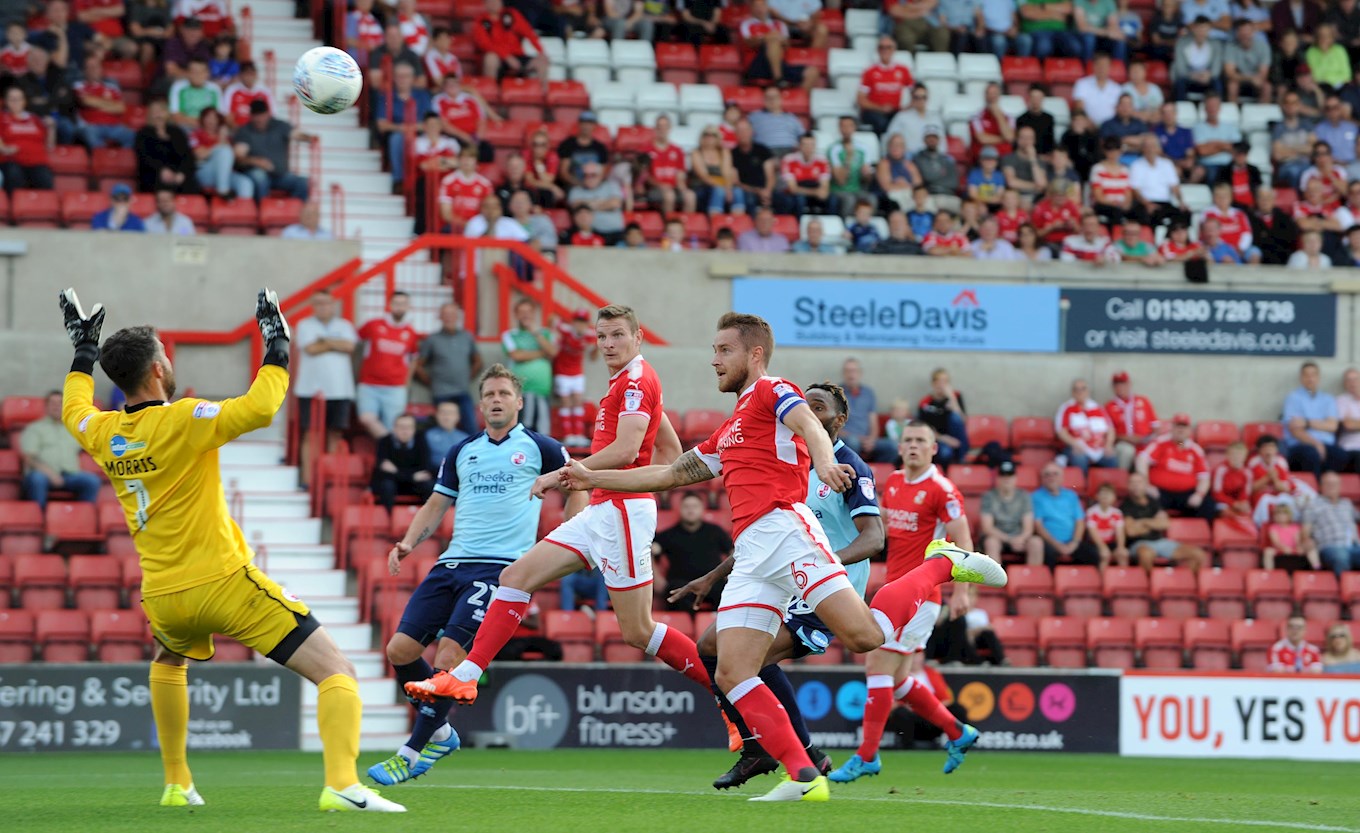 ON BEING RUTHLESS AT BOTH ENDS OF THE PITCH:

“You can’t get frustrated with it and you have to be ruthless.

“Lads put their hands up at half-time for missing glorious chances, which I’m asking the lads to do, and if you are conceding three goals and Vigs (Lawrence Vigouroux) isn’t in miraculous form, then it could have been more.

“That means you aren’t defending properly as a team, as individuals, as a unit and we’ve got to get back on the training ground and eradicate those mistakes.

“We’ll shut the game down on Monday and make sure we go through it before moving on to Barnet.”

ON CHANGES MADE DURING THE GAME:

“Every time you make a substitution you have potentially pre-planned it and it is always an option to slide Mulls (Paul Mullin) in more and get him closer to Luke Norris.

“I’ve told the players that I don’t class them as substitutes, I class them as impact players, it is a different mind-set and sometimes substitution can be a negative word.

“I want them to be impact players and we didn’t get that impact.

“We looked all over the show structurally in the last thirty-minutes, so that is something we can eradicate and the players certainly want to do that.

“We’ll make sure we get back on the training ground and do that.”

“The second-half was unacceptable and I can only apologise for that. I’ve said to the players that we’ll dissect it on Monday and make sure it doesn’t happen again."

“It is our first defeat in the league, it has happened now and we’ll support that group and I’ll certainly forgive the group and I’ll forgive myself.

“I’m aching to give the home supporters the points that they deserve.

“They have come in, they have stuck behind the team, they’ve been firmly behind the team and we’ll make sure we find the connection between the fans and the players because that’s going to be very important if we are going to be successful this season.

“We were going to get beat but under no circumstances do you want it to happen in that manner.

“It has happened and I can’t affect the past but I can affect the future and that is something I’ll be aching to get right over the next 24 hours so we can flush it out and move on to next week’s fixture.” 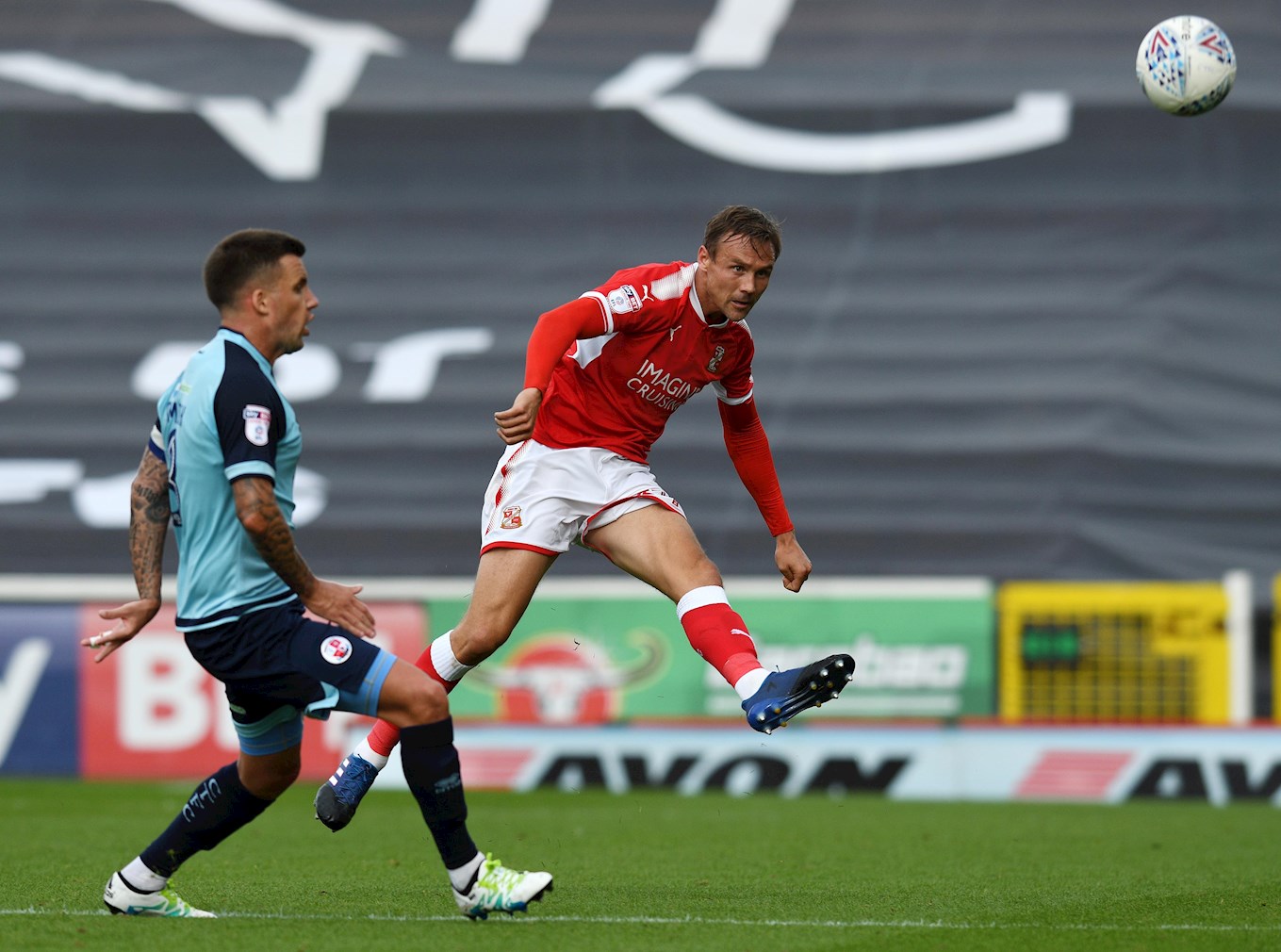 “It allowed Crawley to be very effective in what they did and we’ve got to have a look at that.

“It was a very difficult afternoon for Matty coming on the pitch with that level of performance.”