Dave Flitcroft declared himself thrilled after overseeing a 2-1 victory against Carlisle United this afternoon to land his first three points as Town Boss.

Speaking to the local press in the wake of the opening day success at Brunton Park, the gaffer gave his views on a number of subjects relating to the game…

ON THE WIN AND PERFORMANCE:

“Togetherness was the biggest thing I would take from today and it is something we have been trying to promote since day one.

“At times we haven’t been together, there are days where it looks disjointed but we’ve had a lot of days where it has looked like we are together as a group and that showed in abundance today.

“Carlisle have been building to get out of this league for three years and they haven’t managed to do that, so they are one of the league’s favourites and there’s no doubt about that.

“We had a goal disallowed and every time we went on the counter-attack we looked like we could score potentially.

“Lawrence (Vigouroux) pulled off a couple of saves but apart from that and a couple of long crosses that went into the box, I was really happy with how we shaped up and the structure of the team was fantastic.”

ON LUKE NORRIS’ GOAL AND INJURY:

“His shoulder popped out and we are not sure if there is nerve damage after it was popped back in.

“We’ll have to get him to hospital and find out. 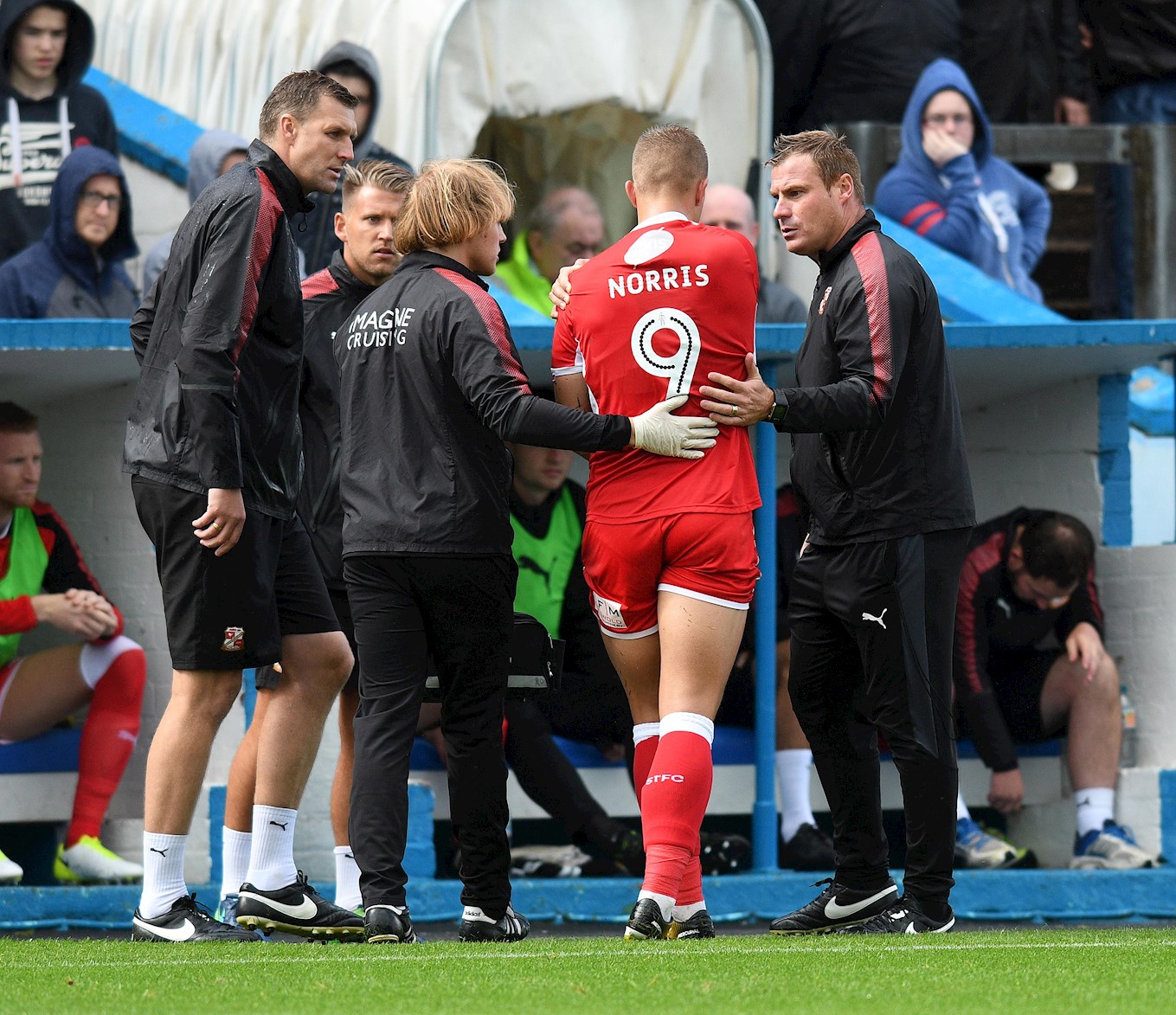 “When the shoulder pops out you’ve got the potential for there to be nerve damage and ligament damage, so we’re just hoping that it is not that and it has gone back in successfully.

“He was in a lot of pain at half-time when I saw him but it just shows that commitment to each other and the commitment to the cause.

“Chris Hussey’s set-pieces will be the best in the league, nailed on, and you’ve got to be aggressive with them and it was a real aggressive run by Norris to get in there and score.

“Sometimes that commitment can see you come off worse but that’s what I’m asking for.”

“You will get your reward and I always believe that.

“He gambles, he anticipates inside the box and I had to move him around the pitch today. We could have done with a couple of Paul Mullins’ on the right side and one down the centre, but when I moved him he was less effective down the right.

“He’s certainly got an incredible enthusiasm for football and he expressed that today.” 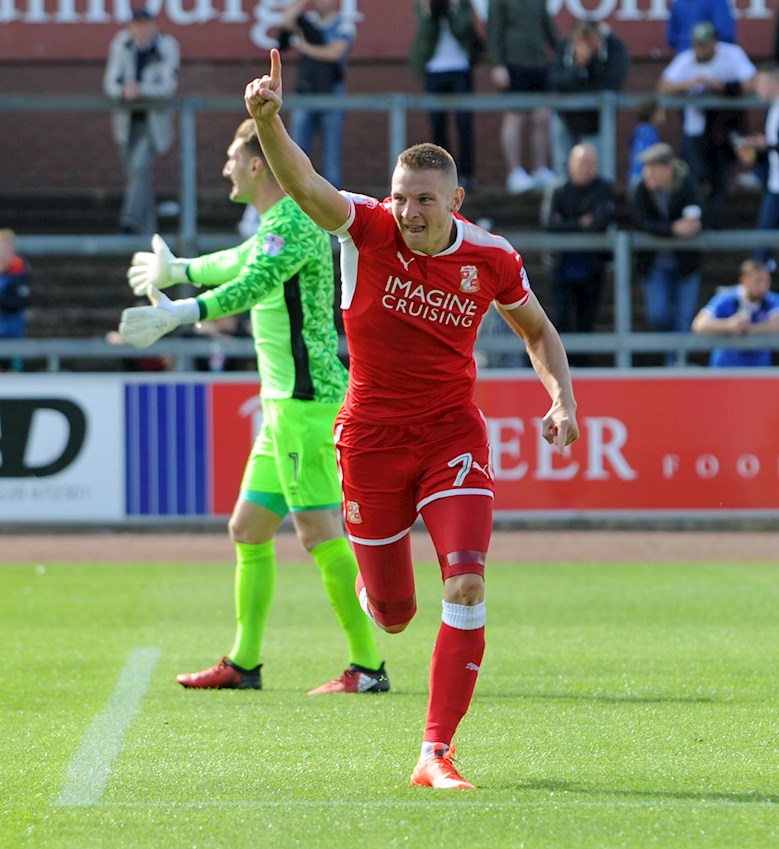 ON A TOUGH LAST HALF-HOUR:

“I suspect it will be one of our toughest tests this season but they are all going to be tough.

“That’s six weeks of really tough work and they’ve put a lot of hard miles in. It was hot in Portugal at night sometimes and we were doing tactical work where keeping that ball out of the net was the absolute fundamental goal.

“We’ve got that in abundance and I’m just gutted that Lawrence hasn’t got his clean sheet today because that’s something as a group they want to get for Loz and we want to get for the team.

“We’ve not achieved that today and that is probably the only thing I’m disappointed about.”

ON THE OUTSTANDING AWAY SUPPORT:

“It felt like a new era from the start of the game, it really did and the lads warming up felt the force.

“Our supporters travelled all the way up and they had an energy and an enthusiasm and they were amazing after the game.

“Those are the moments you want to give to the supporters and send them back on a six-hour journey with three points and something to really look forward to.

“We will have to get back to the club and see what we can do for the supporters that missed out today.

“I’m gutted that they missed out on this win but what I can tell them is that the fans that were here were absolutely outstanding and they completely outshouted the Carlisle fans.” 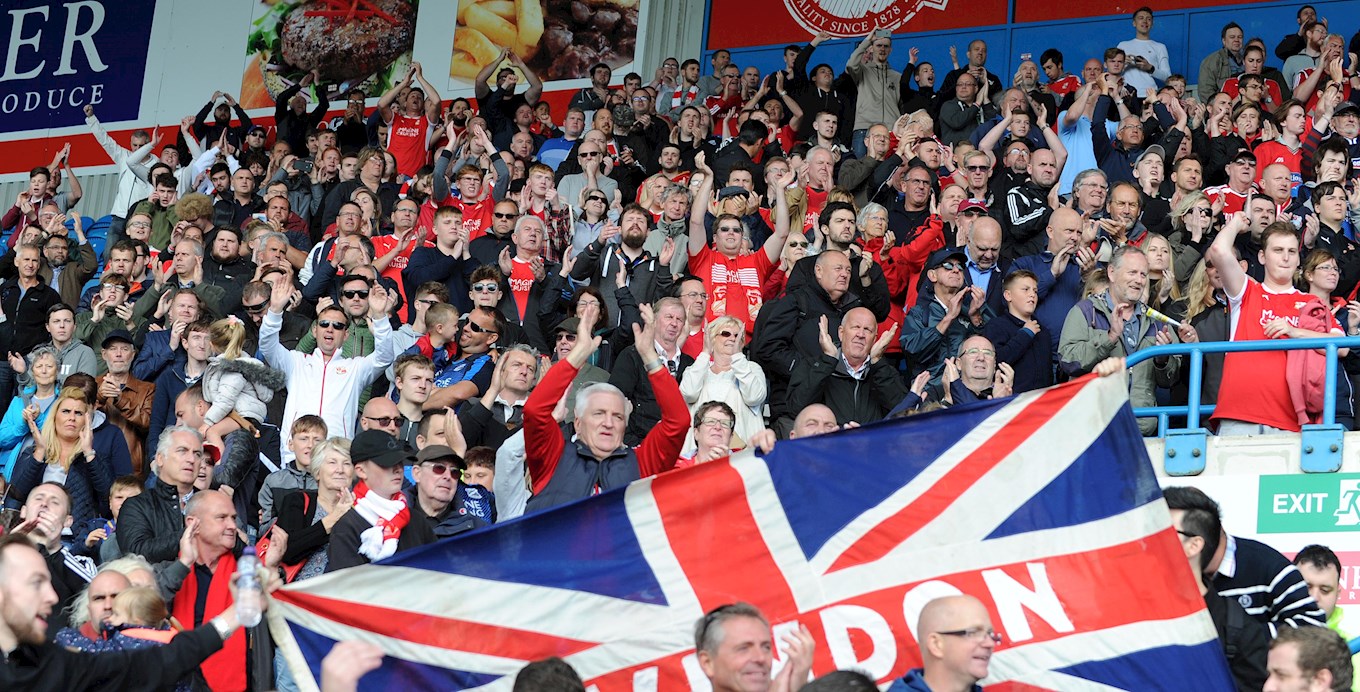 ON TAKING ELLIS IANDOLO OFF:

“It was an easy decision because it wasn’t personal and I’ve told the players from day one that any substitution I make isn’t personal.

“Ellis went on with a clear directive and it wasn’t working for him. Sometimes you get that where the game passes you by and the last thirty minutes wasn’t a game that could pass you by, it was all hands to the pump and everyone sticking together and staying together.

“Ellis just found himself in a momentum where he couldn’t catch up so I took the decision to put Conor Thomas on.

“Listen, I’ll get things wrong this season and I got that substitution wrong but I had a chance to put it right and what I said to Ellis was that he was part of a winning team, he came on and he’s been part of that.

“It is never personal and I’m hoping Ellis forgives me and we can move on.

“I will work hard on that relationship, I’ve got kids myself and if that happened to my kid I would be gutted for him, but I would tell him let’s move on quick and crack on with it.

“It is a man’s game, it is built for men and we’ve all got to man up and that’s something I’ll be telling Ellis over the next couple of weeks.”

ON BEING WITHOUT DONAL MCDERMOTT:

“He’s picked up an injury. His foot got caught in the turf and he’s twisted his ligament, but we’ve had a good response

“He was working with Chris Neville, the Head of Performance Coach, this morning because Donal is important to what we are doing and he’s pain free in the work he’s done today.

“I’m delighted with that.

“It is a ligament strain so we’re not too sure what the timescale is but it is good news that he’s on the mend.”