Ben Futcher expressed his pride after seeing his squad push a very strong Norwich City side all the way in the Carabao Cup this evening.

Speaking to the local press in the wake of the 3-2 defeat at Carrow Road, Town’s Assistant Manager gave his views on a number of subjects relating to the game…

“The lads were fantastic.

“We were 3-1 down in the second-half but the lads came out and gave it a right go and we had Norwich, who are probably one of the top Championship clubs, hanging on at the end.

“Their keeper has made some fantastic saves and the gaffer and myself are so proud of the lads.

“They’ve come here tonight and they’ve put on a really good show for the fans and for themselves.

“We’ve come up against a fantastic side and they showed a lot of respect towards us in the competition – they only made one or two changes from Saturday.

“They probably have one of the best squads outside the Championship and when they are popping it, it is difficult so the lads re-grouped at half-time, they got more on the front-foot, we made a couple of changes with Paul Mullin moving into a more central position and we caused them a lot of problems then.

“It was a fantastic effort by the players. “They are a top side, a top football club, but the lads have come here tonight and have shown what Swindon Town Football Club is all about.

“We were a bit unfortunate not to take it to extra-time or win the game.

“We’ve known Hussey for a very long time and he works very hard on his delivery.

“His set-pieces are probably as good as anything outside of the top flight, he’s that good, and we’ve got people who are willing to go and attack it.

“It is working well for us at the moment and every time we got a set-piece we looked a threat.

“Long may it continue.

“Norwich mark zonally so we worked on one or two things and luckily it paid off tonight.” 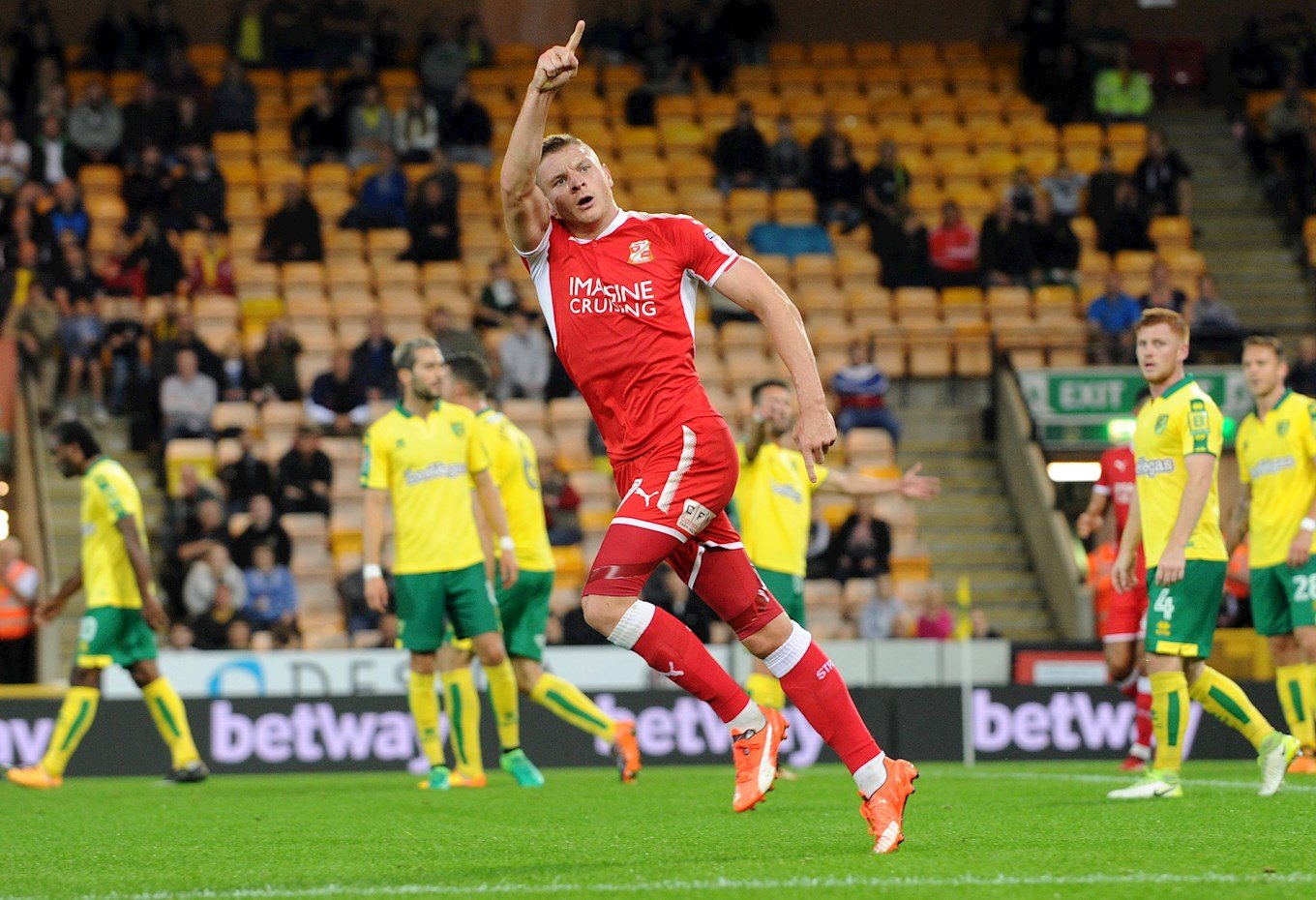 ON ONLY BEING ABLE TO NAME FOUR SUBS:

“We are where we are and all the young players have been with us throughout pre-season and we’re going to have to use the squad.

“Young Tom Smith has come in and done well, Ellis Iandolo came on and did really well, so we trust the lads and it is up to them to take their chance.

“The paperwork for Kaiyne Woolery wasn’t done in time but we’re not going to moan about it, that’s where we are.

“They’ve gone out there tonight and done the football club proud.”

“They are a top side, a top football club, but the lads have come here tonight and have shown what Swindon Town Football Club is all about."

“There were a couple of shoulders that came out on Saturday, obviously Luke Norris and Dion Conroy has also struggled with his shoulder.

“John Goddard kicked the bottom of someone’s boot and he’s got a swollen toe, so he wasn’t able to put his boot on.

“There were a few impact injuries from Saturday but hopefully they will clear up and we’ll get them back sooner rather than later.

“Hopefully they won’t be too long but there’s no point in taking chances at this stage of the season.”