Town Boss Dave Flitcroft spoke to the local press in the wake of our 3-2 defeat to West Ham United's U21’s in the Checkatrade Trophy this evening.

ON HIS TEAM SELECTION:

“I was always going to play a strong team in this out of respect for the competition, but to also look at some different units and combinations.

“It was good to get Noz (Luke Norris) and Kaiyne Woolery playing up together, we got some game time into Donal (McDermott) which I wanted to do so I played the team for certain reasons and we’ve gone out with that team with a view to Saturday’s game.

“We’ve just not got the result I wanted.” 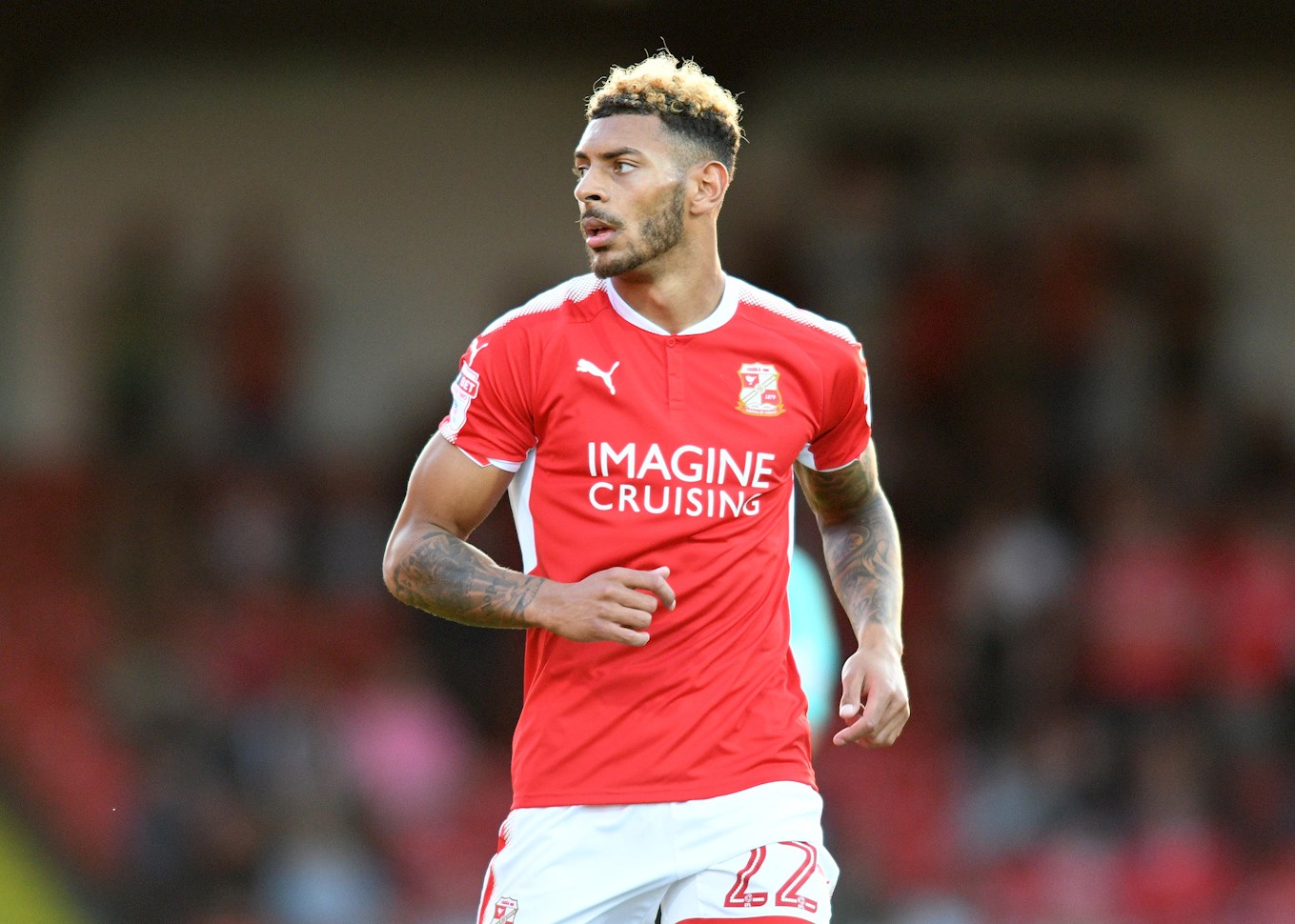 “We’ve looked structurally at the team to try and get them strong and over the last couple of days we’ve been working on how we pass through the team and how we pass out, but we got it woefully wrong tonight.

“We then recovered and looked strong in the last twenty-minutes of the first-half but we’ve had slow starts, it is only the Carlisle game where we’ve started at the pace I want us to start.

“That is something we’ve got to look at and try and understand.

“You learn from every game you play but we’re still in that phase at the minute where we are trying to improve and come out of it knowing the best eleven and knowing the combinations that work.

“That’s what we’re looking at.

“The goals we conceded were unprofessional and we’ve got to look at that, but it wasn’t for a lack of effort and a will to want to win this football match.

“Ben Purkiss produced a real professional performance, I thought Nozza was the player that I thought I was going to work with when I first came to the club and his performance was excellent.

“Some of Dion Conroy’s passing and range-finding was fantastic, Broph (James Brophy) lit the place up when he came on and he had an energy about him.

“There are a lot of positives but finding that in a defeat is really difficult.

“We’ll strip it back and we’ll get on the training ground and eradicate those mistakes.”

“We’ve looked at penalties in week five of pre-season and we had a competition. My thoughts on penalties are that you have a designated taker, but you also have a second one and a third one because your number one might not be on the pitch at that time.

“It is how you feel as well so you might not be having a great time in the game, so it is up to them to organise it and if you are having a fantastic time and your confidence is up then you step up and take it, but if you aren’t then it goes to the next one.

“We’ve had a look at that and Nozza has stepped up tonight and absolutely smashed it in.” 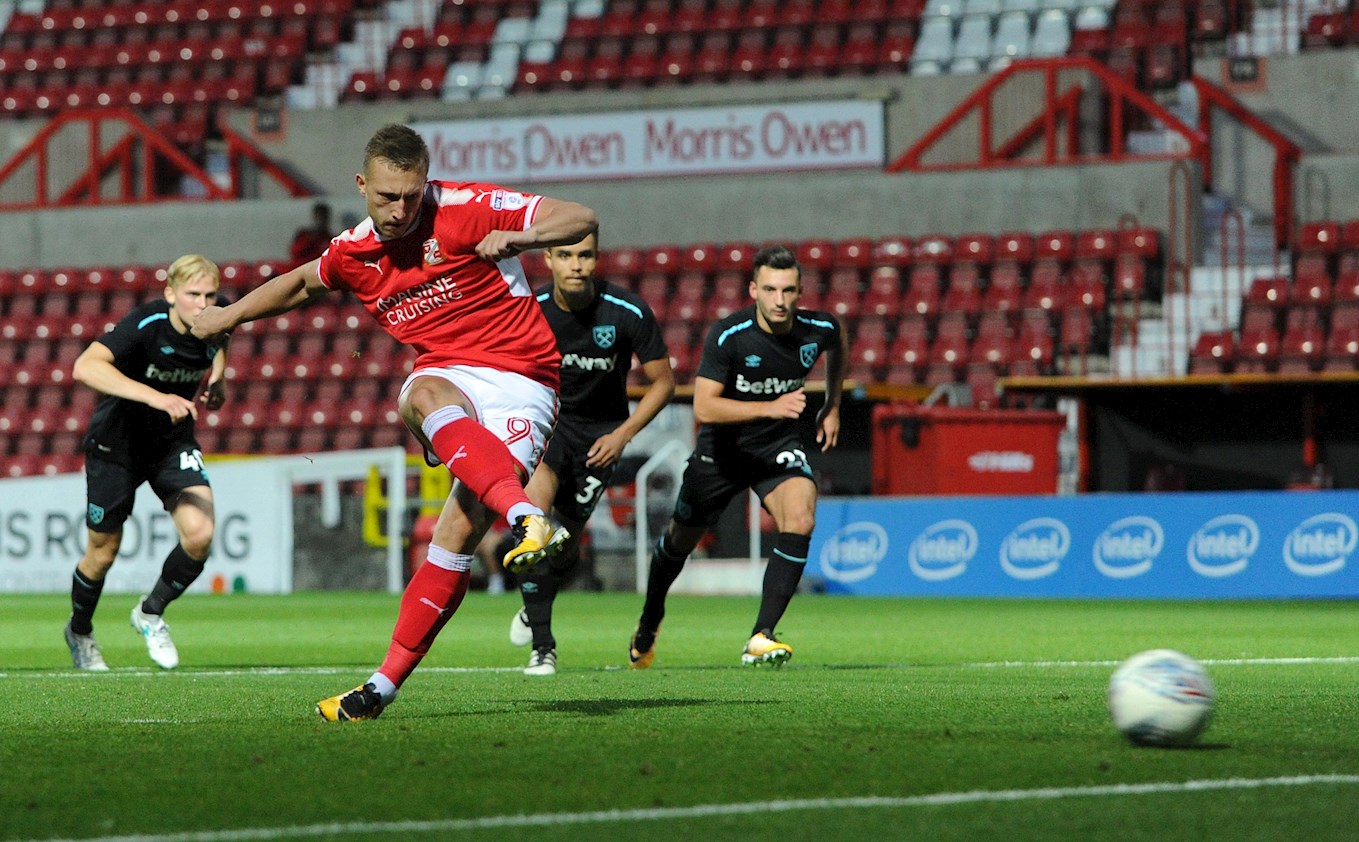 “We knew Chris Hussey’s delivery would be fantastic and we’ve been doing a lot of work with Mulls.

“He loves the work, he absorbs work and he’s a very good learner and you can’t get him off the training ground.

“He’s got a thirst to learn and get better and we do a lot of work with him on the training ground.

“I felt that Mulls would give us more than ten goals a season, that’s why we brought him in, but it is his energy, his desire and his enthusiasm for football that made me fall in love with him over the last two years.”

“There are a lot of positives but finding that in a defeat is really difficult. We’ll strip it back and we’ll get on the training ground and eradicate those mistakes.”

“Lawrence had a scan on Monday night on his Achilles. He went down in about the 80th minute on Saturday and we just feel that there is something in there and there is some discomfort.

“We got him checked out, we’ve had one radiologist read it and we’re hoping that it is an injury we can identify and rectify pretty quickly.

“It is something that I’ll leave to the professionals.”