A young Swindon Town side combined style with substance to finish their pre-season campaign on a high with a 3-1 victory at Chippenham Town tonight.

Jesse Starkey’s neat finish gave the visitors a dream start and Tom Smith put his side in the driving seat with a thunderous effort on the half-hour mark.

Scott Twine got in on the act just before the interval as a young Reds side produced a hugely impressive first-half display.

However, there was a shift in momentum after the break and Chippenham clawed their way back into the game thanks to a Will Richards header.

Town regained their composure though and, although the Bluebirds pulled another back late on, they were able to round off their summer campaign with a win.

With the opening day trip to Carlisle looming ever closer, the first-team squad were given a night off with a very youthful side lining up at Hardenhuish Park under the guidance of U18’s Manager Alan McLoughlin.

There were opportunities for the likes of Will Henry, Jake Evans, Tom Smith, Ellis Iandolo, Jesse Starkey, Jordan Young and Scott Twine to all impress from the start, while a mix of First and Second-Year Scholars made up the bench.

After surviving an early scare with Andy Sandell flicking an effort wide for the hosts, the young Reds took an early lead with just ten minutes on the clock after Starkey kept his cool to lift the ball over Jared Thompson and into the back of the net following a mix-up at the back.

Twine then tried his luck moments later but his shot from the edge of the area was straight down the throat of Thompson.

Town continued to keep their foot on the gas and, although Young was off-target with a wild effort, their hard work was soon rewarded.

After clearing their lines, Iandolo set Starkey free down the left flank with a sublime pass and the midfielder made the most of it, pumping the ball into the box where Smith was waiting to hammer home a second goal of the night.

And it kept on getting better for the visitors with Twine shrugging off a challenge to fire home on the turn just before half-time following a superb defence-splitting pass by Iandolo.

Chippenham came out with a point to prove in the second-half and they twice came close early on as Jake Andrews saw his drive deflected wide, before Will Richards sent a header over the bar from the resulting corner.

That pressure paid off however and Richards succeeded at the second attempt, powering home a bullet header from a corner.

It was one-way traffic from the home side and Henry had to be at his best to get down low and keep out another header from Richards.

Town eventually settled though and they went close to adding a fourth just past the hour mark thanks to a substitute.

Sol Pryce, who had replaced Iandolo earlier in the half, used his brute strength to move into space before flashing a shot inches wide. 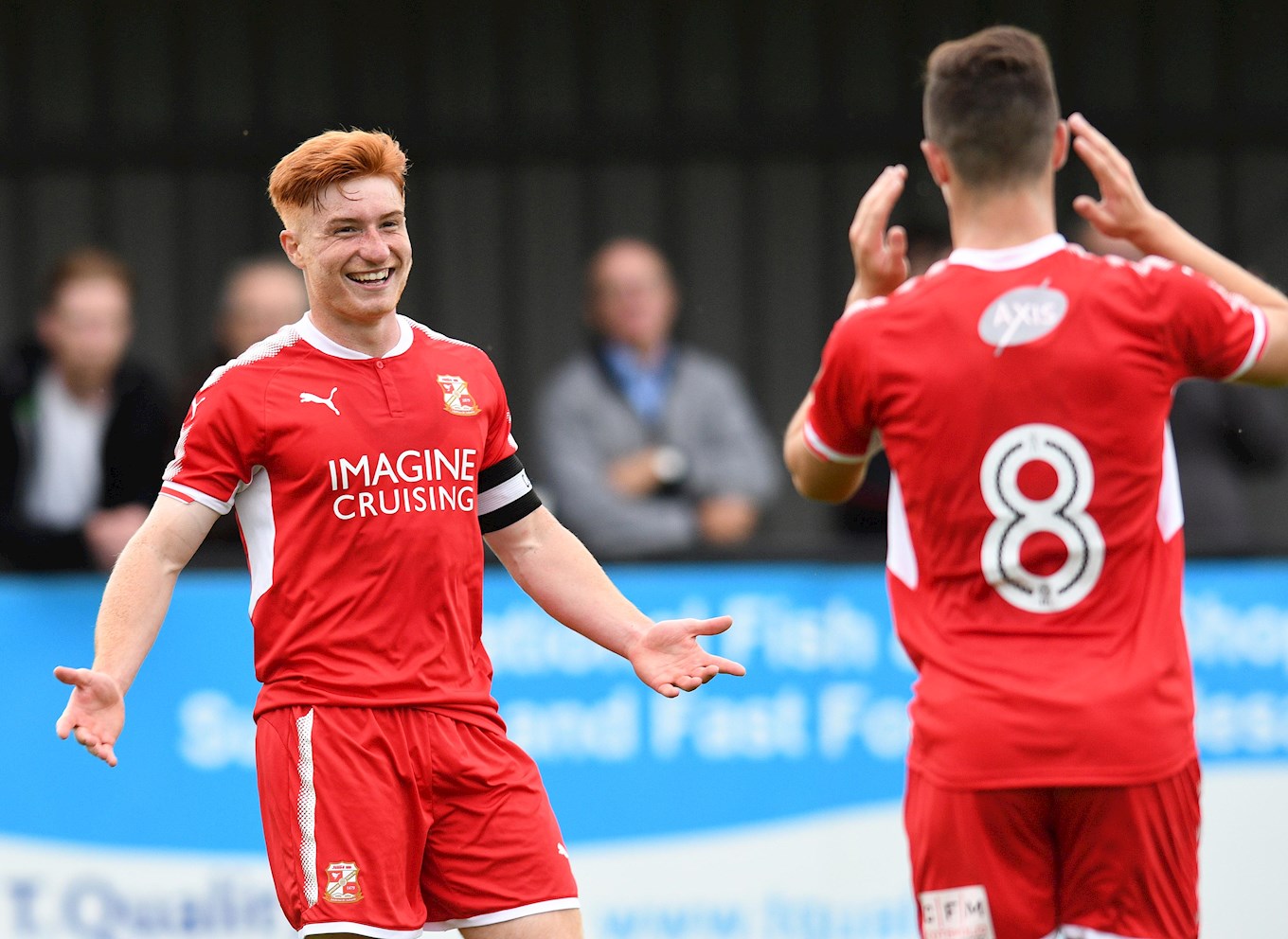 Evans then went closer as he controlled a clearance before unleashing a long-range volley towards goal, although Thompson did well to tip the effort wide.

There were chances right until the death with Chippenham doing their best to get into the game as Richards and Pratt were both denied, before Andrews sent a header over the bar.

Twine then had a golden chance to wrap the game up after seizing on a mistake to burst clean through on goal, but he could only plant an effort against the inside of the post.

That miss was punished moments later with Pratt lobbing the ball over the advancing Henry, although Town did enough to hold out for the win.


Swindon Town round off their pre-season campaign with a trip to Chippenham Town this evening.


Town’s U18’s Manager Alan McLoughlin was delighted with how the club’s younger players equipped themselves against Chippenham on Tuesday evening.


Swindon Town Football Club can confirm that Scott Twine has been recalled from his loan spell at Chippenham Town.