Harry Smith felt Town could count themselves unfortunate not to find themselves on the winning side against Norwich City on Tuesday.

The Reds pushed their Championship hosts all the way in the First Round of the Carabao Cup at Carrow Road, and they struck first thanks to Olly Lancashire’s first-ever goal for the club.

City hit back quickly though and they finished the first-half with a flourish to take a commanding 3-1 lead in at the break, but Town produced a strong and gutsy fightback in the second-half and they clawed one back through Paul Mullin.

Canaries stopper Angus Gunn was called upon to produce three great saves in the dying minutes to keep Town at bay, and Smith was keen to focus on the positives in the wake of his side’s cup exit.

“We were unfortunate not to take the game to extra-time, let alone win it so we’re happy with the performance but a bit disappointed with the result,” he said.

“Their keeper made a great save at the end and fair play to him, I thought once I knocked it down it was going to be a goal, but we’ve had our chances and unfortunately it wasn’t our day. 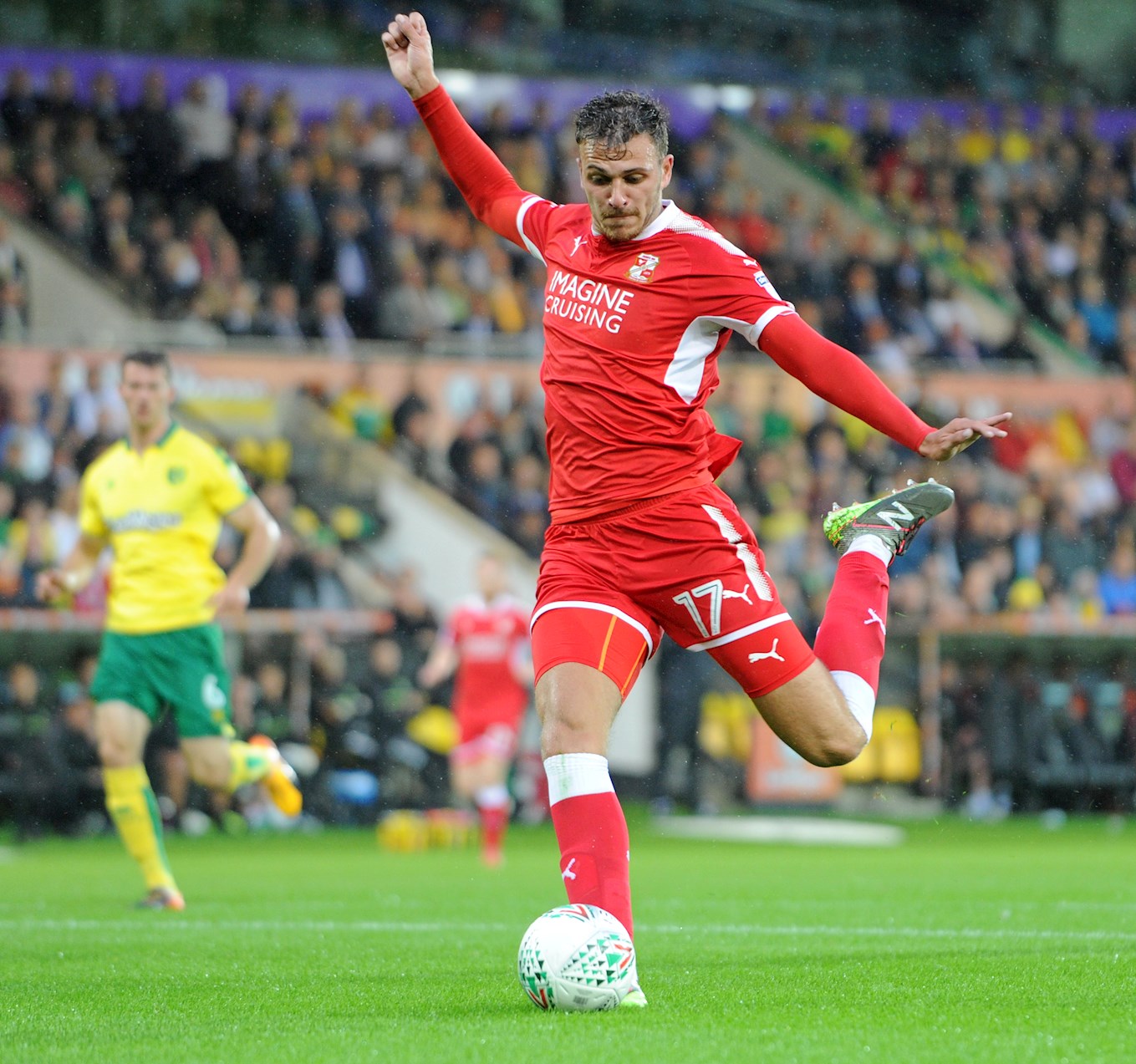 “Once we got our goal we should have seen it out but they hit back quite quickly and they got two quick goals after that, which were a bit sloppy on our part.

“We had a bit of a grilling from the gaffer after but we’ll learn from those mistakes and we’ll look to put it right on Saturday.

“We’ve travelled a lot this week so we’re looking forward to playing in-front of the home fans on Saturday and three points will be nice.

“Hopefully the fans will roar us on to a win.”

Paul Mullin made it two goals from two games with a bullet header against The Canaries, and Smith was full of praise for both his second-half strike partner and Chris Hussey, who contributed two assists at Carrow Road.

“It was nice to have someone alongside me because it was a bit of a shift in the first-half,” he added.

“You can see what Mulls brings, he brings a lot of energy to the the side and he has two goals in two games now.

“He’s a massive asset for us and we’ll look to use him a lot more.

“Once we got our goal we should have seen it out but they hit back quite quickly and they got two quick goals after that, which were a bit sloppy on our part. We'll look to put it right on Saturday."

“Chris Hussey has three assists now and he’s not shy about telling us as well!

“Hopefully that will continue and he’ll add more.

“He’s got such a great left foot and great whip on the ball and we look a threat from every set-piece with Huss on the ball.”

Finally, having grown up with him, Smith feels Town have another great forward option in latest signing Kaiyne Woolery.

“I know Kaiyne from when I was younger and he lives close to me so I know what he’s about,” he continued.

“He’s lightning quick and it is probably what we’re missing. He’s another great asset to have on the team.

“It shows what we’re trying to do this year and the signing of Kaiyne is a big statement from us.”