Olly Lancashire admitted that his side only had themselves to blame following their heavy 5-0 defeat to Luton Town earlier today.

Despite more than matching the league leaders in the first-half at The Energy Check County Ground, Town were outclassed after the break and they were handed their heaviest defeat of the season.

And Lancashire felt that he and his team-mates were guilty of deserting their game-plan after going a goal down so quickly after the restart.

"Luton are a good team and I thought we more than matched them in the first-half," he told the local media.

"The game-plan was going fine and then they scored two quick goals, the game-plan went out of the window and we started doing our own thing.

"It is very hard at any level to play when people are doing their own thing and come off the game-plan.

"That's what happened and it was a very long second-half.

"Fair play to Luton, they are a good team and they were very ruthless in what they did. They scored five goals off six or seven shots and they punished our mistakes.

"At 2-0 down you are still in the game but going 3-0 down to a team like Luton you want to keep it that way otherwise it becomes embarrassing.

"We can't explain the second-half. Again, we'll sit down and we'll try and get to the bottom of it.

"You have to feel for the fans. They expect a lot better, they hear about us away from home and for some reason we play at home and it isn't happening."

"I'll take responsibility for it as well. The Gaffer gives us a game-plan, we stick to it but then have a set-back and suddenly it changes and we have to look at ourselves. We were right in the game against a good Luton side who have been on fire since we played them earlier in the season, so we've all got to look at ourselves and look at what we can do better at home."

And Lancashire admitted that he is still puzzled as to why Town have been struggling to produce the goods at home this season.

"It is the million dollar question (our home form) and we've been asking it all season," he added.

"It is impossible to be top of the away league and be more or less bottom of the home form. If we were losing week in and week out you could say we were a bad team but away from home we've shown that we are a good team.

"We're still scratching our heads, we're halfway through the season now and we still haven't picked up our form at home.

"It is frustrating and there has got to be a reason why. As soon as we do get a set-back at home we seem to fall apart.

"I can't speak for everyone but this is a nice ground to play at, the fans have been good with us and they could have been a lot worse given we are losing a lot at home. 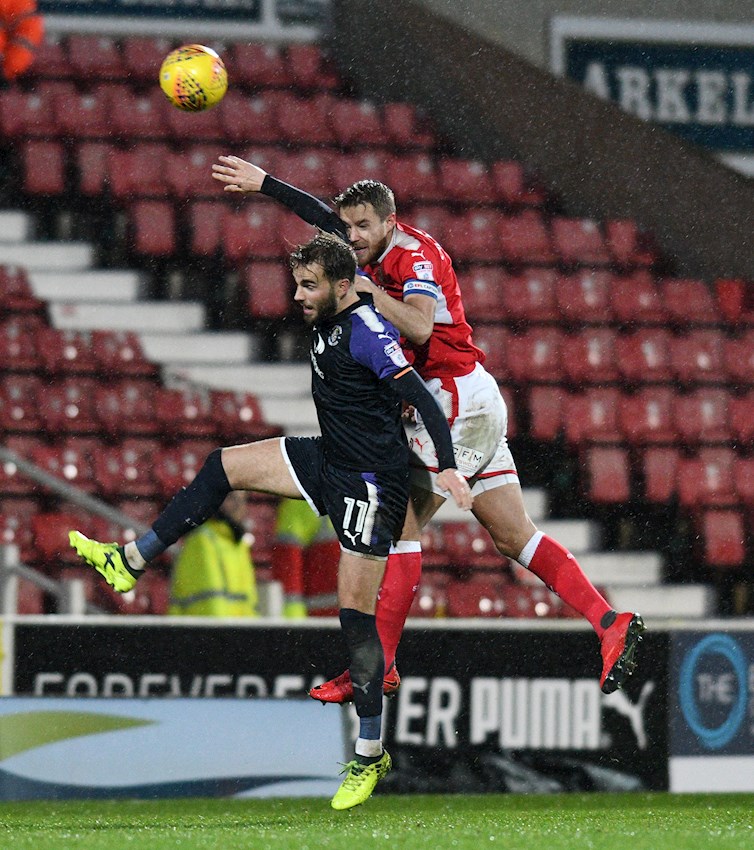 "There shouldn't be a fear factor but whatever it is we need to find out the problem.

"I'll take responsibility for it as well. The Gaffer gives us a game-plan, we stick to it but then have a set-back and suddenly it changes and we have to look at ourselves.

"We were right in the game against a good Luton side who have been on fire since we played them earlier in the season, so we've all got to look at ourselves and look at what we can do better at home.

"We're still scratching our heads and we're trying to find a formula to put it right.

"We're halfway through, 23 games in, we're on 35 points and we're probably a few points off where we wanted to be but we've still given ourselves a good opportunity to really attack the second-half of the season.

"If we get the home form right then we'll be right up there."