Swindon Town returned to winning ways in emphatic fashion this afternoon after beating Crewe Alexandra 3-0 at Gresty Road in their final outing before Christmas.

It was scintillating stuff from The Reds in a dominant first-half and they were in cruise control at half-time thanks to efforts from Kaiyne Woolery, Amine Linganzi and Luke Norris.

Town had further chances to extend their lead in the second-half but extra goals were not needed in the end with the rest of the game seen out with ease to secure a big three points.

Dave Flitcroft made two changes in total with Ellis Iandolo and Donal McDermott dropping to the bench and James Dunne and leading scorer Luke Norris both returning to the Starting XI.

With the defeat to Colchester United over a week ago, Town were looking to stop the rot and get back to winning ways.

And, despite having to contain a lively Crewe team in the opening few minutes, the Reds threw off the shackles and quickly stamped their authority on proceedings.

Keshi Anderson was allowed to cut in and bend a shot against the post which rebounded off Kaiyne Woolery and into the back of the net. 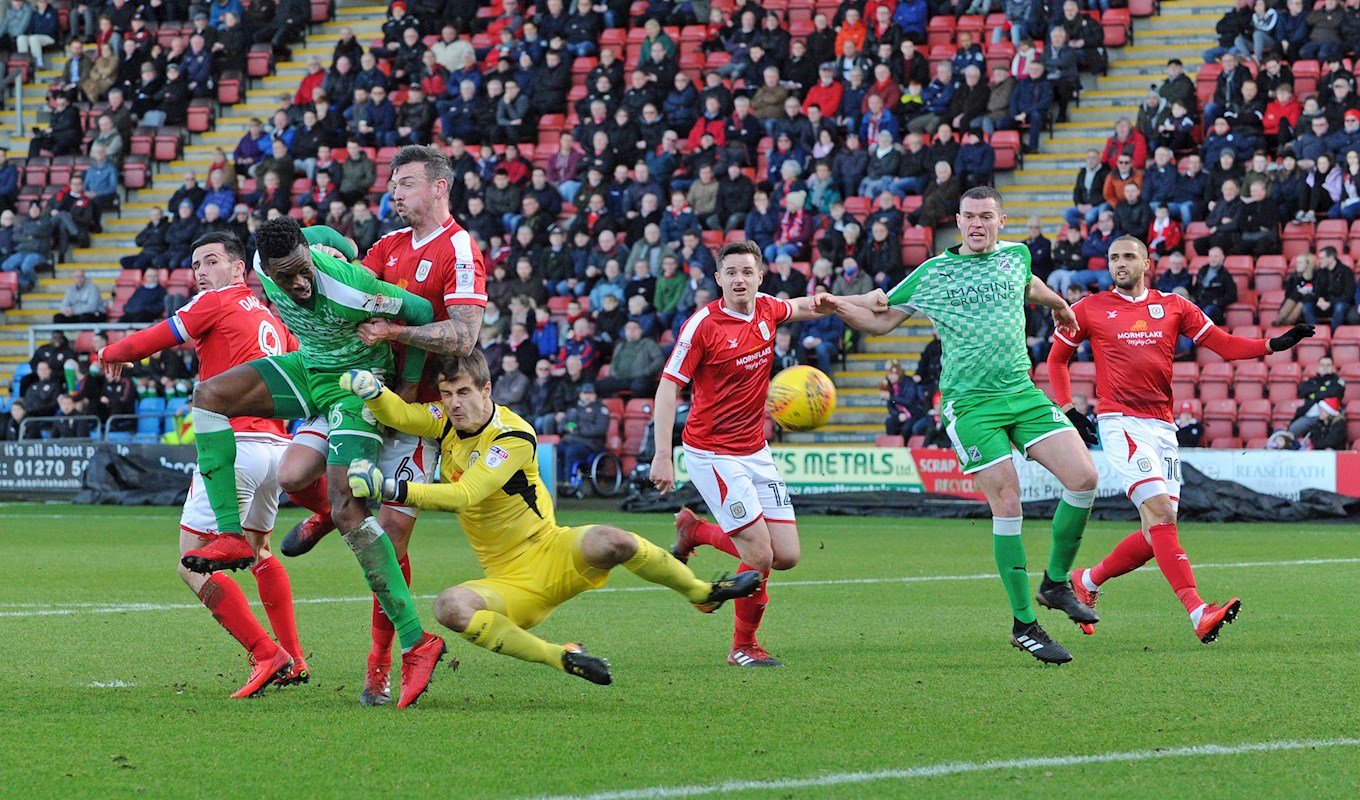 Anderson then nearly got in on the act himself as he burst into space before firing a low effort at Ben Garratt, who gathered the loose ball at the second attempt.

But the Crewe stopper was unable to prevent the visitors from doubling their advantage moments later as Amine Linganzi glanced home a header from Matty Taylor's free-kick.

And just minutes later it was 3-0 with Luke Norris converting from the penalty spot after Anderson was hauled down inside the area.

Town were flying and they were in no mood to relax with Woolery the latest player to get in behind the home defence, although he was unable to steer a shot beyond Garratt.

Crewe did create a chance of their own as Callum Ainley found Zoumana Bakayogo with a superb ball, although the winger could only flash a shot across goal.

It wasn't long though before Town were back on the hunt for another goal and they came close just before half-time with Paul Mullin scooping an effort over the bar. 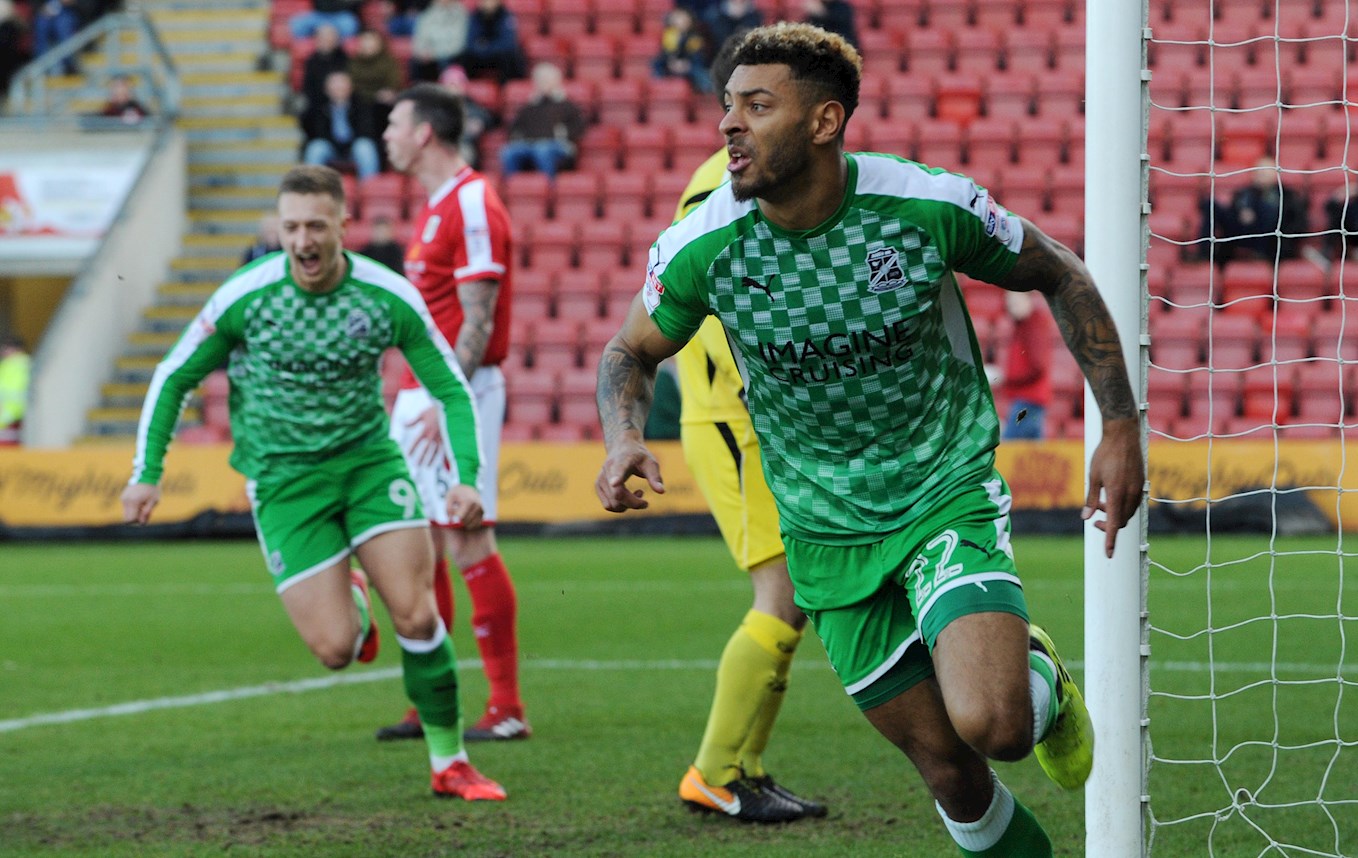 Town carried on from where they left off after the break as Woolery thudded a shot against the post, before Norris was denied on the rebound.

Linganzi then sent a tame header into the arms of Garratt, before Matty Taylor sent a free-kick from the edge of the area crashing against the crossbar.

Town opted to make their first change of the game with 70-minutes remaining as Kellan Gordon replaced Norris, who had scored his tenth goal of the season earlier in the afternoon.

Swindon were doing a very good job of seeing the game out and slowing the tempo down, which meant that chances became few and far between.

Crewe did have an opportunity to pull one back however, although Chris Porter was unable to beat Vigouroux with a low drive, before Chris Dagnall glanced a header wide.

Town then made another couple of alterations as Ellis Iandolo replaced the impressive Woolery and Mullin made way for John Goddard, and that proved to be the final meaningful action of the game as the visitors celebrated a vital three points. 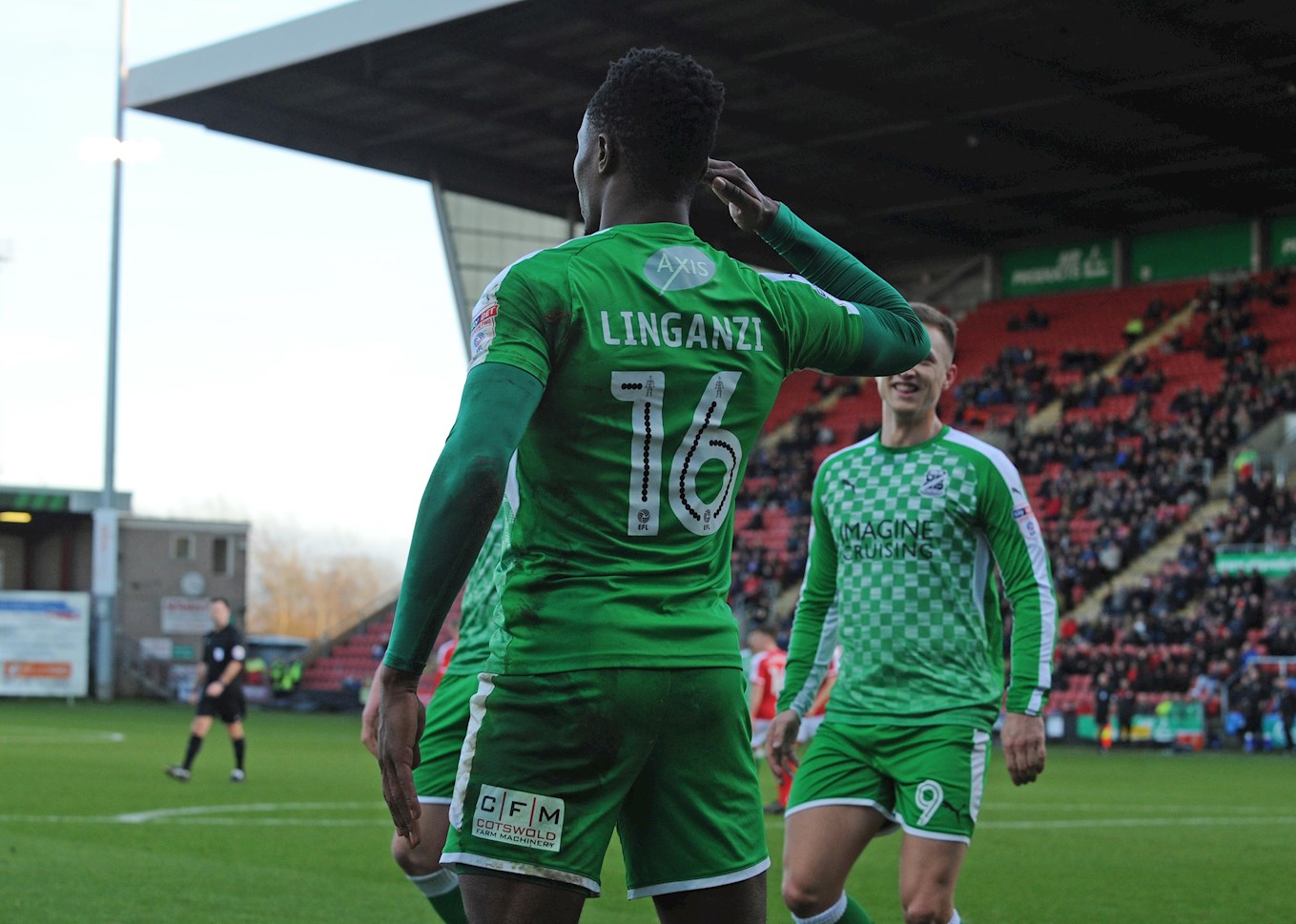