Swindon Town were undone by a late goal on their way to suffering a 3-2 defeat to Colchester United at The Energy Check County Ground this evening.

Kaiyne Woolery showed great composure to open the scoring but his side were unable to protect their lead with Frankie Kent restoring parity.

Mikael Mandron then fired the U's ahead before Kellan Gordon levelled things up, but Colchester were to have the last laugh with Sammie Szmodics bagging the winner.

Chris Robertson and Kyle Knoyle, who both started the last outing against Forest Green Rovers, dropped to the bench while leading scorer Luke Norris missed out through injury.

Town were looking to get back to winning ways and they carved out the first chance of the game with Matty Taylor sending a free-kick from 25-yards straight into the arms of Sam Walker.

Paul Mullin then sent a curling effort inches wide of the post from distance following what was a fairly tame opening to proceedings.

Both teams were battling hard but clear-cut chances were proving to be hard to come by at either end. 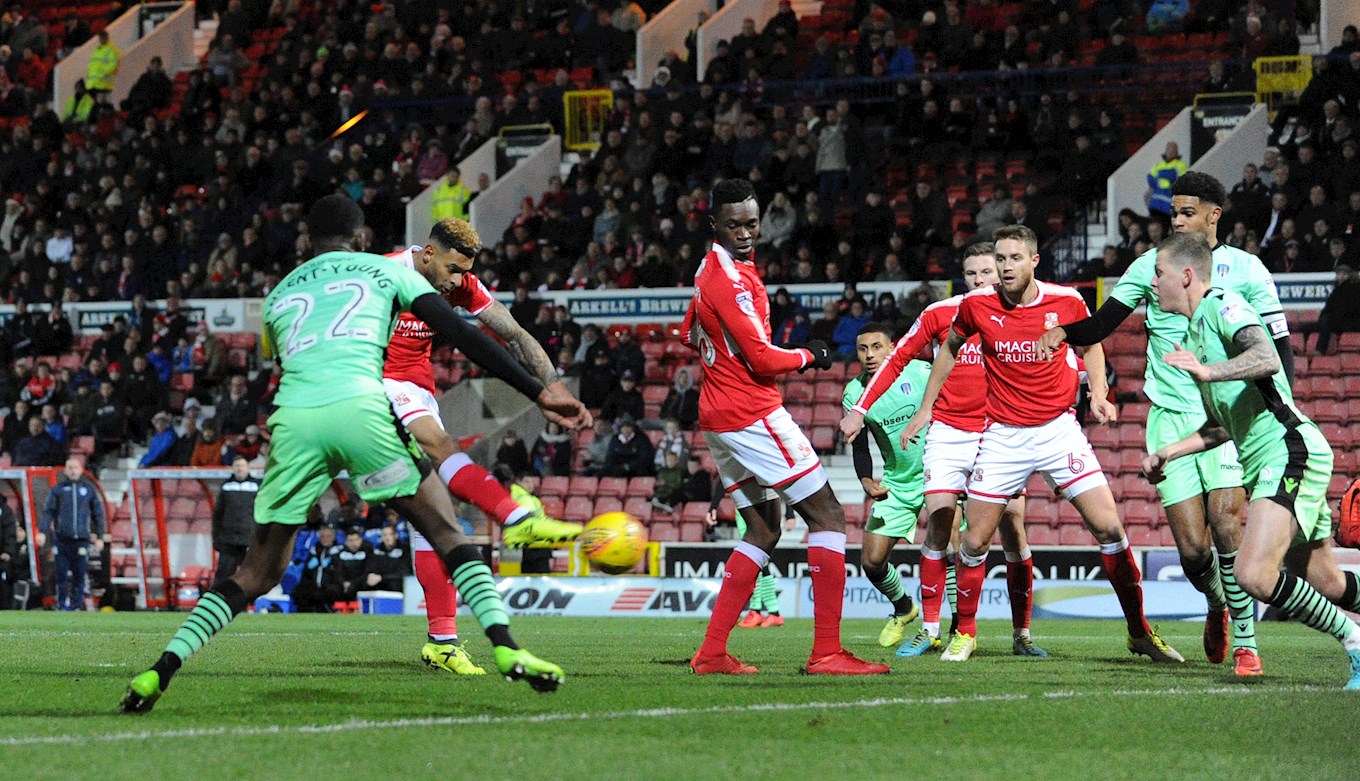 There was an opportunity for the visitors as Kyel Reid pounced on a loose header from Ben Purkiss before blazing over.

But the opening goal of the game did finally arrive and it came with 37-minutes gone on the clock as the Reds landed the first blow of the night.

Taylor's whipped free-kick was only headed clear as far as Kaiyne Woolery, who kept his cool to lash home emphatically.

However, Town were pegged back on the stroke of half-time as Frankie Kent slammed home from a corner.

Following that setback, the Reds decided to make a couple of changes at the break with Kyle Knoyle and John Goddard replacing Ben Purkiss and Keshi Anderson respectively. 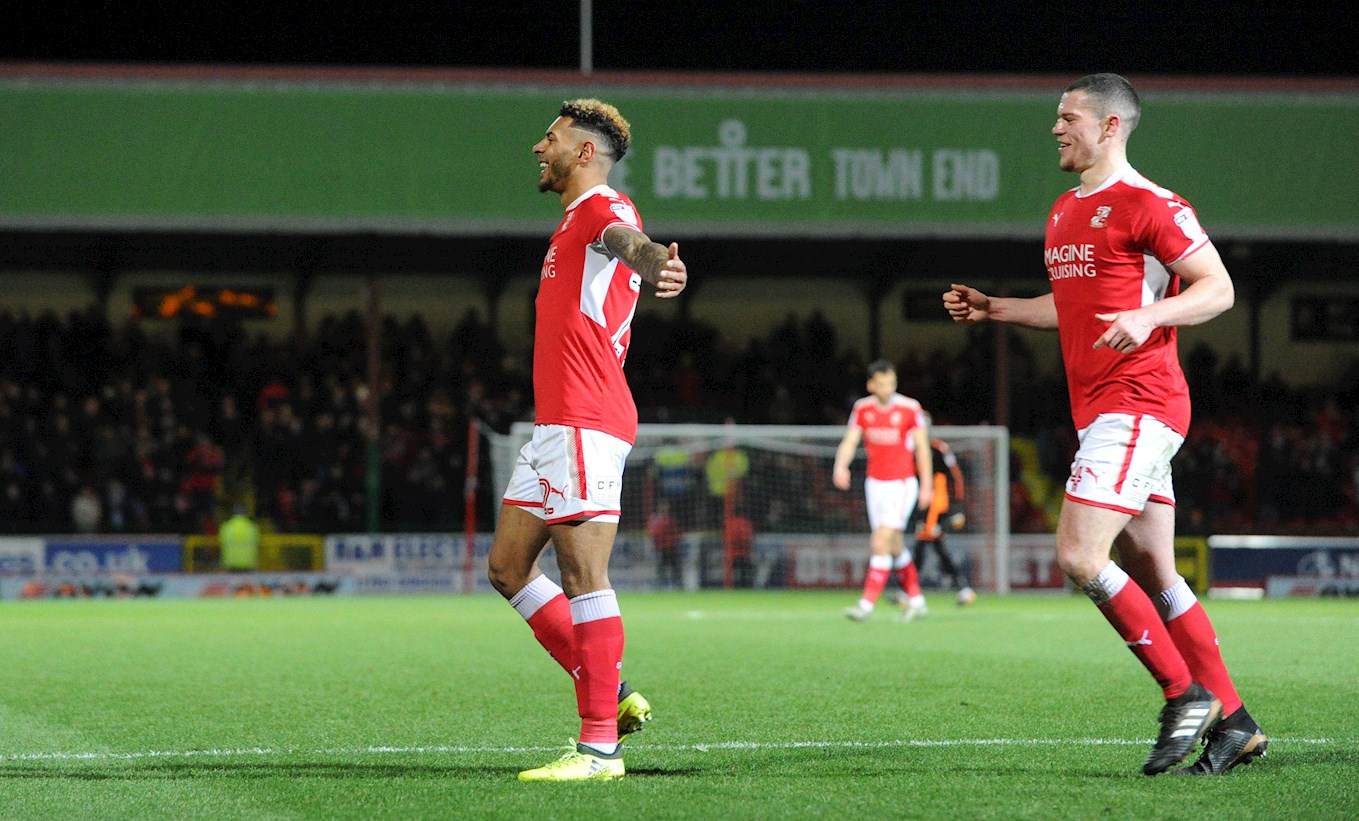 Similar to the first-half, there was a lack of action in both penalty areas as the two teams were successful in cancelling each other out.

There was the odd chance here and there though as Taylor fired wide from distance, before the next goal of the game arrived.

But it was Colchester who were able to celebrate after Mikael Mandron headed home from Reid's free-kick.

Reid sent a volley high and wide after sending his free-kick into the wall, before Town made another change with Kellan Gordon replacing Donal McDermott.

Goddard was then off-target with an effort but it didn't matter as Gordon was able to drill home from a corner to level things up once again moments later. 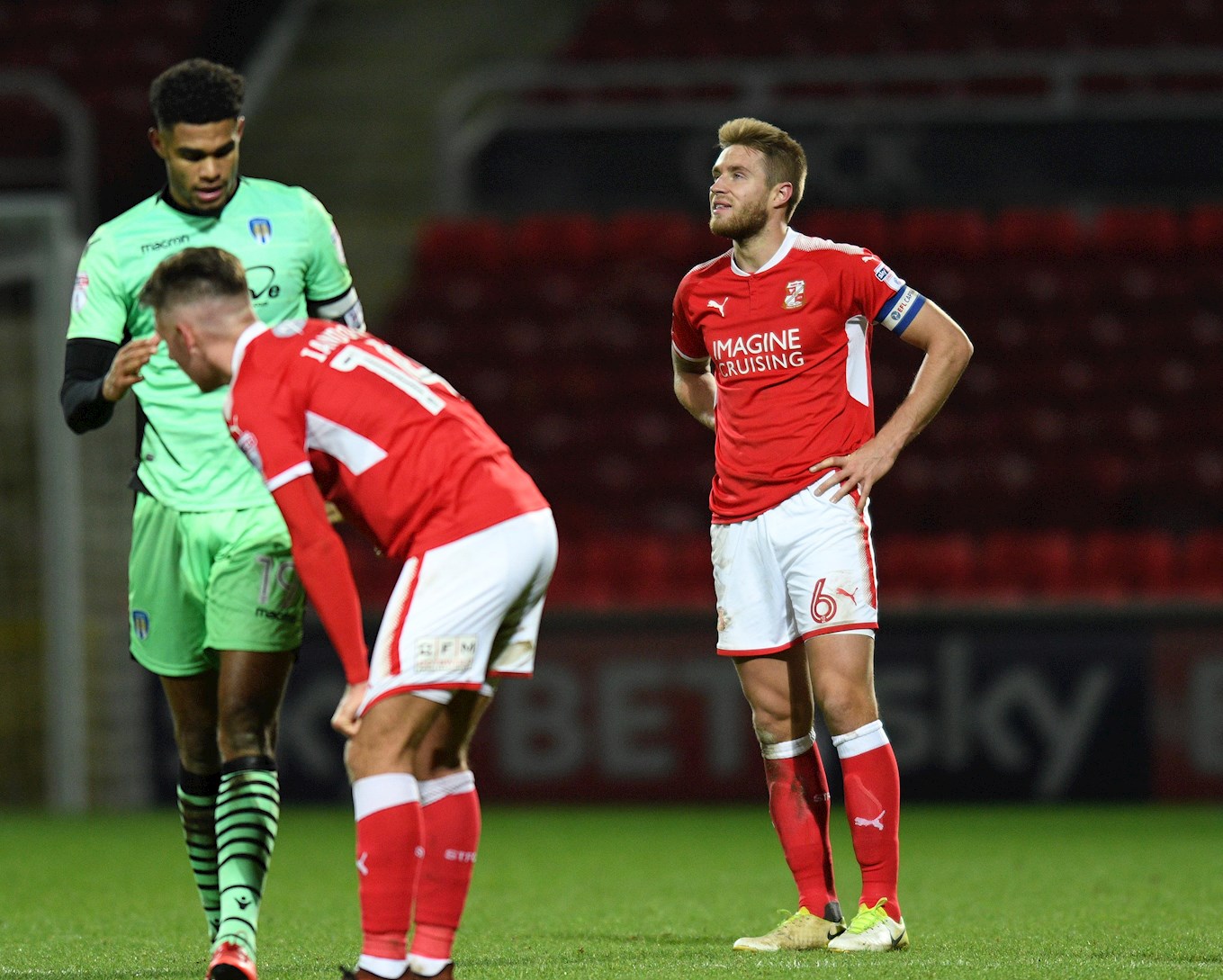 That joy was short-lived though as the U's wasted little time in finding the back of the net once again, Sammie Szmodics this time drifting past his man before tucking home beyond Lawrence Vigouroux, and that proved to be the winner.