Ben Purkiss is determined to help Swindon Town get their name in the hat for the Third Round of The FA Cup this afternoon.

The Reds are in Second Round action at Stevenage today (3pm Kick-Off) and Purkiss is focused on getting the job done at The Lamex Stadium.

"I think The FA Cup is always a big deal," he said.

"I know a lot has been made of Swindon's history in The FA Cup in the last four or five years, when the Second Round has been out of reach, as it were.

"I think we're all looking forward to the tie.

"We've been successful away from home this season and we'll be looking to carry that on.

"There is always that carrot in the end of the Third Round and that's what we'll be looking to achieve.

"I've been in the game long enough and even in the league if you start thinking 'if we beat Newport we'll be in this position,' then you almost get carried away and forget to take care of business on the day. 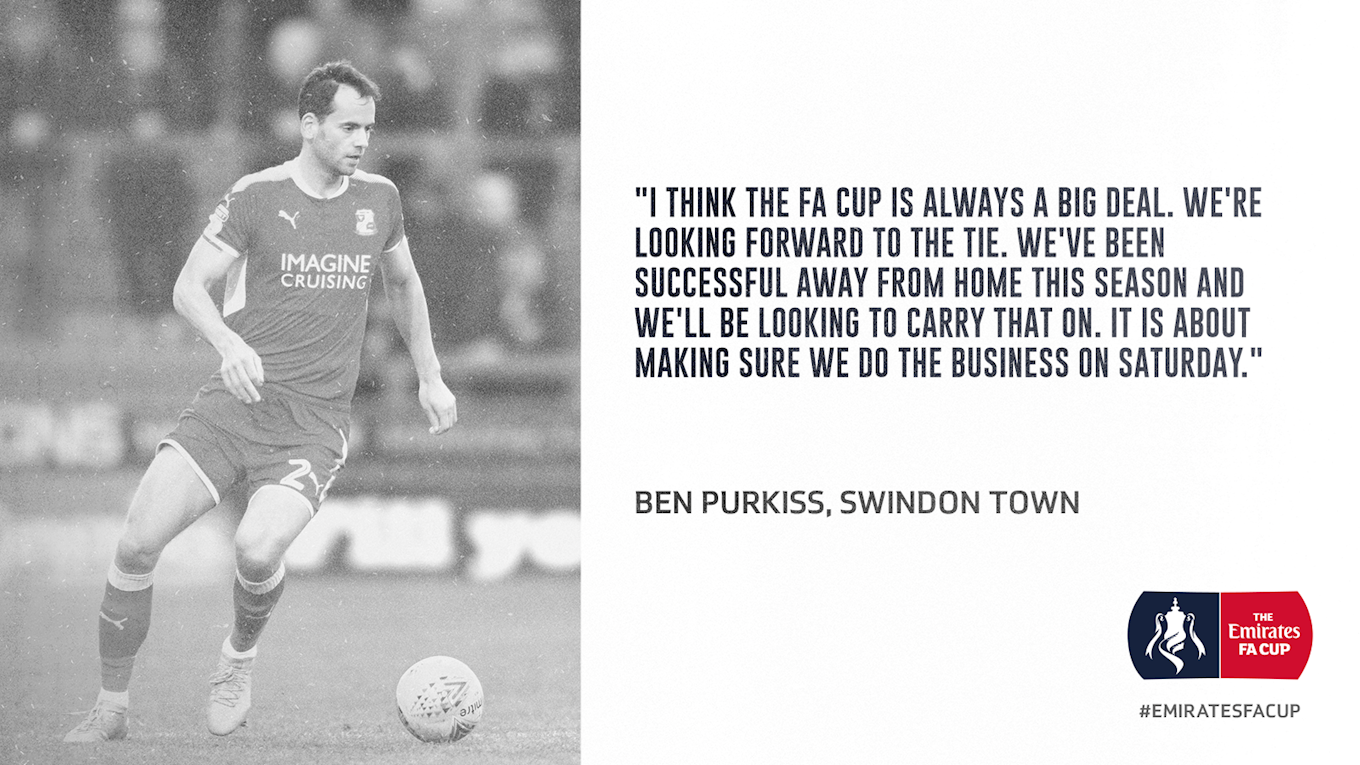 And Purkiss has revealed what his dream tie would be should Town make it through to the Third Round today.

"Everton were my team growing up and and I've never in my career played at Everton, so I would love it.

"I'm not sure the rest of the Swindon fans would pick Everton.

"You'd like a Premier League team, home or away. You get to enjoy the atmosphere at the ground, the facilities and that type of thing.

"But we can't worry about that - it is about making sure we do the business on Saturday.

"Get in the hat and see what happens."