Swindon Town Boss Dave Flitcroft spoke to the local media in the wake of our 5-2 defeat to Stevenage in the Emirates FA Cup on Saturday.

"I think the third goal just before half-time is a really important one.

"If we go in at half-time at 2-2 then it could look a different outcome but the fourth goal just takes the absolute stuffing out of the players.

"We've conceded sloppy goals, we've conceded poor goals and you get what you deserve when you concede those types of goals.

"It is unlike us away from home to concede that many goals but we had a warning sign at Grimsby with the really poor goals conceded there and, even though we've worked on quite a lot of things this week, it has happened again.

"I spoke to the players about what the FA Cup meant to us as a football club, what it meant to the travelling fans and I must apologise to them for the goals conceded.

"I can accept it off younger players at times if they make mistakes, but the experienced players is difficult to accept.

"I'm bitterly disappointed with the manner we've conceded the goals and we shouldn't have even been trying to fightback to get to 2-2.

"The first goal is a corner where we've not picked up the first header, we've not got the second one and all the goals have come too easily. 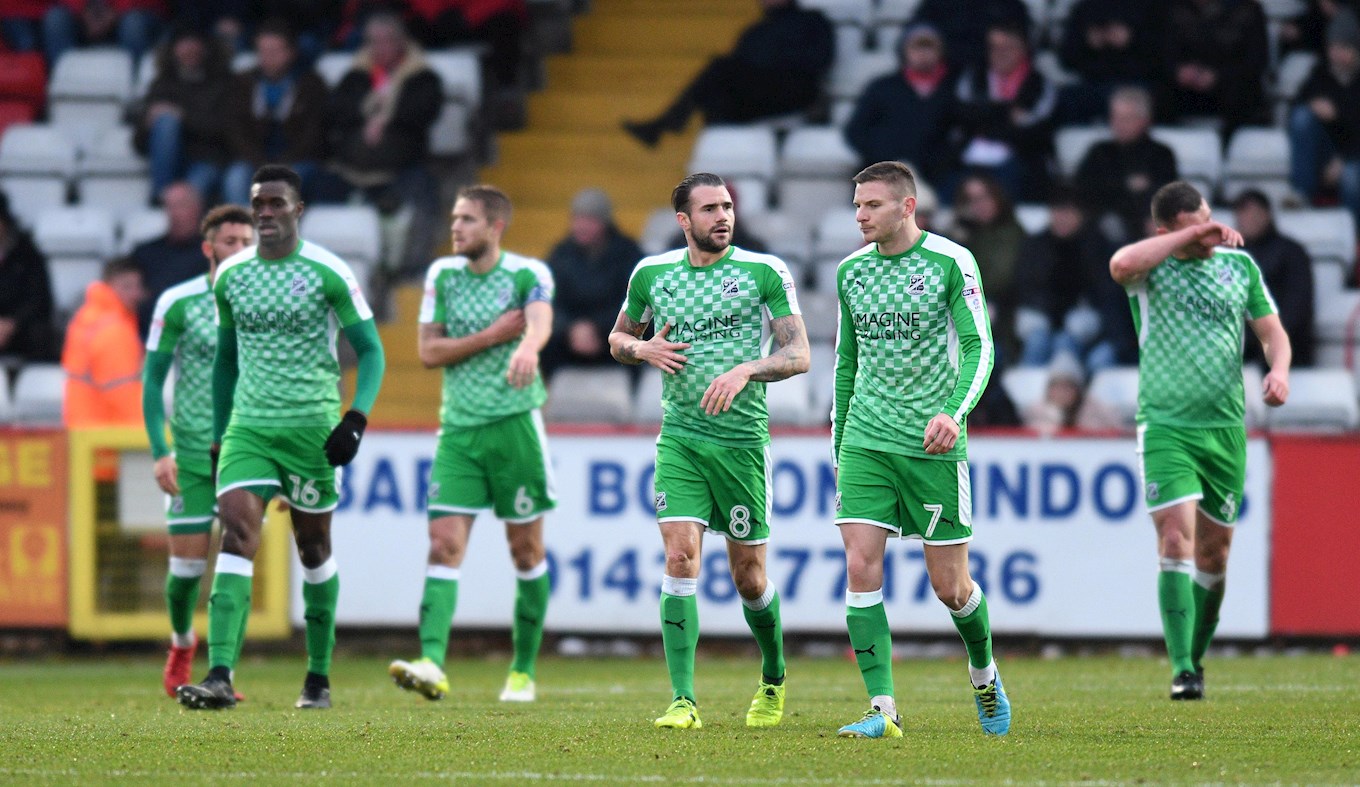 "We worked on Tom Pett coming in and Purks (Ben Purkiss) coming in with him, and when he doesn't he smashes it and it is 3-2.

"It didn't, they scored it and I don't think they really worked a goal well, it was more from our sloppy play and giving the ball away in bad areas.

"We've not defended our box with any of the authority that I want.

"I'm absolutely gutted that we're not in the next round of The FA Cup and we stressed all week the importance of getting into that Third Round and what it means to people, what it means to the football club and we've not turned up in defensive situations today." 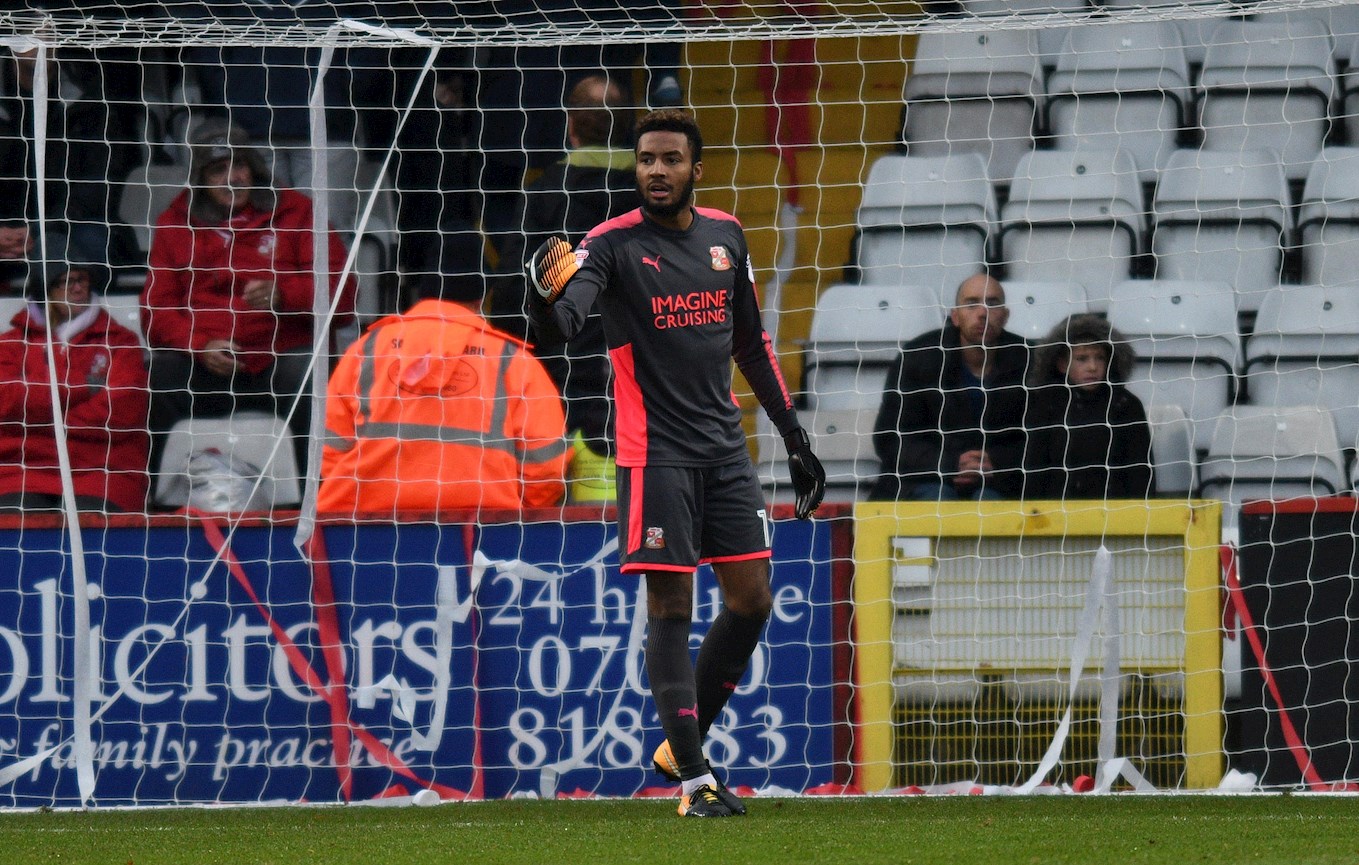 "He had a really good training week.

"We wanted to try and switch the play through him at times and I wanted his precision.

"He came in and it was a difficult decision to let Reice (Charles-Cook) know, but he understood it and we've got two keepers fighting it out for one position." 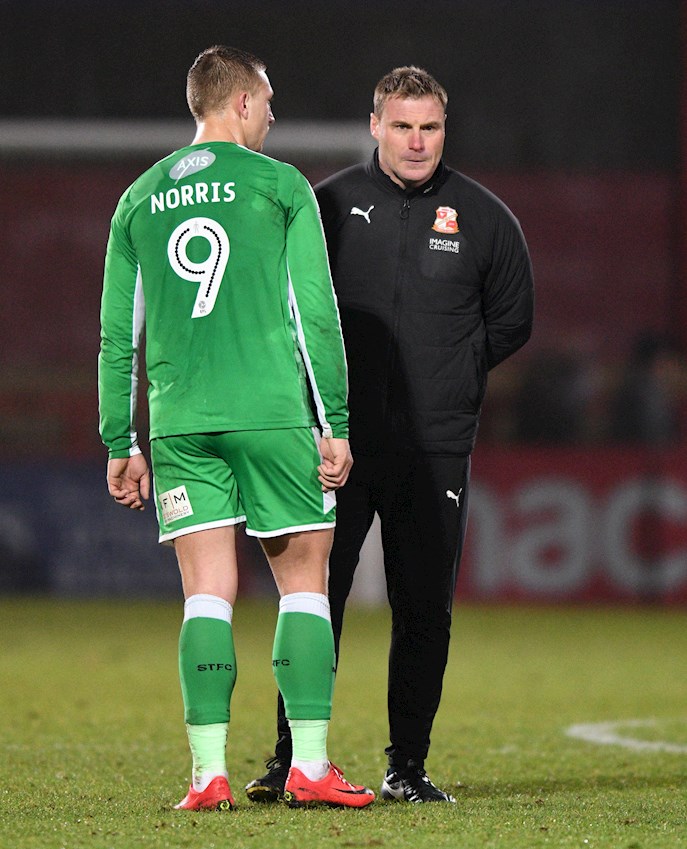 ON LUKE NORRIS AND AMINE LINGANZI:

"Amine has been out three weeks now and it was touch and go, but he wanted to play, he wanted to get us into the next round and he wanted to be out there which was important.

"He has come through it.

"Luke Norris is as gutted as anyone in there because of the opportunity he had but he came through it and we'll know more tomorrow about if there is any reaction to the injury sight."