Town Boss Dave Flitcroft says that all of his players are raring to go for today’s pre-season test against Woking.

The Reds are in pre-season action for the penultimate time this afternoon at the Laithwaite Stadium, and the gaffer is looking forward to the fixture.

“We’re all gearing up now for Woking,” he told members of the local press.

“We did a session on Friday morning and it looked like to me that the players are ready for it.

“They were very lively in their work and they are very enthusiastic about going to Woking.

“We’ve still got a clean bill of health and we still look good.

“We’ve got through an extensive pre-season with quite a lot of competitive games and we’ve come through it really well.”

Meanwhile, the Reds will bring the curtain down on their pre-season campaign on Tuesday with a short trip to Chippenham Town, and Flitcroft revealed that a number of the club’s younger players will get a chance to impress at Hardenhuish Park.

“We’ll put a very, very young team out at Chippenham and we are low on numbers,” he added.

“We’ve possibly got fourteen or fifteen players who are ready to go for the first game of the season, so I’m not going to risk certain players against Chippenham." 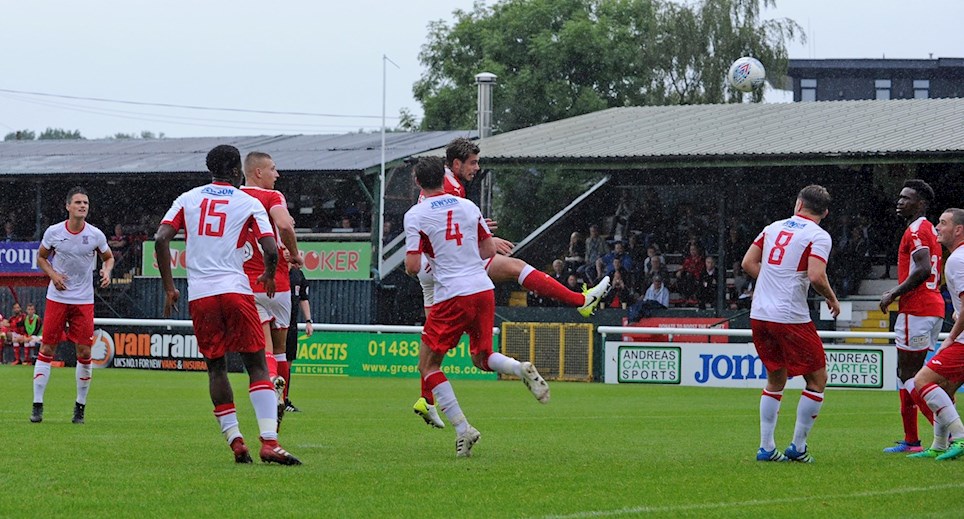 
Swindon Town turned on the style after the break to record a 3-0 victory against Woking in a pre-season friendly this afternoon.