Town Assistant Boss Ben Futcher was impressed with his side in the 7-1 win at Swindon Supermarine on Saturday and he’s looking for more of the same tonight.

The Reds opened their pre-season campaign in emphatic fashion at the weekend and they continue their preparations at Melksham Town later (7:30pm Kick-Off).

Town were impressive against Marine and Futcher wants to see another committed display from his players later.

“It was more the attitude rather than the performance that was pleasing. We worked hard all week and it was the end of a really tough week,” he told swindontownfc.co.uk exclusively.

“The players took everything that we worked on in terms of the pressing and the intensity and they all did really well.

“It is always when the players get that first game and they all enjoyed it.

“We used it as a training session and the result doesn’t really matter. It is nice to win any game of course but it is not the be all and end all at this stage.

“It is more about what the lads are getting out of it fitness wise and just making sure that we get no injuries.

“It is more about the fitness side of things at this stage and 45 minutes each was just what they needed.

“It was more like an extended training session but it was nice to see some of the positives come out of it.

“It was a good day all round.

“Tonight will be about fitness again for us and it is going to be another extended training session.

“We trained hard on Monday and we’ll expect the same attitude, commitment and performance tonight to the one we got at Supermarine.”

“Tonight will be about fitness again for us and it is going to be another extended training session. We trained hard on Monday and we’ll expect the same attitude, commitment and performance tonight to the one we got at Supermarine.”

Futcher also provided an update on the club’s search for more fresh faces with the new season drawing ever nearer.

“We’re still quite a few numbers down on where we need to be and we’re light upfront - there’s no hiding that,” he continued.

“We need more attacking players in and we’ve built up a solid spine, so we need to add to that now and branch out.

“There is a lot of work being done behind the scenes and it is difficult at times, there are a lot of teams at our level throwing a lot of money around so we’re trying to compete and we’re trying to sell it in other ways.

“But we’re really happy with what we’ve done so far and the players that we’ve brought in have bedded in really well and we’ve been really impressed with them.

“We’re hoping to get a few more in the building in the near future.” 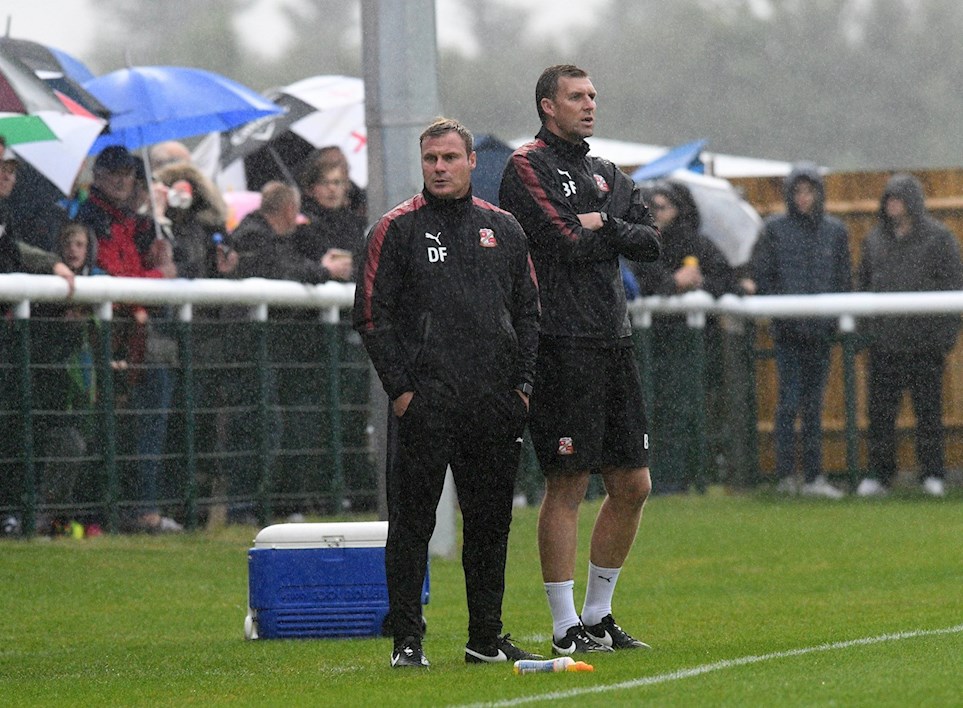 
Town Boss Dave Flitcroft was satisfied with his squad following another good night at the office on Tuesday. 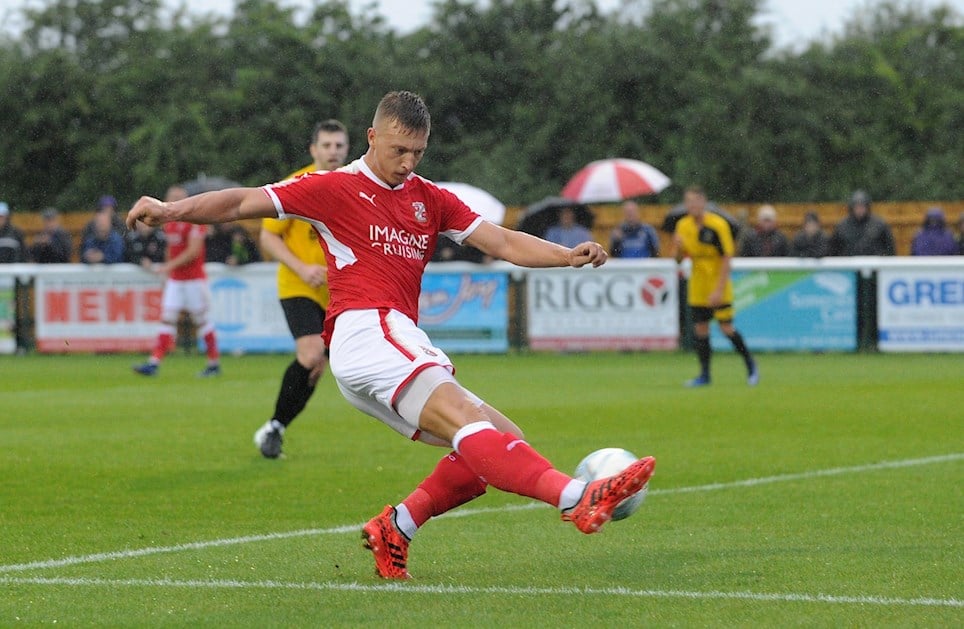 
Swindon Town made it two wins from two pre-season games this evening after beating Melksham Town 5-0 at the Oakfields Stadium. 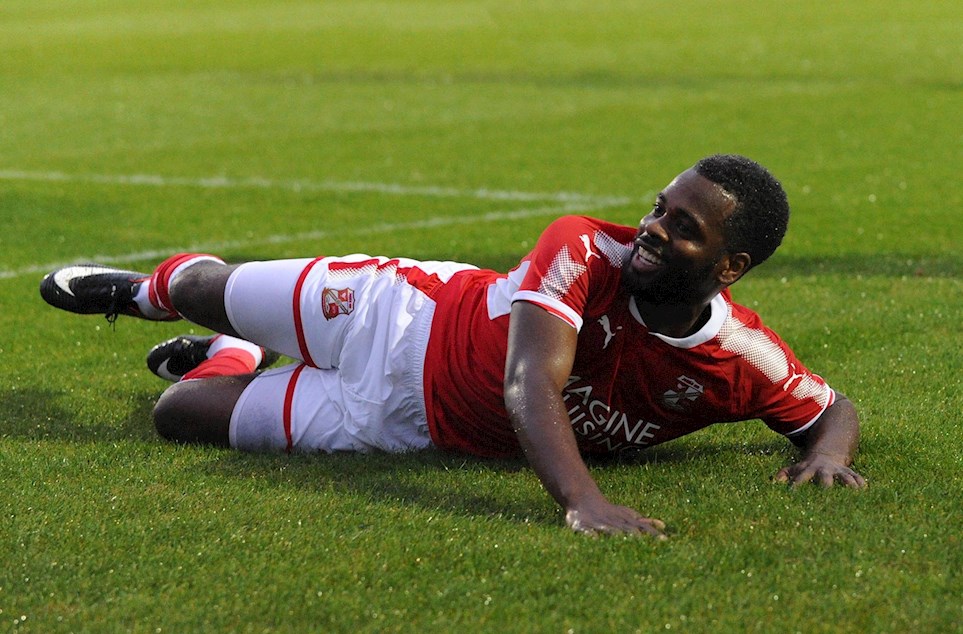 
Town made it two wins from two pre-season friendlies on Tuesday evening after beating Melksham Town 5-0 at the Oakfields Stadium. 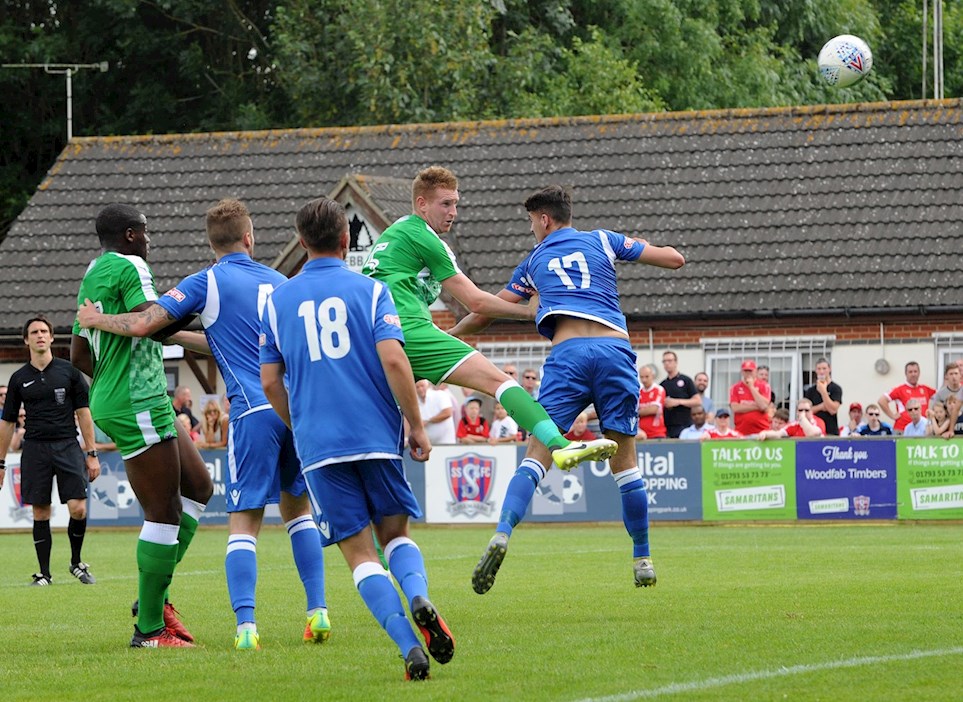