Chris Hussey felt that a change of approach and some stern words were the biggest factors in Town’s 3-0 win against Woking on Saturday.

After what was a cagey first-half with Lawrence Vigouroux forced into action on a couple of occasions, the Reds were a much different proposition after the break and they recorded a comfortable victory thanks to efforts from Luke Norris, Dion Conroy and John Goddard.

Town also switched to a 4-3-3 formation in the second-half and Hussey reckons that the tactical tweak, coupled with a rallying cry from manager Dave Flitcroft, paid dividends at the Laithwaite Community Stadium.

“It was a good win and winning is obviously a habit,” he told members of the press in the wake of the game.

“The first-half wasn’t great but we changed shape to a 4-3-3 after the break and we got so much more joy.

“I was getting into more advanced positons and getting more crosses into the box and there was a bit more space for everyone.

“The gaffer said that the first-half wasn’t good enough, which I agree with, but he got into us and we came out flying in the second-half. 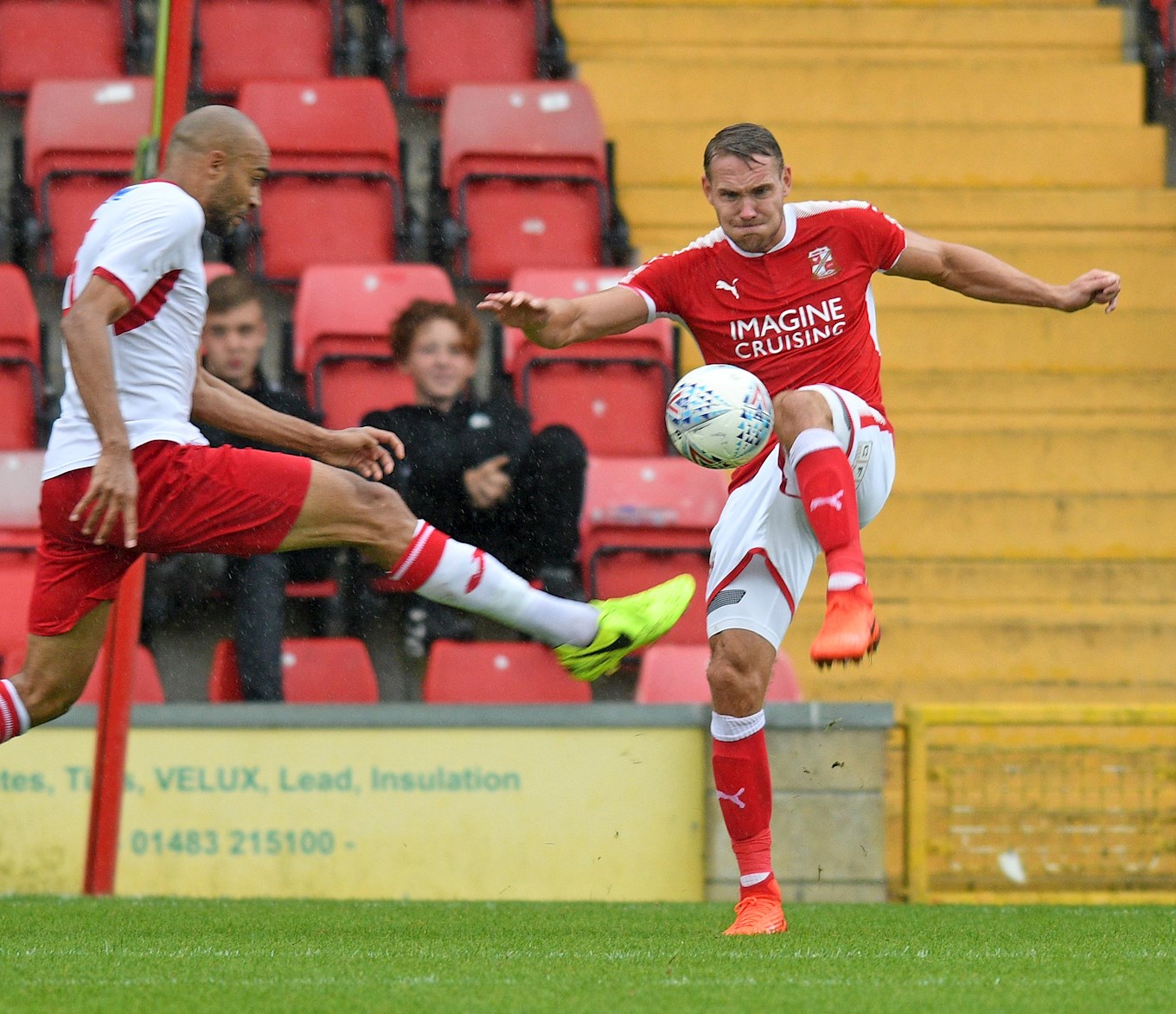 “Every game is going to be a battle for the first twenty-minutes and the game against Woking was just like that.

“They had a big lad up top and they were playing direct so any game is a battle for the first twenty-minutes, but our quality shone through in the end and that’s what we’ll be looking to do at Carlisle.

“We can do more than compete this season in my opinion. The gaffer has brought in some good players and we’ve got a good enough squad, you saw that with both John Goddard and James Brophy coming off the bench on Saturday and making an impact.”

Hussey is known for his attacking prowess having once racked up 17 assists for Bury from left-back and, having played a big role in two of his side’s goals on Saturday, he’s hoping to do more of the same for his new club in 2017/18.

“Getting forward is a big part of my game and I like getting forward, getting crosses in and setting up goals,” he added.

“I could have done better with a couple of corners on Saturday but I did set up 17 goals when I was at Bury, so I’m looking to do that again and help get this club back where it should be.”

“The gaffer said that the first-half wasn’t good enough, which I agree with, but he got into us and we came out flying in the second-half. Every game is going to be a battle for the first twenty-minutes and the game against Woking was just like that."

With the 2017/18 Sky Bet League Two campaign getting underway on Saturday, Hussey now can’t wait to get back playing for three points after going through one of the toughest pre-seasons of his career so far.

“When the gaffer took over he only had something like nine players to work with and the trip to Portugal was brilliant because everyone gets on with everyone,” he continued.

“if you want to be a winning team then everyone needs to be together and singing off the same hymn sheet and we’ve got that in abundance here.

“No one likes pre-season because it is really hard, you put the miles in and it has been tough this pre-season, probably one of the toughest that I’ve done.

“But I feel good for it, I feel fit for it and everyone wants to play games. You train for five, six weeks for that first league game of the season and I’m as excited as anyone for it.”