Summer signing Paul Mullin was thrilled with how his first outing in a Town shirt went but he wants that to be the start of things to come.

The lively forward, who joined the Reds for an undisclosed fee from Morecambe last month, made a dream start to his Swindon career on Saturday after netting a superb hat-trick in a 7-1 win against Swindon Supermarine.

That scintillating performance earned plenty of rave reviews and Mullin is hoping he can carry that form into the 2017/18 Sky Bet League Two campaign.

“You always want to impress in your first game for your new club and do as well as you can,” he told members of the local press.

“To get three goals in my first game is a great start but I just need to get ready for the first game of the season.

“If I can do that in the league then I’ll be thrilled. 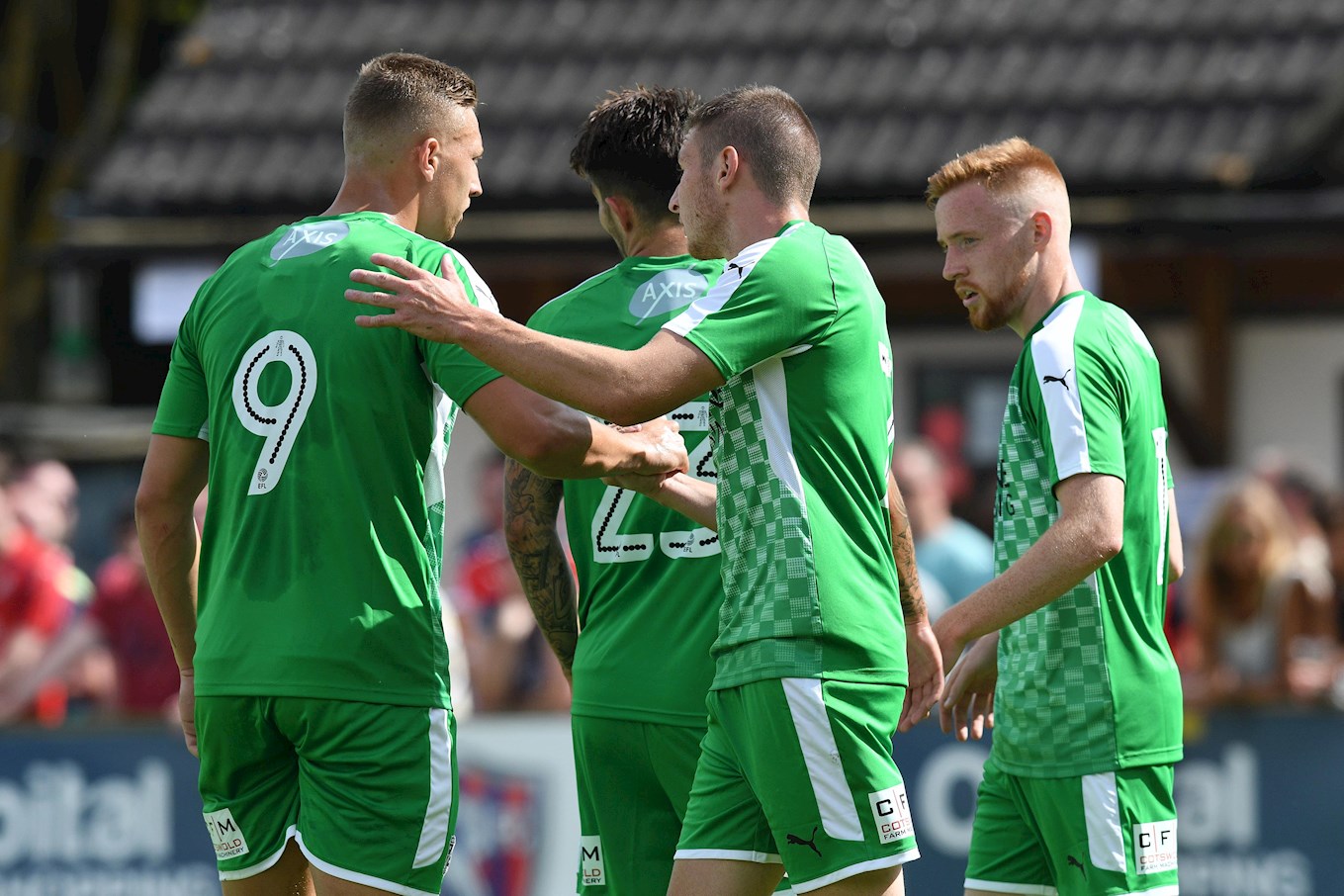 “Games like this, the first game back, are great and you are always going to play 45 minutes but it is great just to get back out there.

“We all haven’t had a game for three months and when it is your life everyday it feels like a year, so to get back out there was great.

“It is not just about fitness either, it is about winning a match and this year we want to win as many games as we can and it started today.”

There were a number of impressive individual performances yesterday and Mullin is excited about the potential of the Town squad.

“We’ve got a lot of good players here and I’ve come into a good squad,” he added.

“The gaffer is bringing good players in as well and we all seem to be clicking together in training already and in the game.

“I’m looking forward to working with all of them.

“To get three goals in my first game is a great start but I just need to get ready for the first game of the season. If I can do that in the league then I’ll be thrilled."

“All the lads are great lads, we all get on well and we all want to get the best out of each other.

“We’re pushing each other in training and the gaffer has asked us to set the standard for the year.

“The gaffer has made it clear from day one the aims of the club and hopefully we can get promotion at the first attempt.

“Saturday was a good start and hopefully we can carry on from here.

“I’m enjoying it here already, it has only been three weeks but I’m loving it and I can’t wait for the season to start.”