Luke Norris feels there is plenty to be positive about following Town’s convincing 7-1 victory against Swindon Supermarine on Saturday.

Despite the fact that it was only their first game of pre-season, the Reds dominated proceedings and entertained the many Swindon fans in attendance from start to finish.

Efforts from a trialist, Conor Thomas and John Goddard proved the difference at the break before the bar was raised in the second-half, a Norris strike and a superb treble from new arrival Paul Mullin making it a good day at the office for Town boss Dave Flitcroft.

And Norris felt there were plenty of plus points to take from yesterday’s run-out with sterner tests to follow in the coming weeks.

“These games are always difficult and they are no win situations because you win and you are supposed to win, but if you lose then there is a bit of an uproar,” he told swindontownfc.co.uk exclusively.

“We were very professional, we got the job done and it is a great start.

“It was the first game to get the rust out and to score seven is always good against any side.

“We’ve got quite a new-look squad this year, it has been like that since day one and everyone has gelled really quickly. 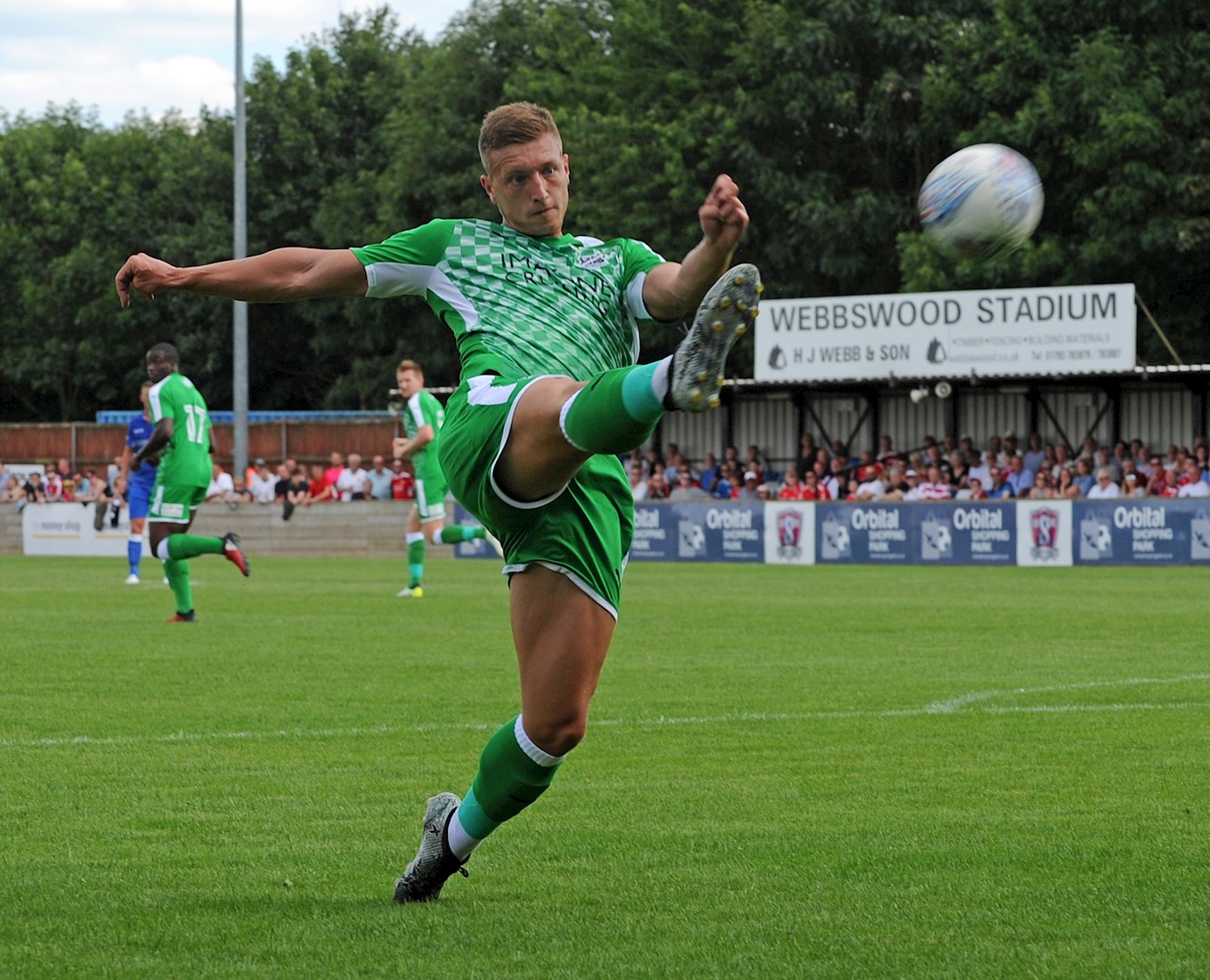 “That has come from the new management and the staff and they have worked tirelessly recently.

“It is all coming together nicely and there will still be a few new faces to come in.

“Things are looking on the up.”

Norris was on the scoresheet yesterday and he’s hoping he can now start to build some goalscoring momentum heading into the 2017/18 Sky Bet League Two campaign.

“Hopefully it can carry on into the league.

“All forwards play off confidence and if you are scoring goals in pre-season, no matter what the standard is, then you know things will go right and if you can take that into the league then it is going to help you.”

Dave Flitcroft opted to field two different sides in either half yesterday and he paired Norris and Paul Mullin up-front together, a move which paid dividends with the two contributing four goals between them.

“Paul has come in, he’s done really well and we’ve bonded from the start,” Norris added.

“We’re a similar age and we get on really well and we’ve spent a lot of time at training together.

“He’s a very good player as you can see and he’s going to improve our squad massively, which is great.

“We were very professional, we got the job done and it is a great start. It was the first game to get the rust out and to score seven is always good against any side."

“Hopefully we can take that partnership into the League Two season.

“He’s’ a different sort of player to me and you saw yesterday when it came in from Loz (Lawrence Vigouroux), he held it up, put James Brophy in down the flank and he crossed it and hopefully we can do a lot more of that.”

Town’s pre-season preparations continue on Tuesday with a game against Melksham, while a trip to Portugal is also in the offing and Norris believes that is just what the Reds need ahead of the new campaign.

“It is a trip we’re all really excited about and it is a trip I think we need now we’ve got a few new faces,” he said.

“It is going to be good for us and hopefully we can get a lot more tactical work done and then take that into the new season.”