Town Boss Dave Flitcroft felt there were plenty of positives to take from his side’s 3-0 win against Woking this afternoon.

In what was their penultimate outing of pre-season, the Reds were given a good test by their National League counterparts in the first-half, with Lawrence Vigouroux forced into making a couple of fine stops.

However, a change to a 4-3-3 system after the break paid dividends and Town finished with a flourish thanks to efforts from Luke Norris, Dion Conroy and John Goddard.

With the 2017/18 Sky Bet League Two campaign now just a week away, Flitcroft was keen to see how his side got on against a physical Woking side and he was pleased with the end result.

“There were certain aspects I enjoyed, some I didn’t and, like I’ve said before, we’re working towards something and it was an opportunity for us to create what we might come up against next week,” he told members of the local press.

“It was completely different to the other games we’ve played and they were quite a robust team, they had a striker who they hit quite early and it caused us one or two problems, but it was problems I wanted.

“When we got to grips with it in the second-half I thought it was a very emphatic performance and we made it easier for ourselves.

“Goals do that but you’ve still got to keep a clean sheet in any game and the two saves that Lawrence (Vigouroux) made just solidifies my belief of how far this kid can go.

“There were a lot of positives to take. 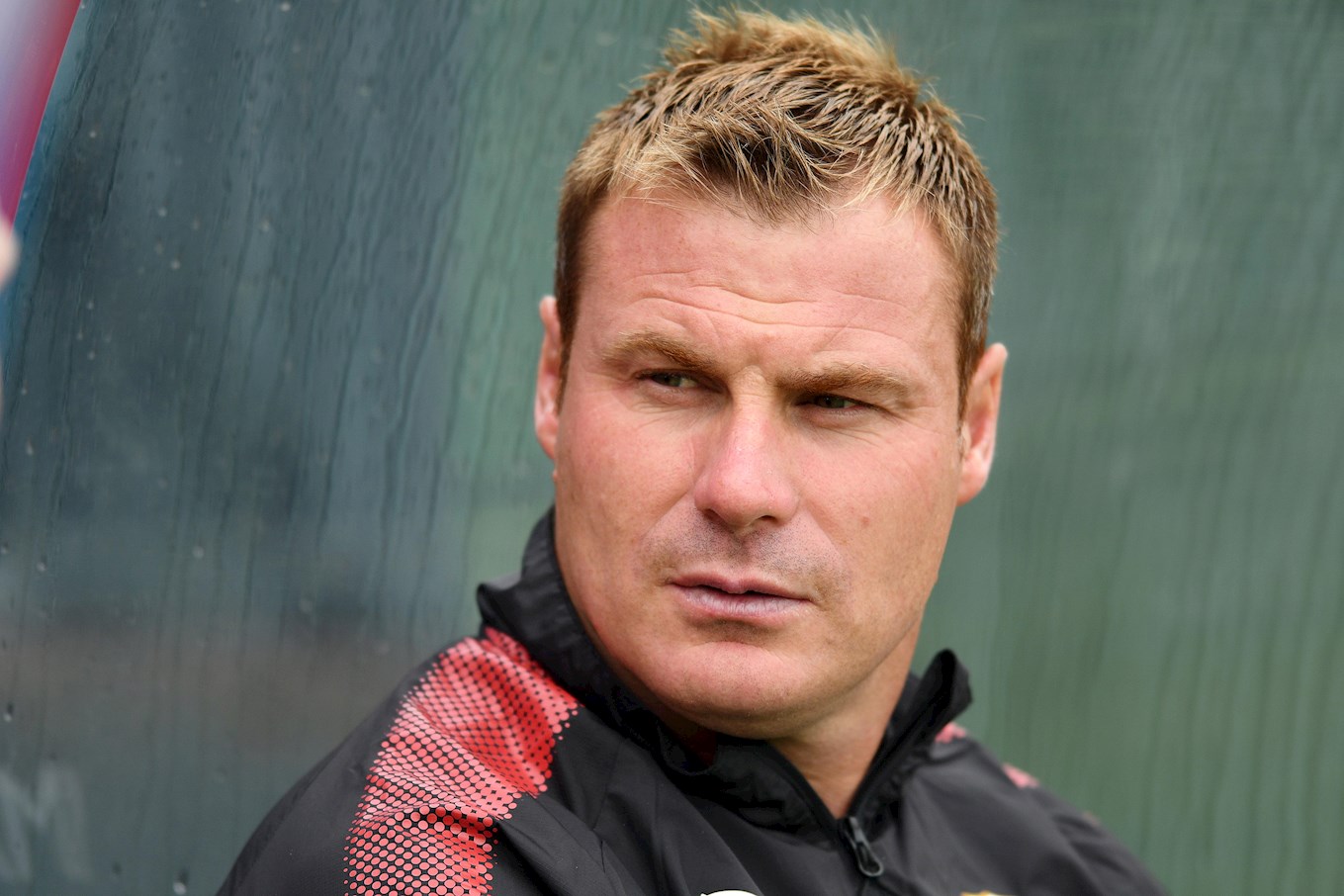 “We got some of it right but, again, there were bits we got wrong and we certainly know what we’ve got wrong today, so we’ll work on that.

“We’ve designed the pre-season because it wasn’t set and we’ve designed it keeping different aspects in mind.

“We had a tough game against Oldham, a really difficult game against Bristol Rovers, a different type of test against Benfica and then the game today.

“Right through it has been different games and we’ve designed pre-season for that. We’ve come through five games after today unscathed, which is really important for a manager.

“We’re low on numbers and getting them through to this end stage is something we had to do, and that is credit to the staff who work incredibly hard seven days a week to make that possible.

“We’re at the end of that now with a week’s preparation to do for Carlisle.”

Luke Norris produced a real workman like display against Woking, capped off with a goal, and Flitcroft was full of praise for his striker.

“His work-rate, his commitment, the way he has held the ball up and his closing down, he’s put it all together and I said that to him after the game,” he continued.

“I’ve seen glimpses in pre-season and he’s certainly put it together today.

“There were a lot of positives to take. We got some of it right but, again, there were bits we got wrong and we certainly know what we’ve got wrong today, so we’ll work on that."

“His goal was one where he kept fighting for that opportunity and the kid wants to score goals.

“He beats himself up when he doesn’t sometimes and I’m working with him on that, but his performance today certainly deserved a goal.”

Dion Conroy and John Goddard were also on the scoresheet and Flitcroft was delighted with the quality of goals scored by his side today.

“Chris Hussey’s delivery from set-pieces is phenomenal and the timing of Dion’s run was great and it was an incredible header,” he added.

“Johnny G’s goal to finish off with is typical Johnny G for me and it was a clever deep run and the finish was sublime.

“They were three well-worked goals and they were all different.”