Will Henry believes a real togetherness has been formed already amongst the Town squad out in Portugal.

The Reds have been put through their paces during a gruelling warm-weather training camp over the past week with tactical and fitness work the main points of focus.

Bonds have already been formed amongst the players and Henry has enjoyed the experience, despite the hard work that has been asked of him.

“It has been good so far but it has been tough,” he told swindontownfc.co.uk exclusively.

“We had the game against Bristol Rovers and that was another good workout for all of us.

“The hard work has certainly been put in but all of the boys are enjoying it.

“It is a different type of fitness for goalkeepers and our workouts are more short and sharp drills that are high intensity with rests in-between.

“That is game specific because I could have nothing to do for 88 minutes in a match and then I could be getting peppered with shots for the last two minutes, so it is all related to game scenarios.

“It has been hard work but it has been enjoyable.

“The team is really gelling together and the new boys have come in and have settled straightaway.

"We’re really getting that togetherness now and this week has been beneficial because we’re doing everything together and we’re getting to know each other really well.

Prior to heading out to Portugal, Henry was in fine form during the 1-1 draw with Salisbury last Monday, making a string of fine saves in what was his first 90 minutes of pre-season.

“It was a good game for me to play and it was obviously my first 90 minutes of pre-season, so that was good to get that under my belt,” he added.

“I made a few saves which kept us in the game and I thought I played well. My kicking could have been better at times but there is always something to improve on and overall it was a good workout.” 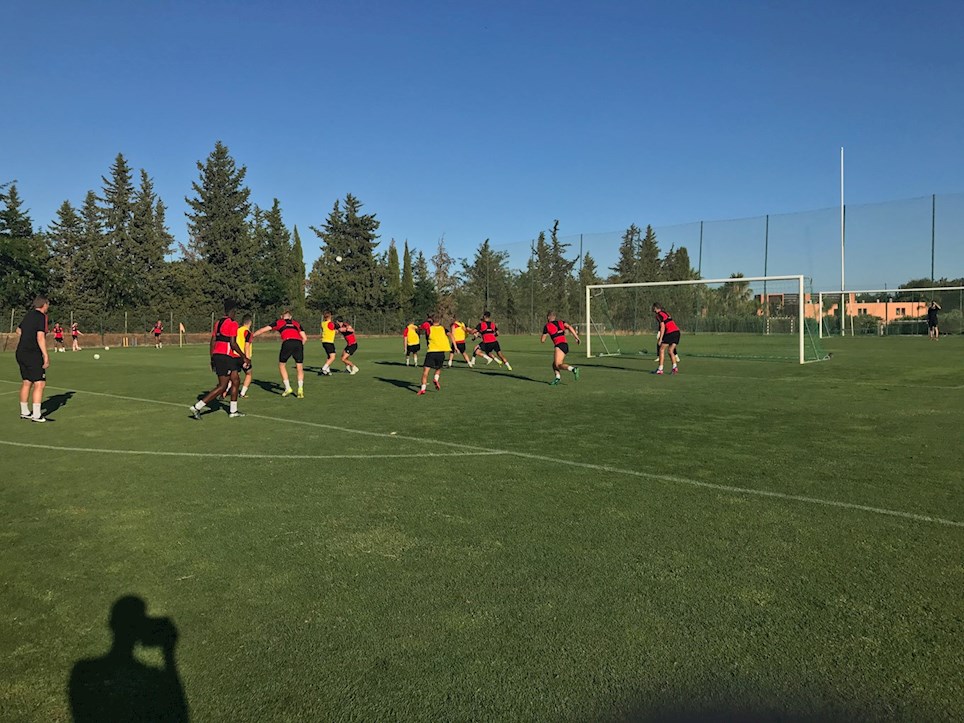