Teaming up with Prostate Cancer UK, the leading men’s health organisation, Jeff Stelling is aiming to raise £500,000 on his ‘March For Men’ challenge by walking 15 marathons in just 15 days!

Walking from Exeter City to Newcastle United, Stelling will visit 40 football clubs on his journey and a number of famous faces will join him along the way.

Last Sunday saw Jeff and Southampton legends Matt Le Tissier and Francis Benali pitch up at The County Ground on their way to EFL newcomers, Forest Green Rovers on what was Day Three of the challenge.

Speaking to swindontownfc.co.uk, Jeff said: “We’re walking 15 marathons in 15 days and the total is 400 miles. 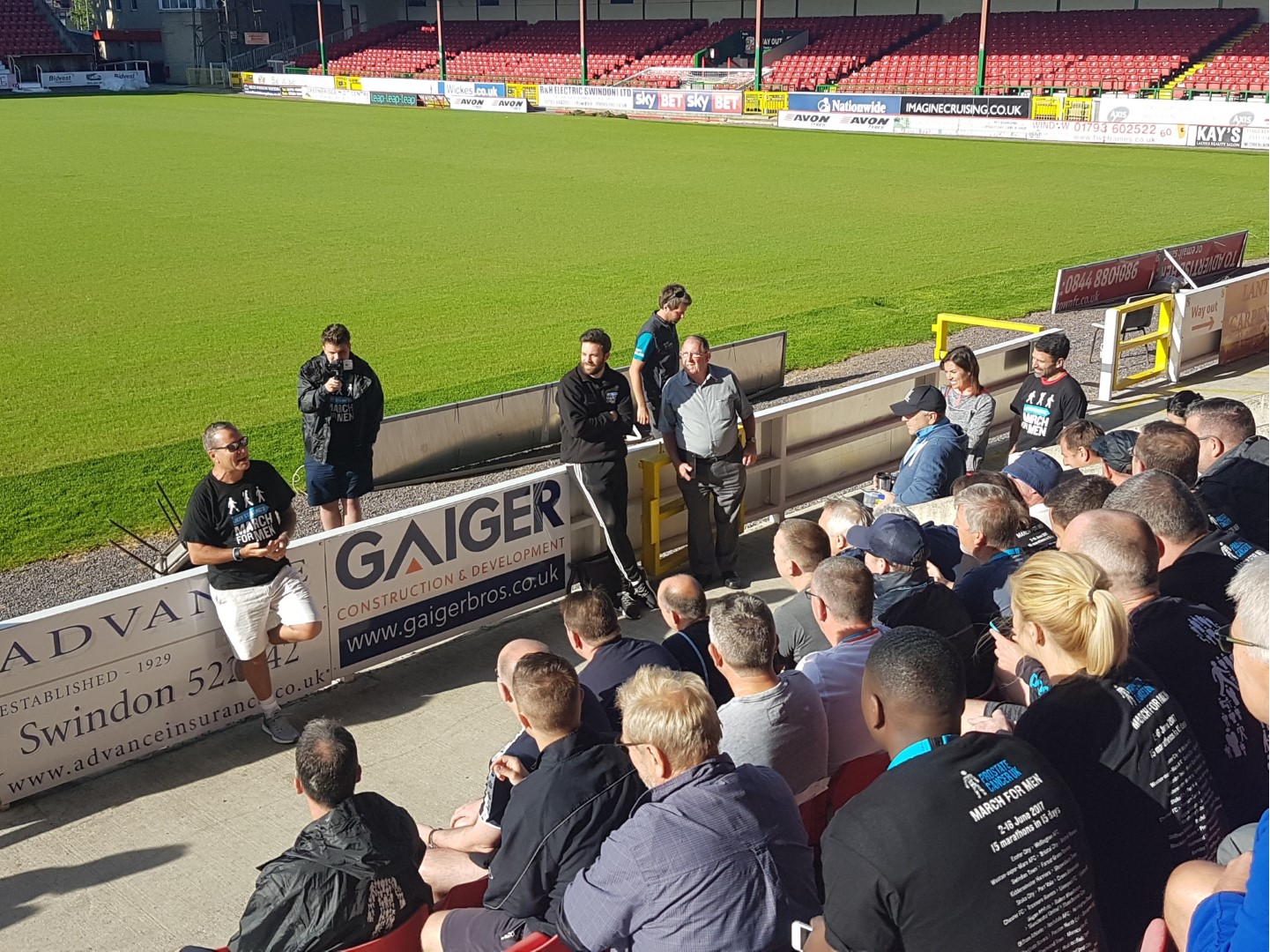 “In the time that it will take us to walk to Forest Green Rovers, which is about eleven hours, eleven men will lose their lives to Prostate Cancer so that is why we’re doing it.

“We’re getting fantastic publicity and that is what it is about – to get the message out there.”

Matt Le Tissier, who scored over 150 goals in 443 appearances for Southampton during an illustrious career, added: “It is all about getting the awareness out there for Prostate Cancer.

“I’ve worked with Jeff (Stelling) for a long time now, we’ve become good friends and it is only right that we should give him a little bit of support on this challenge he’s doing.

“It is a fantastic effort for him to do all the mileage he’s doing and it is nice to give him a little bit of support.”

Finally, Prostate Cancer UK is a cause that means a lot to Francis Benali and the former defender went on to explain why.

“It is something that is very close to my heart. My father-in-law has been diagnosed with Prostate Cancer and, thankfully, he’s undergone a successful course of treatment,” he said. 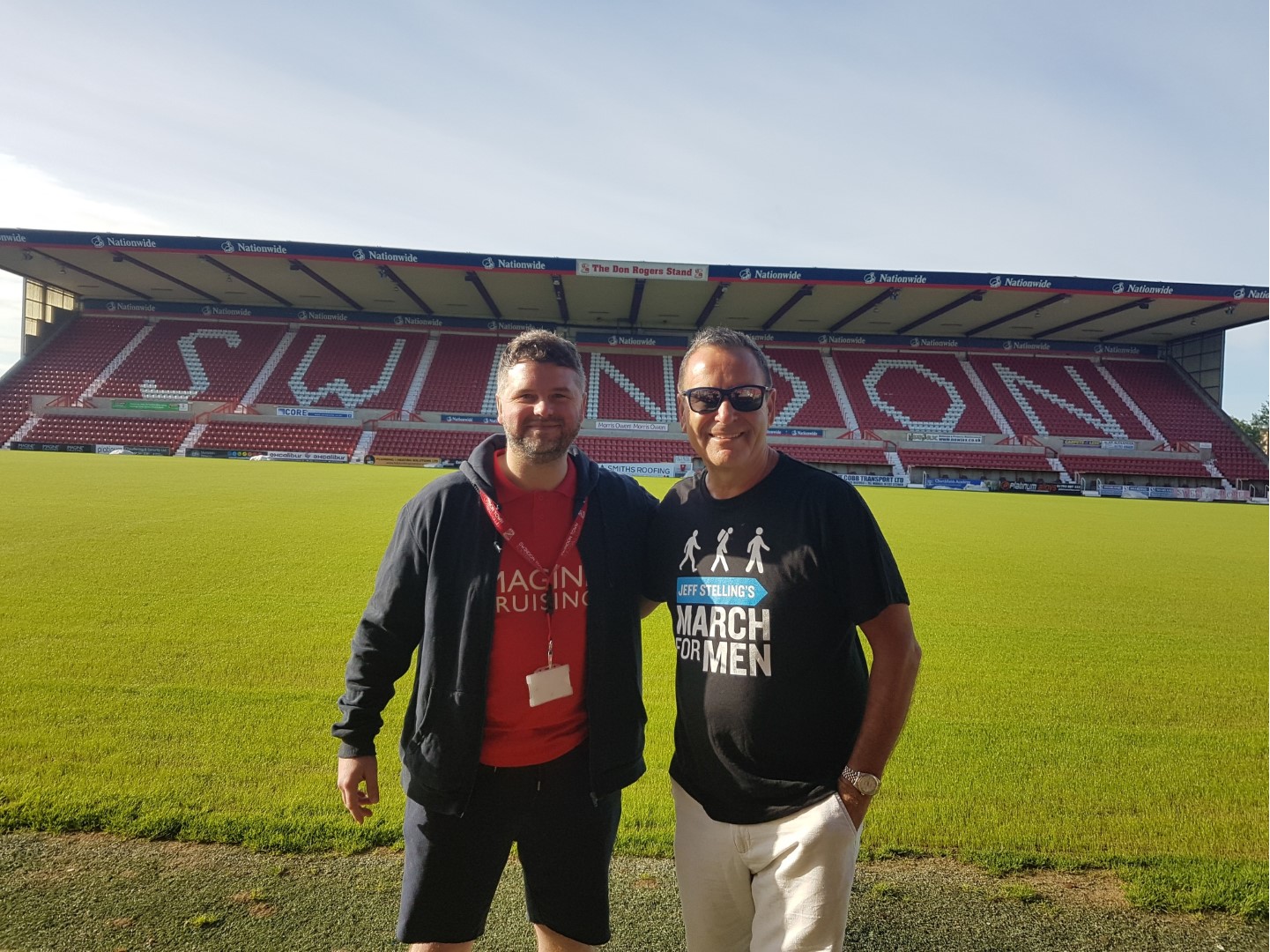 “It is something that is very dear to us and having experienced some charity challenges personally, I know what a difference it can make having a bit of support and people coming along to cheer you on and support you along the journey.

“It is certainly nice to come along and be part of the challenge. It is great to give Jeff (Stelling) a cheer too."